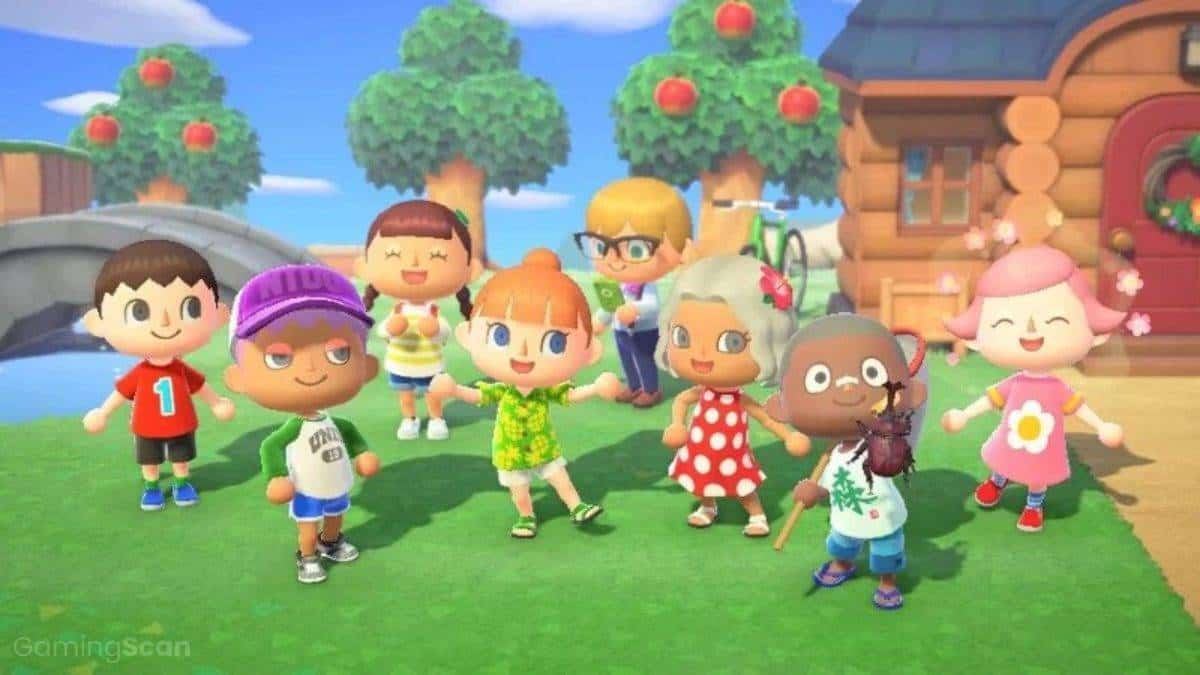 New Horizons introduces a variety of fresh features for Animal Crossing, such as a DIY crafting system, the Nook Miles rewards program, and island terraforming.

The game also includes a more robust multiplayer experience than previous iterations, offering the option to play locally with friends or online with up to 8-players inhabiting the same world.

In this guide, we’ll show you how to set up multiplayer as well as offer tips for staying connected with friends between visits.

If you would like to learn more about island living, check out our New Horizons tips and tricks guide to help get you started.

With a couple of joy-cons or an internet connection, you’ll be setting off on new adventures in no time.

New Horizons handles local multiplayer, or “couch co-op,” a little differently than other games, requiring each member of your party to share the same screen with one player acting as The Leader.  However, this feature doesn’t become available until the following conditions have been met:

Each player receives their own separate house along with total access to the island’s amenities, regardless if they’re the Resident Rep or not. Once a second player has joined the island, a new Call Resident app will be added to everyone’s NookPhone.

This app lets you call other residents who live on the same island and invite them to join your game by doing the following:

Note: You can have up to 8-players living on the same island but only 4-players in the same session at any given time.

The player who makes the call is automatically given the role of leader while the joining players are considered followers. Since New Horizons doesn’t allow for split-screen, followers will automatically trail behind the leader as they make their way around the island.

Additionally, the leader is the only player who can open their pockets, enter facilities, buy items, and carry materials.

Followers can still use tools as well as pick up any items, insects, and fish they desire; however, they’re automatically sent to the Recycling Bin located in Resident Services. Thankfully, the game allows you to easily swap leaders by shaking your controller and having the new leader press A.

If you and a friend are in the same area and each has their own Switch, as well as a copy of New Horizons, you may consider visiting each other’s islands via local wireless.

This method doesn’t rely on having an internet connection but does require you to have unlocked Dodo Airlines, which becomes available after Day 2 on your island. To set up local wireless multiplayer, do the following:

If you’re trying to join someone else’s game via local wireless, simply head over to Dodo Airlines and select “I wanna fly!” then “I wanna visit someone,” and lastly, “via local play.”

Orville will search for any available local islands, at which point your friend’s name should appear. We suggest doing this one player at a time to avoid anyone’s flight getting canceled.

Note: It’s recommended that the host and joining players stay close to each other (about 4-6 ft.) for the entire duration of the session. Otherwise, there’s a fair chance that the connection is going to timeout.

Setting up online multiplayer in New Horizons works similarly to local wireless, only with different selections. Since there’s no way to invite friends directly on the Switch, you instead have to tell Orville to open your island’s gates to visitors.

This is done by first unlocking Dodo Airlines by completing Day 2 on your island. From there, do the following:

Here’s a breakdown of what each selection means:

Note: If you ever want to remove players from your island, press the minus “-” button on your controller to end the session. If you just want to stop new players from joining your island, go to Dodo Airlines and ask Orville to “close the gate.”

If you’re trying to join someone else’s game via online multiplayer, head over to Dodo Airlines and select “I wanna fly!” then “I wanna visit someone,” and either “Search for a friend” or “Search via Dodo Code.”

When you want to return to your home island, simply press the minus “-” button on your controller or go back to Dodo Airlines.

How To Add Best Friends

Before you can become Best Friends with a player, you’ll first have to have the Best Friends List app installed on your NookPhone. To get it, head over to Dodo Airlines and ask to visit someone “far-away” “via online play.”

Orville will add the Best Friends List app along with the Chat Log app to your phone. Once that’s out the way, ensure you do the following:

Note: The Best Friends List app can also be used to manage/remove your existing Best Friends.

Note: You can’t place items or terraform on your island while hosting other players. Items can still be dropped.

How To Send Messages And Use Voice Chat

Aside from granting players more access to your island’s resources, becoming Best Friends gives you the option to message other players when they’re away. But, for this to work, you’ll both need to be online at the time of messaging.

If you’re hosting a player you’re currently not Best Friends with, you can still communicate via the Chat Log app or by pressing the “R” button on your controller while they’re on your island. These messages appear as speech bubbles above your character’s head and are recorded in the Chat Log app.

Alternatively, you can connect your copy of New Horizons to the Nintendo Switch Online app available on mobile devices.

This connection is called NookLink and allows you to access a host of exclusive features as well as type out messages directly from your phone. NookLink can be used to scan custom design QR codes and communicate via voice chat.

You can find out how to setup NookLink here.