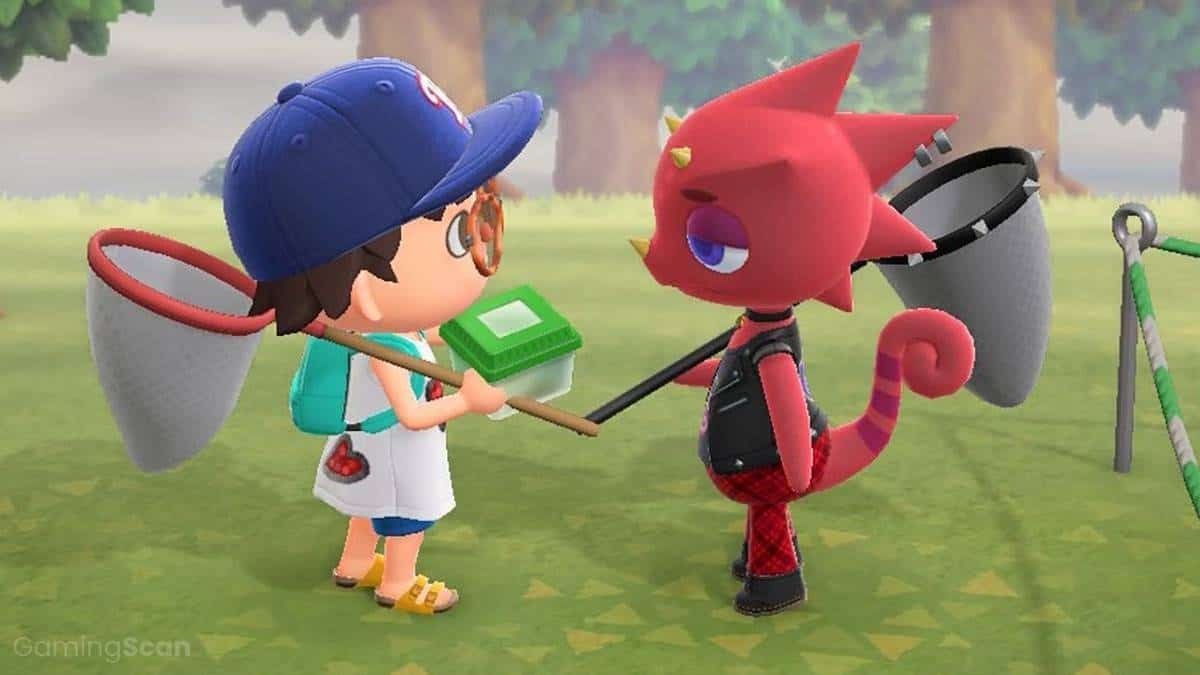 Animal Crossing: New Horizons features an array of eccentric characters who will visit your island from time to time, typically to buy or sell a specific type of item.

Among them are the turnip vendor Daisy Mae (pig), the fishing sports fan C.J. (beaver), and the artistic bug collector Flick (chameleon). While some vendors follow a strict schedule, others will appear on your island randomly.

In this guide, we’ll show you how to sell bugs to Flick, how to commission him for bug sculptures, and how to enter his ‘Bug-Off’ event. We’ll also highlight the best insects to sell to Flick to maximize your Bell earnings.

How To Sell Bugs To Flick

Flick has a chance of randomly visiting your island at the start every day and will hang out until 5 am the following day, which is when your island resets. This gives you a lot of time to start catching bugs with your net and take the upside of the two services he offers.

Flick will buy any bugs you have for sale for 1.5x their normal value and can also be commissioned to create art.

To sell bugs to Flick, find out which part of your island he’s currently at, talk to him, and select ‘I’ve got a bug to sell!’ Flick will get excited and ask you which bugs you’re looking to part with. Select every bug you wish to sell and watch as the Bells roll in.

While Flick will buy any bug at a higher price tag than Nook’s Cranny, some are naturally more valuable than others. Depending on what time of day it is and which month you’re in, some bugs simply won’t spawn. Here is a list of the most valuable bugs starting at 1,000 Bells and up, along with Flick’s price for each:

How To Commission Art From Flick

In addition to bug collecting, Flick is a passionate artist who will offer to create decorative bug statues upon request. To commission art from Flick, you’ll have to catch three of the same bug you wish to have turned into a figure. Once this is done, approach Flick and select ‘Tell me about your art.’

He’ll then ask you which bug you would like to see immortalized as a statue, at which point you’ll make your selection. It’s vital to remember that you won’t get any Bells from this transaction, and the bugs you pick will be lost forever.

Flick will also double-check to make sure you’re serious about the commission right at the end, giving you one last chance to back out if you’ve changed your mind.

Your statue will arrive in the mail the following day, along with a letter from Flick. Bear in mind, you can only have one sculpture commissioned at a time and will have to wait until Flick’s next visit to request a new one.

How To Enter Flick’s Bug-Off Event

During the Summer, Flick will host an event on your island called the Bug-Off, which tasks you with catching as many bugs as you can within 3 minutes. The event takes place every third Saturday from 9 am-6 pm during your hemisphere’s Summer months and is announced ahead of time.

First, via a notice appearing on your island’s board at the start of the week, and then during Isabelle’s morning announcements on the day the event is scheduled for. Here is a list of all the Bug-Off event dates:

On days when the event is active, Flick can be found standing in front of the Resident Services building. Approach him and ask to enter the competition for either 500 Bells or free if it’s your first time. Afterward, the timer will begin and you can start earning points.

For every bug you catch, you’ll be awarded one point, and for every three bugs you catch, you’ll receive an additional two points. Once you’ve racked up 10 points, you can spend them on one of many different bug-related rewards.

Unfortunately, prizes are chosen randomly, and there is a possibility of getting duplicates. Here is a list of every Bug-Off event reward: