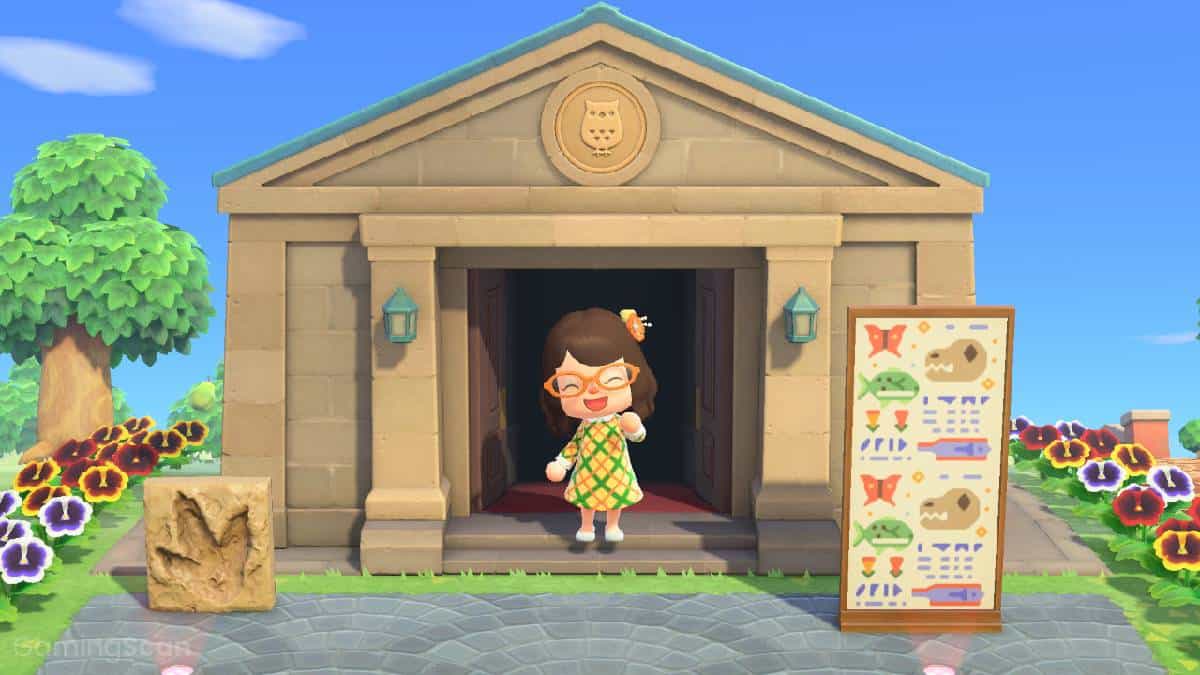 Similar to previous Animal Crossing games, New Horizons presents players with a massive museum to fill up with various fossils, insects, aquatic species, and art. However, the museum isn’t readily available from the start of the game and will require you to play for a couple of days before it unlocks.

Thankfully, the process of opening and upgrading your island’s museum is reasonably straightforward.

In this guide, we’ll show you how to unlock Blathers and the museum as well as provide a breakdown of the necessary steps for adding the art gallery section.

Lastly, we’ll discuss the museum shop and the roost café, which are both expected to come in a later update. If you would like to learn more about island living, check out our ACNH tips and tricks guide to help get you started.

How To Unlock The Museum

During your first full day in New Horizons, Tom Nook will ask you to collect five specimens from around the island. You can catch bugs, fish, or some combination of the two, so really just pick the first creatures you see.

Once you’ve collected all five, turn them into Nook and he’ll give you the plot for the museum. Feel free to place the museum anywhere on your island you see fit since you can always move it later on.

On the following day, Blathers will visit your town and set up a tent on top of where you placed the museum plot. He’ll ask you to donate 15 unique creatures, meaning fish, bugs, or both. Once you collect all 15, Blathers will offer his thanks and inform you that the museum will take two days to build.

After it’s built, you can go inside and speak to Blathers to donate fossils as well as explore three different exhibits: one for fossils, one for fish, and one for insects.

How To Upgrade The Museum

You can add another exhibit to the museum later on in the game. To add the art gallery section, you need to donate at least 60 different specimens to the museum from any category, fish, insects, or fossils. Once you do that, Blathers will mention wanting to expand the museum and start displaying art.

On the following day from Blathers’ mention of the art gallery, Isabelle will make a morning announcement regarding a ‘shady art dealer’ spotted walking around the island and advise you to be careful. If you wander around your island, you’ll eventually come across a fox named Jolly Redd.

Upon speaking to Redd, he’ll offer to sell you a random painting for 4,980 Bells. Since this first painting will always be genuine, take his deal and donate the painting to Blathers at the museum.

The following day, you’ll notice that the museum is under construction. Wait one more day, and the museum will re-open, allowing you to browse the existing exhibits along with the new art gallery showcasing your donated painting.

Once the art exhibit is available, Redd will start randomly visiting your island peddling four pieces of art, some fake, some authentic. To check out Redd’s goods, keep an eye out for his boat, which docks on the small northern beach at the ‘back’ of your island.

How To Unlock The Museum Shop And Roost Café

In Animal Crossing: New Leaf, the museum was accompanied by the museum shop, which featured a selection of upgraded tools and other miscellaneous items for sale.

While there hasn’t been any official announcement regarding whether the shop will return, data miners have found references to the museum shop in New Horizons’ code.

The same goes for the Roost Café, which also appeared in New Leaf. It seems likely both locations will be made available in a later update for New Horizons. The requirements for unlocking the museum shop and Roost Café are currently unknown, so make sure to check back once we have more information.