Nostalgia is a powerful sentiment and Ashes of Creation is banking on honing in on a longing for the good old days of MMORPG with a game free of the covetous pay to win practices that seem to plague the genre today.

Beyond these noble aspirations, Ashes of Creation is technically a massive undertaking with a fully explorable ever-changing world carpeted with innovative features, classes, and characters to tell a troubled story of rebirth marred by dark forces.

Here’s everything we know so far about the upcoming Ashes of Creation.

As it stands, Ashes of Creation is primed to release before 2020. The rather vague window leaves a lot of scope for speculation as to when the game will well and truly release. In tandem, developer Intrepid Studios has planned out an ambitious Alpha and Beta schedule starting with Ashes of Creation: Apocalypse.

Ashes of Creation: Apocalypse is an interesting take on the idea of Early Access as well as a Public Test Environment merged into a standalone prequel designed to act as an experimental stage to trial run many of the features that should make it into the full game.

Equally, it serves as an introduction to the world of Ashes of Creation by setting the scene for what the full release is striving to offer players. Any progress will carry over to the MMORPG at release. Apocalypse is dubbed a ‘’matchmaking-based arena’’.

Although Alpha iterations of Apocalypse have been available to select participants as far back as September 2018, the game entered public Beta on December 18, 2018, at which point players could take part in one game mode, with a total of three planned in total.

The first is a Battle Royale inspired last man standing 100 player deathmatch that is currently playable, with a 100 vs. 100 Castle Siege mode set to drop imminently, and a Horde mode where 50 players must defend a besieged city from waves of NPC enemies and monsters controlled by opposing players will release before the end of March 2019.

If we consider that the Kickstarter campaign that transformed the concept of Ashes of Creation into a tangible reality began in May 2017 alongside the grand ambitions of the game, then a release at the tail end of 2020 appears to be the most likely outcome, anything sooner seems improbable.

Intrepid has generously released a slew of visual content relating to Ashes of Creation, partly fueled by the crowdfunded approach and to list them all here would be an exercise in futility. As such, we’ve hand-picked the most essential and revelatory snippets.

The first glimpse of the MMORPG was via the Kickstarter campaign announcement video, which keeping to the usual format of these sugar-coated requests for funding is a spliced selection of fleeting gameplay, sweeping cinematic shots, and developers waxing lyrical about their motivation for making the game.

Next up, we have a classic cinematic trailer that showcases the game’s predator class, as a stealth-oriented assassin infiltrates a city to steal a priceless relic and trigger a full-blown assault.

Moving on, Intrepid released a flurry of videos showcasing the various climes and locales set to make up the game from glacial wonderlands to idyllic verdant landscapes.

In August 2018, we received our first look at in-game action combat with a fast-paced collection of snapshots from various combat situations with a heavy emphasis on magic spells.

To herald the imminent arrival of the Ashes of Creation: Apocalypse Open Beta, Intrepid released a trailer depicting the wild Battle Royale stylings of the standalone prequel. 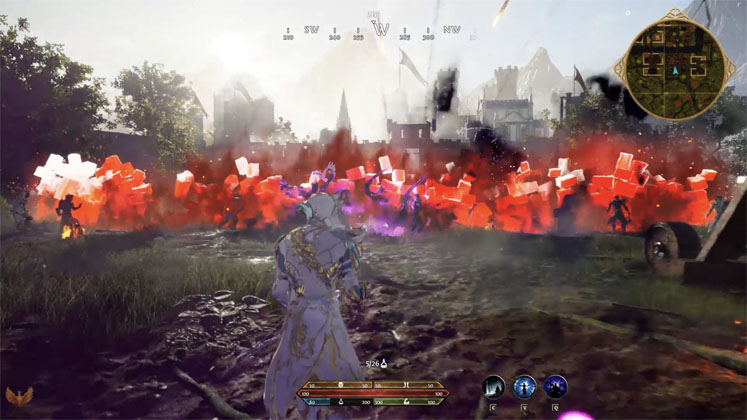 Intrepid defines Ashes of Creation as an ‘’open-world non-faction-based MMORPG set in a high fantasy world’’. The fluctuating world centers on the idea of dynamism where everything can either be created and destroyed based on the choices and desires of players. The world will change, seasons will come and go, natural disasters will occur, and every action has a physical and narrative consequence within the world.

When players first arrive on the world of Verra, they’ll encounter unbroken wilderness with no human-made structures to speak of and from there must develop a civilization. The developers are eager to offer a game world that evolves with and reacts to the player. 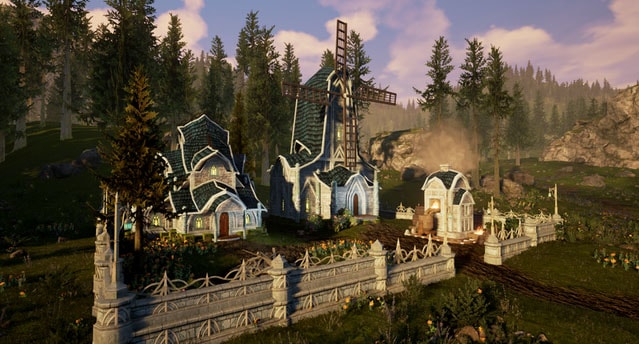 In practice, the way this will work is that as a player gathers experience from fighting, crafting, gathering, processing, and so on, nodes, or circles of influence in the world, will attract more ‘’civilization’’ spawning larger settlements, buildings, NPCs, and ultimately transforming into a sprawling metropolis.

The larger the community, the more quests, tasks, and node-specific events are available for the player to partake in as they see fit. Players can also specialize their nodes towards farming, smithing, and livestock rearing, while also deciding how to control the population, either via an iron fist or democratic values.

Additionally, each node is unique in terms of cultural veneer, climate, ecology, politics, and available resources putting economy, and more importantly trade, as a central part of the experience. Nodes will need to exchange goods to flourish, protect trade route-traveling caravans from opportunistic players, and profit from naturally fluctuating prices. 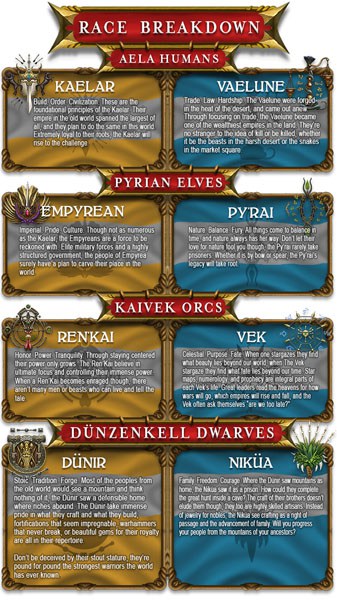 With choice as a primary tenet in Ashes of Creation, each player will be able to choose from a selection of eight races broken down in four species with two subtypes each. These are the Aela Humans (subtype Kaelar and Vaelune), Pyrian Elves (Empyrean and Py’rai), Kaivek Orcs (Ren’Kai and Vek), and Dunzenkell Dwarves (Dunir and Nikua).

From here, players can settle on one of eight classes: tank, mage, fighter, cleric, rogue, summoner, ranger, and bard. Each has unique characteristics, fortes, and abilities. Depending on the race chosen, each class is subtly different. Additionally, players have the added ability to select a secondary class, bestowing them with quite the range of customizable options. 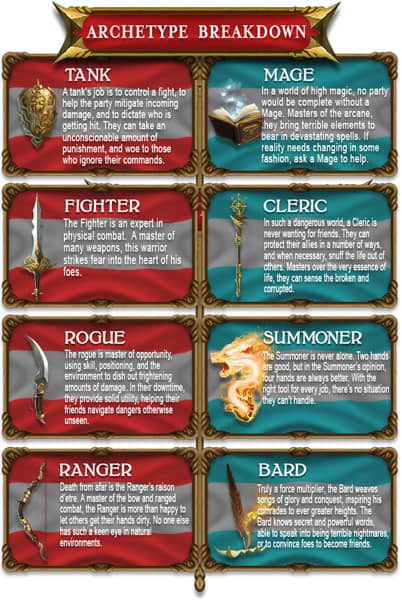 Three different categories define combat in Ashes of Creation: sieges, PvE, and Pvp. Siege sees hordes of players participate in large scale battles to defend and secure castle. As for PvE, a rich selection of beasts, demons, and monsters populate the world of Verra each with unique mechanics and challenges for players to overcome. Finally, PvP fits into the siege mode, but also within many other aspects of the game from hijacking trade caravans, guild wars, and PvP designated zones.

As with any MMORPG worth its salt, Ashes of Creation will feature unique loot, weapons, armor, skills, relics, and skins to collect. Raids and dungeons will be available in both an open-world format to accommodate multiple groups at once as well as instanced iterations for solo or smaller group runs and quests to further the narrative 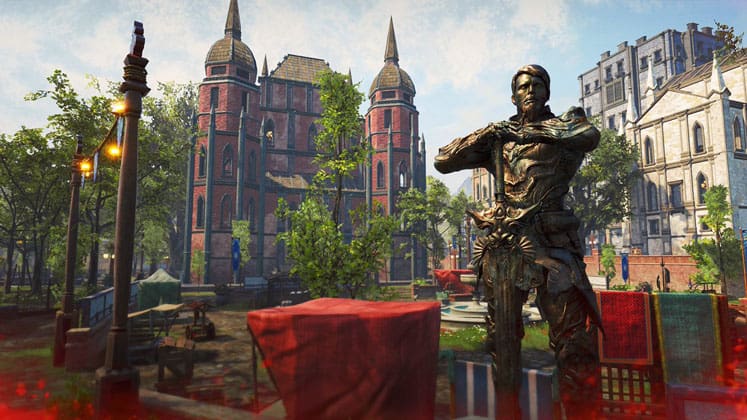 In August 2018, publisher My.com (Warface, Skyforge, etc.) announced it would take the reins on publishing Ashes of Creation in the EU and CIS regions sparking fears among backers that the title would be subject to outside influence and Intrepid was losing creative control. Intrepid was quick to point out the deal only covered publishing and stated in no uncertain terms that the studio would retain full dominion over the artistic vision of the game.

In less than a month, from May 2017 to June 2017, the Ashes of Creation Kickstarter campaign amassed a flabbergasting $3,271,809 from 19,576 backers making it the most successful crowdfunded MMO of all time. 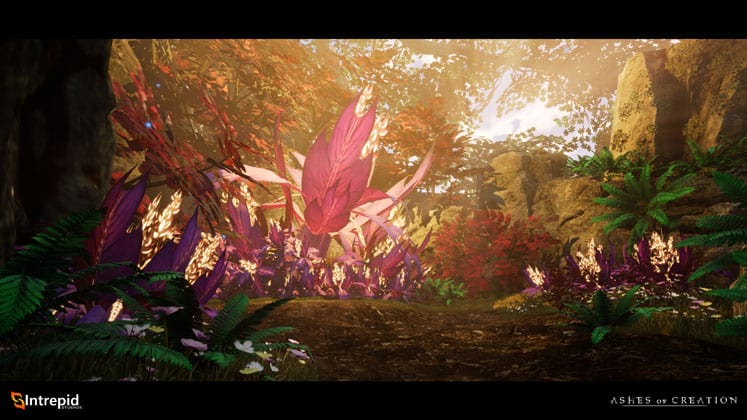 Ashes of Creation is aiming to catapult the tried and tested MMORPG genre into the next generation. How well Intrepid can translate mouthwateringly new and lofty visions into a tangible reality has yet to be seen. If the studio can pull it off (and with a little help from the lackluster response to Battle For Azeroth), Ashes of Creation may be in with a chance to dethrone World of Warcraft as the dominant high fantasy MMO on the market.