In the past decade, we’ve seen the relationship between Nintendo and PlatinumGames flourish, with the two companies collaborating on a number of projects that have led to great success for both parties. This first started with the release of Platinum’s action-adventure game The Wonderful 101 on Wii U in 2013. Later on, after Bayonetta 2 had been cancelled by Sega halfway through development, Nintendo would step-in to help fund the project and provide support, thus securing another exclusive for the company’s home console.

After an announcement for Bayonetta 3, which is planned to release sometime in the future, along with rumors circulating that Nintendo plans on reviving Scalebound, another canceled Platinum project, we assumed PlatinumGames already had their hands full. However, that doesn’t seem to be the case after a recent Nintendo Direct revealed that a new IP, Astral Chain, was currently under being developed for the Switch.

The announcement trailer for the game was very short and offered very few details on what the game’s story and gameplay will be like. So we thought we’d fill in some of the blanks and share everything that’s currently known regarding Platinum’s Astral Chain. Make sure to check back as we’ll be updating this story once more information is revealed.

In a Nintendo Direct for February 2019, the Japanese company revealed an announcement trailer for Astral Chain along with a release date for August 30, 2019.

Astral Chain is being directed by Takahisa Taura, former lead designer for Nier: Automata, with Hideki Kamiya, creator of the Bayonetta series, supervising its development. It will feature character designs from artist Masakazu Katsura, creator of manga and anime like ZETMAN and Video Girl Ai. The game is being published by Nintendo, exclusively for Switch. 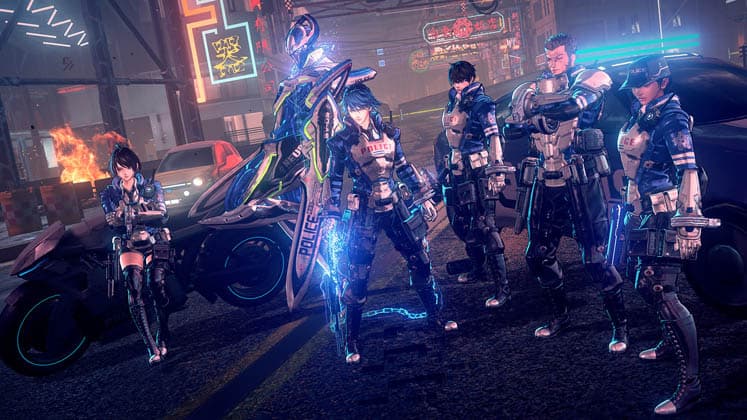 Astral Chain takes place in the Ark, a massive and prosperous futuristic city that’s hit by disaster when mysterious dimensional gates start to appear. An army of strange, hostile aliens begin invading the Ark, attacking its citizens and polluting the city. As a rookie officer for the Neuron special police task force, you and your ‘Legion’, a living weapon you have control over, will have to work together to save humanity.

During the game, you’ll explore the Ark’s multicultural city-blocks, defeating hordes of aliens and uncovering secrets surrounding the invasion by analyzing information and piecing together clues. 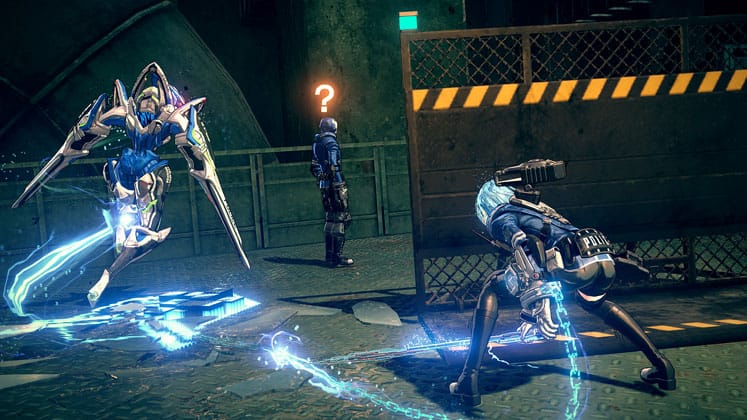 At the start of the game, you’ll choose between two playable characters, male or female, with the character not chosen appearing in the story as your younger twin and fellow Neuron task force officer. In order to investigate the source of the alien invasion and eliminate enemies, you’ll be making full use of your ‘Legion’, which can take on different physical forms like a mechanical dog or a bipedal robot, and can be used to analyze clues and fight in battle.

Your Legion can be issued commands on how to approach each fight, providing flexibility for different playstyles. This means you can have your Legion fighting the same enemy as you for extra damage, have them target other opponents, or fight solo while you hang back and provide support. Creating synergy with your Legion will be a central focus in the game’s combat.

With designers from Nier: Automata and Bayonetta at the helm expect combat to be flashy and fast-paced, and include plenty of large-scale enemy encounters. Since Astral Chain is an action game, battles will take place in real time and has you and your Legion using powerful melee and long-range attacks to take down enemies. Additionally, the game will feature some stealth mechanics as well as team-up maneuvers, as we see the player character and their Legion perform a coordinated attack that fires a blast of energy at a single-target in the trailer.

The announcement trailer also shows a few scenes where the player character can be seen riding a motorcycle, which may be made available over the course of the game. Given the large size of the Ark, it makes sense to include additional methods for traveling. 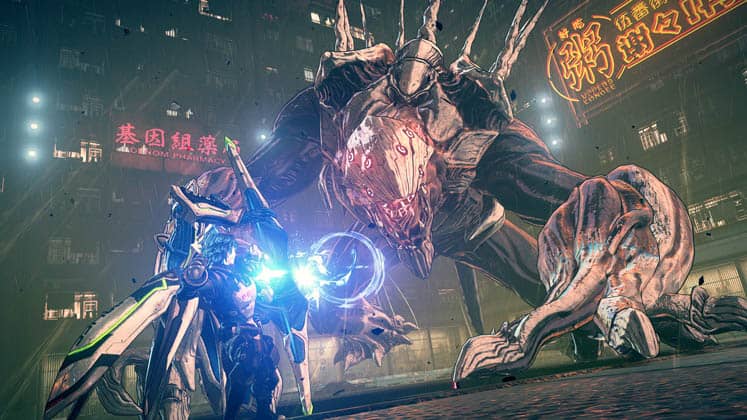 It’s exciting to see PlatinumGames on a new creative venture. Astral Chain looks like it has an interesting story to tell and is sure to deliver the same satisfying combat Platinum is known for. Releasing the game as a Switch-exclusive may be a turn-off for some players, however, it serves as a reminder for how many diverse and unique experiences are available in the Switch’s growing library.

We can’t wait to explore the Ark’s cyberpunk metropolis and slice up aliens when Astral Chain releases later this summer. If you’re looking for some great games to keep you busy until then, check out our list for the best Nintendo Switch games you can play right now!