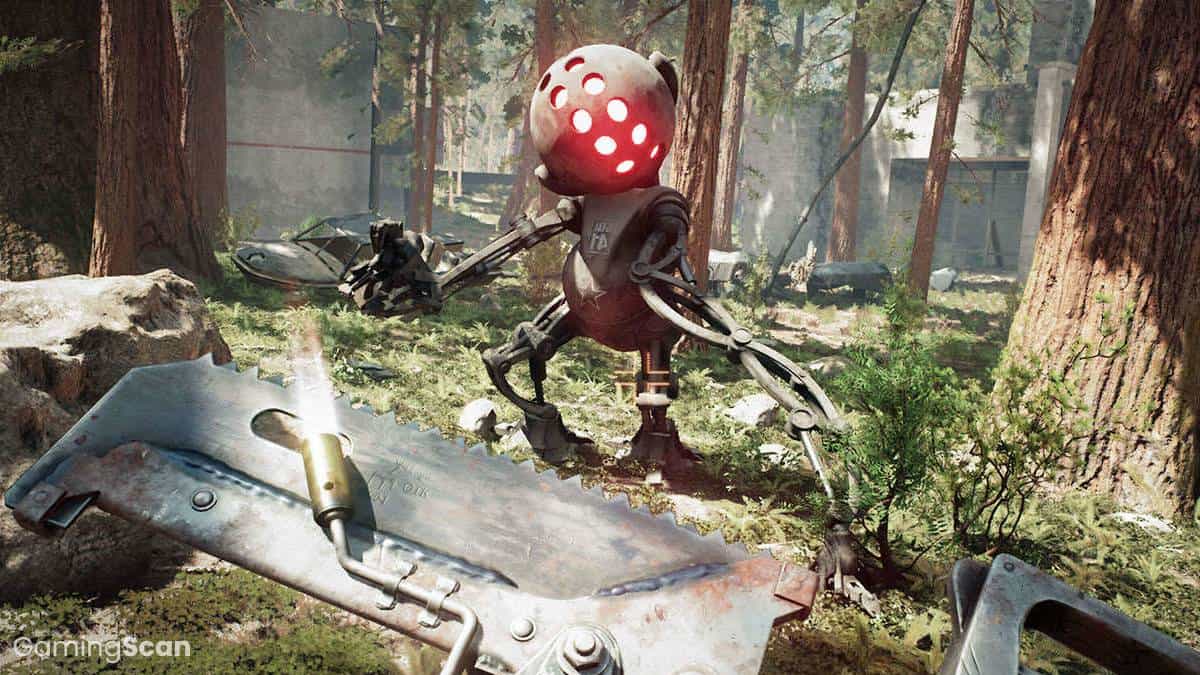 It’s not every day that you see an indie game from an obscure Russian developer making headlines and creating an insane amount of hype online. Aside from the occasional No Man’s Sky, a majority of small-scale projects usually fly under the radar in favor of AAA titles with bigger marketing budgets. However, that’s far from the case when it comes to Atomic Heart, an upcoming first-person shooter currently being produced by Mundfish, a small Russian game studio consisting of 20 developers.

The game first started making rounds back in July 2018 after Mundfish released a trailer where we took a first look at Atomic Heart’s bizarre, sci-fi inspired setting.

While the trailer’s depiction of creepy robots, tentacle monsters, and an alternate, technological-obsessed Soviet Russia were more than enough to ignite the interest of potential players, several strange controversies surrounding the game’s development have proved just as entertaining.

Here, we’ll be covering everything you need to know about Atomic Heart, including its release date and the latest news regarding the storyline and gameplay. Additionally, we’ll be discussing rumors surrounding the game’s development and how Mundfish plans to address players’ concerns. Make sure to check back as we’ll be updating this story following any new announcements.

When will Atomic Heart Release?

Atomic Heart was initially scheduled to be released sometime in 2019. However, rumors suggest the game will be delayed until at least the end of 2020.

The reason behind the supposed delayed stems from reports that the first-person shooter is currently trapped in development hell as Mundfish struggles to piece together the game’s story and some remaining aspects of gameplay.

Despite concerns, Atomic Heart is currently available for pre-order at a discounted price when purchasing either the Deluxe Founder or Atomic Founder editions.

Players who purchased the now delisted Steam VR title Soviet Lunapark VR, which features elements of Atomic Heart, will receive a free copy of the game upon release. The official Atomic Heart website has the game listed for both PlayStation 4 and PC.

For a game that’s anticipated to be released by the end of the year, we still have few details regarding Atomic Heart’s story beyond a general premise and details from an IGN interview with Mundfish CEO, Robert Bagratuni.

From what we’ve gathered, Atomic Heart is an action RPG set in an alternate version of reality where the USSR still exists and has greatly benefited from a technological revolution. This has resulted in the creation of robots, the internet, hologram technology, and a range of weird scientifical experiments during the 1930s-1960s.

These innovations all carry the mark of communism and a distaste for Western imperialism, along with inherent social/political characteristics reflective of the time.

Atomic Heart’s story is told from the perspective of a Soviet KGB officer with a severe mental illness who’s tasked with investigating a power plant that has gone radio silent. The plant is responsible for the production of robots that get assigned to work in fields, gather timber, harvest crops, and complete other tasks at the request of humans.

While Mundfish has made a point to preserve some degree of mystery surrounding the game’s story, everything they’ve shared indicates some sort of AI-orchestrated revolution in which the machines have risen and started killing their creators Terminator-style.

Further complicating things is the existence of biological experiments, which appear to share the robots’ murderous sentiments. Whether the game will feature a fully-connected open-world or a series of separate areas has yet to be seen.

As of now, we know Atomic Heart’s map will include several regions based on real-world locations, which include the Arctic Circle, Russian plains, forests, and mountain passes, all of which will be connected through a fully functional railroad system.

Additionally, the map will contain both surface-level environments such as houses and buildings along with underground bunkers and research facilities.

Mundfish has been even more secretive when it comes to details concerning gameplay, often comparing Atomic Heart to games like BioShock, Fallout, Prey, and even Dark Souls without providing many examples.

While generally described as a “first-person shooter with RPG elements,” as well as being “part shooter, part hardcore close-combat,” we still don’t have a concrete idea as to how Mundfish plans to utilize any of these concepts.

Things become even more confusing when you factor in rumors which suggest Atomic Heart may be a completely different game than what we first saw in 2018.

One rumor proposes that the game is extremely linear, and any hints of an existing open-world are purely fabricated. Another suggests Mundfish has since implemented mechanics from other games such as flashy finishers from Doom and challenging melee-based combat reminiscent of Dark Souls. A third rumor claims Atomic Heart may not even be a standalone title and instead release in separate, 5-hour long episodes.

It’s worth pointing out that Mundfish has come out to dispute many of these claims and provide some further context concerning the game’s controversial development.

Recently, the studio has made attempts to be more forthcoming with details, posting updates to the Atomic Heart Facebook page where they share new information with the game’s community.

It’s here that we first learned that Atomic Heart would feature a crafting system that allows players to modify and even create new weapons using different materials found throughout the game.

Examples highlight being able to wrap the handle of an axe with electrical tape to increase its strength, whereas attaching nails to its surface would result in a damage boost. Additionally, players will be able to modify different parts of a weapon separately, altering its scope, clip size, barrel, stock, and more.

The Final Word on Atomic Heart

Game development is a messy and uncertain business, not only for developers and publishers but for consumers as well. While it’s clear that Mundfish wasn’t fully prepared for the hype-train that Atomic Heart’s eye-catching visuals and seemingly enticing gameplay have garnered, it looks like they’ve taken a step back to figure things out.

Hopefully, their new approach will provide interested players with enough information to decide whether or not Atomic Heart is their kind of game. As of now, it’s difficult to judge whether the game will be a total success, a complete failure, or fall somewhere in between.

We’re looking forward to receiving more updates from Mundfish, specifically further details regarding gameplay and world design. We encourage you to check back for any announcements from the developer as we anxiously await Atomic Heart’s release.

In the meantime, we recommend checking out our list, where we highlight the Best Upcoming Open-World Games. 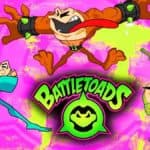