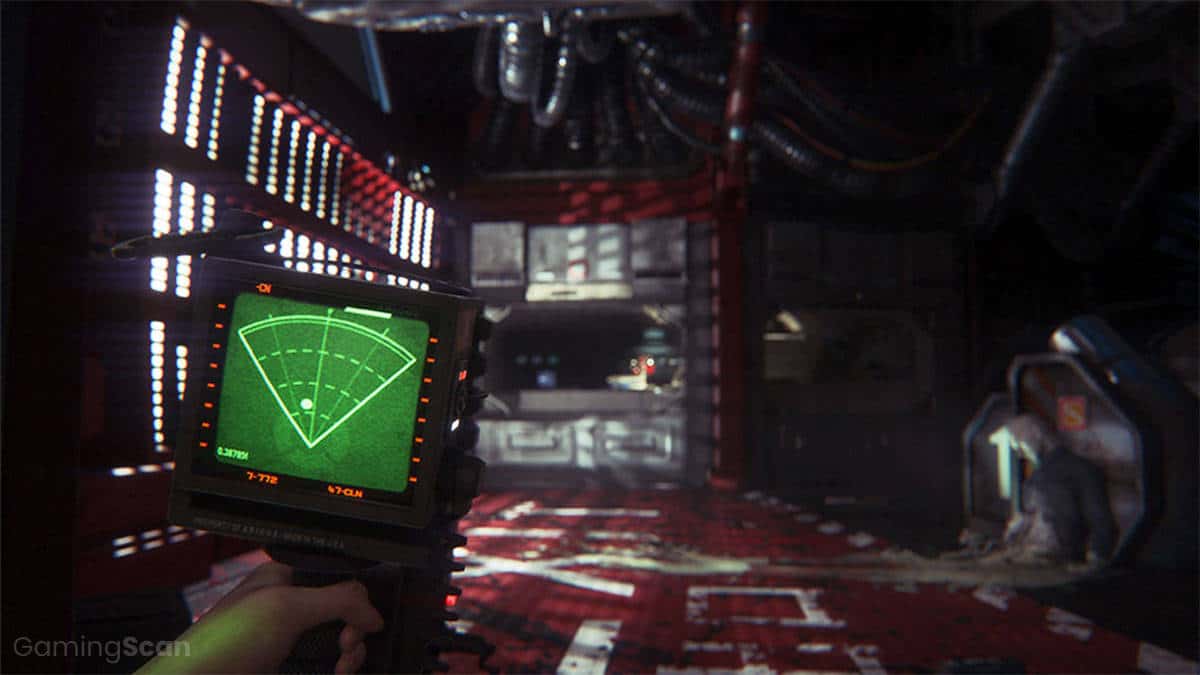 Alien: Isolation is still regarded as one of the best survival horror games with graphics and gameplay that still holds up today.

Though several Alien games have come out since its release, none have gotten as close to recreating the unsettling atmosphere of the original film.

So to anyone looking for an excuse to experience the campaign again, consider trying a modded playthrough with the best Alien: Isolation mods for PC.

This includes mods that make Alien: Isolation harder or easier as well as introduce new quality of life improvements and visual changes. 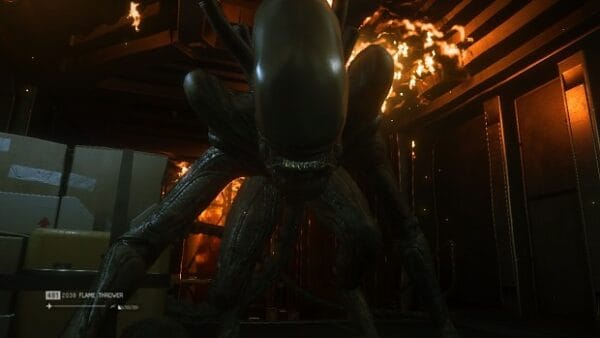 To get started, we’re highlighting a mod that comes well-recommended from the Alien: Isolation modding community and was created by user somethingelse666.

Unpredictable Alien makes some minor adjustments to the alien’s robust AI that affects the range at which it stalks your character and the time it spends crawling through vents before returning.

This results in any encounters feeling less predictable or scripted and much closer to what you would expect being hunted by an alien in real life. 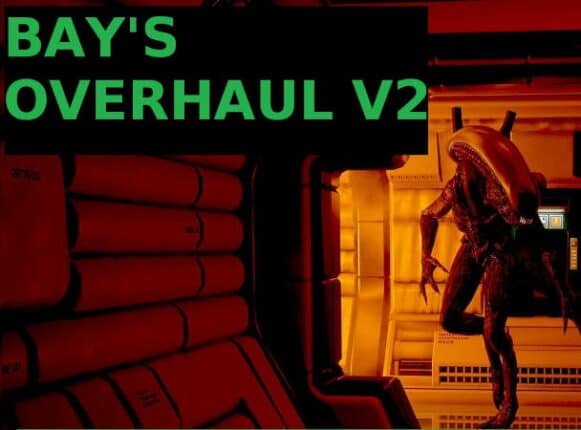 With it installed, the alien’s movements will still feel unpredictable while ensuring you run into it more often, particularly when hiding in vents.

The mod also introduces several weapon changes and reduces the time limit for the hacking tool mini-game for an added degree of challenge. 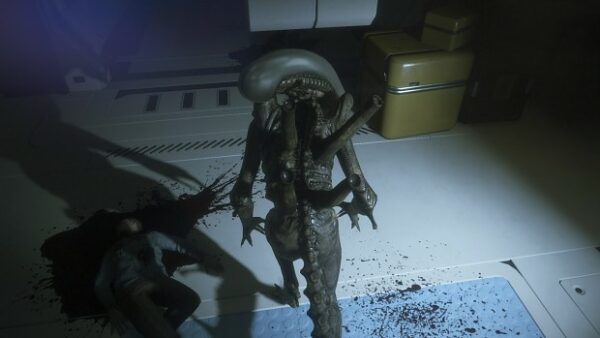 A more direct path to increasing Alien: Isolation’s level of difficulty is to make the alien behave more aggressively at all times.

Created by user ReplicaF813, the Aggressive Alien mod makes it so the Xenomorph stalks you pretty much everywhere you go so long as it’s allowed to be in that area at that time.

With it installed, you can count on any backtracking or transit trips to be a lot more intense than in the vanilla game. 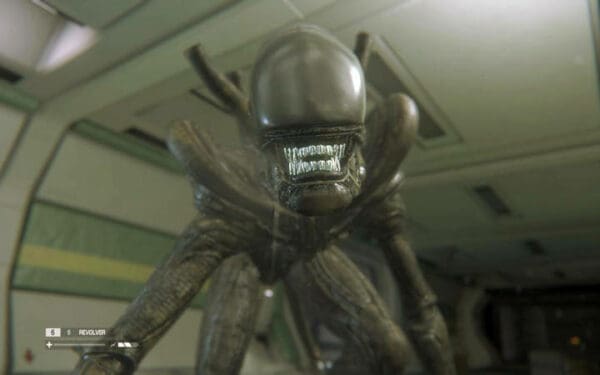 Why stop at just making the alien harder to deal with when you can increase the difficulty across every enemy in the game?

With Nightek1’s Insane AI mod, all enemies are given better vision and hearing and deal increased damage to Amanda Ripley.

It also makes it so the alien routinely searches through ventilation ducts looking for you along with other hiding spots that were previously safe. 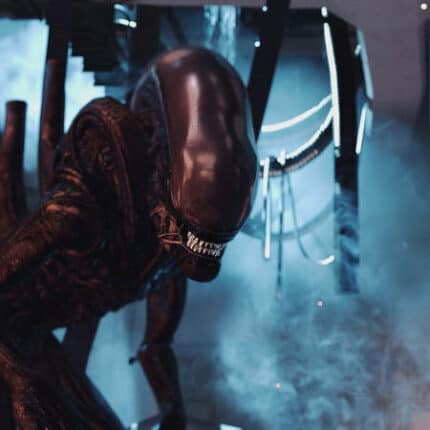 Another way to ramp up the level of challenge is to remove some of the auditory cues that let you know the alien is close by.

This can be achieved by installing yuiru’s Stalker Alien mod, which prevents the alien’s growls, snarls, and stomps from being heard by the player.

Doing so forces you to rely more on the Motion Tracker and other visual cues to avoid it and stay alive. 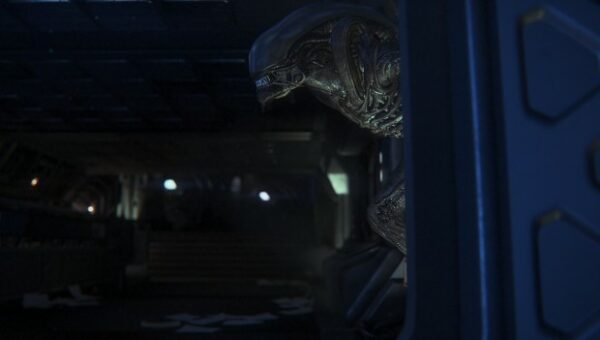 Adjusting your character’s own movement noise has the opposite effect of the previous mod and makes the game a lot easier.

With MattfFiler’s Silent Movement mod, Ripley’s footsteps will no longer be heard by the alien, civilian NPCs, or Working Joe androids throughout the station.

This means you can walk around and even run to your heart’s content without worrying about getting caught. 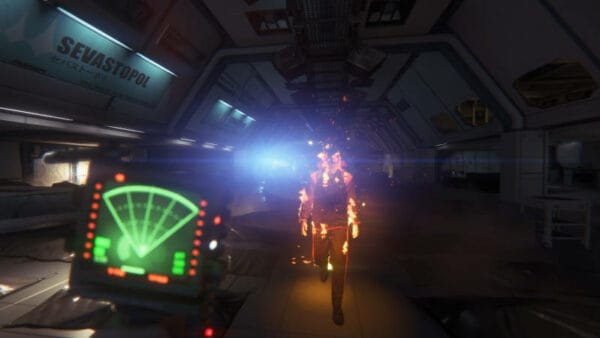 If you want a more immersive experience while playing through Alien: Isolation, this next mod created by TheJanitor is for you.

The No HUD mod provides a simple UI change that strips out the in-game HUD and crosshair while retaining any context-sensitive button prompts and the weapon wheel.

It also includes the option to keep the crosshair but remove the remaining HUD elements if that’s your preference. 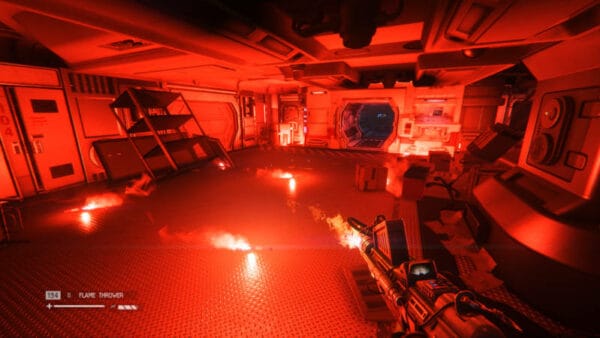 Having trouble overcoming Sevastopol Station’s many threats? Then Sgt_Prof’s Softcore Difficulty mod should help out.

Billed as a lightweight modification for Alien: Isolation, it balances weapons and equipment to swing the odds of surviving in your favor without completely ruining the core gameplay. 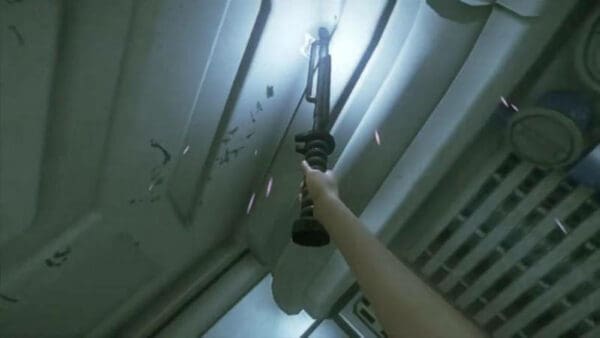 Another mod designed to help rebalance Alien: Isolation’s combat is dannyhl2’s Life Savers mod, which enhances some of the tools you find throughout Sevastopol Station.

This includes upgrades to the stun baton, flashbang, smoke grenade, pistol, and shotgun that allow Ripley to more easily stun and scare off the alien as well as other enemies.

At the same time, this mod changes the alien’s AI to make it more sensitive to Ripley’s flashlight and move faster while in vents. 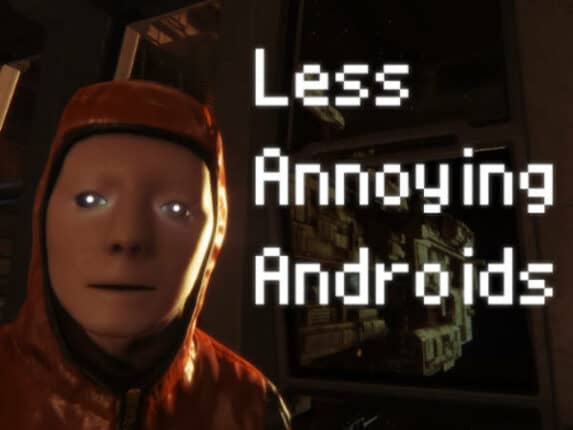 If those Working Joes have you feeling down, Mr_Koroshiya’s Less Annoying Androids mod is here to lift your spirits.

This mod aims to make the androids in Alien: Isolation more tolerable by lowering their health and aggression, specifically the Heavy Androids.

While they’ll still move around and defend themselves once attacks, you’ll find they pack much less of a punch and are generally a lot easier to deal with. 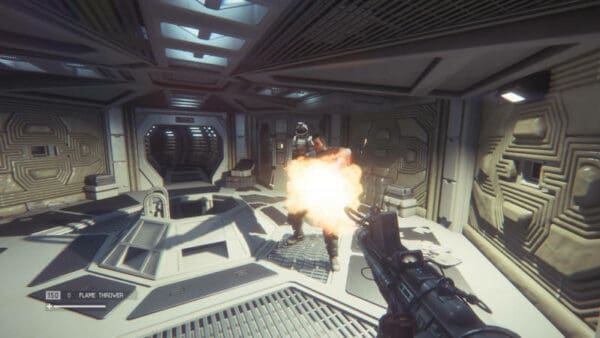 The flamethrower is one of the most useful weapons in Alien: Isolation as it will send the alien running but also burns up a lot of fuel quickly in the vanilla game.

With the Flamethrower Uses Less Ammo mod from JiggleWiggleSmiggle, you can now burn with confidence knowing you won’t run out of fuel.

It includes both Medium and Easy versions that lower the flamethrower’s ammo consumption from 50 fuel per second to 30 or 20 per second, respectively. 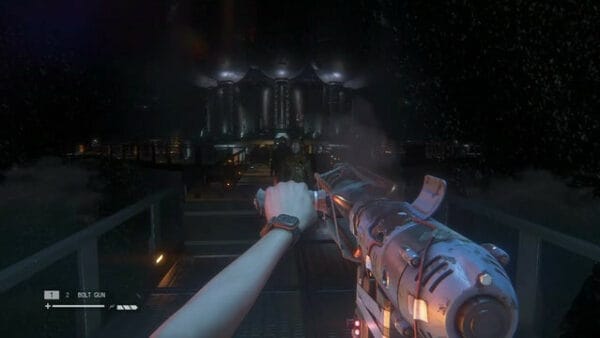 Similar to the previous entry, dannyhl2’s Flaming Bolt Gun mod adds some spice to one of the most useful weapons in the game.

Along with making it so the bolt gun packs more of a punch, this mod grants secondary flame/acidic rounds depending on the version you grab.

Additionally, it makes it so the Xenomorph’s acidic blood now damages Ripley during combat. 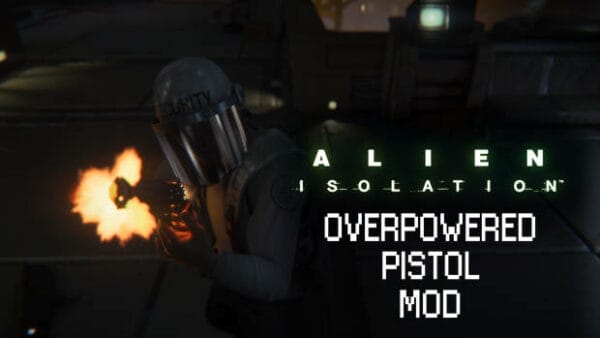 The last Alien: Isolation weapon mod we’re recommending is MattFiler’s Overpowered Pistol mod, which does exactly what it sounds like.

With it installed, humans and synthetics can be taken out in a single hit and the Xenomorph will take enough damage to trigger it to go run and hide.

The best part about this mod is that also improves aiming from far distances and prevents you from consuming ammo when firing.

Despite being released in 2014, Alien: Isolation’s visuals still hold up by today’s graphical standards.

However, as is often the case with PC gaming, there’s always room for improvement with mods like GPUnity’s Improved Graphics mod.

Once installed, it reveals some additional settings in the graphics menu that let you improve reflections, shadow-mapping, view distance, and raise the overall level of detail. 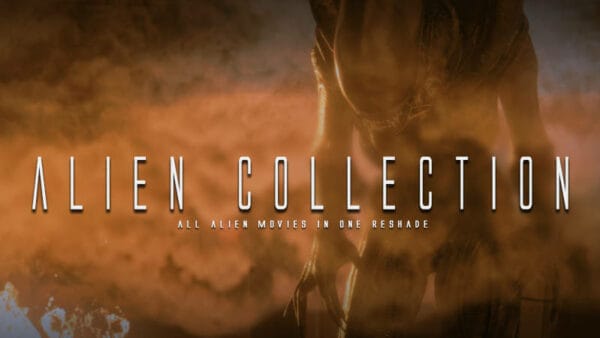 Reshade mods can be a great way to breathe fresh life into a game you’ve already played by switching up its visual appearance.

One of our personal favorites is l00ping’s Alien Collection, which includes several presets designed to replicate the look of each Alien movie from the 1979 original through to Alien: Covenant.

This is achieved using professional-grade LUTs based on the camera, lenses, and filmstocks for each film’s production with redone color correction and grain quality. 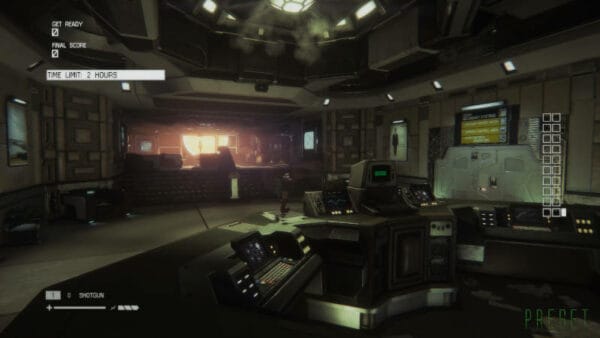 This is further complemented by some color adjustments that give the game a slightly more dramatic look with cold and oppressive-feeling environments. 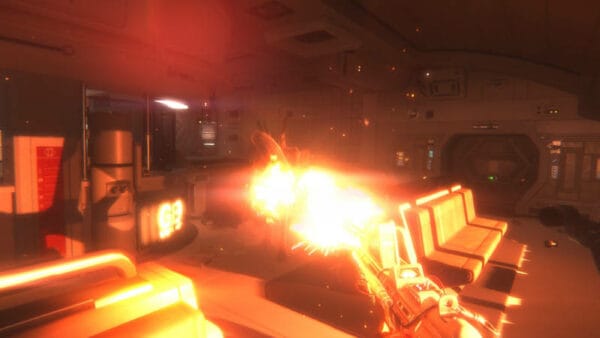 Along with motion blur, artificial lens flare effects are often cited as one of gamers’ biggest pet peeves with modern video game visuals.

And while Alien: Isolation is far from the worst case of this, those who find the vanilla game’s lens flares unsightly can get rid of them with Miezekatze666’s Lens Flare Be Gone mod.

Once installed, it makes it so lens flares no longer appear while retaining other lighting effects such as fire and bloom as well as the corona and shine effects around the sun. 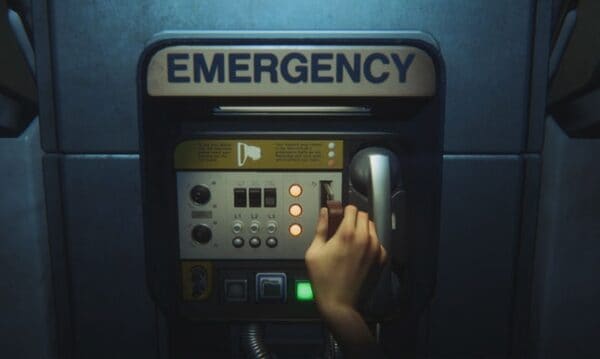 Mod: No Save Noise

This next mod is for anyone who’s ever gotten stuck replaying the same section over and over again while enduring the never-ending drone of a nearby save station.

Created by Shadsterwolf, the No Save Noise mod strips out the frankly annoying save box beeping sound that grows louder and louder the closer you get to one.

Even though this has the negative effect of making it harder to locate save points in general, it’s a worthy trade-off for not having to hear their beeping noise. 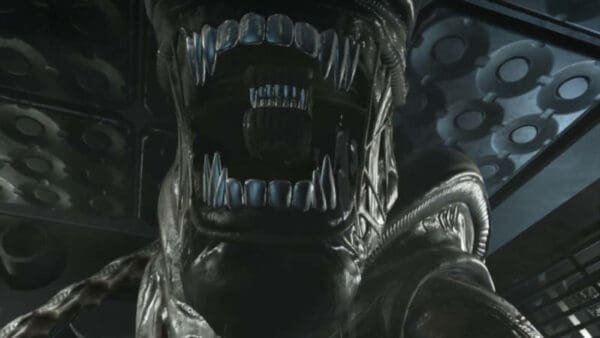 If the idea of exploring Sevastopol Station’s creepy corridors in virtual reality excites you, then you’re not alone.

In fact, someone has modded the game to support VR and you can see it for yourself by installing the MotherVR mod.

Bear in mind that this mod is relatively old and may not work with certain PC versions of Alien: Isolation though we can confirm the Steam version is still compatible in 2022.

Last but not least, this simple mod created by Velken Iakov makes it so Alien: Isolation displays DualShock 3 – Sony – UI Buttons during gameplay.

For some reason, the game defaults to Xbox inputs when using a controller, which can be annoying and confusing for players using a DualShock controller.

If you fall into this category, then this mod will address the issue and let you get back to fearing for your life as you sneak around Sevastopol Station. 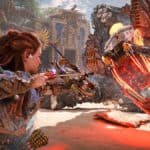