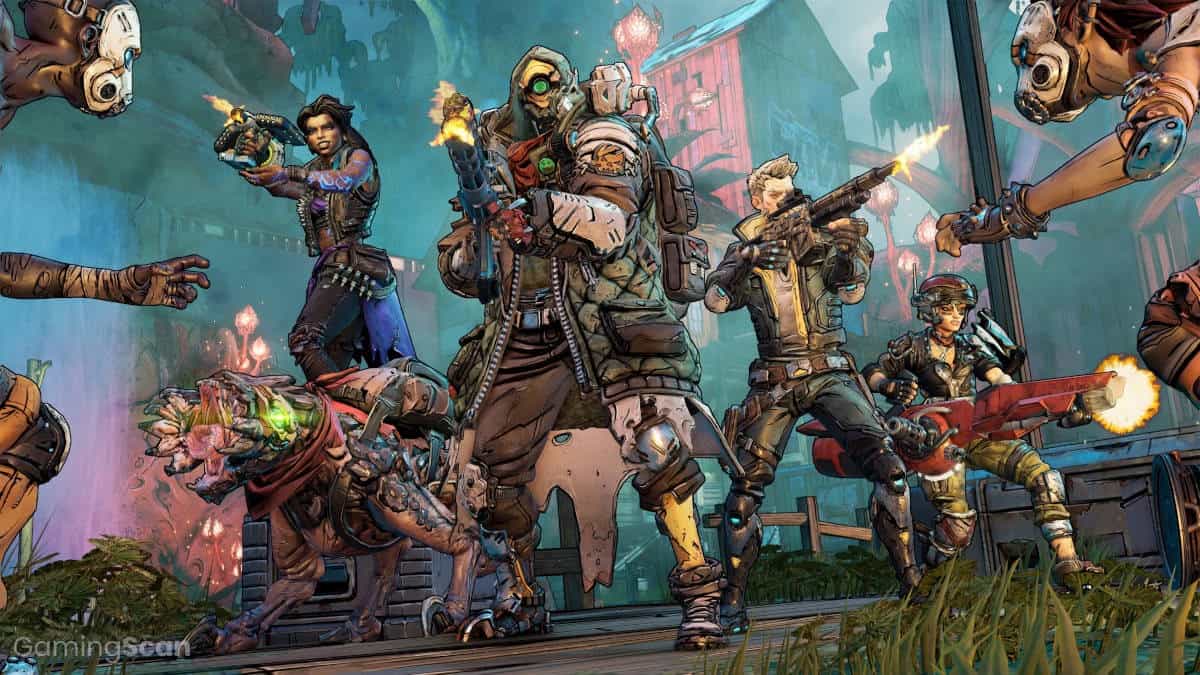 If you walked away from Borderlands 3 craving more adventures in bright and colorful, cel-shaded post-apocalyptic settings, then you’ve come to the right place.

As one of the premiere looter shooters, the Borderlands series is known for its eccentric characters, ridiculous sense of humor, co-op-friendly campaigns, and procedurally-generated loot system.

The Outer Worlds casts you as The Stranger, a blank slate of a character tasked with determining the fate of the Halcyon Space Colony and its starving citizens.

Your mission sees you journeying across and exploring eight planets that boast exotic locales, dangerous creatures, and a host of NPCs to befriend or betray.

Every challenge can be handled in various ways based on your preferred playstyle, allowing you to talk yourself out of a jam through dialogue options or overpower enemies using plain-old brute force.

Like Borderlands, the game employs a bright and colorful aesthetic along with an abundance of sci-fi weaponry ranging from laser-powered rifles and revolvers to irradiated blades and shrink rays.

Digital Extremes’ free-to-play, third-person shooter Warframe has been delivering a robust and engaging experience for years and seems to constantly be improving with new updates.

Although grinding can get tedious at times and mastering the many ins and outs of the game’s skill system will take you a while, it lets you bring up to three friends along for the journey.

Like Borderlands, the game is very loot-driven, though instead of hoarding legendary guns, most of your time is spent gathering resources for crafting them yourself.

Additionally, the game puts its own spin on character classes with titular Warframes, each with its own unique playstyle that can be modified at a granular level by equipping certain perks.

Risk of Rain 2 is a third-person shooter that maintains the original’s energetic combat and roguelike mechanics while shifting the perspective from 2D side-scrolling to fully 3D environments.

Each run sees you surviving a series of levels filled with increasingly tricky alien enemies and powerful loot to augment your character’s abilities.

Related:How To Unlock All Risk of Rain 2 Characters

Similar to Borderlands, the game features 11 character classes, which developer Hopoo Games plans to expand on in the future.

They all have wildly different playstyles and skills that help keep the combat feeling fresh and warrant the many playthroughs involved with roguelikes.

With Bungie having total control over their space shooter MMO, we’re beginning to see their true vision for Destiny 2 take shape in real-time.

The most significant difference is Destiny 2’s switch to free-to-play, letting players access all ‘Year One’ missions, strikes, and PvP modes free of charge.

This makes it much easier to navigate the shooter’s notoriously overwhelming breadth of content and removes many of the hurdles that typically hinder newcomers.

While the game may not be as bold and colorful as Gearbox’s FPS, there’s still a wealth of loot to hoard and activities for online co-op with friends.

Set in the fictional county of Hope, Montana, Far Cry 5 presents players with a massive open-world wilderness to explore at their leisure.

In it, you play as a rookie Deputy tasked with tracking down and defeating the three cult leaders of Eden’s Gate, a militaristic doomsday cult led by a villainous preacher.

The game features character customization, a bigger emphasis on close-quarters combat than previous entries, and a new weapons ballistics system that assigns bullet drop-off to projectiles.

Like Borderlands, Far Cry 5’s narrative takes a backseat to gameplay, which includes the ability to play the entire campaign online with a friend.

We feel a lot more comfortable recommending Outriders to players now that developer People Can Fly has addressed the issues concerning loot being lost due to corrupted saves.

The third-person shooter RPG sees you controlling a space marine who acquires special powers while pursuing a mysterious signal on an alien planet brimming with enemies.

Powers are defined by different classes and work in tandem with an arsenal of guns with varying rarities that encourage you to replay missions in order to get better gear.

Like many of the games we’ve highlighted, Outriders offers the option to team up with three other players as you explore its dark and desperate sci-fi world.

Primarily a Soulslike third-person shooter with an emphasis on melee combat, Remnant: From the Ashes manages to hit many of the same high notes as Borderlands in terms of player builds.

While the weapon selection isn’t as varied, there’s still plenty of room for fine-tuning your character’s playstyle through upgrades.

Atmosphere is where the two games differ most, with Remnant’s taking on a darker tone inspired by the Dark Souls series, whereas Borderlands looks ripped out of a comic book.

With that said, the game includes co-op support for up to four players, allowing you to complete the story and grind for loot with your buds.

While its medieval fantasy setting may differ wildly from the cel-shaded funhouse that is Borderlands, Warhammer: Vermintide 2 is still worth checking out for its fantastic combat alone.

In it, up to four players engage in brutally bloody battles against waves of rat-like creatures called Skaven who threaten humanity’s survival.

Deep Rock Galactic is an online FPS in which teams of up to four players control foul-mouthed dwarves tasked with completing contracts for an intergalactic mining company.

There are four character classes: Driller, Engineer, Gunner, and Scout. Each one fulfills a different role that benefits the team during combat or while exploring procedurally-generated caves.

The game’s developer, Ghost Ship Games, has been very good at supporting it since release, rolling out frequent updates that add new maps, enemy types, and special community events.

Our final recommendation is Gunfire Reborn, a game that blends rogue-lite progression with looter shooter gameplay mechanics and refined gunplay.

In it, you play as one of several animal-based classes as they adventure through a series of randomly generated levels culminating in a boss fight.

Each restart is a brand-new experience complete with unique enemies, weapon drops, and items to boost your character’s proficiency in a particular area of combat.

Like Borderlands, there’s a certain satisfaction that comes from watching your guns’ damage numbers go up, and the game includes permanent upgrades that carry over to your next run. 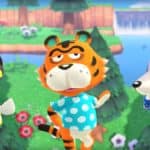