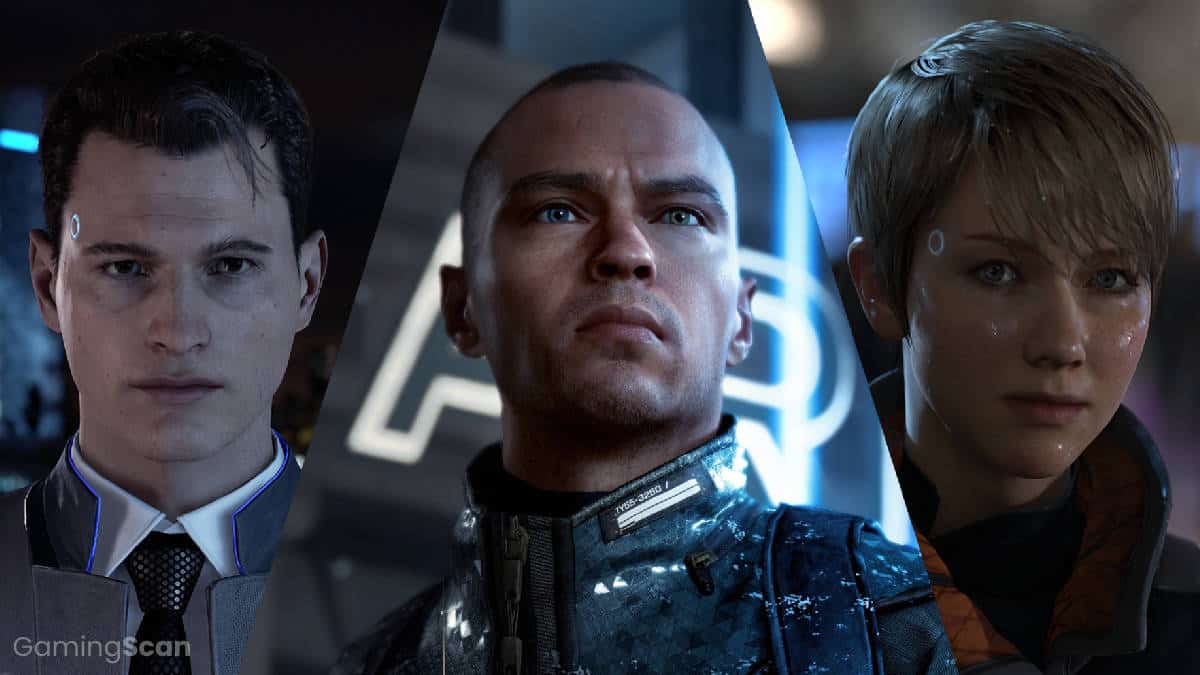 Detroit: Become Human is a fantastic story-driven adventure game with choice-based stakes that encourage you to go back and play it multiple times.

If you’re a fan of it and other Quantic Dreams titles or just enjoy interactive dramas in general, then there’s a good chance you’ll have fun playing other games like it.

We’ll be updating this list in the future with new titles, so make sure to check back and let us know if we missed any of your favorite games similar to Detroit: Become Human!

First up is Tell Me Why, an interactive drama from Life Is Strange developer Dontnod Entertainment that features story-rich gameplay similar to Detroit: Become Human.

Its narrative centers on twins Tyler and Alyson Ronan as they discover a mutual supernatural bond that causes them to revisit old memories to uncover the truth behind their troubled past.

Along the way, players will make decisions for Tyler and Alyson that affect their relationships as well as the outcome of the story.

Like Detroit, it’s very easy to get swept up in Tell My Why’s compelling narrative and feel the weight of the game’s stakes at every turn.

Any Detroit fan that also has an interest in the works of H.P. Lovecraft will likely enjoy sinking their teeth into Call of Cthulhu’s mysterious world and characters.

In it, you take on the role of Detective Pierce as he investigates the untimely demise of a prominent artist and her family at their isolated home on Darkwater Island.

Gameplay sees you piecing together clues, examining objects, and confronting otherworldly creatures that will have you questioning your sanity.

It’s admittingly more demanding than Detroit in terms of interactivity but well worth the effort for anyone who enjoys cosmic horror and detective games.

Considered to be one of the best video game adaptations of Sherlock Holmes, The Devil’s Daughter offers cinematic gameplay and storytelling on par with Detroit: Become Human.

You play as the titular detective as he scours the streets of London searching for clues and suspects across five linked cases that also expose some of his own skeletons.

From a gameplay perspective, The Devil’s Daughter is a bit more challenging than a game like Detroit but manages to keep players hooked by doling out mystery after mystery.

Additionally, the game uses a deduction board to keep track of facts and insights that can be linked together to arrive at one of many different conclusions based on the player’s perception.

Next up is House of Ashes, another horror-themed interactive drama and the latest installment in Supermassive Games’ ongoing series The Dark Pictures Anthology.

In it, players follow a squad of Special Forces soldiers as they search for weapons of mass destruction before stumbling upon something far more sinister.

After otherworldly creatures start to spill out from an ancient temple, the soldiers are forced to team up with enemy rebels to try to survive the hellish ordeal.

Like Detroit, the game features multiple fates for each character based on the player’s choices throughout each section as well as six distinct endings to the story.

Tacoma is an adventure walking sim from Fullbright Studio, the same team behind Gone Home, and features engaging puzzle-driven gameplay and cinematic storytelling.

Set during the year 2088, the game casts players as a Retrieval Agent hired to gather sensitive data from an abandoned space station whose crew mysteriously vanished.

Your mission sees you making your way around the various living quarters, offices, and passageways that make up Tacoma station as you gather clues and relive the crew’s final moments.

It soon becomes obvious there’s more to Tacoma than you’ve been led to believe, resulting in several touching revelations and character arcs that give Detroit a run for its money.

Another indie choose-your-own-adventure game that will appeal to fans of Detroit: Become Human is Road 96.

The story takes place during the summer of 1996 in Petria, a vibrant dystopia plagued by authoritarian rule and oppression.

You take on the role of a fresh-faced hitchhiker trying to make their way across Petria’s borders by relying on the kindness of strangers.

Like Detroit: Become Human, the story is ripe with player-driven choices and also incorporates procedurally generated elements such as randomized characters, locations, and events.

If you enjoy the detective aspects of Detroit’s story and gameplay, then you’re sure to get some entertainment out of Hidden Agenda.

This interactive crime thriller utilizes the PS4’s PlayLink feature to enable up to six players to work together using their smartphones as controllers.

While the group’s goal is to solve a mystery, each player is also given a secret assignment to try and carry out without raising suspicion.

Even though this premise is significantly different than Detroit’s, players are likely to enjoy the branching nature of Hidden Agenda’s story and want to replay it multiple times.

Next is L.A. Noire, another interactive crime drama in which you play as Cole Phelps, a patrolman turned detective looking to work his way up the police force without compromising his morals.

Phelps is tasked with inspecting crime scenes for clues, questioning witnesses, and chasing down leads until he can successfully narrow down his list of possible suspects.

Even if learning how to interpret these facial cues can feel like a challenge within itself, it’s a neat touch that adds a lot of immersion to the overall gameplay and story.

Before working on the Dark Pictures Anthology, Supermassive’s claim to fame was Until Dawn, another interactive horror drama with similar choose-your-own-adventure gameplay.

The story takes place during one harrowing night and follows a group of young adults as they venture to a seemingly isolated snow-capped cabin on the anniversary of their friends’ deaths.

As the night progresses, weird events start to happen, prompting the group to suspect they’re being stalked by a masked assailant before splitting up to investigate.

It’s not long before things spiral out of control and players are forced to make tough decisions that, much like Detroit, will impact the fate of each character involved.

It’s easy to see why so many fans consider The Wolf Among Us to be the best Telltale game to date when you look at how much care went into fleshing out its world, characters, and story.

Based on the Fables comics by Bill Willingham, the game centers on fairy tale villain turned town sheriff Bigby Wolf as he comes to grips with his new role and tries to move on from his past.

In addition to combating his inner demons, Bigby is tasked with solving a brutal murder in Fabletown that forces him to seek out new allies as well as pick up a few enemies along the way.

Similar to Detroit: Become Human, the game features a host of compelling characters and memorable storylines designed to stick with players long after the credits roll.

The Walking Dead: The Game is another Telltale classic whose cinematic approach to storytelling is on par with The Wolf Among Us if not better.

Based on the popular comic series by Robert Kirkman, it follows the story of Lee Everett, a former professor and convicted murderer, as he’s freed from prison following a zombie outbreak.

Lee soon meets a young girl named Clementine who he takes under his wing as the pair meet other survivors and seek out a sanctuary in this dangerous new world.

Like Detroit, the game places a big emphasis on dialogue interactions, reading characters’ facial experiences, and navigating branching story paths that can vary greatly with each playthrough.

Seeing as player-choice is at the heart of Detroit: Become Human’s design, it seems fitting to include another game that forces players to grapple with split-second decisions.

Of course, we’re talking about The Last of Us Part II, a follow-up to Naughty Dog’s emotionally-charged action-adventure game exclusive to PS4.

The sequel follows adopted father/daughter duo Joel and Ellie after settling down in Jackson, Wyoming, where they’re soon discovered by a band of vengeful survivors.

Much like Detroit, characters’ motivations in TLOU2 are explored in-depth and often result in raw and emotional exchanges that benefit from cutting-edge motion-capture performances.

It would be criminal to bring up Dontnod Entertainment and not include the studio’s claim to fame with the interactive drama Life is Strange.

In it, you play as a teenage aspiring photographer named Max Caulfield after she discovers she has abilities that allow her to control time.

As she comes to grips with her mysterious newfound powers, Max must also navigate school life while mending rocky relationships with her friends and family.

Gameplay provides about the same level of interactivity as Detroit: Become Human and often takes a backseat to Life Is Strange’s compelling cast of characters and emotionally-driven story.

Any longtime Quantic Dreams fan has likely already explored the studio’s extensive catalog of interactive dramas, including Beyond: Two Souls.

However, if you’ve somehow managed to avoid crossing paths, allow us to put it on your radar by recommending you play it after Detroit: Become Human.

The story centers on a young woman named Jodie Holmes (performed by Elliot Page), as she’s guided by a mysterious force within to explore her past and use her powers to shape the future.

Fans of Detroit will feel right at home getting to know Beyond’s tight-knit cast of characters and testing their reflexes with quick-time events and dialogue-driven gameplay.

Our final recommendation to Detroit: Become Human fans stretches even further back in Quantic’s catalog to the year 2010 with Heavy Rain.

Released early in the studio’s history when interactive dramas were still finding their footing, the game follows three characters as they attempt to sleuth out the elusive Origami Killer.

It’s definitely worth checking out for anyone who wants to see how far both interactive dramas and Quantic Dreams as a developer have come since the early 2010s. 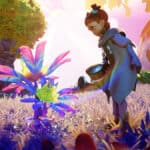