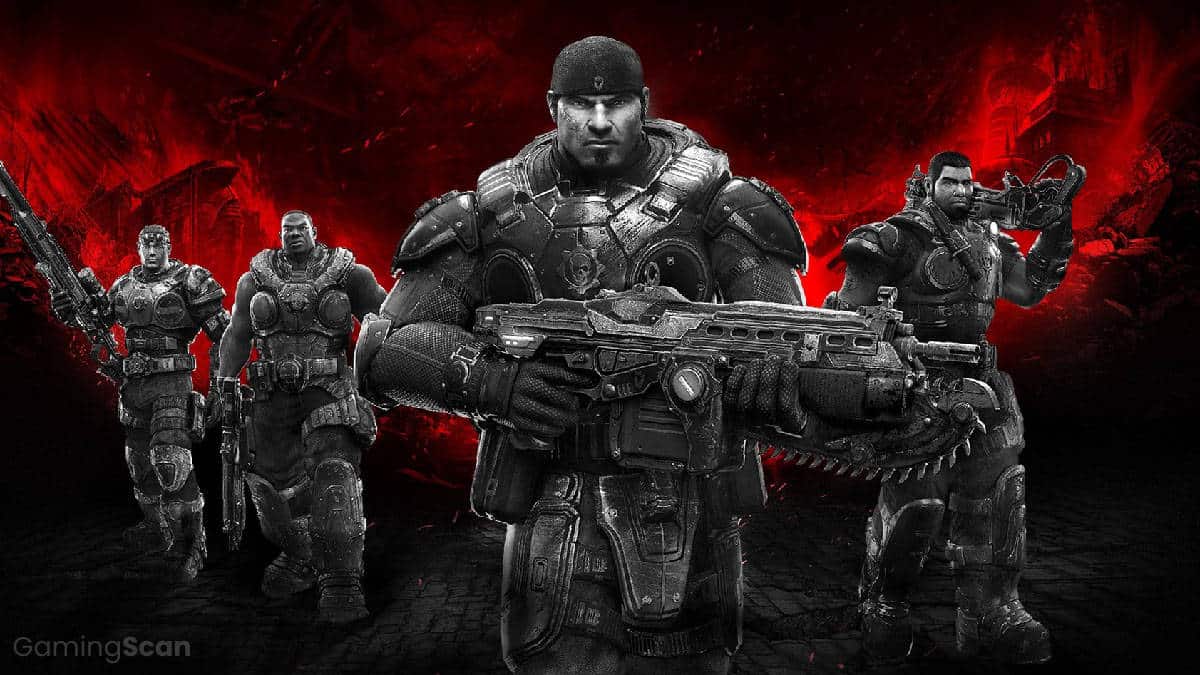 If you’ve been itching to play a new Gears of War game or third-person shooter like the most recent Gears 5, you’re definitely not alone.

The Xbox exclusive franchise has been around since the mid-2000s and continues to offer satisfying gameplay with cover-shooter mechanics, an abundance of game modes, and local/online co-op.

We’ll be updating this list in the future with new titles, so make sure to check back and let us know if we missed any of your favorite games similar to Gears of War!

To get started, we’re recommending Gears fans check out Mass Effect, another third-person shooter franchise that got its start right around the same time as Gears of War in the mid-2000s.

In it, you take on the role of Commander Shepard as he fights to save the universe from a race of powerful machines called Reapers.

The best way to experience the original trilogy today is through Mass Effect Legendary Edition, which remasters each game with visual enhancements, technical improvements, and gameplay adjustments.

Aliens: Fireteam Elite is another third-person cover shooter with a co-op-friendly campaign and some light RPG mechanics.

In it, 1-3 players take on the role of space marines assigned to investigate alien-infested colonies overflowing with Xenomorph creatures and hostile androids.

Gameplay sees you exploring loot-filled environments while fighting waves of fodder enemies and mini-bosses before culminating in a giant boss battle.

There are several classes to pick from that offer unique weapons, abilities, and customization options to personalize your space marine.

While the reception on Outriders continues to be somewhat mixed, it’s definitely worth looking into if you enjoy co-op-driven shooters like Gears of War.

Billed as a third-person looter shooter RPG, it sees you controlling a space marine that gains special powers while pursuing a mysterious signal on an alien planet teeming with hostiles.

Powers in Outriders are defined by different classes and work in tandem with an arsenal of guns with varying gear rarities that encourage replayability.

And much like Gears of War, Outriders gives you the option to team up with other players throughout the campaign and explore its dark and desperate sci-fi world together.

In our review for World War Z back when the game first launched, we praised the shooter for having satisfying combat as well as enough weapon and class variety to keep players coming back for more.

Since then, Saber Interactive has been hard at work adding new features, including a significant update dubbed WWZ: Aftermath that introduces new campaign chapters and character specializations.

Gears fans will particularly enjoy the new Horde Mode XL, which sees you and your squad mowing down increasingly difficult zombie hordes as you try to survive for as long as possible.

If you’ve been running the same missions and modes in Gears 5 for a while now and could use a palette cleanser, World War Z is the perfect kind of ‘dumb fun’ arcade shooter to play with friends.

Originally released in 2009, Red Faction: Guerrilla is a third-person shooter set in the future that sees players taking on the role of a mining engineer turned guerrilla fighter on a mission to liberate Mars.

Much like Gears of War, gameplay revolves around skirmishes with enemies that incorporate cover-shooter mechanics with an emphasis on environmental destruction.

It also features a salvage component that lets you scrap objects gathered in the world for money to purchase new gear.

The game is best experienced today in the updated remaster Red Faction: Guerrilla Re-Mars-tered that includes improved graphics and was released in 2018 for PC and console.

Its story takes place in a post-apocalyptic world that has been destroyed and overrun by an interdimensional evil known as the Root.

Players are tasked with exploring dangerous locales teeming with monsters as they search for clues and gather materials to upgrade their equipment.

Like Gears of War, the game features drop-in drop-out co-op for 1-4 players, allowing you to bring your Gears crew along for a new adventure.

If you’ve been specifically searching for another cover shooter that has the same weighty feel to its combat and movement as Gears of War 5, then The Division 2 will scratch that itch.

Presented as a third-person shooter with team-driven combat and exploration, it sees you traversing a post-apocalyptic America whose citizens are struggling to survive.

Players are dropped into a sprawling open-world recreation of Washington, D.C. where several factions have set up shop and battle for control over different territories.

Similar to Gears of War, the game was designed with co-op in mind and even includes a game mechanic that lets you sabotage your own teammates if you’re feeling a bit cheeky.

Seeing as Gears 5 was the first entry in the franchise to make stealth a viable option for taking out enemies without getting into a huge firefight, we feel comfortable recommending Phantom Pain.

It takes place after MGS5: Ground Zeroes and has you playing as the grizzled spy Big Boss after he wakes up from a coma and assembles a team of mercenaries to bring down his enemies.

Aside from a few convoluted plot points in the story, the game truly shines when its immersive gameplay is on full display, allowing you to navigate open environments and skillfully eliminate targets.

Of course, there’s still some room for discretion, with most missions having different possible outcomes depending on the level of stealth or aggression on your part.

While some RE fans may have not enjoyed Resident Evil 6’s more action-focused approach to the series’ traditionally survival horror gameplay, Gears of War fans will feel right at home playing it.

It essentially plays likes a Gears-like third-person cover shooter in which players choose from four scenarios focusing on a secret organization called Neo Umbrella that plans to destroy the world.

Familiar faces from throughout the series’ history make an appearance, including fan-favorites Leon, Chris, and Ada in addition to a host of new characters.

RE6’s campaign can be tackled solo or with a friend, allowing you to work together and cover each other’s backs as zombies pour in from every direction.

A PlayStation-exclusive title might seem out of place on a list about an Xbox franchise but these days it’s increasingly common to see players owning multiple systems without any console war hubbub.

If that sentiment applies to you, then consider picking up The Order: 1886 on PS4, which delivers a satisfying (albeit short) third-person shooter campaign with cover mechanics reminiscent of Gears.

In addition to also being a third-person action game with cover mechanics, it also features lots of supernatural and horror elements that will appeal to old-school fans of Gears of War.

In it, you’re tasked with guiding a team of supernatural monster hunters as they wage war with werewolf-like Lycans in Victorian-era London.

There’s a good chance you haven’t played any of the original Spec Ops games nor the 2012 franchise reboot Spec Ops: The Line.

We’re here to fix that by recommending it was one of the best shooters like Gears of War that happens to feature one of the most well-constructed video game narratives about the horrors of war.

The story is told from the perspective of Delta Force Captain Martin Walker as he and his three-man team embark on a covert mission deep in the sandstorm-ravaged deserts of Dubai.

Gameplay is modeled after traditional third-person shooter mechanics of the time and incorporates a cover system similar to that of Gears 5.

Binary Domain is a sci-fi third-person shooter that surprisingly comes from Ryu Ga Gotoku Studio, the same developer behind the Yakuza series if you can believe that.

It takes place in the near future where the world has become flooded due to global warming, resulting in mass deaths as the rest of humanity scrambles to rebuild civilization.

The story follows a global task force called the International Robotics Technology Association as they investigate an attack carried out by a type of human-passing robot known as Hollow Children.

Similar to Gears of War, the game features squad-based gameplay that incorporates cover-based combat against waves of robot enemies.

The game is set in a futuristic society where the world’s nations are fighting over dwindling resources as players take on the role of a mech-wearing soldier named Sam Gideon.

Gideon quickly finds himself entangled in a government conspiracy that forces him to fight for his life using his mech’s high-powered abilities.

Much like Gears 5, the game features an extensive cover system that pairs nicely with an innovative slide-boosting mechanic that allows the player to cover a lot of ground in a short amount of time. 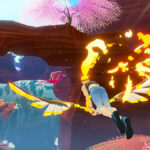