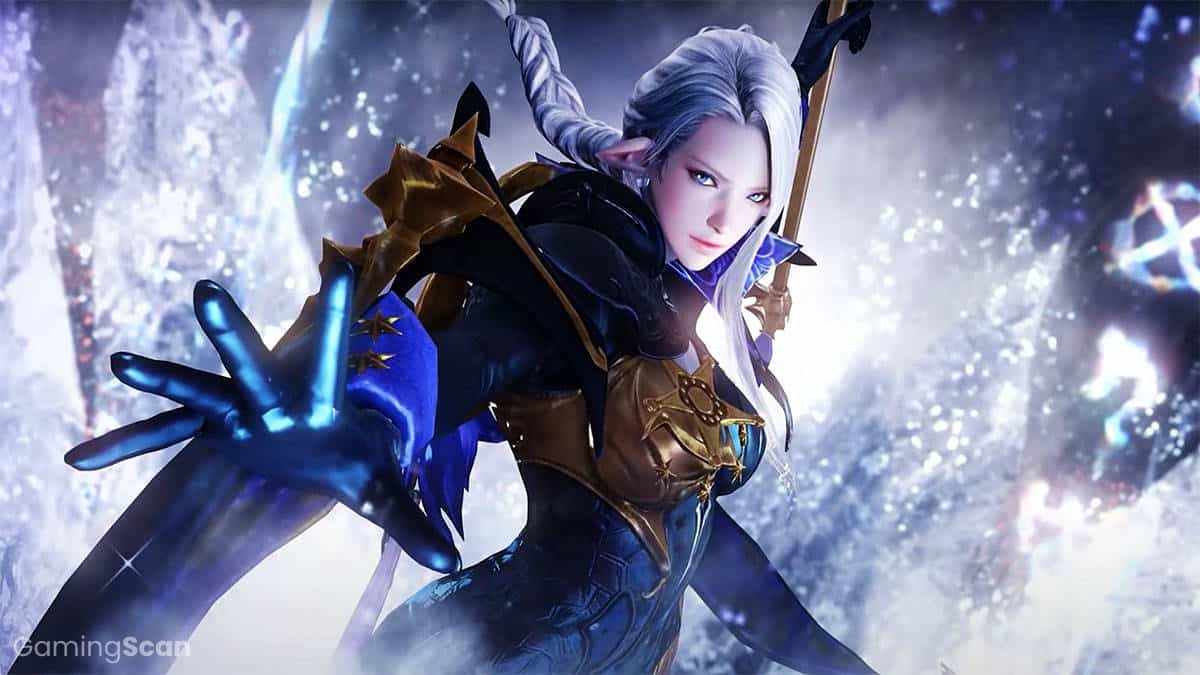 Lost Ark is a vibrant MMORPG where players can explore new lands, discover powerful rewards, and hone their skills in action-packed battles.

While the game packs in enough content to keep players busy for hundreds of hours, there comes a point in every MMO game where it’s time to move on to something new.

To help you find your next favorite game, we’ve created this list of the best games like Lost Ark for PC, console, and mobile in 2022.

For more gaming recommendations, we encourage you to browse through our other curated lists and check back in the future for more games similar to Lost Ark!

The first game we’re suggesting to Lost Ark players shouldn’t come as much of a surprise considering it’s one of the most well-known MMOs of all time.

By this point, World of Warcraft is synonymous with gaming itself and will likely never disappear so long as Blizzard is still around.

Like Lost Ark, the game is frequently updated with new features and content in the form of expansions that introduce new areas, class challenges, and daily quests for rewards and currency.

It also happens to be pretty low on the list of grindy MMOs, which is definitely something Lost Ark players can appreciate.

Speaking of grind, Black Desert Online is probably one of the worst offenders of not respecting players’ time, especially when it comes to the effort and luck required to enhance gear.

With this in mind, we still recommend giving it a shot simply for the combat, as BDO is unmatched in this department and offers satisfying combo-based fighting mechanics.

This is further complemented by a flexible career system that lets you explore various disciplines ranging from merchantry to fishing, mass production, and more.

Similar to Lost Ark, the game features a PvP component where players can participate in weekly guild wars that pit teams against each other for special rewards.

If you’re looking for another free-to-play MMO with engaging and fast-paced combat like Lost Ark, then Destiny 2 may be right up your alley.

Billed as a multiplayer shooter with rolling seasonal content, it casts you as a Guardian assigned to protect the solar system from warring alien factions.

Depending on your class, your character can wield different powers that can be further customized and work in tandem with a deep arsenal of weapons.

Much like Lost Ark, the game is very multiplayer-focused, with some activities requiring you to have 3-6 players in your squad to complete them.

While not an MMO, Grim Dawn is an extremely well-polished action RPG that shares many similarities with Lost Ark in terms of combat and progression.

In it, you take on the role of a rebel fighter caught in a war between two supernatural forces vying for control over humanity.

Gameplay revolves around exploring various dungeons, caverns, forests, and wastelands filled with enemies and loot to enhance your character’s abilities.

Environments are also littered with hidden caches and bits of text that flesh out Grim Dawn’s distinctly dark fantasy-steampunk setting.

Path of Evil is another solid choice for free-to-play action MMORPGs that occupy a similar niche as Lost Ark while leaning more towards a dark fantasy aesthetic.

Inspired by games like Diablo, it places a heavy emphasis on dungeon-crawling, looting, and PvP for players that are up for the challenge.

The playerbase is constantly growing and new features, characters, and content are doled out often enough to make it worth your time.

To this point, Path of Exile implements one of the most welcoming free-to-play models by not gating your character’s progression behind paywalls.

Another action RPG with a cult following, Genshin Impact does a great job at combining stylish anime visuals with sprawling open-world environments and unique chance-based rewards.

Like Lost Ark, the game sells itself as a live service free-to-play game that’s continually updated with new characters, cosmetics, and refinements.

Combat is very fluid and satisfying compared to other real-time action MMORPGs and the world is full of eye-catching locations to explore as you complete your quests.

Furthermore, Genshin Impact is great for linking up with friends as it supports crossplay between PC, console, and mobile versions.

Another classic action RPG that needs no introduction, Diablo III is easily one of the best titles Blizzard’s ever released and will likely never be topped.

In it, players pick from seven unique classes before embarking on a quest to slay Diablo himself with help from up to three players.

Much like in Lost Ark, gameplay focuses on hack and slash combat with dungeon crawling and loot-based RPG progression that encourages players to keep coming back.

In addition, the game prides itself on having tailored difficulty scaling that allows you to have fun and improve regardless of your skill level.

If you’re on the hunt for more action RPGs like Lost Ark that play like a “greatest hits” of the Diablo series while setting up their own world and characters, Last Epoch is worth checking out.

Currently in Steam Early Access, the hack and slash action RPG sees you playing as a hero on a quest to save the universe from an all-consuming void.

This is done by traveling through time and battling powerful ancient gods and monsters using class-based abilities with room for mastery specializations.

Unlocking these allows you to hone in on a particular playstyle and learn new skills that both look and feel extremely satisfying to pull off during battle.

Although not an action RPG, Divinity: Original Sin II is a good Lost Ark alternative for players that like to approach battles tactically and explore unconventional strategies.

The game starts you with an original character whose race, gender, stats, and backstory can all be personalized before heading into a sprawling fantasy world called Rivellon.

What’s more, the game allows you to bring a friend along for the ride in co-op where you and your partner are free to split up and explore the world in your own ways.

Final Fantasy XIV is one of the MMOs that frequently comes up when discussing heavy hitters in the genre, mainly due to the fact it’s well-supported and has a large, active playerbase.

This makes it a great alternative for Lost Ark players looking for something new to play in 2022, assuming you don’t mind shelling out cash as per the game’s subscription-based model.

Thankfully, it offers a trial period where you can experience much of what FF14 has to offer and see if it’s to your liking before footing the bill.

Like Lost Ark, the game is frequently updated with new systems, world events, and expansions that advance the MMO’s ongoing story.

If you’ve grown tired of all the modern MMO tropes, now is as good a time as any to go back and check-in with one of the longest-running games in the genre.

Star Wars: The Old Republic stands out from the competition by taking a unique approach to storytelling that adjusts the narrative based on your chosen class.

And with there being a total of 8, you’re bound to find something that excites you enough to main a character throughout a slew of expansion packs.

Most recently, the game received “Legacy of the Sith,” an expansion that introduces a new storyline, planets, seasonal rewards, and more.

Reminiscent of Lost Ark’s more sci-fi-centric elements, Warframe is an almost decade-old MMO that casts you as a nimble space ninja trekking across galaxies.

The game’s main selling point is its fluid and fast-paced combat and movement systems that see your character traveling at breakneck speeds as they slice, dice, and fire at enemies.

Warframes offers a robust class system that ties certain skills and traits to physical “Warframes,” combative husks with distinct visual appearances that can be further customized.

Each one changes up the combat considerably while still providing the player with enough action-packed moments to keep them engaged.

Often cited as one of the best MMOs for solo players, Guild Wars 2 has always taken a unique approach to the genre that combines themes of both fantasy and sci-fi.

Following a free-to-play model, the base game is available to all players while additional expansions can be purchased for a one-time fee per expansion.

The best part is that any new content added to the game doesn’t negate any of the previous expansions but rather builds upon it with new concepts and mechanics.

Like Lost Ark, the game can be tackled as a single-player RPG while still including all of the social features and community interactions one would expect to find in an MMO.

If you’re looking for an MMO like Lost Ark that uses its expansions to tell self-contained stories that don’t detract from the overarching plot, then The Elder Scrolls Online is another solid recommendation.

This is especially true for longtime fans of the Elder Scrolls series that enjoy diving into the lore and scooping up every side quest they can get their hands on.

It’s also considerably less grindy compared to many MMOs on this list thanks to the One Tamriel update a while back that implemented level-scaling throughout the game’s world.

Last up on our list is a tried and true classic MMO that never goes out of style thanks to the fact it can still be played in both old and modern versions.

In fact, RuneScape is still pulling in a combined 1 million+ players still to this day, no doubt due to the game’s last design and consistent content updates in the form of expansions and QoL improvements.

What makes RuneScape stand out from other MMOs is its open-ended approach to progression in which players are free to tackle activities they’re most fond of rather than grinding out the boring stuff.

As a result, it’s possible to build up your character around one specific specialization or become a jack of all trades by investing in several areas. 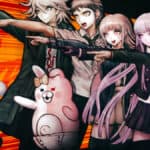