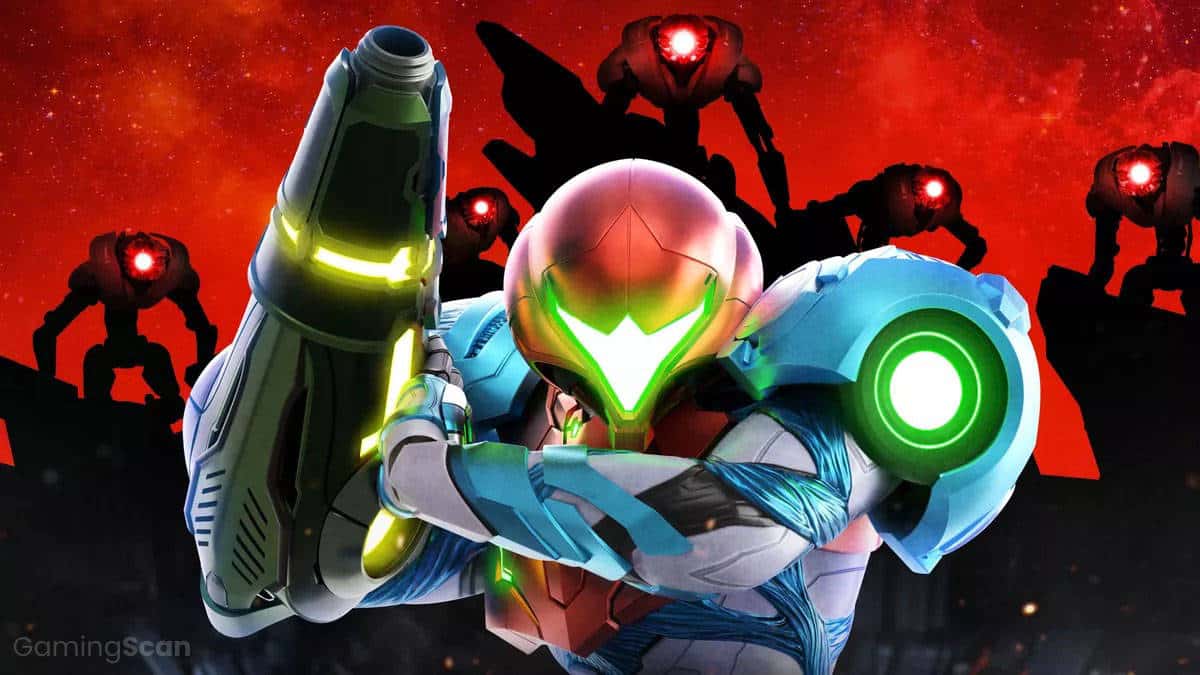 Considering how few and far between new Metroid games are released, we can’t blame anyone for trying to squeeze out as much content as they can from Metroid Dread.

However, once you’ve completed the story and managed to find every upgrade, collectible, and challenge in the game, it might be time to move on to something new.

In this list, we’ll highlight the best games like Metroid Dread to play in 2022, including the best Metroidvania RPG games and best Metroid-like games.

We’ll be updating this list in the future with new titles, so make sure to check back and let us know if we missed any of your favorite games similar to Metroid Dread!

To get us started, we have Axiom Verge 2, the highly anticipated sequel to Thomas Happ’s Metroid-like 2D action-platformer and one of the best indie games on Nintendo Switch.

Like its predecessor, the game takes on a very Metroidesque tone that includes atmospheric sci-fi environments rendered in NES-inspired pixel art graphics.

As you progress, you’ll find new abilities that allow you to double back to previous sections to reveal hidden pathways housing stat boosts and other items that will aid you in defeating certain bosses.

While the story is directly tied to the original Axiom Verge, players shouldn’t have any issues keeping track of what’s going on since the game introduces new characters and a different setting.

The story takes place four years after the events of Blaster Master Zero and sees series’ protagonist Jason dealing with a new alien threat alongside his combat tank S.O.P.H.I.A.

Gameplay is divided into two sections: 2D-platforming levels that see Jason piloting SOPHIA, and a series of top-down labyrinths in which players explore caves while defeating enemies on foot.

The sequel introduces a host of new features, including improvements to the game’s combat system that rewards players for fighting fast and loose.

Although Hollow Knight’s hand-drawn, cartoony art style may not match up with Metroid Dread’s aesthetic, both games have a lot in common in terms of raw difficulty.

For one, enemies can easily outnumber and overpower your tiny little knight, especially at the get-go before you’ve had a chance to explore the map and obtain certain upgrades.

The 2D world of Hallownest is also surprisingly huge to the point you can easily get lost while hunting down certain bosses and secrets.

It’s more than worth it for getting to experience one of the most immersive Metroidvanias of the last decade alongside Metroid Dread.

Dead Cells is another popular 2D indie Metroidvania that will likely appeal to fans of Metroid Dread while putting its own spin on the genre with roguelite progression.

This makes it a lot easier to focus on the real meat of the game: challenging combat and permadeath systems that wipe your entire inventory upon death.

If the harrowing E.M.M.I. sequences in Metroid Dread have you feeling flustered by the end, you might want to get some revenge by playing as a monster yourself in Carrion.

This 2D reverse-horror action-platformer sees you taking on the role of a captured monster that manages to break out of its containment unit and set off on a bloody quest for revenge.

As the monster, you’re able to grab and fling both objects and humans using tendril-like arms as well as shed some mass to slip through cracks, vents, and doorways.

This opens up new areas throughout the locked-down facility to hunt down more victims, upgrades, and save points as you make your way toward the surface and eventually escape.

The Ori games are regarded as two of the greatest modern Metroidvanias, including both Ori and the Blind Forest and its direct follow-up Ori and the Will of the Wisps.

The sequel builds upon the original formula while smoothing out some of its rougher edges for a more satisfying and accessible gameplay experience.

Its setting is every bit as captivating as Metroid Dread’s and depicts lovingly detailed background environments that evolve throughout the story.

While the game’s steep learning curve is bound to be a turn-off for some, we’d wager anyone who managed to beat Metroid Dread is up to the task.

If you enjoyed traversing Metroid Dread’s eerie caves and labs, then there’s a good chance you’ll enjoy the Metroidvania stylings of Bloodstained: Ritual of the Night.

In addition to offering a more traditional take on Metroidvanias, the game serves as a spiritual successor to the genre’s namesake, specifically Castlevania.

The story is set in 18th century England and centers on an orphan named Miriam who underwent a series of alchemic experiments as a child that granted her supernatural abilities.

Similar to upgrading Samus Aran’s suit, Miriam can unlock new abilities that let her reach new areas throughout a creepy castle overrun with demons and other monsters.

Video game movie tie-ins are rarer than ever these days, especially standalone console releases with high production, satisfying gameplay, and a great soundtrack to boot.

The Mummy Demastered manages to check all of these boxes while providing a well-crafted Metroidvania map that takes cues from classics like Castlevania and Metroid.

In it, you take on the role of a special agent tasked with locating and defeating the evil Princess Ahmanet and her army of monsters.

With each death, you respawn as a new soldier and can retrieve any loot dropped by defeating a zombified version of your former self.

The story takes place in a dystopian future where citizens are forced to climb an ever-changing tower until they reach the top and kill its owner before their heart explodes.

As insane as this premise is, the game does a great job of keeping you distracted with neon-soaked visuals, synth-heavy jams, and satisfying 2D combat.

While the procedurally-generated nature of every floor doesn’t quite hit the hand-crafted high notes of Metroid Dread, you can always count on finding at least one interesting surprise in each level.

Another modern Metroidvania that scratches that retro Metroid itch, The Messenger incorporates a mix of both 8 and 16-bit pixel art graphics throughout its story.

Aside from its old-school look, the side-scrolling gameplay feels like a love letter to classic action-platformers like Ninja Gaiden and Castlevania: Symphony of the Night.

In it, you control a ninja tasked with delivering an ancient scroll to the top of a mountain whose treacherous path is littered with an assortment of supernatural monsters and deadly traps.

Along the way, you’ll master the art of “cloudstepping” while acquiring new powers and tools, such as a grappling hook and glide ability that reveals new areas throughout each level.

Despite playing more like a puzzle game than an action-platformer, Iconoclasts’ 2D Metroidvania world design is sure to appeal to any Metroid Dread fan.

Players take on the role of Robin, a naive and helpful mechanic whose world comes crashing down when a sinister religious authority takes over the government and labels her a criminal.

Like Metroid Dread, gameplay primarily revolves around exploration, combat, and puzzle-solving using Robin’s various tools throughout a series of levels.

There’s a big emphasis on boss battles that present new challenges for Robin to tackle with each of her tools, namely her wrench which can be used to turn bolts, grapple to surfaces, and conduct electricity.

Any Metroidvania fan owes it to themselves to play through the fantastic and critically acclaimed SteamWorld Dig series spanning two games.

SteamWorld Dig 2, in particular, does a great job of expanding upon the original’s gameplay premise while featuring a more elaborate Metroidvania map that’s an absolute delight to explore.

In it, players control a steam-powered robot miner named Dorothy as she embarks on a mission to track down the first game’s protagonist, Rusty, after he mysteriously disappears.

Gameplay sees you delving deeper into an intricate network of caves and mines collecting valuable resources and trading them in for new gear and upgrades that allow you to venture even further.

Like Metroid Dread, Guacamelee! 2 is a sequel that remains loyal to its source material while introducing a handful of refinements that make for a more streamlined experience.

Set seven years after the original, it has you taking on the role of the once-legendary wrestler Juan who’s now aged considerably and gotten lazy.

When a new enemy from a different timeline threatens to destroy Juan’s world, he’s forced out of retirement to save the Mexiverse from falling into the clutches of evil.

One of the most overlooked entries in Capcom’s catalog and the Strider franchise, 2014’s remake of the 1980s arcade classic inches itself towards a Metroid Dread-like action-platformer.

Players control a fast and deadly ninja with the ability to cling to walls, perform acrobatic maneuvers, and turn enemies into mincemeat with a single strike from his blade.

Like Metroid Dread, environments in Strider are rendered in 3D but presented from a 2D perspective complete with atmospheric environments with sci-fi themes throughout.

Even if it’s technically a hack and slash game, the overall tone, presentation, and gameplay loop are straight out of Metroid’s playbook. 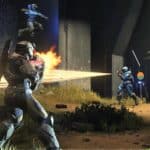