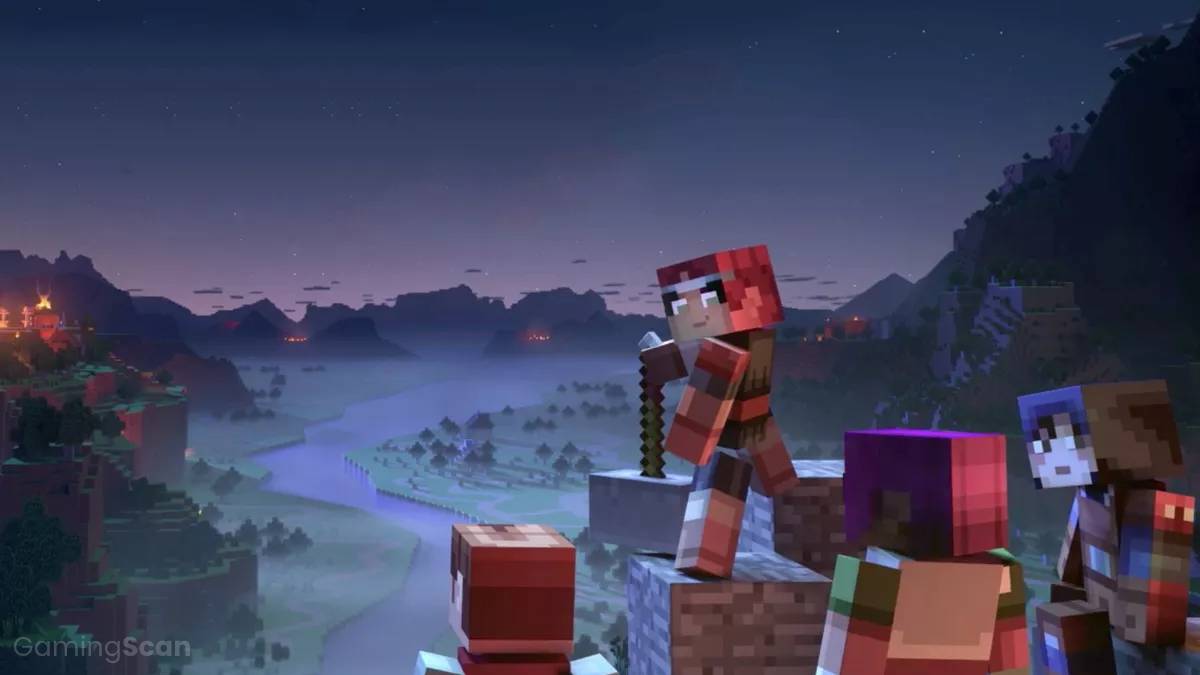 Minecraft heralded a shift in popularity for crafting and survival sandboxes. The Microsoft-owned property once dominated the gaming category on YouTube and has gone on to influence the creation of games such as Terraria, Rust, and even Fortnite.

Aside from having an open-ended gameplay formula that appeals to a wide range of players, the thing that allowed Minecraft to remain popular for so long is its mod support.

This has led to a plethora of community-generated content, with players able to alter the base game to include new gameplay mechanics, items, textures, and assets.

And while the block-builder is still regarded as one of the top titles in its genre, there are plenty of other games that manage to scratch the same itch as Minecraft.

So we’ve taken the liberty of creating this list to highlight some great games that may not be on your radar along with some popular alternatives.

We’ll also be updating this list in the future, so make sure to check back. 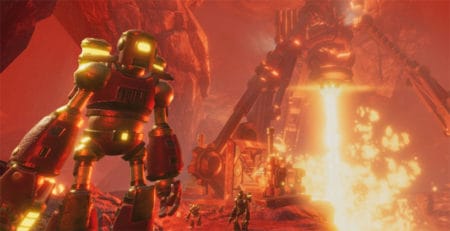 Volcanoids is a base-building survival game played in first-person. Set in a steampunk-inspired world where humanity and technology have become intertwined, the game has you exploring a volcanic island and crafting advanced machinery such as a “Drillship,” a unique base that serves as both a factory and mobile base.

The game’s setting is what’s most fascinating, since volcanic eruptions will frequently occur, requiring you to strengthen your defenses to survive.

When you’re not in danger of dying at the hands of Mother Nature, you’re battling for precious resources with a hostile race of robots. It’s similar to Minecraft in terms of the breadth of items that can be crafted, as well as its emphasis on exploration. 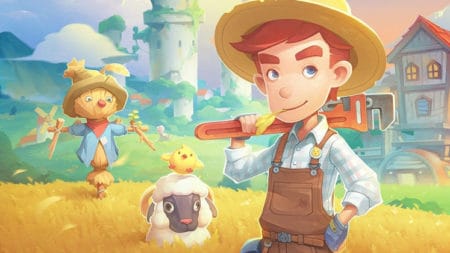 My Time at Portia is a third-person, open-world crafting RPG set in a post-apocalyptic world where the few remaining humans have banded together in a small town to rebuild civilization.

You play as an original character looking for a fresh start as a farmer and adventurer, with a handful of activities at your disposal.

A large chunk of the game is spent upgrading and managing your farm, crafting new tools in workshops, and exploring caves containing valuable resources and ancient relics.

It isn’t a very story-focused or linear game and instead allows you to set goals for yourself based on your interests, a formula that many Minecraft players enjoy. 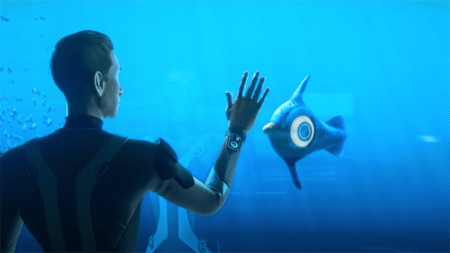 Subnautica is a first-person survival game that focuses on underwater exploration. After your spaceship crash-lands on an alien planet covered almost entirely by oceans, you’re left in a constant struggle for food, drinkable water, and oxygen.

While searching for resources to help keep you alive, you’ll come across valuable materials that can be used to upgrade tools, expand your base, and craft submersibles.

There are several objectives to pick from, such as exploring the deepest depths of the ocean or trying to build the biggest base you can.

Exploring your old ship’s crash-site also reveals more about how you ended up on this strange planet and can help you plan an escape. Beware, danger lurks around every corner and comes in all shapes and sizes. 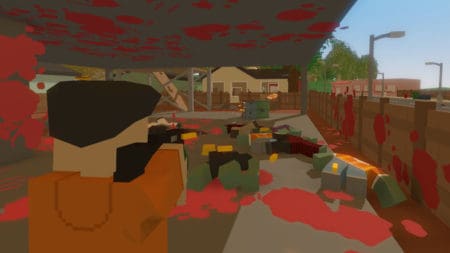 Unturned is a free-to-play survival game that serves as a decent alternative to Minecraft in terms of aesthetics.

Although keeping your character alive is a lot harder since resources and inventory space are more limited, the game uses its day/night cycle to help break up activities and keep things interesting.

During the day, things feel a lot more peaceful as Unturned’s colorful and blocky world comes to life. However, once night falls, your character becomes a lot more vulnerable as zombies begin roaming the streets, and reduced visibility increases your chances of running into other players who might not be as friendly. 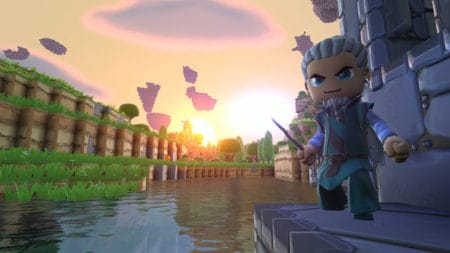 Portal Knights is a sandbox action RPG that can be played in either first or third-person. The game has you creating an original character and choosing a class from one of three options at the start—Ranger, Warrior, and Mage.

Like Minecraft, the game has plenty of activities to choose from and allows you to invest time in whatever you enjoy doing most.

You can choose to focus on combat and upgrade your character’s weapon and armor while seeking out battles with formidable foes. Or perhaps, you prefer a more relaxed experience centered on expanding your homeworld, building structures, and cultivating crops.

Maybe you’ll want to go all-in on exploration and check out the diverse worlds that make up Portal Knight’s universe. 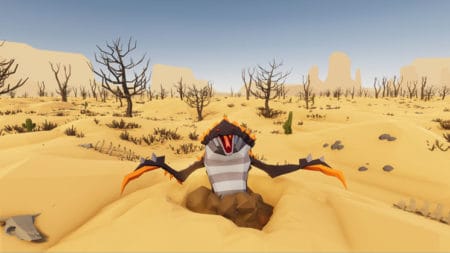 Desert Skies is a first-person survival game that has you building an airship capable of flying across a vast desert reminiscent of the old Wild West.

Along the way, you’ll encounter deserted buildings and houses filled with valuable loot and materials for expanding your ship as well as dangerous creatures lurking beneath the sand.

The game’s use of a hot air balloon as your go-to method for traveling makes it stand out from a lot of other games in this genre.

Similar to Minecraft, the game’s vast and barren environments go a long way towards making you feel isolated, which can be both relaxing or anxiety-inducing. 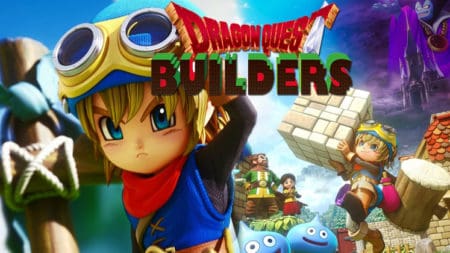 Dragon Quest Builders combines the lore and writing of the Dragon Quest series with the sandbox, block-breaking action of Minecraft. The result is an addictive base-building game with refined mechanics and a well-written cast of characters.

You play as a legendary builder, the only one of your kind left in Alefgard who can craft items after the world was plunged into chaos.

Each chapter presents specific conditions for you to meet but usually boils down to building a civilization from scratch, attracting NPCs to come to live in your town, and making sure your villagers are cared for and protected from outside threats.

The different chapters help keep the game moving at a good pace and offers an opportunity to master different areas like combat, crafting, cultivation, and exploration. 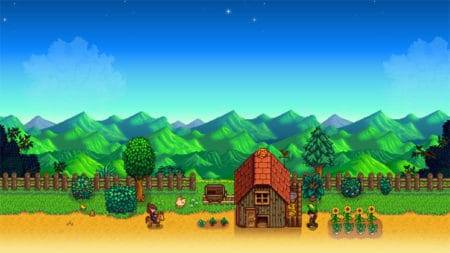 Stardew Valley is a farming sim that offers a relaxing, enjoyable experience reminiscent of Minecraft’s.

Tasked with managing and expanding your grandfather’s plot of land, you’ll spend your days growing crops, gathering resources, crafting items, exploring mines, and completing tasks for a cast of diverse and exciting NPCs.

The game is extremely flexible and allows you to focus on doing things you like, whether it’s fishing, exploring mines, or digging through your neighbor’s trash cans.

Over the in-game years, you’re given glimpses into the lives of the town’s citizens, who each have their unique personalities and can be wooed into marrying you. 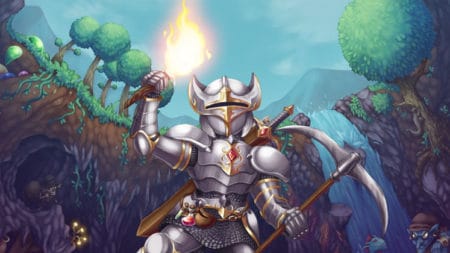 Terraria was criticized during its 2011 release for being nothing more than “2D Minecraft”. And while the two games do share a lot of the same DNA, Terraria has evolved into a completely different beast over the last eight years.

For one, it’s more combat-focused and features more weapon and enemy diversity than the popular block-builder. Secondly, the game contains a lot more hidden secrets for players to discover even well into a hundred-hour playthrough.

You’ll also find it doesn’t offer as much hand-holding and is designed for survival game veterans. 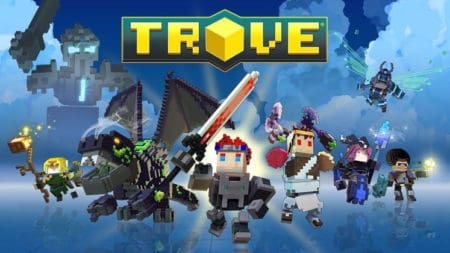 Trove is a free-to-play MMORPG where players pick a class and set off on a journey across an endless number of different and interesting worlds.

The game shares Minecraft’s voxel-based aesthetic but features much deeper combat and progression systems that are both tied to acquiring loot, which Trove is continually rewarding you with.

For those of you who like having a place to kick their voxel feet up, Trove is fantastic. It grants you the ability to make a Cornerstone, which is a personal home that you build block-by-block, in which you can store all your valuable gear, weapons, and anything you collect on your adventures.

Additionally, the game gives you a chance to craft just about anything your heart desires, including a giant cat you can ride, futuristic motorcycles, and dragon wings. You name it, and there’s probably a blueprint for it in Trove. 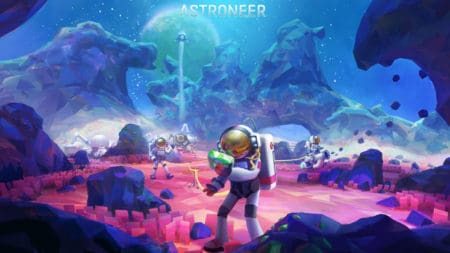 Astroneer is a space exploration and survival game centered on colonizing an alien planet, mining its resources, and using them to craft a variety of tools and vehicles.

The game doesn’t follow a pre-determined story or contain any scripted events, granting you the opportunity to carve out your adventure.

There’s also the matter of the game’s bright and colorful visuals, which blend nicely with its low-poly graphics, especially when using your landscaping tool to terraform environments.

A recent 1.0 update added a new solar system to explore in addition to new suits, environmental hazards, vehicles, and items to craft. 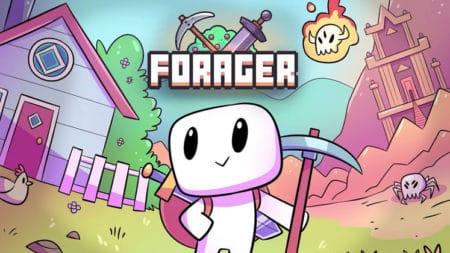 Forager is a 2D crafting and survival game with an open-world. You start small, gathering resources to contrast a humble base that can be expanded and upgraded as you progress.

As you explore, you’ll come across different biomes like Deserts, Graveyards, Volcanoes, and so on. Each will be filled with puzzles to solve, dungeons to raid, and hidden secrets.

Like Minecraft, the game is open-ended and allows you to set goals for yourself. You could decide to stay a gatherer or switch to farming, open a shop, become a builder, or a combination of each.

Forager features 64 different skills for you to acquire using the game’s free-form upgrade system that allows you to tailor your experience to your playstyle. 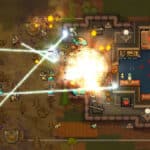