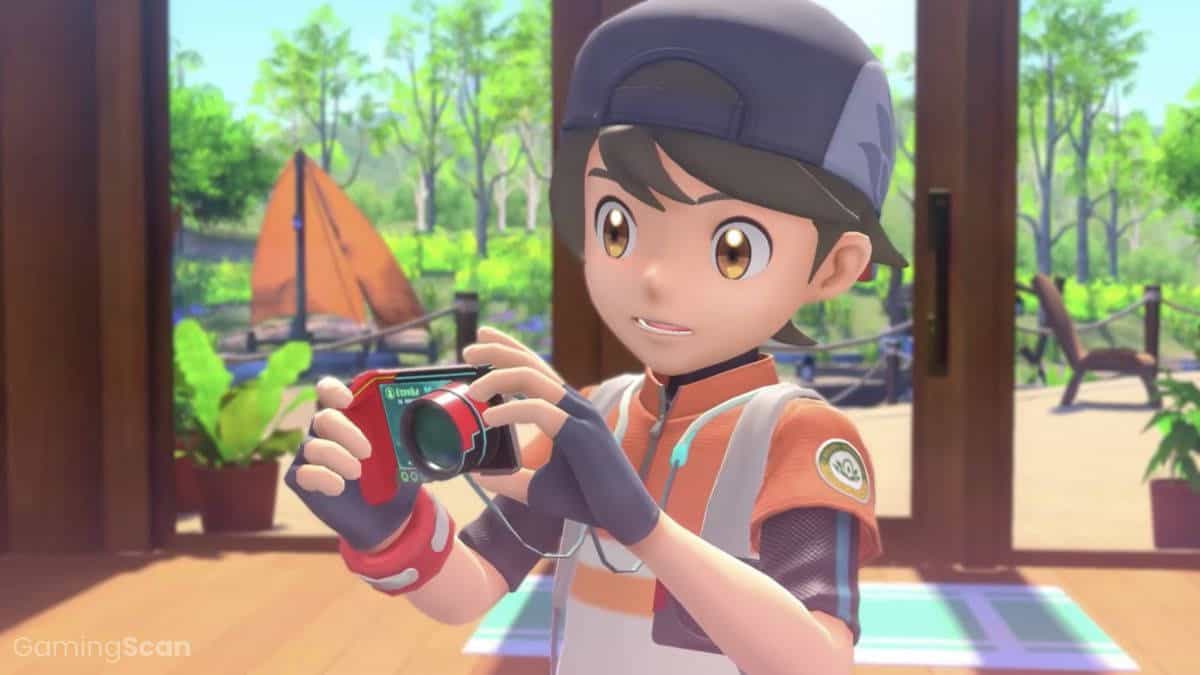 Both New Pokemon Snap and the original on N64 do an excellent job at providing a safari-like experience where players can observe and take pictures of Pokemon in their natural habitats.

Additional mechanics such as a points system that rewards you for snapping multiple Pokemon or catching them in action also adds to the excitement of feeling like a photographer on an adventure.

We’ll be updating this list in the future with new titles, so make sure to check back and let us know if we missed any of your favorite games like Pokémon Snap!

Our first recommendation for Pokemon Snap fans is Penko Park, which sees you exploring an abandoned wildlife park and taking photos of its “spooky-cute” inhabitants.

‎‏‏‎The creatures and world all have a certain creepy charm to them and the fact that most of your trips through the park take place at night or near dusk adds a bit of mystery and excitement.

Like Pokemon Snap, you can catch your subjects in action striking different poses and collect details about their species to add to your trusty park guidebook.

Lastly, Penko Park provides a bit more interactivity by giving you a grappling hook to use throughout levels along with an alternate Ghost-o-Vision camera mode that lets you see even spookier wildlife.

In it, you play as a photojournalist tasked with documenting their city during a turbulent time in the near future.

Just like in Pokemon Snap, you’re scored based on how you capture your subject, though you have a lot more freedom to edit photos to achieve a desired look.

If you decide to pick up Umurangi, we recommend getting the Macro DLC as well, which addresses your character’s abysmal default movement speed by giving you rollerblades and other new features.

Another recommendation for Pokemon Snap fans is Beasts of Maravilla Island, which has you assuming the role of Marina Montez, an aspiring wildlife photographer armed with her grandfather’s journal and camera.

Marina travels to Maravilla Island where she must climb, explore, and solve puzzles in order to reveal new locations and capture its magnificent wildlife from breathtaking heights and angles.

Similar to Snap, Maravilla’s inhabitants will display unique behaviors once coaxed, providing you with a glimpse into their personalities and habits.

Once you have a deep library of photographs, the game gives you the option to go through and sort out the best ones to showcase in your photo book.

Next up, Alba is a fun and relaxing indie adventure game about a little girl who visits her grandparents on a vibrant Mediterranean island.

During her stay, Alba witnesses an animal in danger and decides to get involved with protecting the local wildlife and their natural environment.

You’ll set off to explore the island while picking up litter, repairing bridges, recruiting volunteers, treating sick animals, and snapping pics of many in the process.

What we enjoy most about Alba is that you’re not tethered to a set path like Pokemon Snap, resulting in more open-ended photography with more room for self-expression.

NUTS is an indie mystery game with stylized visuals that make objects and environments pop out like coloring book pages once they’ve been filled in.

In it, you play as a Rookie Field Researcher assigned to Melmoth Forest for their latest assignment: tracking the area’s squirrels, who have been acting quite strange as of late.

Each day, you’ll set up stationary cameras in different parts of the forest to monitor the squirrels’ comings and goings to paint an accurate picture of what exactly is going on.

The mystery behind NUTS’ story was enough to keep us hooked, though Pokemon Snap fans will get a kick out of watching the squirrels’ antics.

There’s definitely something sinister lurking beneath Bugsnax’s yummy-looking animals and cartoony characters, but we’ll let you discover what that is for yourself.

During your stay, you’ll meet a diverse cast of characters willing to show you the ropes in exchange for the occasional snack, or rather, bugsnax.

Like Pokemon Snap, your character has a camera they can use to take pictures of Bugsnax they encounter and learn more about their likes and dislikes.

Abzu is a calm and tranquil adventure game that has you take on the role of a scuba diver that awakes floating on the surface of an ocean.

You set out to explore beautiful and atmospheric underwater environments brimming with flora and fauna life as well as ancient technology and ruins from a forgotten time.

Although you aren’t given a camera to snap pics, there are other ways to interact with Abzu’s environments and creatures, such as solving puzzles and communicating through sonar.

There are many more secrets lurking beneath the game’s surface which make for an engaging experience filled with mystery and wonder.

Set during the summer of 1989, Firewatch is about a fire lookout named Henry who escapes his messy life to work in the Wyoming wilderness.

Perched high atop a mountain, Henry acts as a lookout for any potential fires or hazards that could endanger the local wildlife, people, or the forest itself.

Using a handheld radio, Henry communicates with his supervisor Delilah as a strange, seemingly unexplainable chain of events starts to unfold in the forest.

Throughout the story, you’re tasked with solving puzzles, exploring nearby caves, and can snap photos using Henry’s camera.

Now we’ll cover upcoming games for Pokemon Snap fans to keep on their radar, with the first being Soup Pot, a cooking game that debuted during E3 2021 and is on track to release by the end of this year.

The game focuses on creativity and capturing the open-ended nature of home cooking by letting you experiment with different ingredients across 100+ unique recipes.

If you enjoyed playing New Pokemon Snap on your Switch, then consider picking up one of the most beloved entries in the Fatal Frame series when it comes to the handheld hybrid later this year.

Maiden of Black Water focuses on three interconnected stories that lead you to uncover a terrifying truth behind a string of tragic deaths all taking place in a forest with a dark past.

The updated version is set to include improved visuals, new character costumes, and a new photo mode for capturing your spookiest gameplay moments.

Pupperazzi is an upcoming first-person photography game where players can discover, pet, and snap pics of various dog breeds while interacting with a cute and cozy open-world called Muttropolis.

Environments are littered with different accessories to dress up the dogs as well as exciting activities like skateboarding and dance parties that make for great slice-of-life backdrops for your photos.

You’ll be able to upgrade your gear to get more interesting photos and utilize tools like zoom, filters, slow-mo, and various lenses to capture the best shot.

Lastly, the game gives you the option to share your galleries online with other players and compare your artistic eye for pupperazzi photography.