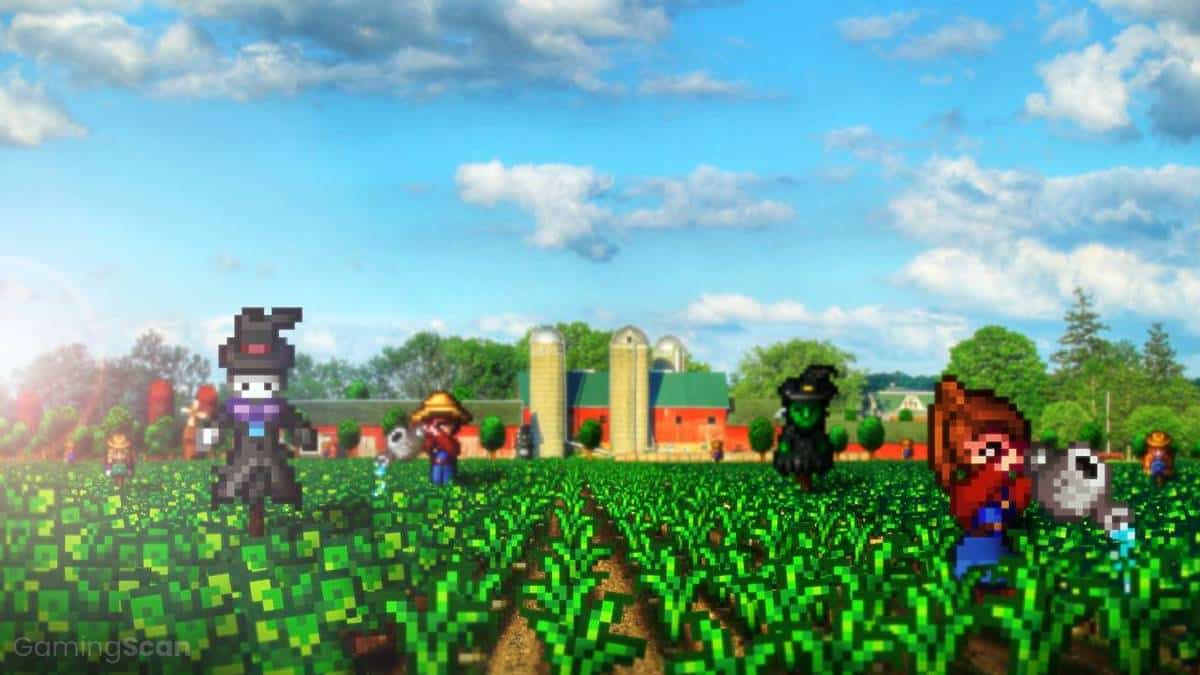 Stardew Valley is a standout indie title that amazed a large fanbase due to its addictive gameplay loop and diverse cast of characters.

Developed solely by game designer Eric Barone, the humble farming sim set out to breathe new life into an extremely niche genre that had previously been dominated the Harvest Moon series.

While the 2D pixel game is designed to be played indefinitely, at one point or another, even the most loyal fans will find themselves craving a new experience.

In this list, we highlighted the best titles that manage to scratch that same ‘Stardew’ itch. 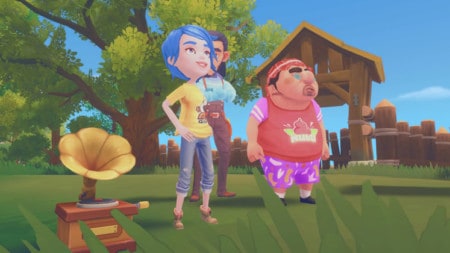 My Time at Portia shares many of the same farming sim and RPG elements as Stardew. The game is set in a post-apocalyptic world where the few remaining humans have unified to rebuild civilization in a small town named Portia.

You play as an original character looking for a fresh start as a farmer and adventurer.

Most of the game is spent upgrading your farm, crafting new tools in workshops, and exploring caves that contain valuable resources and ancient relics from humanity’s history.

It isn’t a story-focused or linear game and instead allows you to set goals for yourself based on your interests. You could decide to spend your days fishing or tending to your crops, or perhaps you’re more of an adventurer and want to mine caves for rare items. It’s all up to you. 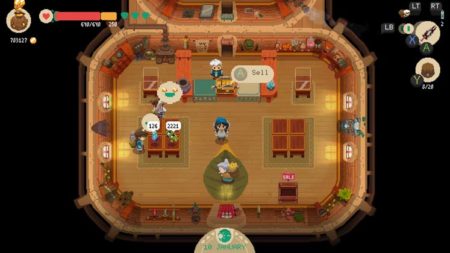 The game features a day/night cycle where days are for running your shop, and upgrading gear and evenings are for exploring dungeons and collecting materials to sell.

The combat is a lot more complicated in Moonlighter as your character has access to a dodge roll and can wield multiple types of weapons that affect battles play out.

While exploring dungeons and selling whatever you find makes for an exciting gameplay loop, the shopkeeper component is arguably the best part of Moonlighter.

The game allows you to set prices for goods, change the appearance of your shop’s interior, and tackle anyone that tries to steal your merchandise. 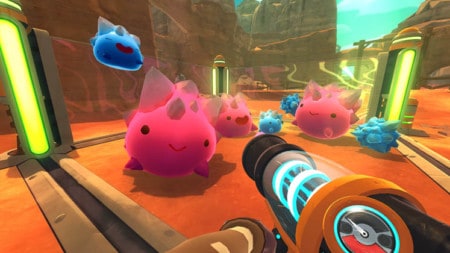 Slime Rancher is an adorable sim game that takes an interesting approach to its farming mechanics. You play as a rancher living on a planet populated by multiple species of cute slime creatures.

Your job is to catch these slimes, bring them back to your ranch, and feed them to produce ‘Plorts,’ which are the game’s main currency and method for upgrading your tools and farm.

Additionally, you can breed different slimes to create new species that have different characteristics and yield multiple Plorts.

The game doesn’t have any NPCs for you to charm. However, each type of slime has unique behaviors and interacts with other species in different ways. 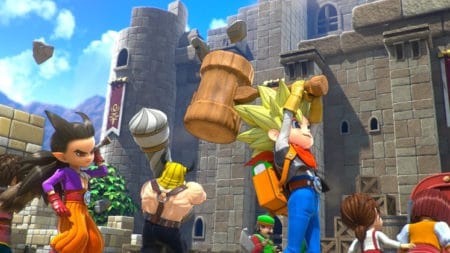 At first glance, Dragon Quest Builders may seem closer to games like Minecraft. The game has many elements you’d expect from a 3D sandbox game.

Yet, Builders also features a cast of interesting characters and a fully developed story broken up into chapters that serve as an alternate ending for the original Dragon Quest’s story.

You play as the last remaining human who can craft items and are tasked with rebuilding the kingdom of Alefgard and defending its citizens from the villainous Dragonlord.

By exploring different worlds, you gain access to new crafting materials and upgrades for your equipment. As you expand and develop your town, new villagers will appear and begin making requests for you to craft new items and room types.

World’s Dawn is arguably the most similar game on this list to Stardew, as it shares many of the same gameplay elements found in the Harvest Moon series.

Aside from standard farming sim duties like harvesting crops and tending to livestock, World’s Dawn allows you to customize your farmhouse, compete in village festivals, and romance your neighbors.

While it doesn’t have a lot of new content to offer once you’ve completed your first year, the game still feels fresh for the first 30 hours or so. 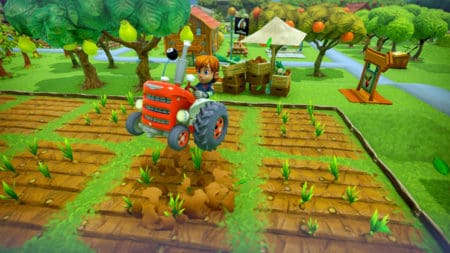 Farm Together is a sim game centered on managing and upgrading your land and doesn’t feature any combat or NPCs to woo.

However, the game manages to streamline a lot of the more repetitive parts of traditional farming sim gameplay by including things like a tractor that speeds up the process of harvesting crops.

Additionally, there are a lot of customization options for changing the appearance of your character, tractor, buildings, fences, roads, etc.

In Farm Together, time advances whether you’re online or not, so you can always pop back in later in the day to find new activities available.

The game also has excellent multiplayer integration, allowing you to control who can come into your world and how much they can interact with your farm, reducing any risk of vandalism. 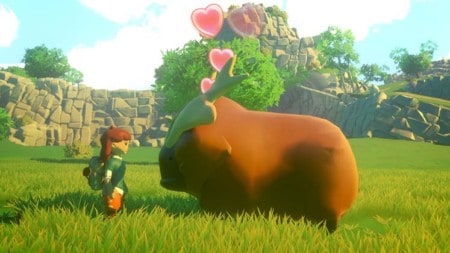 The game is set on a massive island called Gemea, which is composed of eight distinct environments that range from warm tropical beaches to damp swamps, to cold snow-capped mountains.

Your main goal is to help the island prosper by participating in different activities like farming, crafting, cooking, fishing, and building relationships with local NPCs. 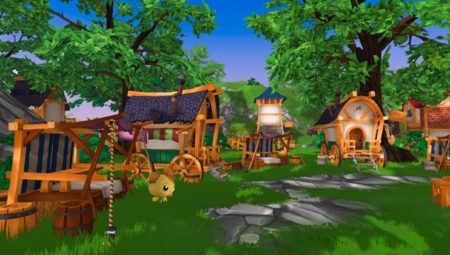 Garden Paws is another sim game that headlines some farm management but also has a lot more going on.

You play as a small cuddly animal that can be fully customized with different ears, eyes, and fur colors, exploring an island filled with other adorable creatures.

Your main goal is to upgrade your village with new shops and sights to see to attract new animals to visit the island.

To do so, you’ll spend your time exploring caves, fishing, raising animals, and collecting items to sell in your shop. 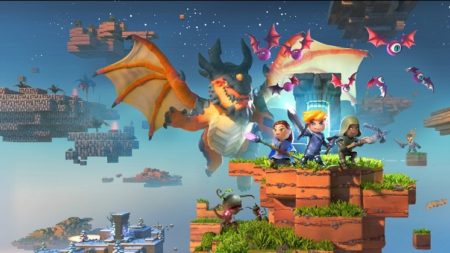 Portal Knights is a sandbox action RPG that can be played with up to four friends online. You play as a fully customizable character, picking from three different classes at the start: Ranger, Warrior, and Mage.

Like Stardew, the game has a plethora of activities to choose from and allows you to invest time in whatever you enjoy doing most.

You can choose to focus more on the game’s combat component, upgrading your character’s weapon and armor, and seek out fierce boss battles.

Or again, maybe you want to go all-in on exploration since Portal Knights features a seemingly endless amount of worlds for you to check out. 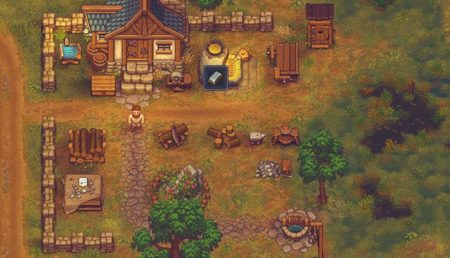 The game has you start by building and managing your graveyard, with the option to venture into other fields like selling human remains to the local butcher.

You’ll sometimes find yourself having to cut costs, which leads to some tough moral and ethical decisions like spending time and resources on high-quality ingredients for potions or just using whatever you can find in a local cave and possibly poison the entire village.

Graveyard Keeper also features a cast of well-written characters who have absurdly funny anecdotes and quests to offer. 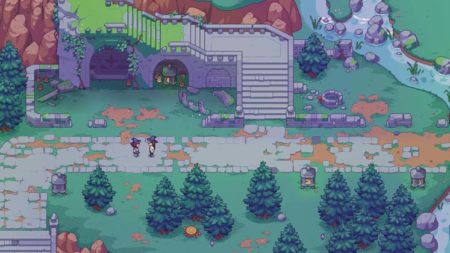 Witchbrook, formerly known as Spellbound, is an upcoming school sim and action RPG. The game comes from Stardew publisher Chucklefish and looks like a mash-up of SV and Harry Potter.

In it, you’ll get to experience all the challenges that come from training to be a Witch along with the ups and downs that accompany typical high school drama.

Few details are currently known about Witchbrook, however looking at the success of Stardew, it seems likely that forming relationships with your classmates and professors will be the essence of the game’s story.

The magical setting also provides an opportunity to use spells in favor of weapons to fight enemies and craft different potions that affect your character’s abilities. 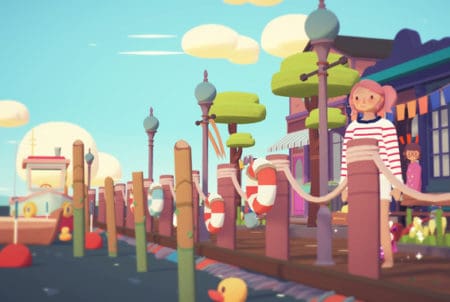 Ooblets is an upcoming life sim inspired by Stardew and Animal Crossing with a bit of Pokémon sprinkled on top. In it, you play as a customizable human character in charge of maintaining a farm.

Aside from tending to crops, you spend a lot of your time collecting and interacting with Ooblets, adorable small creatures that come in all shapes and sizes.

Together, you and your Ooblets will go on new adventures, battling other trainers, having dance parties, and exploring different islands.

The game oozes cheerfulness and seems like it’ll provide a laid-back experience for players who enjoy the finer things in life, like assigning their character a different hairstyle for each day of the week. 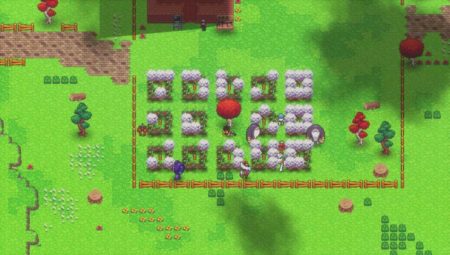 Robot Farm is an upcoming title that looks to blend both classic tactical JRPGs and farming sims masterfully.

The game has you embarking on a quest to save the world with some help from your Aokobots, machines that specialize in growing crops, and defending your land from attackers.

You’ll encounter diverse species of monsters in the world that can be defeated or recruited to fight alongside you. Combat is turn-based and will require careful coordination between you and your Aokobots’ unique skills.

The game will feature deep crafting and farming systems that allow you to augment your abilities and alter your farm’s appearance. 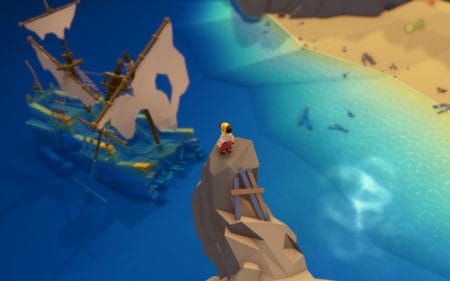 Stranded Sails is an upcoming open-world farming adventure game that has you and your crew fighting for survival after a ship-wreck leaves you stranded on a mysterious archipelago.

Taking on the role of son or daughter of the ship’s mortally-wounded captain, you’ll have to step up to the occasion and establish a camp for survivors.

Along with setting up a farm and harvesting crops, you’ll be searching for materials to rebuild your ship and ultimately escape.

As you venture deeper into the wilderness and explore each island, you’ll encounter a variety of dangers and challenges that seek to stand in your way. 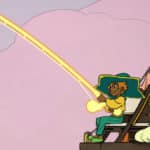