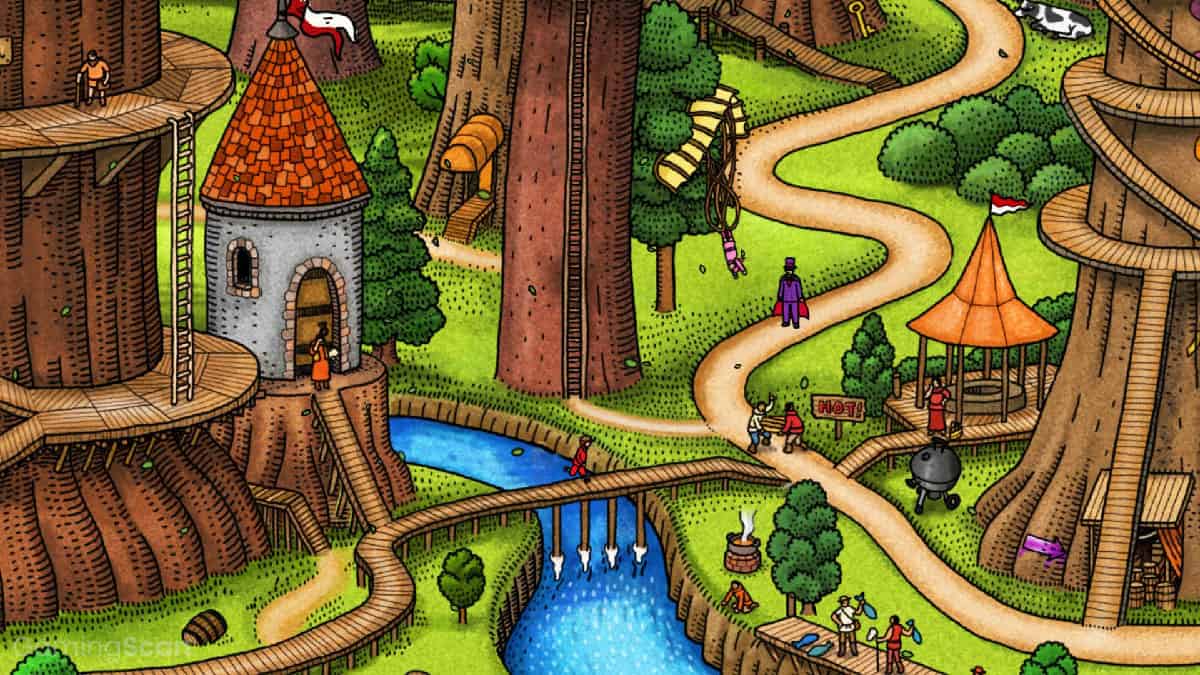 If you’re in the mood for some casual PC gaming, hidden object games are always a great option as they’re generally laid-back experiences with lovely artwork.

These days, hidden object mechanics can be found in a wide variety of genres but appear most prominently in puzzle and adventure games.

So without any further delay, let’s get started!

A Building Full of Cats

Considering how skilled cats are at hiding, they seem like a natural fit for a hidden object game such as A Building Full of Cats.

In this game, you find yourself in a five-floored building littered with adorable felines that have nestled themselves in different hiding spots.

Finding all 300+ can be quite the challenge but if you manage to do it, we suggest moving on to the creator’s next title, A Castle Full of Cats.

It’s not often that we get a hidden object game designed around co-op, making The Past Within extremely unique within the genre.

Made by the same team behind the Rusty Lake and Cube Escape puzzle series, it sees two players working together to uncover a mystery transcending the future and past.

Since each player is limited to only their world, observing and communicating are critical to locating hidden items and solving each puzzle.

Best categorized as interactive fiction, FMV games are very much story-driven affairs that tend to feature hidden object mechanics in some capacity.

One of our favorites is Immortality, an FMV game that centers on a rising movie star whose career was cut short after she mysteriously disappeared before any of her films were released.

The game tasks you with piecing together what happened by sifting through recovered footage, picking out key objects, and finding connections.

Using photography as a framing device for its hidden object gameplay, TOEM is a standout indie title that comes courtesy of Something We Made.

In it, your character sets off on a charming adventure to uncover the mysteries of a hand-drawn black-and-white world filled with quirky creatures.

Many of them have a problem or challenge for you to solve by photographing certain objects, many of which can be tricky to find without the right angle.

Milo and the Magpies

Milo and the Magpies is another game with cats that weaves hidden object mechanics into a wholesome point-and-click adventure.

In it, we follow the titular feline Milo after he gets lost while chasing a flock of pesky magpies and tries to get back home.

His journey takes him through vibrant hand-drawn gardens teeming with puzzles that require you to find hidden objects to advance.

When The Past Was Around

Next on our list of fun hidden object games, When The Past Was Around is an emotionally-charged puzzle adventure about love and letting go.

The story follows Eda, a girl in her early 20s who feels lost and finds comfort in meeting and growing close to a man called “The Owl.”

Their bittersweet tale is played out across a series of memories with disjointed rooms that offer clues, puzzles, and surreal environments for you to explore.

If you’re in the mood for a hidden object game with a classic hand-drawn look and feel, Labyrinth City might just be the perfect game for you.

Adapted from the bestselling children’s book series Pierre The Maze Detective, it sees the titular character on a mission to recover the stolen Maze Stone.

Pierre’s journey takes him on a globe-trotting adventure filled with eccentric characters, brainteasing puzzles, and tons of hidden secrets.

Moving along, our next suggestion is I Am Dead, a hidden object puzzle adventure game by indie developer Hollow Pond.

The story for this game centers on a museum curator who passes away before reuniting with his dog’s ghost and discovering a disaster is about to strike his islandic home.

Together, the pair set out to stop the island’s volcano from erupting by solving ancient mysteries that require looking inside objects and people to reveal their contents and memories.

Sizeable is a relaxing puzzle game that combines hidden object gameplay with a unique scaling mechanic that sees you growing and shrinking objects to solve puzzles.

Each level is presented as a minimalist diorama with different themes and low-poly objects that can be manipulated to trigger an event.

The base game includes 38 levels along with a handful of free expansions and secret ones you can unlock by finding hidden tortoises in each diorama.

Another fun hidden object game that lets you unplug your brain and inhabit different worlds for a few hours is Hidden Through Time by Rogueside.

In it, you’re tasked with locating everyday objects in scenes inspired by different periods throughout history, each rendered in bright and colorful hand-drawn art.

There’s a total of four historical ages to play through as well as a map editor that lets you create your own levels and browse through ones made by other players.

Keeping with the time travel theme, Cats in Time is a hidden object puzzle game that has you exploring 3D dioramas spread out over different time periods.

The goal of the game is to locate every missing cat that got transported from a scientist’s lab during a failed experiment.

Similar to other entries on this list, levels are peppered with cute animals to encounter, satisfying objects to engage with, and brainteasing puzzles to solve.

Presented in a simple yet striking black-and-white hand-drawn art style, Hidden Folks is a casual hidden object game that’s not to be missed.

It boasts 32 areas with 300+ targets to find by clicking on objects to trigger unique interactions with detailed sound effects.

The game has a wholesome vibe that’s very fitting for the genre and allows you to receive hints should you find yourself stuck on a particular object.

Our next suggestion for hidden object games is Wind Peaks, a point-and-click puzzle exploration game developed and published by Actoon Studio.

The story for this game follows a group of scouts that discover a map guiding them to a magical part of the forest ridden with mysteries.

This devolves into object-seeking gameplay spanning 10 hand-drawn cartoonish levels that will take you roughly 2 hours to complete.

This is done by rotating each one’s angle, zooming in and out, and comparing both images to pick out inconsistencies between the pair.

It’s an interesting spin on hidden object gameplay that’s further complemented by dynamic interactions and a good diversity of themes with beautiful environments.

If searching for hidden cats doesn’t do it for you, then maybe a free hidden object game about finding cartoon frogs will fit the bill.

That’s exactly what you sign up for when you download 100 Hidden Frogs, a fun and small hand-drawn indie title by Anatoliy Loginovskikh.

In it, you’re dropped into a magical black-and-white forest where you’ll have to pick out hidden amphibians to add back color to the world.

Witch It is another indie game that puts its own twist on hidden object gameplay by incorporating elements found in prop hunt, hide-and-seek, and PvP games.

Each match sees two players spawning in as either Witch or Hunter, with the goal being to disguise yourself as a prop while the other player tries to find you.

This is fleshed out further with the addition of traps and tools that the Hunter can use to try and detect, slow down, and eventually catch the Witch.

While not fully a hidden object game, The Room series has always placed a big emphasis on item hunting to solve escape room puzzles.

Old Sins is one of the best entries in the franchise and features a more fleshed-out narrative revolving around a missing engineer and his wife.

In it, you set out to solve puzzles by gathering clues, using contraptions, and revealing secret paths within an old mysterious dollhouse.

It’s not often that you see horror-themed hidden object games such as True Fear: Forsaken Souls.

Spanning two parts, this story-rich adventure game sells itself as a psychological thriller filled with plenty of twists and turns.

Much like The Room, gameplay focuses on analyzing environments to find clues and objects that will help you make progress and uncover a mystery.

There’s something so cozy and inviting about wrapping yourself in a warm blanket and settling into a good hidden object game.

And while Eventide: Slavic Fable isn’t quite as old as the titles that come to mind when listing off “classic,” hidden object games, its presentation matches up perfectly.

Set in a magical world where humans and mythical creatures co-exist, it sees you exploring 43 vibrant scenes while on a quest to save the world from evil forces.

Grim Legends: The Forsaken Bride is another hidden object game with a classic look and feel that comes from beloved genre developer/publisher Artifex Mundi.

Like Eventide, the story sets up a world full of legends, magic, and mysteries for you to explore and unravel across 14 scenes and 24 mini-games. 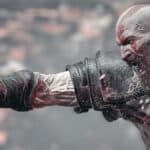