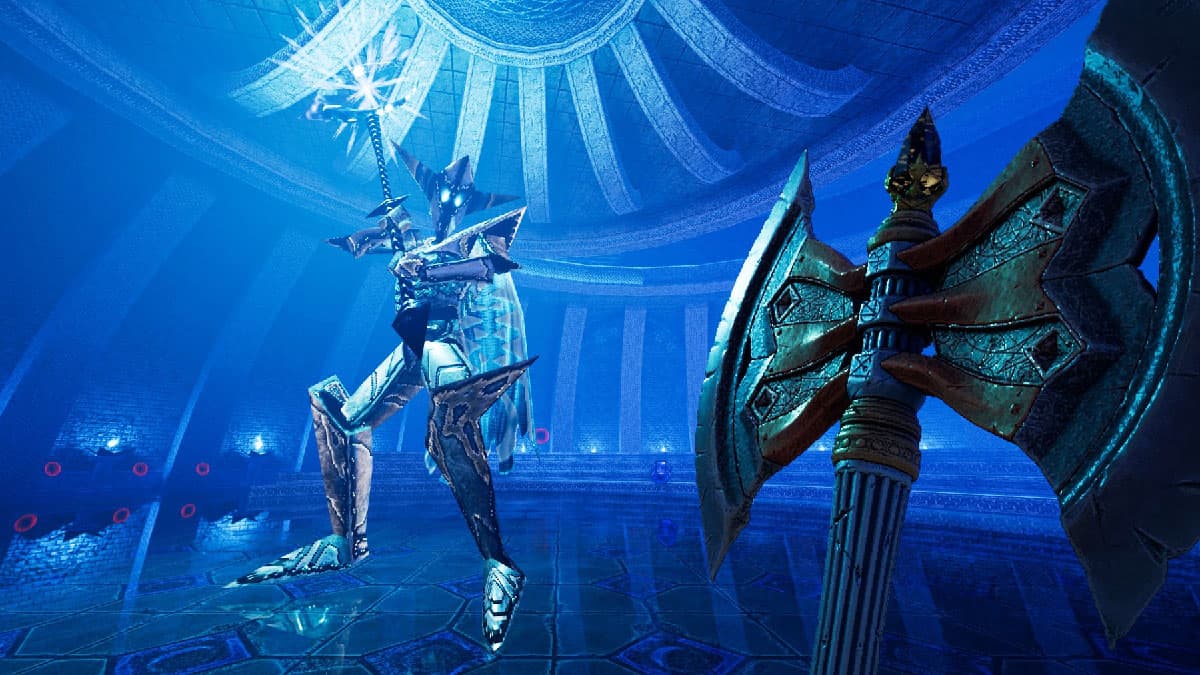 Gaming on a laptop or PC is easier today than it’s ever been, thanks to years of hardware improvements and a steady stream of digital games.

While that’s great news for anyone running a powerful GPU like the RTX 3080, many of us have to operate on a more limited budget.

Thankfully, there are plenty of amazing games that are capable of running on the most “potato” PCs and laptops out there.

In this game list, we’ll highlight the best games for low spec PCs that will keep you entertained without overloading your system.

To get us started, West of Loathing is a comedic RPG about stick figure cowboys trying to navigate an offbeat Wild West.

Combat follows a turn-based structure with plenty of comedic gags peppered in, though the real fun comes from interacting with NPCs.

It’s recommended for anyone who loves games about cowboys or just wants an entertaining PC game that’s not too taxing on low-spec machines.

The Sid Meier series has been around for what feels like forever and still manages to introduce small innovations and quality of life improvements with each new installment.

We’ve chosen to highlight the most recent entry, Civilization VI, which features a new “religion” condition that lets you win the game by converting the world to a single faith.

Like most 4X titles, gameplay revolves around turn-based actions that affect your standing with neighboring nations over the course of hundreds to thousands of years.

Like its predecessors, Civ 6 can be played offline and has low enough spec requirements that allow it to run on just about any PC or laptop.

Combining deckbuilding gameplay with roguelike mechanics, Loop Hero is a one-of-a-kind tactics game with an auto battler feel that runs well on most machines.

In it, you’re tasked with arming a hero with powerful loot before sending them on along a randomly generated loop path filled with various enemies and other obstacles.

As you complete loops, your deck expands, granting you new enemy, building, and terrain cards that can be placed in key points to farm for resources used to upgrade your camp.

The game offers infinite loop path variations along with an array of unlockable character classes that will have you switching up your approach every run.

Among Us is an online social deduction multiplayer game in which players try to complete tasks while hidden Imposters thwart their efforts at every turn.

If you’re given the Imposter role, your goal is to turn the other players against each other as you take them out one by one.

Alternatively, the Crew’s job is to work together until they can sleuth out the traitors or complete their tasks and escape.

It’s not a complicated game by any means and can run on just about any device, including less-powerful laptops and PCs.

If you’re more of a fan of single-player affairs, then a game like Welcome to Elk may be more your speed.

Categorized as an Adventure game, it sees you playing as Frigg, a young carpenter from a big city who arrives in Elk, a remote island inhabited by an eccentric cast of townsfolk.

Frigg soon finds herself wrapped up in the lives of the locals, who each have a unique tale to offer based on real firsthand accounts.

On the gameplay side of things, Welcome to Elk uses engaging mini-games to represent the various tasks you’ll be completing.

Previously, the game was only playable on mid to high-end machines, however, developer ZA/UM has done us all a favor by patching the game to support a wider range of hardware.

It takes place in a fictional city called Revachol where a failed communist revolution has left the community in political turmoil.

Hunting down clues and potential leads give you plenty of opportunities to poke and prod around NPCs’ personal beliefs and biases while dealing with your own insecurities.

A Monster’s Expedition is the latest entry in a series of loosely connected puzzle games published by Draknek & Friends.

Just like previous outings, the game features some of the most fantastic puzzle designs we’ve seen in recent years.

Its premise is fairly straightforward: you play as a backpack-wearing monster on a quest to learn as much as you can about human culture.

Your journey will take you across a vibrant and open world comprised of different interconnected islands with devilishly simple puzzles.

Aside from generating some of the best fowl-related memes to date, Untitled Goose Game offers a humorous, albeit simplified stealth experience centered on one unruly fowl.

In it, you control a maniacal goose who likes to annoy humans while exploring sandbox environments packed with interactive items and gags.

While UGG may not offer the most extensive or robust stealth gameplay, it’s good for a few laughs.

The game also benefits from the addition of a co-op mode that sees a friend controlling a second goose.

Slay the Spire is a card-strategy game modeled after 2D roguelites, in which each playthrough is different.

Each run has you selecting from multiple characters with unique starting conditions that affect how the game plays out.

The goal is to ascend a series of levels within a spire while encountering numerous enemies and rewards depending on the path taken.

Along the way, you’ll be able to rest at campfires, expand your deck with new cards from shopkeepers, and trigger unique encounters.

Amid Evil is a retro first-person shooter created in the same vein as classics like Unreal Tournament, Doom, Quake, and Heretic.

In it, you take on the role of “The Champion,” a skilled warrior chosen by the gods to wield a holy battle-ax and use it to defeat bad guys across multiple realms.

This ax can do a ton of cool things such as fire elemental projectiles, cast spells, and even deliver a nice blow to an enemy’s head.

It’s a somewhat tough game that relies on fast reflexes and constant movement but runs buttery smooth on low-end PCs.

Probably the most recognizable game on this list, Minecraft is a must-play for anyone who enjoys open-world survival or building anything you can imagine.

By now, most will be familiar with the formula: you break blocks for resources and use them to construct various tools, weapons, furniture, etc.

A big part of the game’s popularity stems from its minimal hardware requirements which allow Minecraft to run fine on just about any laptop or PC.

Additionally, you can install certain Minecraft mods that make the game less taxing on older machines.

The universally acclaimed 2D action-platformer Celeste manages to strike the perfect balance between gameplay and story, despite its high default difficulty.

In it, you play as Madeline, a girl looking to escape the struggles of everyday life by climbing a mysterious mountain.

For those who love a good challenge, Celeste features hidden collectibles scattered throughout levels along with remixed ‘B-Side’ stages that boost replayability.

Into the Breach is a turn-based strategy game developed and published by Subset Games, best known for their breakout hit FTL: Faster Than Light.

The game takes place in a far future where humanity must fight against an army of monsters known collectively as the Vek.

Gameplay has you engaging in turn-based battles using soldier-operated mechs that can be equipped with a variety of weapons and armor.

Similar to FTL, the game is broken up into a series of missions with procedurally generated scenarios and environments.

Opus Magnum is a puzzle-based programming game that has you taking on the role of an alchemist.

You’ll create potions, poisons, and more using a transmutation engine that allows you to manipulate and rearrange the atoms of various elements.

Each challenge presents you with multiple components, represented by mechanical arms and tracks, which can be combined in order to create a unique structure for specific tasks.

The game starts relatively simple, assigning you to make basic concoctions that require minimal brainpower until eventually ramping up.

Cuphead draws inspiration from challenging run-and-gun titles where memorizing enemy attack patterns was less of a strategy and more of a necessity for survival.

The game does an excellent job of luring you into a false sense of security with its charming hand-drawn characters and environments before revealing its dark nature.

In it, you take on the role of the titular hero Cuphead as he battles various bad guys to repay an outstanding debt with the Devil.

These lengthy battles put your platforming skills through the wringer and test your endurance, but are worth it for the visuals alone.

Not many games manage to blend Lovecraftian horror with dungeon crawling as masterfully as Darkest Dungeon.

Billed as a turn-based RPG, gameplay revolves around recruiting, training, and guiding a team of heroes through hellish 2D environments ripe with danger.

Each of the 16+ character classes included comes equipped with unique skills and flaws that can be combined in exciting ways and often lead to devastating outcomes.

It all made even more intense due to features like permadeath and mental afflictions that cause your characters to feel paranoia, masochism, fear, irrationality, and more.

A day/night cycle encourages you to plan out activities ahead of time, which includes exploring mines, talking to NPCs, tending to crops, or just hanging out at the local bar.

The citizens of Stardew have distinct personalities that really make them come to life, allowing you to make friends, rivals, and even get married.

Categorized as a 2D roguelike, Dead Cells focuses on combat and exploration across procedurally-generated dungeons.

Upon dying, players are returned to the starting area with slightly more resources than their previous run.

This is at the heart of Dead Cells’ gameplay loop, encouraging you to push yourself further at the risk of dying. 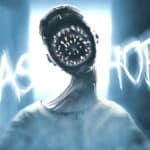