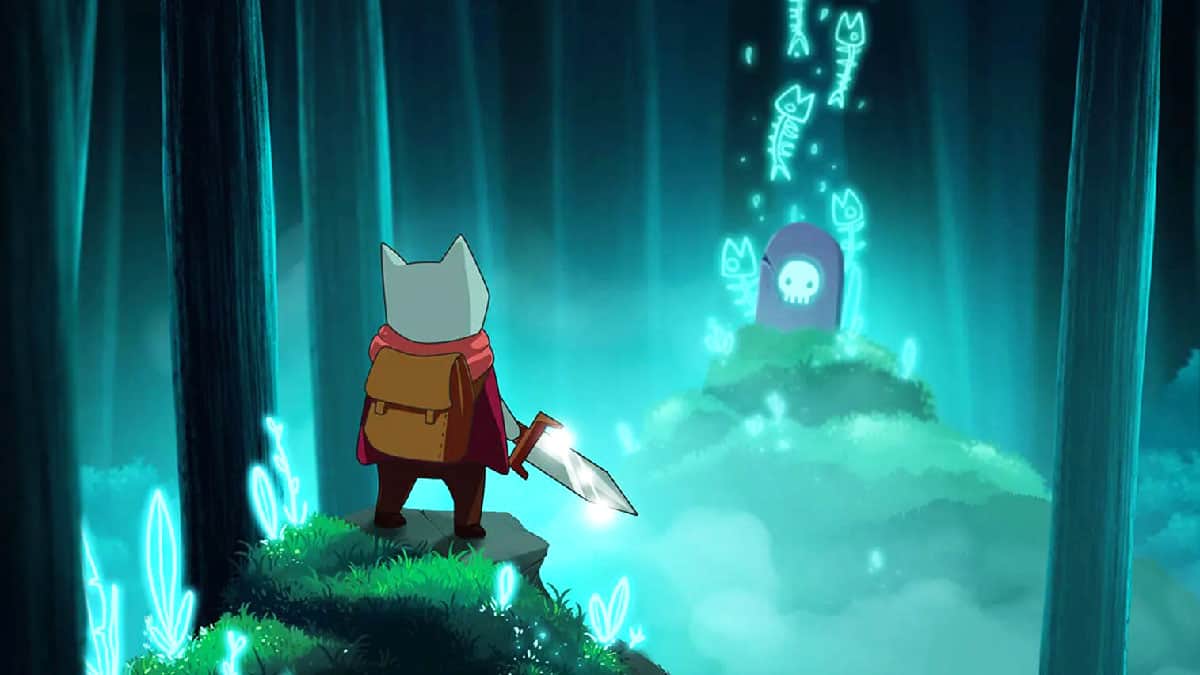 As one of the more popular genres in gaming, the best metroidvania games come in all different styles but share a few key components.

There’s always a sprawling map for players to uncover, unlockable abilities or tools to explore new areas, and unique boss battles that serve as skill checks.

In this list, we’ll help broaden your options by highlighting the best metroidvania games on Steam, PlayStation, Xbox, and Nintendo Switch.

First up on our list of fun new metroidvanias is HAAK, a 2D pixel art platformer about a mysterious wanderer embarking on an epic expedition.

Tasked with finding his lost brother, Haak sets out to explore a vast cyber-wasteland overrun with metal, dust, and danger.

To survive, he’ll have to rely on his instincts and the kindness of strangers to guide him as he traverses a hostile world using futuristic tools.

This includes a powerful blade and grappling gun that allow him to hook, dash, hack, and charge his way through enemies and hidden rooms.

Metroidvania fans looking to take to the skies and help reunite a fragmented world are encouraged to check out Kyle Thompson’s Islets.

This wholesome indie metroidvania casts you as an aspiring hero as he adventures across beautifully hand-painted islands that have become separated over time.

Along the way, he’ll meet a quirky cast of characters and face powerful adversaries using a sword and bow.

Even if some design aspects of the game feel somewhat paint-by-numbers metroidvania, all are executed wonderfully with respect for the player’s time.

Developed under the supervision of Record of Lodoss War creator Ryo Mizuno, Deedlit in Wonder Labyrinth is a 2D metroidvania based on the fantasy novel series.

The game is a worthy recommendation even for those who aren’t familiar with the series but enjoy polished metroidvanias with tight controls and great level design.

In it, you play as a heroine who awakes in a mysterious labyrinth before setting forth to find answers and battle any enemies that try to get in her way.

Combat centers on sword and bow attacks as well as powerful elemental spirits that can be used to change Deedlit’s various attributes.

Transiruby is a retro-inspired 2D pixel art metroidvania about a cyborg protagonist who ends up in a different dimension while traveling through space.

Joined by her trusty AI partner, Siruby sets out to explore the unknown land and ends up meeting a host of characters, enemies, and obstacles.

To make it back, she must collect golden chips used to unlock doors to new areas spanning multiple biomes.

Aiding her is an arsenal of cybernetic weapons and gadgets, including the ability to transform into a plane and motorbike.

Set in a world built by mushrooms, it casts you as the last living shroom on an adventure to uncover an ancient world teeming with secrets.

Unlocking them all requires you to seek out and acquire new abilities and spells that will let you reach new areas, defeat enemies, and overcome obstacles.

The game does an excellent job at making you feel rewarded for your hardwork by providing meaningful upgrades that expand your combat and traversal options.

Suparland Six Inches Under is the follow-up to Supra Games’ hit Portal-meets-Zelda metroidvania and offers a fun mix of platforming and puzzle-solving.

Anyone who enjoyed the original Rogue Legacy and wants more metroidvania action with some tweaks for a better gameplay experience is welcome to pick up the sequel.

Having exited Steam Early Access, Rogue Legacy 2 is a fantastic follow-up that injects a host of quality of life improvements into the action-roguelite platformer.

Similar to the original, you play as a hero with distinct traits that get passed down a family tree with each death, bringing ever closer to achieving your goals.

Ender Lillies: Quietus of the Knights

If you’re up for a 2D metroidvania with demanding soulslike combat, then Ender Lillies: Quietus of the Knights is a great choice.

This dark fantasy action RPG sees you embarking on a sorrowful journey where you’ll have to battle horrific enemies known as the Blighted.

In it, you play as a mysterious young woman named Lily who’s joined by the ghosts of knights who have fallen and decide to aid her in battle.

Each fight requires fast decision-making and leveraging different weapons and magical relics that afford some flexibility to carve out personalized playstyles.

Carrying on, Patch Quest is a hand-drawn roguelike that fuses monster taming with 2D metroidvania exploration and randomized terrain.

Players take on the role of an explorer collecting and cataloging 100+ creatures in the world of Patchlantis, forming bonds and unlocking new abilities along the way.

Tamed monsters can be summoned to help out during battles and reveal new traversal options such as leaps, glides, etc. to reach new areas.

These actions are unique to each monster and become available through special exploration gadgets and mount skills that trigger while riding them.

If you want to broaden your metroidvania palette, consider picking up Yoku’s Island Express, a pinball platformer hybrid by Villa Gorilla and Team17.

In it, you control a pint-sized postman on a mission to help the locals, awaken ancient deities, and uncover new areas using an innovative traversal system.

As you make your way around Mokumana Island meeting characters, solving puzzles, and battling bosses, you’ll gather the tools needed to reunite all its tropical parts.

The pinball mechanics are incorporated nicely and mesh perfectly with Yoku’s platforming gameplay to create a one-of-a-kind metroidvania experience.

Unsighted is a top-down indie metroidvania RPG that sees you playing as a cyber-enhanced automaton in a dystopian world run by machines.

If not for anything else, Unsighted is worth playing through to be rewarded with gritty sci-fi visuals and storytelling that’s further complimented by stunning pixel art.

In it, you take on the role of a naive and helpful mechanic whose world comes crashing down when a sinister religious authority takes over and labels her a criminal.

Like many metroidvanias, gameplay revolves around exploration, combat, and puzzle-solving using Robin’s various tools throughout a series of levels.

Battles present new challenges to tackle with Robin’s tools, chief among them her wrench that can be used to turn bolts, grapple surfaces, and conduct electricity.

Next up is Blasphemous, a brutal 2D action-platformer with lovingly crafted pixel art visuals that pair nicely with its dark themetic imagery.

In it, players out to explore the nightmarish world of Cvstodia in an effort to break free from their eternal damnation.

Throughout the journey, you’ll get to face off against hordes of otherwordly enemies, perform savage executions, and upgrade abilities to grow stronger.

While it’s gruesome depiction of religious iconography may be a put off for some, it’s worth checking out if you enjoy metroidvanias with challenging soulslike combat,

Upon first glance, Ori and the Will of the Wisps looks like a fun, family-friendly 2D action-platformer with endearing art direction and heartwarming characters.

However, once you start playing, you quickly realize both its story and gameplay are designed to tear you apart and leave you devastated.

From precise platforming sequences to a harrowing narrative that pits you against a host of terrifying beasts, Ori is an emotional rollercoaster of a game.

While its steep learning curve is bound to turn away some, those who persevere will be treated to one of the best Metroidvanias of the last decade.

Dead Cells is a 2D pixel art roguelike that focuses on hack and slash combat with metroidvania exploration across procedurally-generated dungeons.

Metroidvanias like Hollow Knight have always excelled at making exploration fun by turning their world maps into giant puzzle pieces.

In it, you control a silent sword-wielding bug knight on a quest to explore the darkest depths of the kingdom of Hallownest.

While on the more difficult end of the metroidvania spectrum, Hollow Knight’s steep challenges are worth enduring for the mark of accomplishment alone.

In it, you play as a robot named Dorothy as she tracks down the protagonist from the original SteamWorld Dig across a vibrant desert sit atop a sprawling cave system.

To progress, players must dig down to gather minerals, crystals, and other resources while solving puzzles, battling enemies, and avoiding traps.

The more secrets you uncover, the more you learn about the SteamWorld universe and what the future holds for its mechanical inhabitants.

Inspired by ‘90s action-platformers, Timespinner is a story-driven metroidvania about a magical timekeeper seeking revenge against an evil empire.

Lunais’ quest for justice brings her to a mysterious and hostile world where she’ll have to wield time manipulation powers to survive long enough to rewrite history.

The game features beautiful pixel art environments and a cool time swapping mechanic that has you switching from the past and present.

This, combined with a host of unique abilities and companion NPCs open up new combat possibilities for you to explore.

First conceived as a Nintendo DS title back in the mid-2000s, Metroid: Dread would be placed on hold until development was restarted for the Switch.

In it, players reprise their role as intergalactic bounty hunter Samus Aran as she investigates a mysterious transmission on Planet ZDR before realizing it’s a trap.

With the remote planet overrun by vicious aliens and bloodthirsty robots, Samus will have to hunt or be hunted while navigating a sprawling labyrinth of tunnels.

Dread retains the side-scrolling gameplay of previous 2D Metroid games while incorporating new stealth elements that make for a thrilling and tense experience.

Offering a more traditional take on metroidvanias, Bloodstained: Ritual of the Night is a spiritual successor to part of the genre’s namesake, Castlevania.

Set in 18th century England, the story centers on an orphan who undergoes a series of alchemic experiments as a child that grant her supernatural abilities.

This allows her to battle supernatural foes as well as expand her repertoire further by unlocking new abilities throughout the game.

In true metroidvania fashion, players can then revisit earlier sections of the game’s creepy castle setting to discover secrets and rewards. 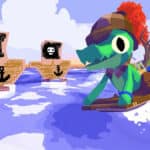