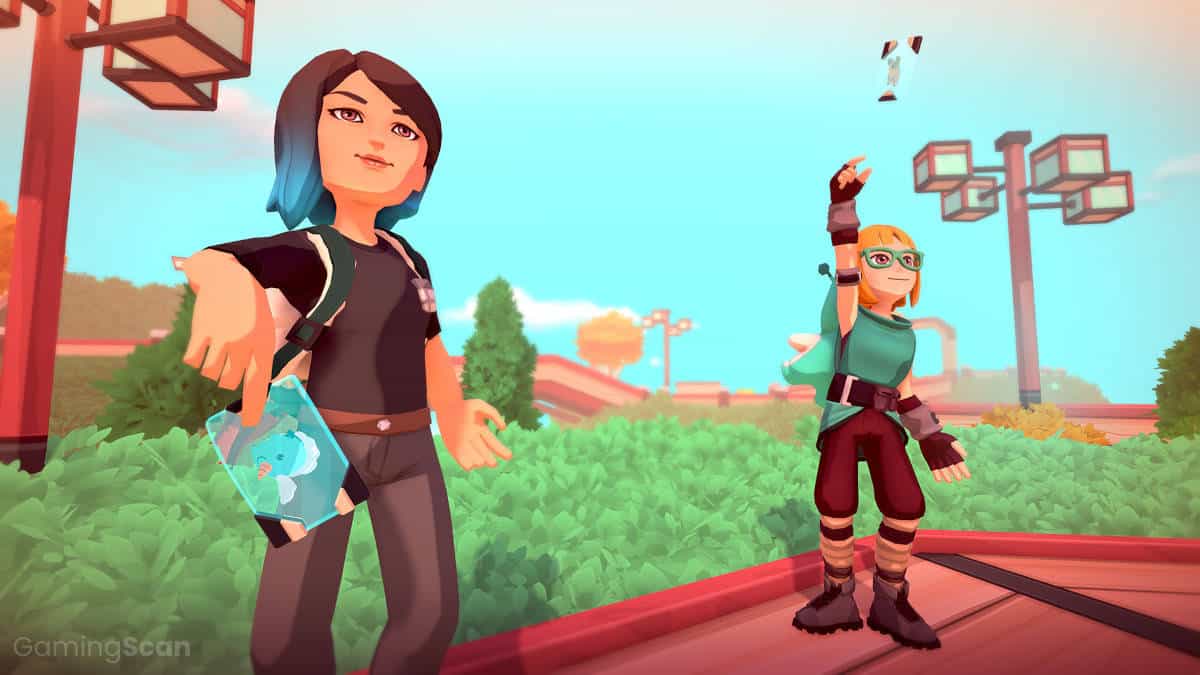 Although Pokémon may be the most recognizable monster tamer around, you’ll find there are plenty of other options for games that revolve around collecting creatures and training them to battle.

While most monster tamer games are JRPGs, there are also open-world games and life sim games that feature monster taming elements.

No monster tamer list would be complete without Pokémon, so here we’ll be highlighting the most recent entry for the Nintendo Switch.

While they may be the most polarizing mainline Pokémon games to date, Sword and Shield benefit from the capabilities of the Switch’s hardware over its handheld predecessors.

The addition of new Dynamax evolutions allows for new strategies and helps shake up the series’ relatively straightforward turn-based combat.

If you came to this list looking for some great Pokémon alternatives, fear not, we have plenty of those as well, including our next recommendation, Nexomon: Extinction.

The game is a throwback to classic 2D Pokémon but features vibrant hand-drawn art and over 300 unique collectible monsters to trap, tame, and evolve.

Story is where Nexomon sets itself most apart from Game Freak’s series, with its plot exploring more mature themes such as death and moral ambiguity without taking itself too seriously.

There are also some mechanical differences, such as wild monsters having their levels scale to yours, but if anything we’ve mentioned piques your interest, consider giving it a try and see for yourself.

Temtem is a monster tamer game that takes a different approach to the genre than Pokémon, most notably positioning itself as an MMORPG with online co-op functionality.

In it, players embark on a quest to become the ultimate Tamer by catching and battling over 80 species of Temtem, which the developer plans to expand to 141 before the game leaves Early Access.

Your journey spans six floating islands that make up the Airborne Archipelago, an ecologically diverse world where Temtem and humans live in harmony.

There’s a big emphasis on traversal using various special tools and equipment, including roller-skates, a grapple gun, rock-climbing gloves, and more gadgets that allow you to reach new areas.

If you’re a JRPG fan, then there’s a good chance you’ve already dabbled with the Persona series, or you’re highly well-versed.

In either case, Persona 5 is worth checking out or revisiting, thanks to its fantastic New Game+ mode, which lets you do everything else you might have missed out on the first time around.

You play as a rebellious teen attending high school in Tokyo who becomes tangled in a supernatural world brimming with evil threats and larger-than-life companions called Personas.

Instead of each Persona, or monster, evolving directly into a new version, Persona 5 uses a fusion system that lets you combine different Personas to create a single, more potent one.

In it, you assume control over a customizable character living in a world where humans and adorable creatures called “ooblets” live peacefully with one another.

Ooblets come in all shapes and sizes and, after some convincing, will join your party and follow you around everywhere you go to form a cute little conga line.

You can battle other ooblets, throw dance parties, and even combine traits from different ooblets to create new ones by planting seeds in your garden.

This is complemented by modern-day game design tools, resulting in a nostalgic-feeling monster tamer game that plays a lot smoother than Pokémon Red and Blue would today.

The story explores much darker thematic elements, though it can more or less be boiled down to stopping a bad guy from carrying out his evil plan.

Where Monster Crown shines is its sidequests, which are wonderfully written and flesh out the game world with exciting characters and background about Crown Island’s dark past.

Monster Sanctuary combines monster taming with Metroidvania platforming and rolls it all up in a delicious 2D pixel art package.

It sees you building your own haven for 101 collectible monsters that are scattered throughout the world; here, you can hatch, collect, and train monsters to fight on your behalf.

Mechanics-wise, the game is pretty dense, so expect to spend a lot of time strategically ordering your attacks for maximum efficiency and finding the best combos for your team.

Monster Sanctuary also features a skill tree system that allows you to hone in on a particular playstyle and tailor your monsters’ abilities to your liking.

Speaking of Metroidvanias, our following recommendation is a hand-drawn roguelike that fuses monster taming with 2D exploration and randomized terrain.

In Patch Quest, you play as an explorer tasked with collecting and cataloging the 100+ creatures that call Patchlantis home, in turn forming bonds and leveling them up to unlock new skills.

Monsters can be summoned to help out during battles and reveal new traversal options such as leaping, gliding, tunneling, and web-slinging to reach new areas.

These actions are unique to each monster and become available through special Exploration Gadgets and Mount Skills you can trigger while riding.

Next up, Slime Rancher is a playful farming game with monster tamer elements that tasks you with managing an alien ranch populated by cute slime creatures.

Your job is to catch slimes, bring them back to your ranch, and feed them various foods until they create ‘Plorts,’ which acts as the game’s main currency and method for upgrading your tools and farm.

Since there are many slime species to encounter, you can look forward to breeding different slimes and discovering new variations with unique characteristics.

Bear in mind, not all slimes get along with one another, so you’ll have to monitor their interactions and work to keep them separated and stop one breed from wiping out the rest of the population.

Set in the magical world of Giga, you play as the chosen student of the Giga clan on a quest to defeat evil and rejuvenate the world by assembling a powerful team of monsters.

Giga monsters come in three different typings, Forest, Sea, and Sky, each with its own strengths and weaknesses that can be heightened even further depending on the monster’s skills and equipment.

You can enhance your Giga monsters’ abilities by having them wear special armor as they level up and harnessing in-game tools such as teleporting and auto-battling.

Another monster tamer game worth checking out is Ghostlords, a strategic turn-based RPG with pixel art from solo developer Kyle Rodgers.

It tells the story of a post-apocalyptic Great Britain that is now haunted by a myriad of wild spirits whom you can capture and train to battle.

Each of the 50 ghost types included has four abilities along with core strengths and weaknesses, so putting together a balanced team is key to success.

Lastly, Ghostlords features multiple campaigns centered on heroes with different quests and challenges, and mod support allows you to add more content to the base game.

Ni no Kuni: Wrath of the White Witch Remastered

While it may not be the most recent entry in the series, we’ve chosen to highlight the original Ni no Kuni over its sequel simply because it delivers on the monster tamer aspect a lot better.

Gameplay is a mix of 3D exploration, battles that incorporate real-time and turn-based elements, and traditional RPG progression.

Unfortunately, this comes at the cost of a much more grind-heavy experience where you’ll have to go through countless battles to make any real progress.

With that said, the graphics and animations are a sight to behold and will make you feel like you’re watching a cartoon come to life, more so if you play the remastered version with enhanced visuals and performance.

Ark is an exceptionally ambitious open-world survival game that either plays great or terribly, depending on who you ask.

However, one thing that’s pretty consistent across the board is how excellent the monster taming, or rather, the dino taming system works.

The method varies from species to species, but the benefits are generally well worth the effort, especially because dinos will continue to work even while you’re offline.

Once you’ve tamed a wild dinosaur, you can use them to get around more quickly, store extra items, defend your base from predators, harvest materials, and more.

Although Pokémon continues to dominate gaming discussions, Digimon has managed to carve out a nice space for itself in the monster taming genre.

Two of the more noteworthy releases throughout the series’ extensive video game history are Digimon Story: Cyber Sleuth and Hacker’s Memory, which you can find bundled together in the Complete Edition.

Throughout both games, you play as a cyber detective/hacker tasked with solving mysteries that often blur the lines between the real and digital worlds.

With over 300 Digimon to collect, raise, and Digivolve, you’ll have no shortage of powerful allies to create your own all-star team and squash the competition in fierce turn-based battles.

For those unaware, Monster Hunter Stories plays completely different than the main series games and features turn-based battling in addition to monster taming.

This includes naming, riding, and training wild monsters to improve their skills in three areas: Power, Speed, and Technique.

The original Monster Hunter Stories released in 2017 for the 3DS, though a sequel is due out this July for the Nintendo Switch.

In it, you play as casts you as an inexperienced Monster Rider with dreams of taming and bonding with creatures throughout the world. 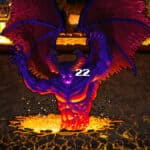