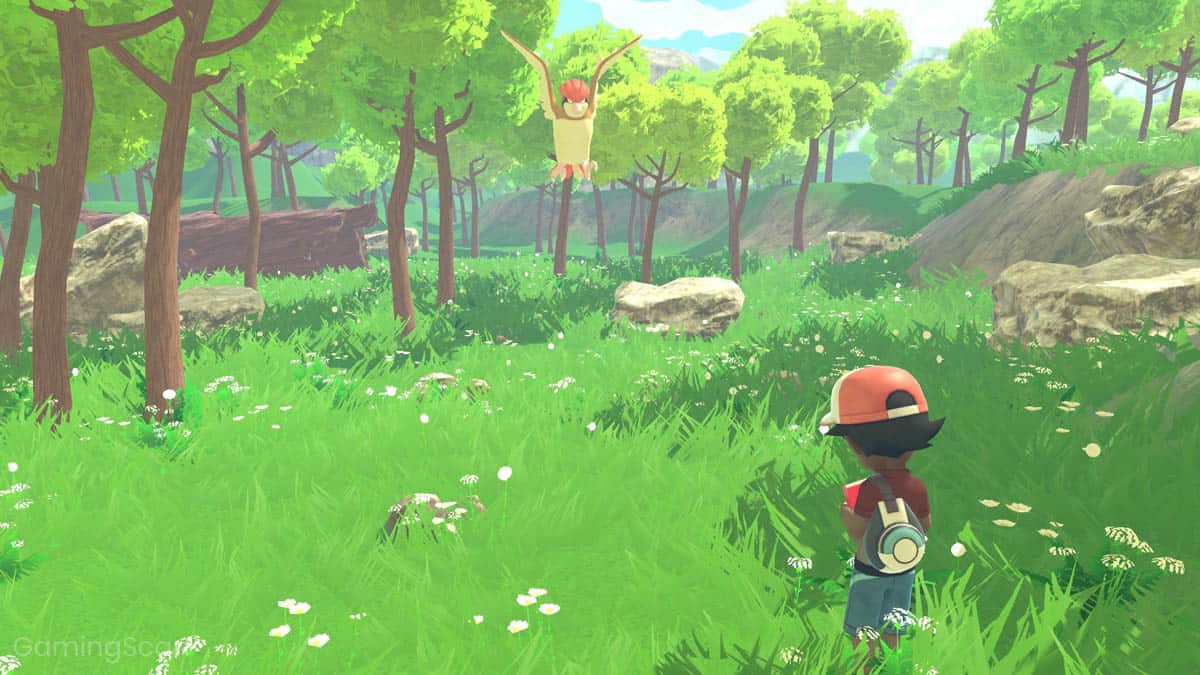 For years, Pokémon has managed to capture the hearts and minds of fans with its consistent yet addictive gameplay loop.

With Pokémon, you know you can expect a game centered on catching, battling, and raising a massive roster of 800+ different creatures. But Japanese developer Game Freak has always made sure to adhere to a specific structure when creating new entries.

That is why a majority of Pokémon games, at least the mainline series, feel somewhat timeless and capable of appealing to a wide demographic of players of all ages and backgrounds.

Some of the more passionate and technically-skilled gamers have even created their own Pokémon games. Fans often modify existing games to create “ROM-hacks” along with original fan games that introduce new creatures, stories, and even gameplay mechanics.

In this list, we’ll show you the best Pokémon fan games that introduce new ideas while staying true to the spirit of the original games.

Note that we will be updating this list in the future with new titles, so make sure to check back now and then. 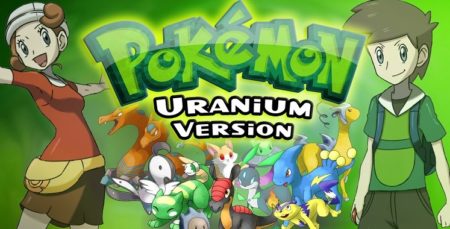 Pokémon Uranium had a lengthy nine-year development period before releasing in 2016 and going on to become one of the most popular fan-made Pokémon games to this day. Set in the new Tandor region, this game features over 150 original Pokémon designs and introduces a new “Nuclear” typing.

You’ll find its structure mirrors that of the official games and sees the player setting off to obtain all eight gym badges and defeat the Tandor League. Along the way, they’ll encounter a dangerous threat that’s been triggering nuclear meltdowns across the region, threatening the safety of both humanity and Pokémon. 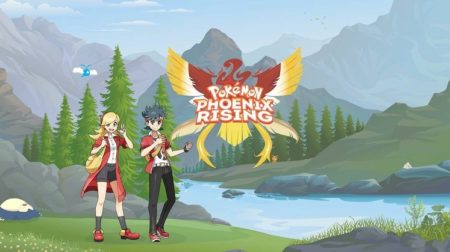 Pokémon Phoenix Rising is a fan-made, episodic Pokémon RPG developed using RPG Maker XP and the Pokémon Essentials engine. Set in the war-torn region of Hawthorne, the game tasks you with restoring peace to the land by resurrecting the legendary Ho-oh and using it to defeat a tyrannical king.

But that’s just the tip of the iceberg. Phoenix Rising presents an amazing number of characteristics you wouldn’t expect to see in a Pokémon game. These include choice-based outcomes that affect the story, skill trees with perks designed for different playstyles, and a quest system that organizes in-game events.

The first episode was released in 2018 and the second episode is currently in production.

Pokémon Insurgence is a fan-made game that was created using RPG Maker XP and comes from the same creator as Pokémon Zeta and Omicron, another fan game that didn’t make this list but is still worth checking out.

Set in a completely new location called the Torren region, the game sees you exploring a war-torn world where Pokémon-worshipping cults fight for world domination.

Aside from having a much darker story compared to the official games, Insurgence contains some of the most highly-requested features from prior entries. We’re talking about mega-evolutions, trainer customization, Pokémon following your trainer in the world map, and secret bases. 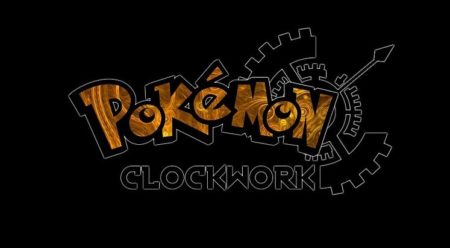 Pokémon Clockwork is another fan game that was created using Pokémon Essentials. It sees players traversing the rustic region of Rosari, where humans and Pokémon humbly coexist.

You are called to action by none other than the mythical Pokémon Celebi, who has traveled back in time to warn you about an imminent attack orchestrated by the mysterious Team Epsilon that will leave Rosari in ruins.

Your goal becomes clear—prevent Team Epsilon from carrying out their nefarious plan before it’s too late. 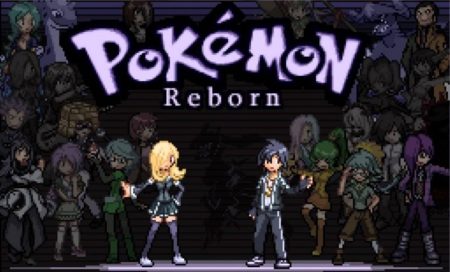 Pokémon Reborn is another fan game that uses RPG Maker XP’s engine to deliver a new Pokémon experience modeled after Pokémon Emerald. The game is set in Reborn City, a decaying metropolis plagued by rampant crime and pollution.

Your character is tasked with restoring the region to its former glory by forming an alliance with other trainers and defeating the evil organization controlling the city.

In terms of new mechanics, Reborn introduces Field Effects. These can tweak the battlefield to benefit certain types of Pokémon either for a limited number of turns or the entire battle duration.

Additionally, the game features 18 gyms to challenge, one for each type, making it one of the lengthiest fan games on this list.

Pokémon Rejuvenation comes from the same people who produced Reborn so, naturally, it includes a lot of the same features.

Here we have another interesting new setting, the region of Aevium. Once a strong united nation, Aevium fell into ruin following a great calamity known as Storm-9. Since then, the inhabitants of Aevium have been slowly rebuilding and restoring peace to the land.

However, things take a turn for the worst when a sinister organization called Team Xen emerges from the shadows with plans to destroy what little progress the citizens of Aevium have made.

In addition to 18 typed gyms, Rejuvenation adds 8 Elite members to battle and features even more sidequests than Reborn, totaling for up to 70+ hours of gameplay. 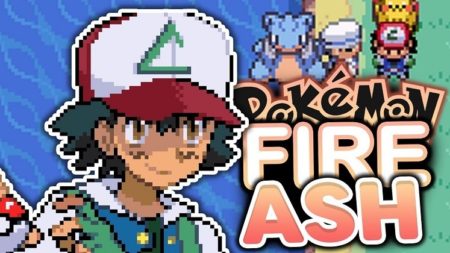 Pokémon Fire Ash is a modified ROM-hack of Pokémon FireRed that loosely follows the many adventures of Ash Ketchum in the Pokémon anime. In the game, players control Ash as he prepares to set off on a quest to defeat the Indigo League and become a Pokémon master.

However, it doesn’t stop there – Fire Ash allows players to travel to every region throughout the series history, challenging over 50 gym leaders in addition to Ash’s various traveling companions and rivals.

The game features a roster of over 800 different Pokémon from Gen 1-7 and has been updated to include Mega-Evolutions, Alolan Pokémon forms, and even an appearance from Ash’s Greninja. 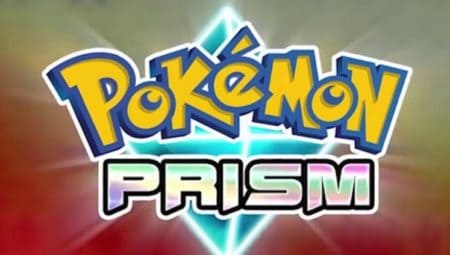 This game kicks off with Prism, the son/daughter of the famous Dragon-trainer Lance, playing in a minecart when it suddenly loses control and sends her rocketing down an unexplored track.

The track leads them into the Naljo region, a previously unexplored area obsessed with industrialization. After adopting a Lavitar who’s lost their trainer, the player embarks on a journey to gather 20 gym badges across two regions, Naljo and Rijon (Pokémon Brown).

The game features a medley of Pokémon from Generations 1-4 and introduces new mini-games, TMs, and Gas/Sound/Fairy elemental typings. 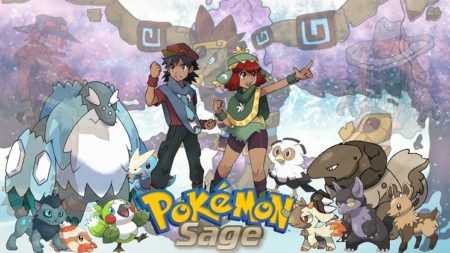 Pokémon Sage started out as a collaborative project on 4chan’s /vp/ (Pokémon) board with the purpose of designing an original set of Pokémon.

It continued to grow until the team finally decided to create a full demo based on their new creatures. Set in the Latin America-inspired Urobos region, the game sees you embarking on a new adventure to become a Pokémon master.

Most impressive is how much original content has been packed into Sage’s brief demo, which ends once you’ve acquired the third gym badge. All of the Pokémon, locations, and characters in Sage are completely original and draw heavily from Latin American culture, a nice delineation from the official games.

Recent rumors suggest an updated, final version of the game is soon going to be released with additional content. 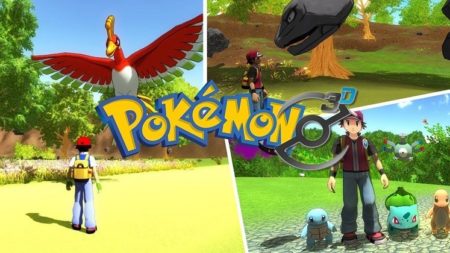 So far, we have only included 2D sprite-based Pokémon fan games on this list of games. However, there are a few 3D Pokémon fan games also worth mentioning. Pokémon MMO 3D features fully explorable 3D environments where you can interact and battle Pokémon and other trainers in real-time.

Development on the game first started in February 2015 and is still going strong today, despite the original site being taken down.

The way it works is actually quite interesting: during battle instances, the player is given direct control over their Pokémon’s movement and attacks. Each move has a separate cooldown and players have the option to flee from a wild encounter if they find themselves close to fainting.

If you’re craving a Pokémon MMORPG but prefer the look of the older 2D games, then PokéMMO is definitely worth checking out.

Originally, the game was limited to rescaled versions of the Kanto and Hoenn regions; however, updates over the years have expanded its offerings to now include the Sinnoh region from Gen IV.

In this game, players are asked to take on a tremendous challenge: defeat each region’s gym leaders, Elite Four and champions.

Additionally, players can battle, trade and even form teams with other players online. Currently, PokéMMO is gearing up to expand even further and add the Unova region from Gen V. 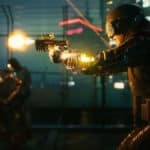