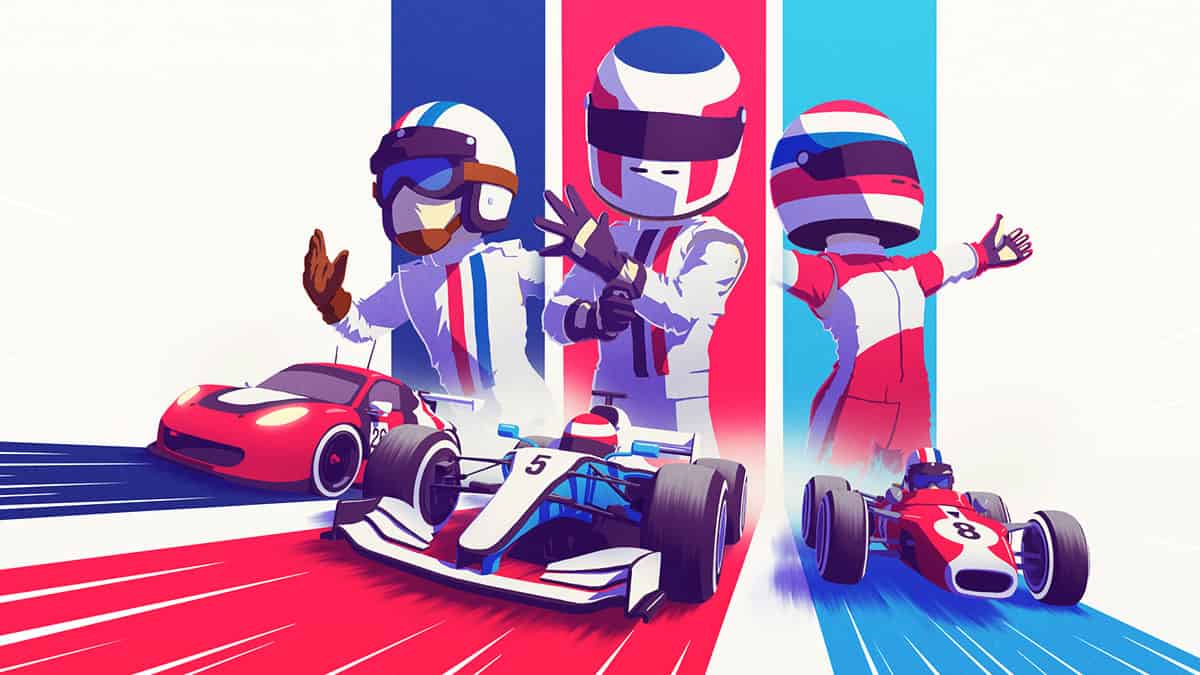 Racing games have come a long way since the days of arcades, with players having a lot more options available right at their fingertips.

From old school arcade racers to more technical racing and driving sims, the genre continues to mature and diversify with each passing year.

To keep you in the know, we’re highlighting the best racing games on Steam, PlayStation, Xbox, and Nintendo Switch.

For more gaming recommendations, consider one of our many curated lists and comment below with your favorite racing game to play in 2023!

F1 is back to usher in a new era for Formula 1 racing complete with redesigned cars and overhauled rules that redefine race day and test players’ skills.

Created in line with the 2022 season, F1 2022 features an authentic lineup of 20 drivers and 10 teams that players can take control of on diverse tracks.

New to this year’s game are an adaptive AI designed to be welcoming for newcomers, expanded My Team and Career modes, and two-player split-screen racing.

Whether you’re an F1 or looking to expand your racing game library, F1 2022 is an excellent choice that’s continually updated with rolling seasonal content.

Forza Horizon 5 is the latest entry in Microsoft’s first-party racing franchise that builds upon the success of its predecessors.

Throughout the world, players encounter a variety of activities beyond racing along with tucked-away secrets and the occasional scenic view.

Considering motorcycles are painfully underrepresented in the racing sim genre, we welcome any opportunity to highlight a new game.

Designed in line with the 2022 season of MotoGP, the game includes recognizable championship classes, 120+ riders, and over 20 official circuits.

Players are welcome to explore different game modes such as MotoGP Academy, Career, and all new split-screen multiplayer.

Next on our list is Assetto Corsa Competizione, another motorsport racing game that prioritizes realistic graphics and driving mechanics.

The game uses sophisticated physics calculations to determine your vehicle’s tire grip, suspension, and drivability with other factors such as how much damage it’s taken, weather conditions, etc.

This benefits the overall level of immersion while you’re behind the wheel of some of the most iconic GT racing cars from brands like Ferrari, Lamborghini, and McLaren.

Lastly, you’ll find Competizione is compatible with a wide range of racing wheel and pedal peripherals.

The Crew 2 continues to deliver an awesome racing experience inspired by the American motosports scene.

Furthermore, it happens to feature one of the largest racing open-worlds covering the entire US of A with land, sea, and air traversal.

This allows players to swap vehicles on the fly as they compete with AI and human drivers to come in 1st.

If you’re looking for a flexible racing sim that does a good job of toeing the line between realism and fun, look no further.

Now that we’ve gotten the more serious racers out of the way prepare yourself for a slew of arcade-style racing games.

The game blends driving with parkour elements that allow the player to jump, rotate, and fly through the air to survive for as long as they can.

If you have fond memories of playing futuristic racers like F-Zero as a kid, then this next suggestion will hit close to home.

Inspired by classic arcade racing games, Redout 2 is a follow-up to the critically-acclaimed fast-paced racer from 34BigThings.

In it, players are invited to reach impossible speeds as they soar across anti-gravity tracks thorughout single-player and competitive multiplayer races.

The sequel doubles down on Redout’s deep control systems, hovership customization, and soundtrack for a supercharged experience unlike no other.

If you’re looking for a fun casual racer that can run on low spec PCs and consoles with no trouble, Circuit Superstars is the game for you.

Of course, this is all packaged in a cute toy-like package with 32 vibrant-looking tracks and 12 customizable cars.

Riptide GP: Renegade transports players to a futuristic world where hydro jet racing is not only all the rage but also highly illegal.

The arcade series got its start as a mobile title, but more recent entries have been designed from the ground up for consoles with multiplayer support.

In it, you control one of several customizable drivers competing in races that see you pulling off flashy tricks that fill a boost meter.

As you progress through career mode, you’ll unlock more customization options, upgrades for your hydro-jet, and increasingly complex tricks.

Continuing on, Golf Gang is a fast-paced racing party game with a minigolf twist that’s hard to resist.

Blending both precision and speed, the game sees up to 8 players racing to sink their ball in the hole before the competition.

These can range low gravity golf to explosive collisions, bullet time, and many more that will have you and your racing pals shouting at the screen.

Horizon Chase Turbo is an arcade-style racer inspired by Outrun that got its start as a mobile release with Horizon Chase – World Tour.

Gameplay sees you competing in races around the world in vibrant locations that make full use of the game’s eye-catching art style.

You start each race in last place and must work your way up to the 1st using a combination of fuel pick-ups and nitro boosts scattered throughout tracks.

The sequel includes many of the amenities you’d expect from a console title including enhanced graphics, a wider selection of cars/tracks, and built-in multiplayer.

Mario Kart is a beloved Nintendo franchise and has spent decades setting the standard for mascot-focused kart racers.

Whether you’ve played every game in the series or find yourself behind the wheel for the first time, Mario Kart 8 does an amazing job at bringing you up to speed.

The Deluxe version includes all previously released DLC characters and tracks in a single package that looks and players better than ever before.

Aside from the joy-con, MK8 supports Switch pro-controllers and can be played in handheld mode without needing a TV.

If you ever wondered what it would be like to race your Hot Wheels cars as a kid, there’s finally a game to do it for real.

Furthermore, Hot Wheels Unleashed includes a robust track editor that allows you to design your own maps and make them as crazy as you want.

In it, up to 20 players can get together and run races in both standard and special game modes like vehicle soccer and tag.

Turbo Sliders goes to great lengths to try and foster a racing community by including things like global leaderboards, spectator mode, and server hosting.

You may be surprised to a see a racoon skateboarding game appear on this list but we ask that you humor us.

Tanuki Sunset sees you controlling a talented skateboarding trash panda as it cruises down highways dodging traffic and pulling off cool tricks.

Each run features racing sequences where the tanuki will have to try and outspeed an animal, typically a bird, by drifting and landing tricks to build up speed.

There are other game modes included along with various tracks, boards, and cosmetics to make your racoon look as stylish as possible.

If biking is more your speed, then you’re probably already aware of the fantastic downhill racing game Descenders.

The game’s main selling point is its robust controls which allow the player to make fine-tune adjustments as they move through levels at breakneck speeds and launch into the sky.

Each level features different objectives to complete in a limited time window and Descenders allows you to play online with friends or practice solo.

Our next recommendation is a spiritual successor to the FlatOut series that uses soft-body damage modeling to take vehicular combat to new heights.

In Wreckfest, players must crush, smash, and ram their way to victory across different modes where the goal is to come in 1st or be the last car standing.

This often calls for a careful balance of offensive and defensive plays, including destroying your opponents’ vehicles while guarding your own.

If you’re a fan of chaotic racers with tight controls and superb handling, then you’ll enjoy Wreckfest’s modern approach to car combat.

Buck Up and Drive

Combining stylish 2D arcade racing with beat ’em up combat, Buck Up and Drive is a simple yet intense racer that you don’t want to miss out on.

In it, players must put their skills to the ultimate test and try and survive for as long as they can in a neverending race to knock out the competition.

This is done in endless, procedurally-generated environments that throw random obstacles and enemy vehicles your way.

Prove yourself worthy and you’ll be rewarded with new pain jobs and decals to trick out your car and send chills down your opponent’s spine.

Retrowave is a neon-soaked arcade racer designed to immerse players in a wonderful world where they’re in the driver’s seat of 80s supercars.

Each run has you navigating colorful race tracks littered with neon lights, palm trees, and other vehicles you’ll have to avoid at increasingly high speeds.

The longer you can keep your car on the road, the more cash you’ll earn to unlock upgrades and add more cool-looking cars to your collection.

With a 45-track synthwave soundtrack, 4 unique game modes, and 5 universes to explore, Retrowave is a great way to chill out with some racing. 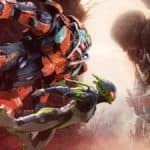