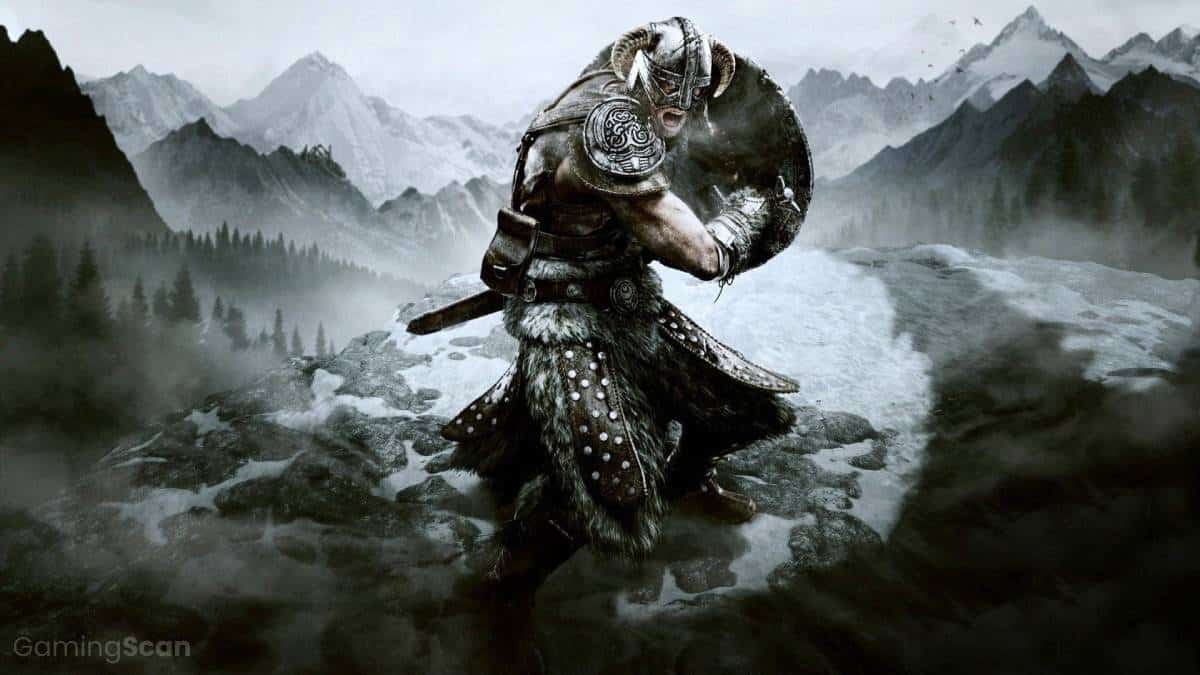 While it may be almost a decade old, Skyrim continues to have one of the most active gaming communities thanks to its massive modder support.

Whether it’s tweaking the game’s visuals, introducing new mechanics, or completely disregarding how Skyrim was intended to be played — if you can dream it, there’s probably a way to put it in the game.

The best Skyrim mods have managed to stand the test of time and, in some cases, have only gotten better with age.

Today, we’ll be highlighting the essential Skyrim mods to check out if you’re looking for a more immersive experience or simply a change of pace.

Each of the mods on this list is available through either Steam Workshop or Nexus Mods, so you shouldn’t have any trouble finding them.

If you’re playing on PC, the first thing you’ll want to install is the Skyrim Script Extender mod, as it makes the process of installing/removing more complicated mods much easier.

With that out of the way, let’s dive into the best Skyrim mods to install in 2023.

Make sure to check back as we’ll be updating this list in the future with new entries. If you would like to receive more gaming recommendations, consider reading through our other curated lists:

Given that Skyrim runs on the Creation Engine, a modified version of Gamebryo prone to just as many bugs and glitches as we’ve come to expect from Bethesda’s games, you’re going to want to install a patch to avoid any issues down the road. While Bethesda has rolled out a large number of updates over the years, there are some bugs still present in the game.

Thankfully, fans have picked up some of the slack by creating the Unofficial Skyrim Patch. This consistently updated mod aims to fix hundreds of bugs and glitches regarding gameplay, quest markers, NPC dialogue, items, text, and more. If you end up installing only one mod on this list, definitely make it this one.

A lot of players may be put off by the look and feel of vanilla Skyrim’s clunky UI. While several mods replace the stock UI, the one we’re recommending is SkyUI, which streamlines the game’s inventory management system and makes things more convenient for the player.

The mod supports full-text search as well as the ability to sort and extend various columns of data. If you don’t mind doing a bit of tinkering, you can fully customize SkyUI to look and function exactly how you see fit, which is what modding is all about after all.

Skyrim is notorious for having painfully long loading screens when performing the simplest actions in towns such as traveling from one area to another. Not only is this annoying, but it also takes the player completely out of the experience and removes any sense of immersion. Fortunately, there’s a solution that removes the problem altogether.

With the Open Cities mod installed, all loading screens that would normally appear while in towns disappear. This allows you to explore to your heart’s content without being distracted by the game’s limitations. This is done by transferring Skyrim’s five major cities into the Tamriel worldspace, thus eliminating the need for loading screens.

It’s a simple fix that goes a long way towards making Skyrim feel like the engaging fantasy RPG it’s meant to be.

You don’t have to worry about any issues regarding custom character races you may have already installed since the mod doesn’t alter any of vanilla Skyrim’s assets.

But keep in mind that, to use this mod, you’re going to need to have the latest version of the Skyrim Script Extender installed.

While Skyrim presents a fantastical world filled with magic and dragons, it doesn’t do a good job replicating more natural aspects, such as realistic light sources, reflections or shadows. To remedy this, we recommend installing the Relighting Skyrim mod, which reprograms how the game processes directional light sources without changing the look of vanilla Skyrim.

However, if you’re looking to take things a step further and happen to have a powerful PC, consider applying the Skyrim HD mod for an instant graphical boost that updates the game’s assets to support up to 4K resolution textures.

Lastly, the Static Mesh Improvement mod helps smooth out the jagged lines commonly seen on more round objects like stones and bowls throughout Skyrim, adding a bit more polish and realism to the game.

You’ll find there’s no shortage of mods dedicated to expanding vanilla Skyrim’s weapon and armor selection. However, the Immersive Armor and Immersive Weapon mods are a cut above most when it comes to providing players with an exhaustive amount of lore-friendly weapon and armor options that are seamlessly integrated into the base game.

The armor mod introduces 55 new sets of armor along with armor variants, 396 new shields, and a host of other cosmetics such as eye patches, cloaks, earrings and scarves. The weapon mod adds 230 new tools of destruction, which have been perfectly balanced and spread out to account for leveling.

If you’re looking to enhance your gameplay experience with more weapon and armor variety, this is the perfect mod for you.

Perhaps you prefer to defeat your enemies using magical spells rather than the brute force of an ax or sword. With the Magic of Skyrim mod, you’ll be well on your way to becoming the most powerful mage in all of Skyrim with 155 unique, lore-friendly spells at your fingertips.

Each of these spells have been carefully balanced and are accompanied by high-quality visuals that seamlessly blend with Skyrim’s vanilla magic system.

The power of these spells varies greatly, ranging from summoning objects to creating powerful tornadoes and volcanoes, and even gravity manipulation. They’re all fun to play with and add a great deal of variety to the game’s combat.

With the rising popularity of survival games, it’s only natural that modders would find a way to incorporate survival mechanics into Skyrim. With the Needs and Diseases mod installed, players can experience a more realistic version of the game where sleep, hunger and thirst meters are constantly monitored and have to be maintained.

While it may not be as hardcore as other survival mods, players can still expect to deal with consequences for failing to properly care for their character. Your character can catch diseases that will affect their physical performance; inversely, making sure to stay healthy will grant your character some useful buffs, such as faster stamina regeneration.

As fun as it is to brute-force your way through an enemy’s camp in Skyrim, it’s not very realistic of how battles would actually play out. The Duel Combat Realism mod brings things a lot closer to reality by honing in on enemy AI and combat maneuvers. It places a greater emphasis on stamina management, requiring players to block and strike according to their enemy’s positioning and behavior.

Weapons all deal more damage than in vanilla Skyrim, armor is much more effective, and shields now allow you to block an attack completely. Enemies are a lot smarter and will attack differently based on whether they’re alone or in a group. Stealth has been reworked to make it more difficult to sneak around enemy camps, and presents more opportunities for strategizing.

If you’re looking to modify your Skyrim experience, chances are you’ve already seen a majority of what the vanilla game has to offer. Thankfully, modders have taken the liberty to expand Skyrim’s world by adding new regions to visit, along with additional story content in the form of new quests, NPCs, and puzzles.

The first and largest mod we’re recommending is the ever-popular Falskaar mod, which adds an additional continent to explore and boasts 25+ hours of new content.

The second mod you should check out is Voyage to the Dreamborne Isles, which sees players transported to a picturesque locale brimming with vibrant foliage, challenging puzzles, and a trio of deadly dragons to encounter. All this while you uncover the secrets of a lost civilization.

Lastly, we have Moonpath to Elsweyr, a mod that lets players visit the Khajit’s homeland, a beautiful landscape with areas of wilderness and desert. It adds six new quests to explore and introduces more NPCs, each of which is fully voiced.

If you’ve already finished the main story, completed every DLC, and find yourself looking for something new, consider trying the Alternate Start mod. It puts you in the shoes of different characters with their own unique story that connects back to the main game.

Options include starting as a humble farmer, a necromancer, a tavern patron, a shipwrecked survivor, among others. You’ll still be able to customize your character’s appearance and retain your Dovahkiin abilities unless you take the liberty to switch them off via mods like You Are Not The Dragonborn. This is an excellent option for the story-driven player looking for a fresh new adventure in a familiar setting.

Skyrim’s action-packed quests can be quite entertaining if not a bit too demanding at times. You may find yourself wanting to kick back and relax as you enjoy the finer things in life, like building up defenses.

With the Tundra Defense mod, you can craft your very own outpost from the ground up, outfitting it with various traps and defenses along with hiring guards to help defend it.

It’s an interesting twist on Skyrim that’s equal parts tower-defense and city-builder, with players able to place structures and objects down as well as recruit citizens to occupy the outpost. Different raid types allow you to put your creation to the ultimate test as waves of enemies such as dragons, giants, and bandits try to invade your outpost and destroy it.

After you’ve seen all there is to see, the only thing left to do is completely break the game. While there are many options out there for altering how Skyrim was meant to be played, our personal favorite is the Become High King of Skyrim mod, which sees you appointed the high ruler of all the land. There are a few requirements you’ll have to meet, namely killing off both Ulfric and Elisif.

Alternatively, you have the option of marrying either to secure your new position as royalty. Once you’ve seized the throne, you’ll be able to make people dance for you, have them jailed, enslaved, give you all their possessions, become your followers, and can even command an army.

Since performing many of these actions can have an impact on essential quests, it’s recommended you don’t install this mod until after you’ve completed the game or at least done the preliminary introduction quests. 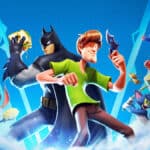