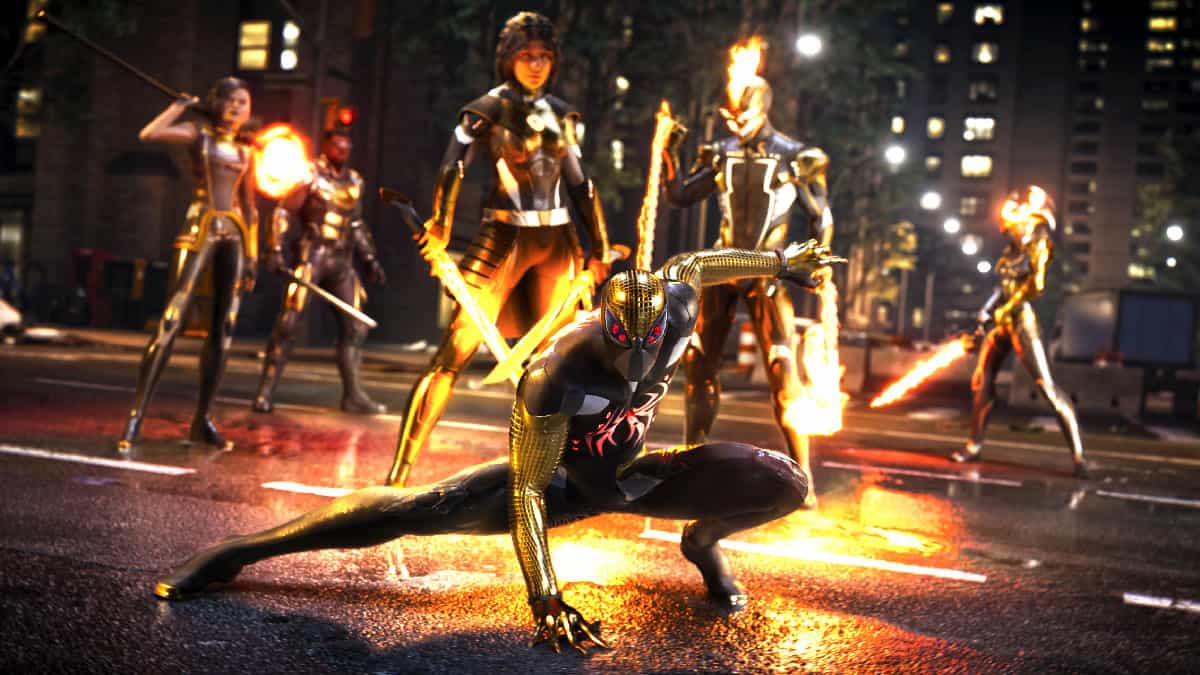 As it turns out, superheroes live pretty fascinating lives filled with epic adventures, worthy adversaries, and the occasional wardrobe change.

This makes them prime candidates for video game adaptations where you get to play as your favorite hero and wield cool weapons, gadgets, and powers.

To get those metahuman muscles flexing, we’re highlighting the best superhero games on Steam, PlayStation, Xbox, and Nintendo Switch.

This includes titles based on Marvel and DC properties as well as independent and original superhero characters.

Now that we’ve set the stage, let’s see what superhero games are out there!

Related:Best Marvel Games 2023Most Powerful Video Game Characters RankedBest Games Where You Play As A Monster 2023

In it, you take on the role of an original hero called The Hunter and fight alongside Marvel heroes to stop the demonic queen Lillith from carrying out an evil plot.

This is done using a card-based combat system that restricts heroes’ abilities to those housed within decks created by the player.

Outside of battles, the game features a hub area where you can interact with characters to upgrade gear, unlock new abilities, and explore side stories.

Keeping with the card theme, Marvel Snap sees you constructing powerful decks of Marvel heroes and villains to battle against other players.

Matches are fast-paced and typically take about 5 minutes to complete, allowing you to earn rewards quickly while completing challenges and upgrading cards.

This is further accented by the “Snap” mechanic, which can be activated to double the number of rewards at the risk of losing just as much.

Add to this a generous free-to-play model and eye-catching comic book artwork for each card and we can’t recommend Marvel Snap enough.

In Gotham Knights, players assume control over one of Batman’s four protégés: Nightwing, Batgirl, Robin, and Red Hood, before heading out to patrol the city.

As such, gameplay centers on open-world exploration, hand-to-hand combat with gadgets, and analyzing crime scenes.

Each Knight has a traversal tool of choice as well as the Batcycle for getting around Gotham City quickly and efficiently.

While the story isn’t tied to the iconic Batman: Arkham games, fans of that series will feel right at home in Gotham Knights’ world.

Marvel’s Guardians of the Galaxy is a third-person shooter that combines great storytelling and squad-based combat centering on a ragtag team of superheroes.

In it, you take on the role of Star-Lord as he leads his oddball crew across the cosmos stirring up trouble, battling foes, and shaping the fate of the galaxy.

Along the way, you’ll get to know each guardian intimately and form bonds that carry over into battle.

This includes adding new tag-team beatdowns to your arsenal as well as upgrading each character’s abilities via an RPG-based skill tree.

Rocksteady managed to turn the dark and gritty underworld that is Batman: Arkham into an enticing open-world experience for players to explore.

Batman: Arkham Knight picks up after Arkham City and sees the Caped Crusader on a mission to defeat Scarecrow and a mysterious new villain who’s taken over Arkham.

Batman has his usual repertoire of bat-shaped projectiles along with a grapple gun, remote hacking device, a voice synthesizer, and explosive gel for good measure.

Despite releasing back in 2015, Arkham Knight still looks and plays great while touting the biggest Batman sandbox we’ve seen yet.

Considering Platinum Games’ pedigree for designing characters with flashy abilities, it was only a matter of time until they made a literal superhero game.

Originally released for Wii U and later remastered for PC and consoles, The Wonderful 101 has you leading a 100-strong army of heroes into battle against aliens.

The twist here is you’re not controlling each hero individually but rather using their collective mass to create gigantic weapons to use in battle.

This results in deliberate, hard-hitting attacks that carry a great deal of weight and heft with every blow.

Marvel’s Spider-Man offers a fantastic take on the Spider-Man mythos that strikes the perfect balance between the character’s comic, video game, and film adaptations.

In it, we follow the titular hero as he tries to juggle both of his identities in the face of increasingly dangerous stakes threatening New York City.

To this point, gameplay revolves around exploring an open world packed with bad guys, collectibles, and optional challenges to tackle.

Combat introduces its own set of Spidey-themed gadgets that pair nicely with the web-slinger’s dexterous fighting style, allowing for dazzling combos and finishers.

Going hand-in-hand with our previous entry, Miles Morales is a standalone expansion to Marvel’s Spider-Man that shifts its focus onto Peter’s web-crawling protege.

As such, it’s best recommended to anyone who was left craving more superhero shenanigans after beating the first game.

It features a revamped open world with expanded traversal/combat abilities and a completely new story about Miles’ newfound powers and turbulent life.

Aside from being well-received by critics and fans, the game stands out for being the first Spider-Man game to launch alongside a new console.

In it, Marvel heroes band together to prevent Loki, Galactus, and a host of other evildoers from using a super-weapon to destroy the world.

The game offers much diversity in its superhero roster’s powers, including cameos from The Avengers, X-Men, and Fantastic Four among others.

It remains one of the best-selling Lego games to date and has even spawned a sequel, LEGO Marvel Super Heroes 2, which we also recommend.

On the other hand, if you’re a DC fan who’s tired of playing as Gotham’s do-gooders, you can always see how the other half lives in LEGO DC Super-Villains.

Serving as a continuation of the LEGO Batman series, it has you creating an original villain before joining forces with DC evil-doers for an action-packed adventure.

This will take players across a vibrant open world inspired by the DC universe with regard to recognizable locations such as Gotham City.

As such, it’s the perfect palette cleanser between bigger superhero games, such as the ones mentioned in this list.

With Marvel Ultimate Alliance 3, Raven Software sought to resurrect the previously dormant franchise and expose a new generation of players to the series.

Reminiscent of dungeon-crawling RPGs like Diablo, the game sees you assembling a team of heroes and villains before heading off to battle in iconic Marvel locations.

While not without its flaws, most being technical limitations tied to the Switch’s hardware, there’s a lot to enjoy for both new and existing Ultimate Alliance fans.

This includes separate stat progression for each character along with distinct abilities, bonuses, and synergies depending on your squad’s composition.

Inspired by shows like Super Sentai and Power Rangers, Chroma Squad is a tactical RPG about a team of stunt actors who start their own Hollywood studio.

The game also lets you customize various details regarding your studio, individual characters, and team catchphrase.

Marvel’s Guardians of the Galaxy is an episodic adventure game based on the comic book (and now film) of the same name.

It features fully voice-acted dialogue and an action-packed plot in which the Guardians seek out a powerful artifact called the Eternity Forge.

Gameplay is similar to other Telltale games in that you explore environments, interact with objects, and complete action sequences using quick-time events.

Following its release, the game was celebrated for its story, voice acting, and character portrayals despite suffering from some performance issues.

Before Marvel’s Guardians, Telltale took a crack at a DC comic property with Batman: The Telltale Series, released in 2016 for PC, console, and mobile devices.

In it, players follow the Dark Knight as he travels across Gotham beating up thugs, investigating crime scenes for clues, and maintaining his personal life as Bruce Wayne.

This was the first game to include Telltale’s Crowd Play feature, which let you rely on online audiences to make decisions throughout Batman’s branching story.

It was a solid effort on the developer’s part that ended up being well-received and was followed up by an even better sequel, Batman: The Enemy Within.

The Saints Row series has built up a reputation for taking the GTA formula and turning it on its head with ridiculous, over-the-top gameplay and writing.

In Saints Row IV, you assume control of a gang leader turned President of the United States tasked with stopping an alien invasion.

No need to worry because for some reason you have superpowers and an extensive arsenal of overpowered guns.

Players can get around the city quickly by leaping between rooftops like Spider-Man, zipping through streets like The Flash, and delivering Superman-level punches.

South Park: The Fractured But Whole

The Fractured But Whole sees the South Park kids ditching their fantasy LARP from Stick of Truth in favor of superheroes.

While combat is still turn-based, it benefits from a new grid-like battlefield where party members can move freely and devise unique strategies.

Additionally, character customization has been expanded and sees you selecting from ten archetypal superhero classes including Speedster, Elementalist, and Cyborg.

These classes are further fleshed out by an array of super abilities that can be combined to create an original hero that feels completely your own.

Although Injustice 2 gets most of its ideas from its predecessor, it also adds many improvements that make the fighting game sequel worth checking out.

The story focuses on Batman and a team of both heroes and villains as they attempt to put an end to Superman’s evil regime.

Things get even more complicated when a supervillain group led by Brainiac intervenes and war is waged on all fronts.

Imagine a fighting game where you get to control various Power Ranger characters and you have the basic setup for Battle for the Grid.

Framed around 3v3 tag battles, this officially-licensed game pulls from the franchise’s 25-year-long history of color-coordinated teens duking it out with bad guys.

Battle for the Grid features a diverse roster of heroes and villains based on a wide range of Power Ranger media including Mighty Morphin, S.P.D., and Mystic Force.

Players who pick up the Super Edition can explore a wealth of DLC, including a Street Fighter pack that adds Street Fighter’s Ryu and Chun-Li to the game.

Undisputedly one of the most beloved fighting game series, Marvel vs. Capcom leverages both brands’ extensive roster of heroes and villains alike.

The entry we’ve chosen to highlight is Ultimate Marvel vs. Capcom 3, a 3v3 tag fighter where players assemble teams of characters for high-stakes battles.

It’s a standout hit that offers stylish, combo-based gameplay as well as stunning visuals and an expanded roster worthy of the “Ultimate” moniker.

While Marvel and Capcom have since collaborated on further iterations, none have surpassed the quality of Ultimate MvC 3.

Of all the Marvel characters to receive their own standalone game, an action-packed beat ‘em up starring Deadpool is probably the last thing we thought we’d ever see.

Fortunately, it falls under the category of good Marvel games despite the combat and overall gameplay feeling a bit too repetitive at times.

However, the game’s saving grace is its writing, particularly Deadpool’s dialog and over-the-top reactions to events throughout the story.

Although Deadpool is a lot older than many of the games highlighted at the top of this list, it was ported to PS4 and Xbox One in 2015. 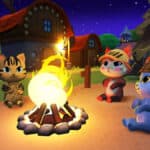