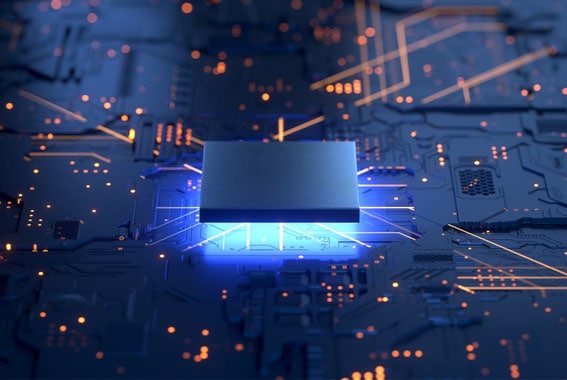 Stress testing is an excellent way of checking whether your PC is operating optimally regardless of its age. For new PCs, you want to ensure that the new hardware is working correctly so stress testing is important here as well.

With aging configurations, you want to check if any of the components are showing undesirable wear and tear and if they need replacing.

To put it simply, stress testing, as the name implies, puts your hardware under heavy workload to test whether it is performing to expectations and if all the different components can remain stable under heavy stress.

In this article, we’ll be listing some of the best PC stress testing tools, so if you want to see if your PC performs as expected, read on!

Prime95 is a free stress testing program developed all the way back in 1996. It is one of the most popular free programs of this type when it comes to CPU stress testing, which is not a surprise considering that it is both free and remarkably easy to use.

AIDA64 is another highly popular piece of software, and it is one of the best CPU stress testing and diagnostic programs out there. It provides useful system data and is a great way to test CPU performance thoroughly.

However, the main drawback is that the full program is not free, like most other stress testing tools, but after all, AIDA64 offers much more than a simple stress test.

Obviously, this is a program geared more towards professionals and tech enthusiasts rather than the average gamer and PC user. If you actually want to buy the program or just test out the free version, you can find all the relevant download links on the official website.

As its name might suggest, powerMAX is a very good burn-in test. It places the CPU under extreme stress to maximize heat generation to see if the processor works well at high temperatures and whether the cooling solution is working as intended.

However, powerMAX doesn’t provide relevant performance data as some other tools do, and as stated on the official site, there is always a risk of causing irreversible hardware damage if the program isn’t used responsibly.

As such, we certainly don’t recommend this program to beginners, but if you want to get into overclocking, then you can download the program for free here.

3DMark is one of the most popular GPU benchmarking tools that has been around for over two decades at this point. The latest version of the program is known simply as “3DMark”, which was released in 2013 and has been receiving updates ever since.

The latest update, released in January 2019, brought ray tracing performance testing to the program for the first time.

All in all, 3DMark features several different benchmarks, but any of them is bound to push even the most advanced GPUs such as the GTX 2080 Ti to its limits. You can check the Hall of Fame if you want to see how different PC configurations fared with the multitude of benchmarks available.

Now, one downside to 3DMark is that it is a paid program, and the full edition starts at $29.99, but a 3DMark Basic Edition is available for free if you want to give the program a try.

Unigine is yet another extremely popular benchmarking program, though what makes it stand out is that it is also a cross-platform game engine. However, it has primarily been used in VR games so far.

In any case, it is one of the most visually striking engines when graphics are concerned, so naturally, it makes for a superb benchmarking tool.

The program offers several benchmarks, most notably Valley, Heaven, and Superposition. Superposition is the newest and most advanced by far, as the environment rendered is not only extremely detailed but can also be interacted with.

The base version of Unigine is free, but the advanced edition currently starts at $19.95.

Fancy-looking benchmarks aside, OCCT uses a simple “furry donut” graphics test to push your GPU to its limit and detect rendering errors. It can also be used to test the VRAM, the CPU, and the power supply, so it’s a good stress-testing tool in general.

Fortunately, you don’t have to worry about causing irreparable damage to any of the components, as OCCT will automatically stop the test after the component being tested reaches the user-specified temperature threshold.

OCCT is free for individual users, but you can still support and encourage the developers by buying a license.

We’ve already listed Prime95 as a first CPU stress testing tool, but it is actually a great RAM testing tool as well, so we’re including it in this category, too.

Its torture test is a great way to check whether your RAM is stable and performs according to expectations, though if you’re looking for a more thorough tool that can more reliably detect errors, one of the two programs listed below might be a better option.

MemTest86 is a highly popular RAM testing program that was developed back in 1994. Rather than being run through Windows, MemTest86 runs directly from a bootable USB drive (or another medium) and thoroughly checks the RAM for errors by writing and reading random data patterns, then comparing them to determine if there are any errors.

Currently owned by PassMark, MemTest86 comes in multiple versions with different feature sets, but the free version of MemTest86 v8 is the version to go for, as it includes DDR4 support, a refined GUI, and some other useful traits that are missing from the old MemTest86.

MemTest64, developed by TechPowerUp, is a lightweight and easy to use RAM stress testing tool. Unlike MemTest86, it is run directly from Windows, so you don’t have to bother with creating a bootable USB for it.

On the downside, it’s not quite as complex and thorough as MemTest86, but it can still get the job done. Ultimately, it’s ease of use, and the fact that it is absolutely free is what makes MemTest64 so appealing.

Those would be our choices as far as CPU, GPU, and RAM stress testing tools are concerned. Surely, there are many more out there, so if you’ve had good experiences with some other programs, leave us a comment and we may expand the article in the future!

What Graphics Card Do I Have?
Related Topics Tags