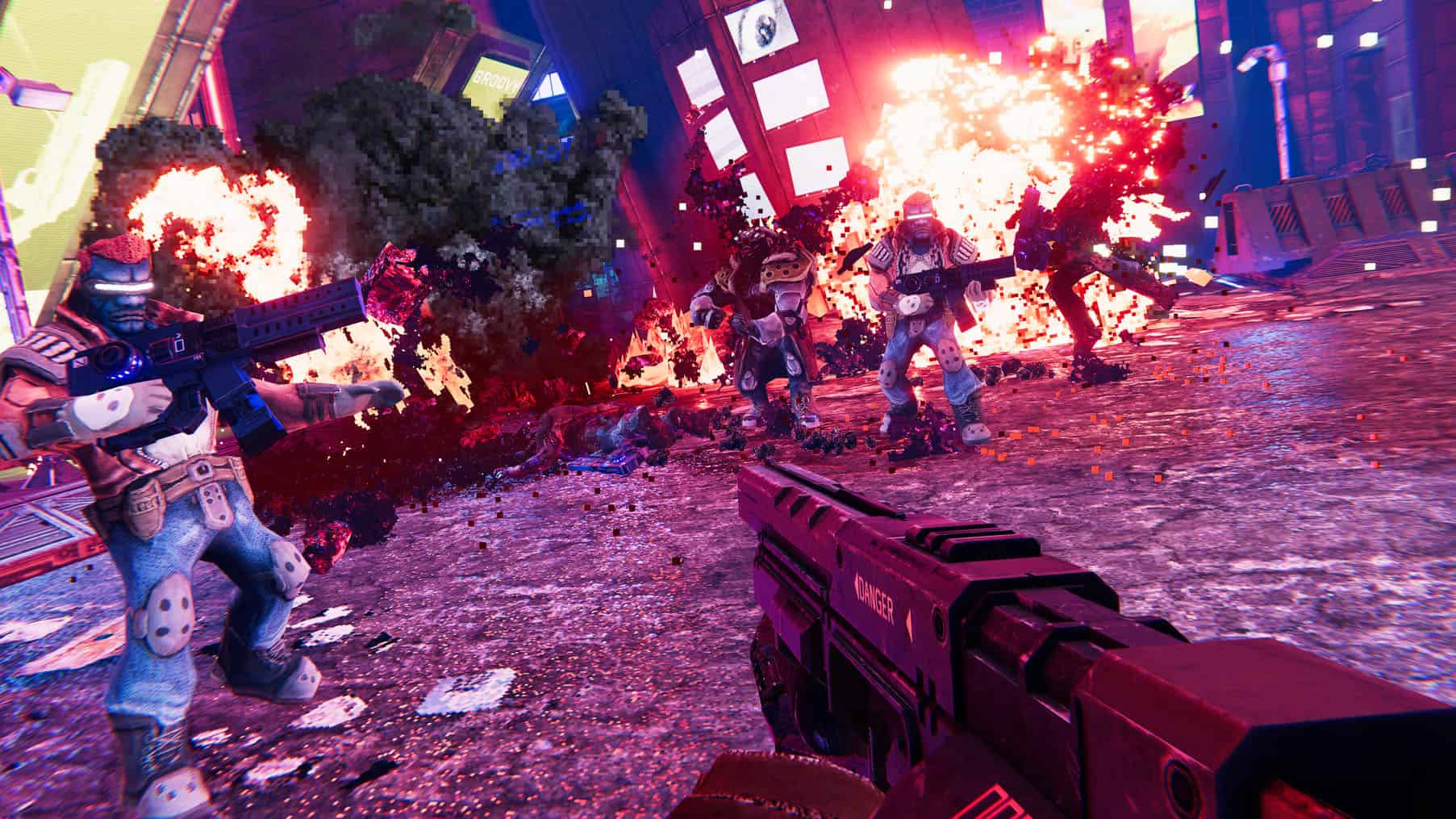 First-person shooters are known to have fast-paced combat, refined gunplay, and cinematic action that keeps players coming back for more.

So whether you’re a fan of modern or retro-inspired shooters, twin-stick shooters, looter shooters, or even shooters with parkour, we’ve got you covered.

In this list, we’ll highlight the best upcoming FPS games of 2022 and beyond, including the best new shooters coming to Steam, PlayStation, Xbox, and Nintendo.

Lastly, we’ll be updating this list with new titles in the future, so make sure to check back and let us know if we missed any of your most-anticipated FPS games!

Due out this April, Warstride Challenges is an upcoming FPS structured around score attacks and blazingly fast combat.

In it, players speed their way through bloody gunfights across a series of increasingly intense trials to rank on the global leaderboards.

Warstride Challenges will give you the ability to challenge anyone online and race them async in the game’s Nemesis Mode.

Turbo Overkill is an upcoming shooter that draws influence from retro FPS games like Doom, Duke Nukem, and Quake.

Johnny is equipped with augmented body parts including hidden arm rockets and a chainsaw in his lower leg that come in hand during combat.

The game is set to include 24 levels packed with secrets, bonus areas, and combat puzzles with additional content planned for post-launch.

It’s been exciting to see developer Arkane branch out from the Dishonored series and explore new ideas and themes with FPS games like Prey, Deathloop, and now Redfall.

Considering Arkane Austin has primarily focused on single-player affairs, it’ll be interesting to see how the team approaches a co-op shooter in a post Left 4 Dead world.

If someone were to invent an H.R. Giger video game making machine and crank it to its maximum settings, Scorn is the game that would come out the other end.

The horror FPS sees you exploring a nightmarish world whose architecture and inhabitants are all constructed entirely of flesh.

You’re tossed into the game’s maze-like open-world and must progress through each of its regions by solving puzzles, connecting doorways, and battling enemies.

It has a strong sense of atmosphere going for it, which is good since it’s being touted as an immersive experience with full character movement, limited inventory, and ammo scarcity.

The S.T.A.L.K.E.R. series of FPS games are known for getting nitty-gritty with their approach to post-apocalyptic open-worlds.

If you’ve ever wondered what a horror adaptation of Thomas the Train would be like, look no further than Choo-Choo Charles.

In this open-world FPS game, you must navigate a fog-shrouded island by train while gathering materials to upgrade its speed, armor, and machine gun damage.

Why you may ask? Well, there’s an arachnid-like train monster that’s constantly chasing you around the island and won’t go down without a fight.

To survive, you’ll have to be quick and gather as much scarp as you can while making sure to avoid getting killed by the mechanical nightmare known as Choo-Choo Charles.

Cosmic-horror fans will have their hands full next year when Quantum Error releases for both PlayStation and Xbox consoles.

Gundam Evolution is an upcoming free-to-play FPS game in which players enter into battle using Mobile Suits from the hit anime.

Matches are structured as 6v6 teams with objective based challenges that rely on teamwork, accuracy, and mastery of your suit’s abilities.

Each Mobile Suit Unit is embedded with unique characteristics such as weapons, movement techniques, and strategies for surviving and supporting your team.

The game will implement a battle pass and cosmetic rewards that allow you to customize your pilot and suit.

Continuing with the adventures of Beatrix LeBeau, Slime Rancher 2 sees you venturing to Rainbow Island, a new world brimming with ancient mysteries and exotic wildlife.

Armed with an arsenal of slime-wrangling tools, you’ll collect and breed an assortment of unique slime creatures with distinct traits and personalities.

Once you get a hang of the game’s plort-based economy, you’ll be able to flip resources for Newbucks and spend them on ranch upgrades and new gadgets.

The Warhammer franchise is no stranger to co-op-centric experiences, with many citing the Vermintide games as worthy alternatives to the Left 4 Dead games.

Set in the war-ravaged futuristic city of Tertium, Warhammer 40,000: Darktide has up to four players working together to defeat hordes of enemies called Poxwalkers.

Much like Vermintie, the game presents itself as a first-person action game with visceral combat and unique character classes.

A recent gameplay trailer shows off just a few of the weapons we can expect to wield in Darktide, which includes laser-powered rifles and a badass-looking chainsword.

ExoMecha is sure to fill that void while putting its own free-to-play spin on competitive online FPS multiplayer.

The game boasts next-gen graphics, specialized mech classes, and an assortment of game-changing abilities and gadgets to wield in both PvP and AI boss battles.

The best way to describe it is a cross between Call of Duty and the movie Gravity, though we’re not expecting oxygen limitations to be a significant factor, if at all.

Using outer space as a setting for firefights is guaranteed to make matches feel a lot more intense since there’s no solid ground to cling to in the heat of battle.

You will, however, have a grappling hook and a host of special abilities, some of which we assume will affect your character’s movement; jetpacks, anyone 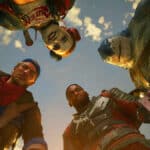