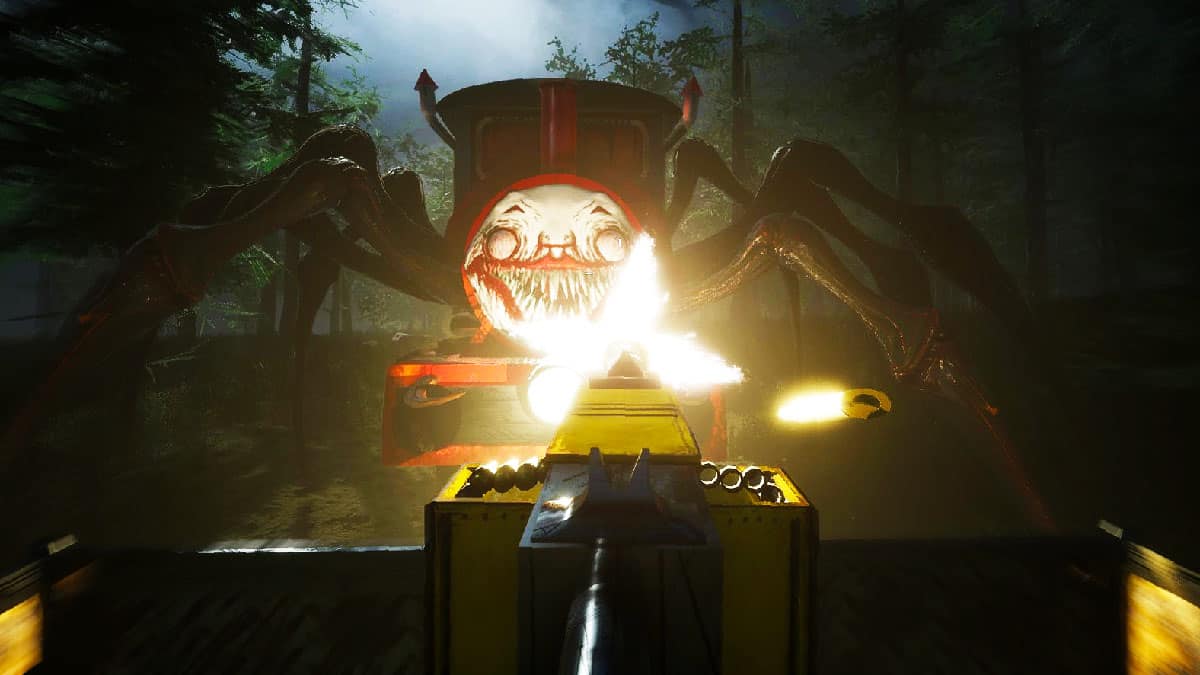 There seems to be no shortage of terrifying horror games to keep yourself immersed in the spooky spirit all year round.

From upcoming remakes to sequels and series spin-offs, 2022 is packed with tons of new horror game releases.

In this list, we’ll highlight the best upcoming horror games to look forward to in 2022, including upcoming survival horror games on PC and console.

We’ll be updating this list in the future with new titles, so make sure to check back and let us know if we missed any of your favorite upcoming horror games!

Horror fans can look forward to getting their hands on the upcoming puzzle-adventure game Silt, from developer Spiral Circus Games.

In this game, you play as a lonely diver searching through deep, surreal underwater environments in hopes of uncovering ancient mysteries.

Your character has the ability to possess creatures and use their unique traits to solve puzzles, reach new areas, and survive encounters with deep sea monsters.

Silt looks to offer a similar atmospheric horror experience as games like Limbo and Inside while introducing its own unsettling world and cast of bizarre creatures.

MADiSON is an upcoming psychological horror game that tells a compelling story through disturbing first-person gameplay.

Players take on the role of Luca as he’s forced to confront a demon with plans of carrying out an evil ritual.

Armed with an instant camera, players will try to survive Luca’s nightmare by snapping and developing photos to document their findings.

For anyone unfamiliar with Endnight Games’ The Forest, it’s basically a survival horror game that focuses on crafting and combat.

While the story was pretty nonlinear, there were still plenty of opportunities to learn about the creatures and island through bits of lore scattered throughout.

For the sequel, Endnight Games looks to be expanding the universe with new characters and events revolving around yet another mysterious island.

In addition to better graphics and more fluid combat, Sons of the Forest will be a more team-focused endeavor than the original, which added online multiplayer post-launch.

If someone were to invent an H.R. Giger video game-making machine and crank it to its maximum settings, Scorn is the game that would come out the other end.

The first-person horror adventure sees you exploring a nightmarish world whose architecture and inhabitants are all constructed entirely of flesh.

You’re tossed into the game’s maze-like open-world and must progress through each of its regions by solving puzzles, connecting doorways, and battling enemies.

It has a strong sense of atmosphere going for it, which is good since it’s being touted as an immersive experience with full character movement, limited inventory, and ammo scarcity.

If you’ve ever wondered what a horror adaptation of Thomas the Train would be like, look no further than Choo-Choo Charles.

Presented as an open-world action game, it sees you navigating a fog-shrouded island by train as you gather materials to upgrade its speed, armor, and machine gun damage.

Why you may ask? Well, there’s an arachnid-like train monster that’s constantly chasing you around the island and won’t go down without a fight.

To survive, you’ll have to be quick and gather as much scarp as you can while making sure to avoid getting killed by the mechanical nightmare known as Choo-Choo Charles.

Both sides come equipped with unique skills and equipment that can come in handy for completing their mission and its up to players to decide when and where to use them.

You play as a man named Nigel Danvers who finds himself trapped in a time loop that puts him face to face with ghosts from throughout history.

Using various spirit-tracking gadgets, Nigel will be forced to make the tough decision of which spirit to exorcise from the church, condemning the rest for all eternity.

So far, it looks to be offering heavy amounts of atmosphere and potentially high replayability with multiple endings depending on which ghost you choose to free.

What could be more terrifying than finding yourself stranded on a remote island surrounded by bloodthirsty dinosaurs?

In Deathground, up to three players band together to survive while on a mission to retrieve valuable treasure guarded by dinosaurs with dynamic and reactive behaviors.

Throughout the game, enemies will adjust their actions and make different decisions based on where players’ location and progress.

Players can choose to work together or take on the world solo as they complete objectives and harness each character class’s distinct traits, skills, and tools.

Hello Puppets: Midnight Show is an upcoming stealth horror adventure set during the 1980s on the set of a children’s TV show.

You play as a puppet maker whose most prized creations, the Handeemen, come to life via a magical spell and start exhibiting murderous rage for their master.

With one night to reverse the spell and escape the Handeemen Sound Stage, you’ll have to play a dangerous game of hide and seek with four distinct enemy bosses.

The game’s dense narrative with layers of mystery and twists will be sure to keep you guessing as you navigate large, intricate levels searching for tools and hiding spots.

In it, players take on the role of a survivor traveling from place to place as the world falls mercy to otherworldly invaders.

To stay alive, they’ll have to sneak, scavenge, fight, befriend, and steal from other people while avoiding massive tendrils and other horrors roaming the world.

It’s an interesting blend of Lovecraft, Grand Theft Auto, and choose-you-own adventure that has our interest piqued.

Cosmic-horror fans will have their hands full next year when Quantum Error releases for both PlayStation and Xbox consoles.

When the original System Shock released in 1994, critics praised the game’s relatively realistic physics and the scale of its 3D environments.

The scrappy developer is taking their time with the project to best recreate the look and vibe of the original, going as far as to consult former Looking Glass Studios staff.

Saturnalia is an upcoming survival horror game that sees you controlling a group of characters trapped inside a village where an ancient ritual is taking place.

As you make your way through a sprawling labyrinthine whose paths randomly change with each playthrough, you’ll unlock new locations and gather valuable tools and resources while being stalked continuously by spooky shadow creatures.

While the game is essentially a roguelike, developer Santa Ragione is known for incorporating elements of different genres into their projects.

Most impressive is Saturnalia’s distinct ‘pencil sketch’ art style, which adds a layer of depth and atmosphere to characters and environments.

As of now, the game is confirmed for PC exclusively through Epic Games Store.

Instead of putting out a third installment that mirrors the single-player design of the first two games, The Outlast Trials is a multiplayer-focused affair.

Details are far and few between at the moment, but what we do know is the game will take place during the Cold War era.

In it, you and your friends are involuntarily recruited to become test guinea pigs for mind-control experiments at the hands of a shady corporation.

Players will have to work together to make it out alive while their morals, endurance, and sanity are put through the wringer.

Once Upon A Time In Roswell

Although first-person psychological horror games come a dime a dozen nowadays, we haven’t seen many that explore alien conspiracies, especially in a non-contemporary setting.

Once Upon A Time In Roswell casts you as an unfortunate detective tasked with investigating the disappearance of a family during the year 1947 in Roswell, New Mexico.

As you dive deeper into the case and start digging up clues, secrets from your past will rise to the surface, causing you to see unsettling images and relive traumatic experiences.

Whether it’s little green men toying with your memories or something else, it’s up to you to uncover the truth before it’s too late.

In it, you play as Saidah, one of the last humans left alive in a world where monstrous creatures outrank humans.

One day, your child gets abducted by these creatures, prompting you to search for clues about where she was taken.

Primarily a stealth game, Unholy tasks you with rescuing your daughter while making sure not to draw too much attention from the deadly monsters who roam the streets.

Deodato is known for making violent and gory horror films with strong elements of realism, with his most notable film being Cannibal Holocaust.

In it, players are tasked with reconstructing the events of an expedition gone awry in the mysterious jungles of Borneo in Southeast Asia.

While the game is still very early in development, the announcement trailer shows some clear connections between Borneo and Deodato’s previous works.

Inspired by classics like System Shock and Dead Space, The Callisto Protocol is an upcoming survival horror game from Striking Distance Studios.

In it, players are tasked with escaping the maximum-security Black Iron Prison while uncovering a host of terrifying secrets.

The game looks to blend horror, action, and immersive storytelling while also setting a new bar for interactive horror as a whole.

We’ve also learned that it takes place in the same universe as PUBG, for reasons that are currently unclear.

Since there’s no substitute for the real thing, we’d also like to highlight an official remake of the original Dead Space that’s currently in development at Motive Studios. 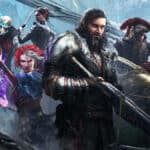