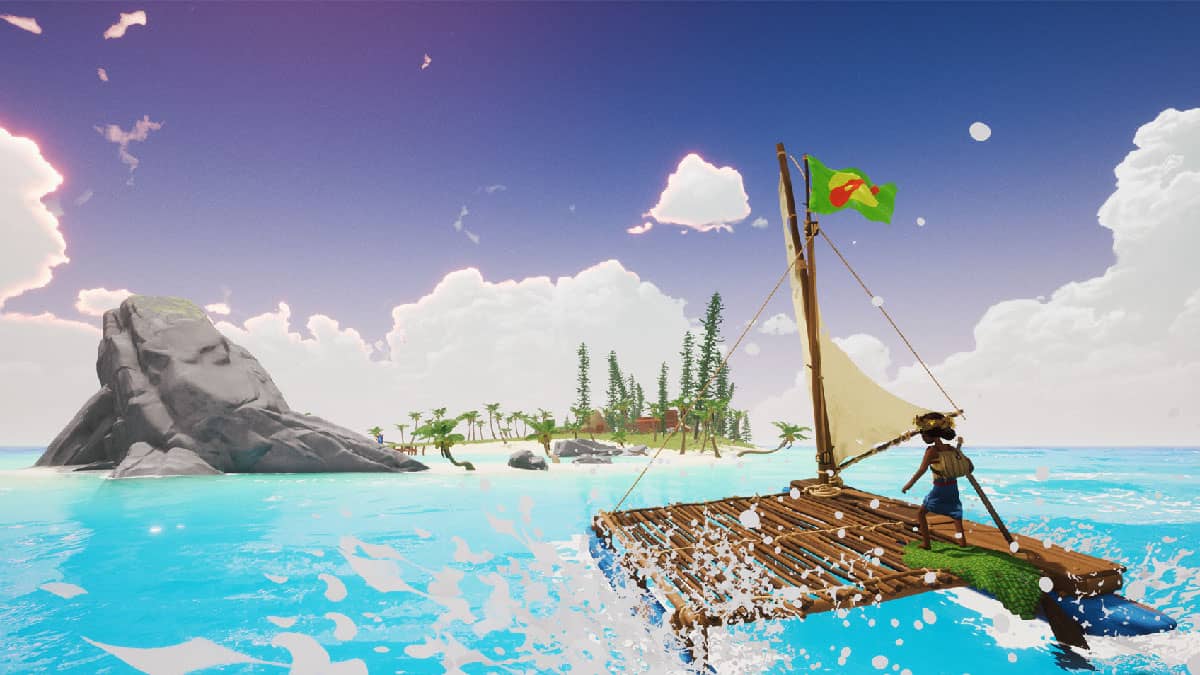 As technology advances and the gap between console and PC gaming continues to shrink, we’re seeing more detailed and immersive open-world games than ever before.

In this list, we’ll highlight the best upcoming open-world games for 2021 and beyond in order of release date.

Though the most common forms of open-world games are RPGs, action-adventure, and survival games, we’ve chosen to include a few that look to defy convention.

We’ll be updating this list with new titles in the future, so make sure to check back and let us know if we missed any games!

Biomutant has had a lengthy development cycle consisting of numerous delays, so we’re happy to finally report it has a release date.

Set in a post-apocalyptic open-world, it sees you playing as raccoon-like creatures with cool mutations and bio-mechanical body parts that affect both combat and traversal.

Players will have free reign over most of the world from the start but will need to acquire certain gear to reach some areas, adding a Metroidvania quality to progression.

The dynamic duo will set out to restore order to the universe with help from a new face, a female Lombax from a different dimension.

The game will be the first new entry in the shooter-platformer series since the 2016 remake of the first game for PS4.

Insomniac will harness the PS5’s ray-tracing capabilities along with the DualSense controller’s enhanced haptic feedback to make Rift Apart the most exciting entry to date.

Goichi “Suda51” Suda took to the stage during Nintendo’s E3 2019 Direct to announce No More Heroes III, the next mainline entry in the hack n’ slash franchise in over ten years.

It sees series’ protagonist Travis Touchdown returning to his hometown of Santa Destroy to defend the world from alien invaders led by an interplanetary terrorist.

The hack n’ slash game plans on fully utilizing the Switch’s Joy-Con motion control technology both inside and outside of combat.

In Hazel Sky, you take on the role of a young engineer tasked with overcoming the challenges that await him on an abandoned island.

Your journey sees you exploring every inch of the island in search of spare parts that can be combined to create mechanically-dazzling machines.

The goal is to build a device that will allow you to escape the island and make it back home in one piece, though we’re counting on plenty of twists and turns along the way.

In it, players are tasked with guiding bizarre-looking creatures through life as they explore a hostile world filled with predators and a massive roller that kills anything in its path.

The total number of evolutions is currently unknown but includes things like learning to breathe underwater, growing wings to fly, and many more.

Every playthrough offers a unique experience with procedurally-generated worlds and random types of species.

Skull & Bones‘ development has been plagued by numerous delays, reboots, and internal turmoil stemming from the departure of the game’s creative director mid-production.

At the moment, the initial release date points towards sometime after March 2021.

We bet so many of you are looking forward to getting your hands on this one, and with good reason.

Some of its systems are genuinely interesting, such as the ability to use landmasses for cover and territory control as well as being able to camouflage your ship by raising the enemy’s flag.

Even though recent events have resulted in the next Far Cry game’s delay, it is still on track to release sometime this year.

Like previous entries, Far Cry 6 will include a co-op mode that lets two players experience the story via local and online multiplayer.

Dying Light 2 is a first-person action RPG set after the events of the first game and introduces a new protagonist.

It features streamlined traversal complemented by interactive environments that let you swing from ropes and ride on the roofs of vehicles.

Techland is including more player-choice this time around, offering a dynamic open-world that evolves throughout the game.

The S.T.A.L.K.E.R. games are known for getting nitty-gritty with their approach to post-apocalyptic open-worlds.

PlayStation exclusive Horizon Forbidden West will expand upon the mysterious world introduced by its predecessor in hopes of dazzling both PS4 and PS5 owners.

The sequel includes a host of graphical and gameplay improvements over Horizon Zero Dawn, including new water traversal sections,

Our protagonist Aloy returns, this time searching for more answers that will inevitably lead her to the biggest challenges she’s ever faced.

Considering Horizon has always stood out for its unique interpretation of a post-apocalyptic world, we’re eager to see what lies beyond the forbidden west.

It’s not clear yet what kind of game it’ll end up being, but there’s clearly a background threat acting in opposition of the natural order.

Rare is known for their charming characters and the worlds they inhabit, so we’ll be keeping our eye on this one.

Legend of Zelda: Breath of the Wild Sequel

Probably the biggest surprise to come out of E3 2019 was Nintendo’s announcement that work on a sequel to 2017’s Breath of the Wild is currently underway.

Judging by the reveal trailer, the next entry will maintain BOTW’s art style while exploring darker themes.

At one point, we see Ganondorf’s reanimated corpse come to life before the camera switches to an exterior shot where Hyrule Castle is shown rising into the air.

Fans have already begun comparing the sequel to Majora’s Mask, another heavy hitter in the Zelda series known for its darker themes and more mature undertones.

Best known for Batman: Arkham Origins, developer WB Games Montréal is back with another game set in the DC Universe.

With the Caped Crusader supposedly dead, Gotham Knights shifts its focus to his super-powered protégés as they’re called to defend Gotham City.

Presented as a co-op-based action-RPG for up to four players, the game sees you donning the mantle of Batgirl, Robin, Red Hood, and Nightwing with help from friends.

A single-player mode will also be available, allowing one player to swap between the four characters throughout the campaign.

Chances are we won’t receive an update regarding Bethesda’s latest project for at least a few years as the company already has enough on their plate with the upcoming Elder Scrolls VI.

This leads us to believe Starfield will most definitely release on the following consoles, which includes PS5.

So far, all we know about the game is that it’s a single-player RPG set in outer space.

Starfield will be Bethesda’s first new IP in over 25 years and has the potential of becoming the third pillar in their RPG catalog along with Fallout and Elder Scrolls.

A third entry in the zombie survival horror series State of Decay is currently in development for Xbox Series X and PC.

State of Decay 3 intends to offer the ‘ultimate’ zombie survival simulation, and judging by the announcement trailer, Undead Labs is off to a great start.

Fans can look forward to battling even more undead humans along with a new contestant: brain-eating zombie deer.

We anticipate the game’s graphics will significantly benefit from the next-gen hardware and overall shorter load times.

Even though Bethesda is more occupied with Elder Scrolls: Online and the latest flavor of the month Fallout 76 controversy, they still like to occasionally remind us Elder Scrolls VI is coming.

Current speculation suggests ES6 might be set in the Skyrim-adjacent region High Rock based on the announcement trailer depicting a mountainous northern province.

Intended to be a reboot for the series, Fable will retain the spirit of the original trilogy, which saw players engaging with magical creatures throughout fantasy-inspired locales.