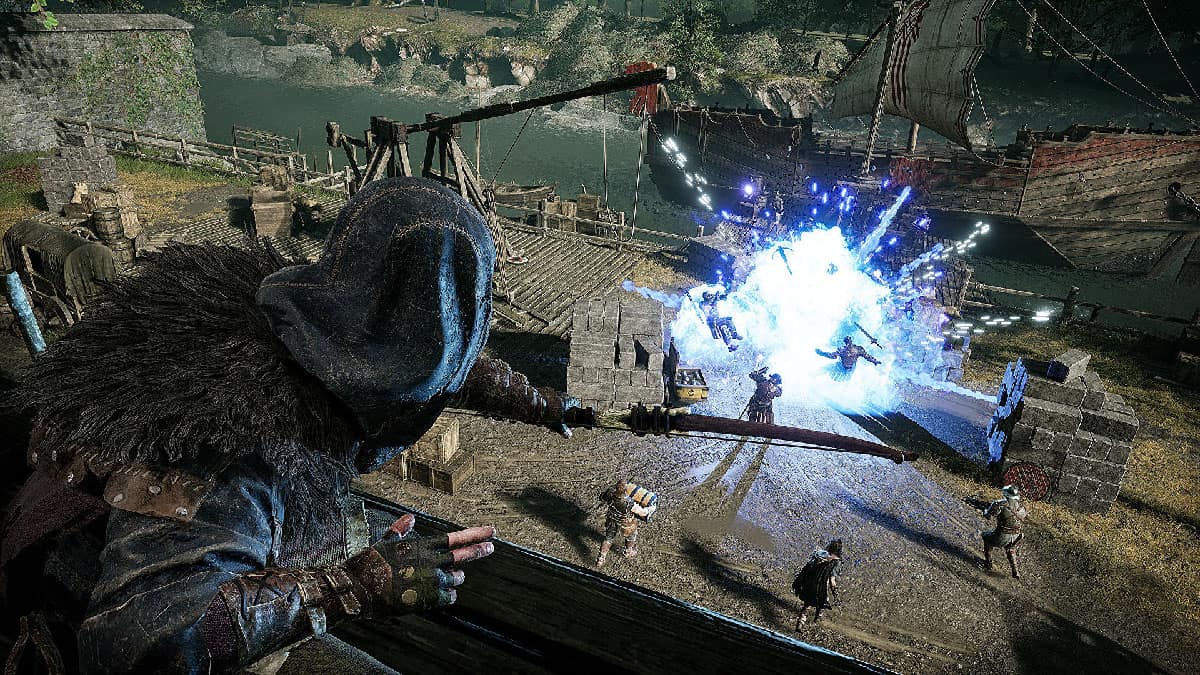 Microsoft has taken a unique approach in transitioning players from the Xbox One to its suped-up successors, the Xbox Series X and Series S.

You’ll find that the majority of upcoming Xbox Series X games are also expected to come to Xbox One, albeit with a lot fewer bells and whistles.

In this list, we’ll be highlighting the most-anticipated Xbox One games, including the best upcoming Xbox One games of 2022 in order of release date.

Knockout City is an upcoming free to play dodgeball combat game due out later this year.

Gameplay is centered around catching and throwing a fast-moving ball with the goal of knocking out the competition.

The game includes a variety of modes with unique objectives and various maps that add environmental hazards that can either help or hurt your team.

Characters possess special abilities that allow them to move around quickly, sneak up on the enemy, and make a quick escape when things go bad.

Biomutant has had a lengthy development cycle consisting of numerous delays, so we’re happy to finally report it has a release date.

Set in a post-apocalyptic open-world, it sees you playing as raccoon-like creatures with cool mutations and bio-mechanical body parts that affect both combat and traversal.

Players will have free reign over most of the world from the start but will need to acquire certain gear to reach some areas, adding a Metroidvania quality to progression.

With Valve flat-out refusing to make a new Left 4 Dead, Back 4 Blood is the closest we’ll ever get to a new installment in the zombie shooter franchise.

Thankfully, development is being handled by Turtle Rock Studios, the team behind the original L4D, whose credits also include the asymmetrical multiplayer title Evolve.

Described as a spiritual successor to TR’s game, Back 4 Blood will include genre staples such as local and online four-player co-op centered on a replayable story campaign.

Additionally, the game will feature a PvP mode where you can play as the monster and attack other players.

Aliens: Fireteam is an upcoming online co-op-based shooter set in the Alien universe that sees a squad of three players venturing into infested space colonies filled with deadly Xenomorph creatures.

It has some similarities with the Left 4 Dead games but includes a host of weapons, enemy types, and levels inspired by its source material.

There are five classes with unique specializations, and players can unlock additional weapons, abilities, and customizations over time by leveling up.

At launch, Fireteam will feature four playable story campaigns composed of three missions, all of which can be replayed on higher difficulties for increased rewards.

All signs point towards Lego Star Wars: The Skywalker Saga being a pivotal entry in the long-running Lego game franchise.

The upcoming title plans on adapting all nine episodes of the Star Wars saga for modern consoles and high-resolution displays.

So far, we know it will feature fully-voiced dialogue and allow players to complete any of the episodes in whichever order they choose.

Given the success of the original games and the rise in quality of more recent entries, we’re confident The Skywalker Saga will be a great time.

It’s been a long wait for anyone who’s been dying to play Tunic since it debuted at E3 2017.

The Xbox-exclusive, indie action-adventure title inspired by The Legend of Zelda looks to be carving out space for itself with stunning environments and a mysterious story centered on an adorable fox.

The game sees our fox companion waking up on a strange island overflowing with deadly spiders, slimes, and warriors.

Played from a 3D-isometric perspective, Tunic‘s combat system appears to rely heavily on timing your attacks and dodging enemies.

Microsoft has been surprisingly tight-lipped following the recent delay of the next Halo game.

Halo: Infinite will be the sixth mainline entry in the first-person shooter franchise and launches on both Xbox and PC.

Current speculation suggests the game’s story is set during the “Reclaimer Saga” of Halo and plans to tell a more serious story centered around Master Chief and Cortana’s relationship.

Additionally, it will see the debut of 343’s new Slipspace Engine, which was developed alongside Halo: Infinite.

It’s not clear yet what kind of game it’ll end up being, but there’s clearly a background threat acting in opposition of the natural order.

Rare is known for their charming characters and the worlds they inhabit, so we’ll be keeping our eye on this one.

Dying Light 2 is a first-person action RPG set after the events of the first game and introduces a new protagonist.

It features streamlined traversal complemented by interactive environments that let you swing from ropes and ride on the roofs of vehicles.

Techland is including more player-choice this time around, offering a dynamic open-world that evolves throughout the game.

It appears fans will have to give developer Double Fine Productions a bit more time as the sequel has been pushed back yet again, now slated for a 2021 release.

In a recent statement to fans, the developer explains, “We know it’s always disappointing when you have to wait a bit longer, but we also know that you are an amazing, supportive bunch, who … want the game to be as good as possible.”

The sequel tries to maintain the third-person platforming action of the original while telling a new story centered around Raz’s family.

ExoMecha is sure to fill that void while putting its own free-to-play spin on competitive online shooters.

The game boasts specialized mech classes and an assortment of game-changing abilities and gadgets to wield in both PvP and AI boss battles.

Cyberpunk-themed games are all the rage nowadays, and The Ascent looks to be putting its own spin on tech-obsessed dystopias.

Categorized as a twin-stick shooter with RPG elements, the game sees you navigating a futuristic city occupied by rival factions.

You’ve got your all-controlling megacorp, The Ascent Group, whose untimely demise created a power struggle within the city that players will have to navigate.

You can choose to take on the city alone in single-player, or grab a couple of friends and experience the story in co-op mode with up to four players.

Xbox has always built their brand off of shooters and this generation appears to be no different as CrossFireX makes its way to both the Series X and Xbox One.

While the CrossFire franchise has been around long enough to know what to expect, the fact that the game is being co-developed by two wildly different developers has us intrigued.

Control developer Remedy Entertainment is posed to work on the game’s single-player campaign while the series creator Smilegate focuses on the multiplayer component.

Similar to titles like CS: GO, the game sees two opposing teams competing in a variety of objective-based game modes.

Hello Neighbor was a pretty experimental title for the Xbox platform that was critically panned but still ended up catching on thanks to YouTube let’s plays.

At the very least, the game was successful enough to warrant Microsoft greenlighting a sequel currently in production by tinyBuild and Eerie Guest.

Hello Neighbor 2 maintains the survival horror stealth gameplay of the original while fleshing out its lore and introducing new mechanics.

This includes improvements to enemy AI, a new setting, and new combinable items littered throughout environments that can be used to progress and/or deter the Neighbor.

Image & Form is primarily known for 2D turn-based games like SteamWorld Heist and Quest along with the metroidvania SteamWorld Dig and its sequel.

However, the Swedish-based developer appears to be branching out and producing their first 3D game exclusively for Xbox’s new console.

The Gunk casts you as a gritty space hauler who stumbles upon a collapsed civilization and discovers a corrupt parasite has been feeding on the planet.

With help from your partner, you’ll investigate the gunk’s origin and try to find a way to stop it from consuming everything in its path.

Echo Generation is a turn-based adventure game from Riverbond developer Cococumber that’s being touted as an Xbox exclusive.

The game takes place during the summer of 1993 and sees a group of friends investigating a mysterious crash in their home town.

Combat employs a mix of both real-time and turn-based battles using each character’s unique abilities to earn XP and unlock new skills.

Its voxel-based graphics and detailed environments are sure to push the Xbox One;s hardware to its full potential.

Best described as Starfox for grown-ups, Chorus has you taking control of an ace pilot as she sets out to destroy the cult that created her.

To reach her targets, Nara will have to rely on her skills as a space-combat pilot and sentient starfighter, aptly named Forsaken.

Gameplay revolves around exploring ancient temples, engaging in energetic zero-g combat, and traveling to distant galaxies just beyond our reach.

It’s unclear where Nara’s rageful journey will end up taking her, but we’re more than happy to come along for the ride, cosmic dogfighting and all.

The last game to be delayed following its announcement at E3 2019 is Rainbow Six Quarantine.

Although Ubisoft never confirmed a release date, many were expecting to get their hands on the shooter relatively soon.

Described as a “3-player tactical co-op FPS,” RSQ appears to be incorporating elements of horror, with the teaser trailer depicting zombie-like creatures.

Additionally, the player character is infected with some kind of illness, likely sharing a connection to the zombies. 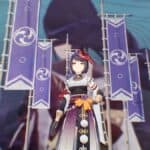