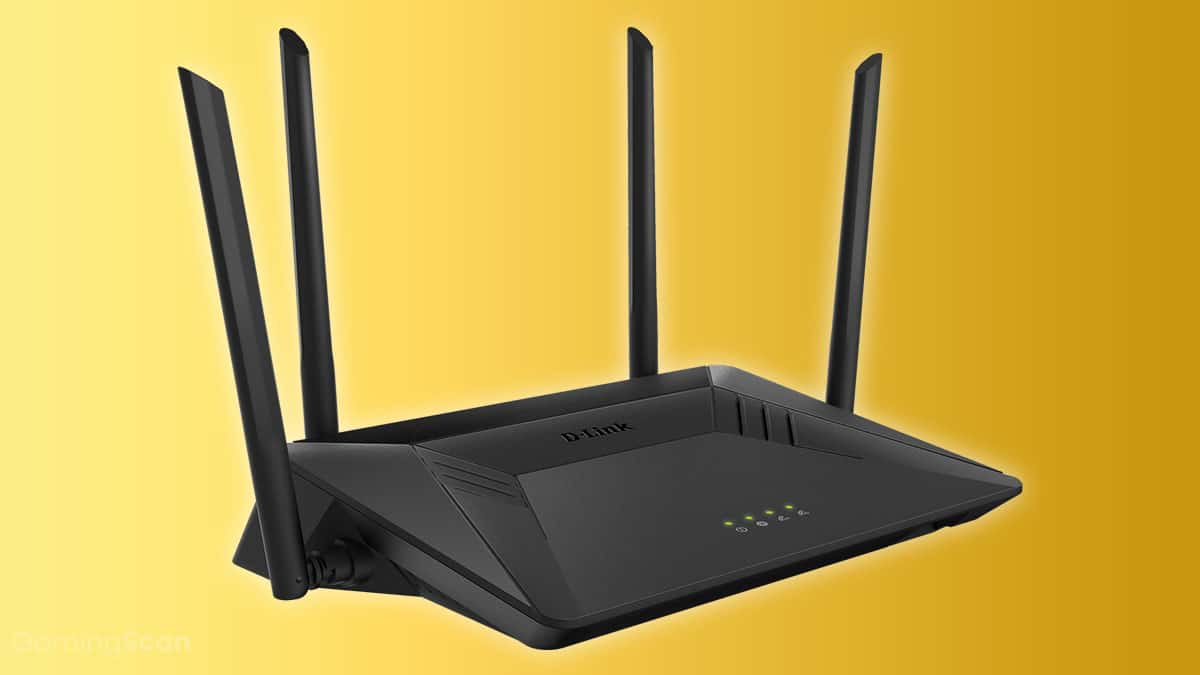 Wireless technology is something that we truly take for granted these days. It was considered science fiction up until recently, and it has already become the norm.

Just try to imagine your day without Wi-Fi.

The chances are that you can’t.

Indeed, a bad Wi-Fi signal at home is enough for anyone to become annoyed with their Internet service provider, but you’d be surprised just how much Wi-Fi quality relies on the router itself.

If you want the best wireless experience, you will need the best router, which is precisely what we will be addressing here: the very best wireless routers of 2022!

Without any further ado, here is a comprehensive review of the best WiFi routers for 2022! 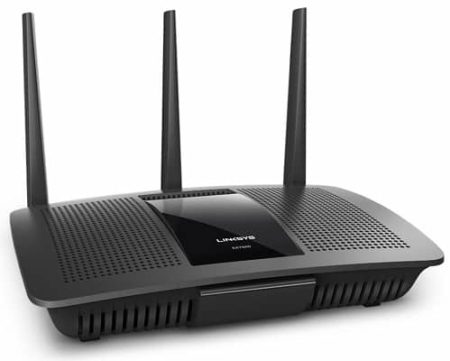 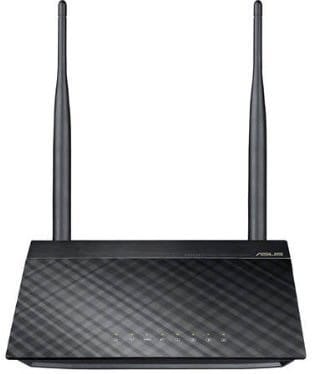 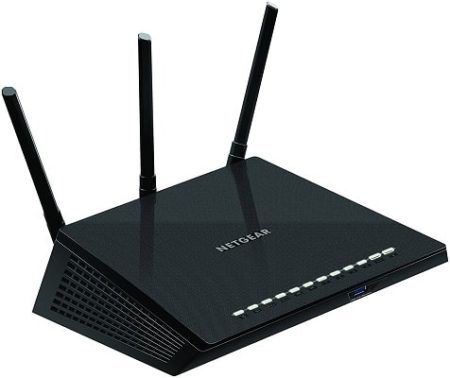 Netgear is a California-based tech company founded in 1996. As the name implies, they are focused on equipment such as routers, modems, and other types of networking equipment. These include both personal and business solutions, and a wide price range as well.

The Nighthawk R6700 sports an unusual design somewhat reminiscent of the stealth plane that bears the same name. It is made of high-quality black plastic, with three antennae attached to the back of the device. All in all, it is a powerful and well-made wireless router, but what does it offer in practical terms?

Ultimately, Netgear’s Nighthawk R6700 is a fast and powerful wireless router for home and office use alike. It provides a stable signal that covers plenty of space and offers gigabit speeds to boot. This makes it ideal for gaming and streaming HD quality content, or just if you intend on having multiple devices connected wirelessly. 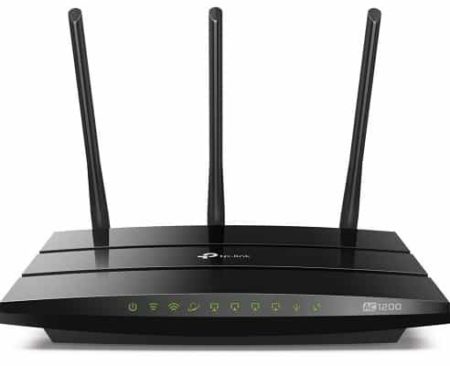 TP-Link is a very recognizable name in the world of networking equipment. That’s no wonder, seeing as this Chinese giant had excelled in its field since 1996, and has also expanded into other areas later on. Today, in addition to a variety of networking devices, they have even created their very own smartphone brand, Neffos.

The Archer C1200 is one of TP-Link’s currently most popular solutions, and for a good reason. It is a sleek and compact device with a glossy black exterior and subtle green LED lights that will blend well with almost any interior.

All in all, the Archer C1200 is a solid and versatile solution that balances price and quality quite well. Not only that, but it is also easy to set up and use while being relatively compact and stylish to boot. All of this makes it one of the best (if not the best) affordable routers available.

Asus isn’t a company known for selling networking equipment. For the most part, this tech giant produces cutting-edge hardware but also has its sights on other secondary markets, and so wireless routers just happen to be a part of their inventory.

The RT-N12 is a compact, cheap, and fairly simple device, far from what Asus has come to be renowned for. However, don’t think for a moment that you’re dealing with a poor quality router! Indeed, it may be small and nowhere near as powerful as some of the pricier ones, but it can definitely pull its weight.

The Asus RT-N12 is a compact and sleek looking router that comes at quite a low price tag, without sacrificing much in terms of performance. Its main flaw is the speed which is limited by its single 2.4GHz band, but it can still maintain excellent coverage, so this shortcoming is not a big deal unless you also have a very fast Internet connection or need a large area covered with optimal signal strength.

Linksys is a long-standing American networking hardware company that was originally founded in 1988 and has come to be a subsidiary of Belkin in 2013. Today, their efforts are focused on the production of some of the best routers, modems, network switches and other related products and accessories.

The EA7500 is one of their premium quality routers. It is an impressive looking piece of tech, with a dark grey exterior and glossy black center, as well as three prominent external antennae. But looks aren’t everything, so how does this product fare in practice?

All things considered, the Linksys EA7500 is a very powerful router capable of covering large areas with a stable Wi-Fi signal, in addition to maintaining high speeds over the entire said area. It may be on the more expensive side, but the general quality offered by this product makes it more than worth the extra expense. 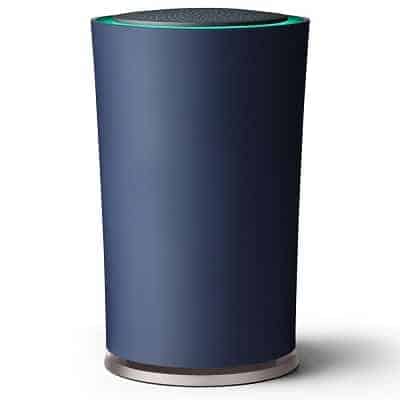 OnHub isn’t actually a company, but a product brand. Namely, it is a series of wireless routers, which are a result of the collaboration between TP-Link and Google, neither of which need any formal introduction.

The OnHub AC1900 is a memorable piece of networking gear, as its design deviates significantly from the norm. Whereas wireless routers usually sport a blocky rectangular design, which is quite common for such products, this OnHub router has a unique cylindrical exterior, which allows it to blend well with almost any space.

It’s quite obvious that the OnHub AC1900 is a serious router for demanding users. Its stable and hefty signal coverage is only overshadowed by the dynamic smart capabilities which can greatly optimize the user’s Wi-Fi experience, be it in a home or office environment. 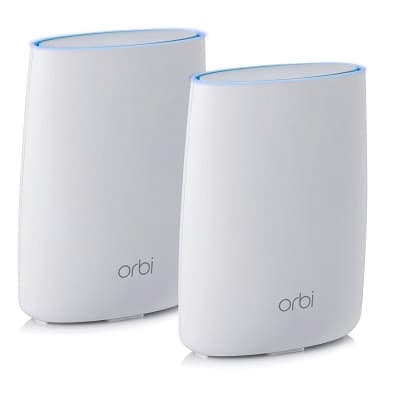 As we have previously introduced Netgear in the first entry on this list, they are a highly specialized manufacturer of networking equipment. One of the highly impressive and most distinct parts of their arsenal is the Orbi wireless router.

The Orbi is one of those futuristic-looking pieces of equipment that many would only expect to see in movies. It is a sleek router with a pearly white exterior that strives to provide as much Wi-Fi coverage as possible, which it does by creating a sophisticated and responsive network in your home or office space by utilizing a couple of routers and/or add-ons at once.

There is no denying that Orbi is an amazing way to ensure that the entirety of your apartment is covered by a stable signal, with no dead zones, connection dropping, or hindered speeds that are so common with other routers.

And, as mentioned above, it uses several devices to create this web. Based on how many you use, you can easily cover an area as large as 7500 square feet. 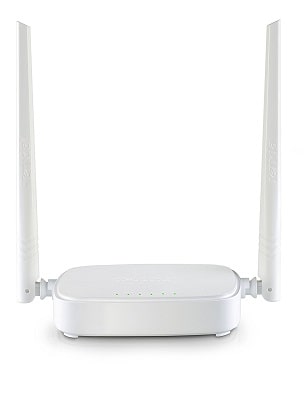 Unlike most of the producers on this list, Tenda is hardly a household name. This Chinese company was founded in 1999, and they specialize in networking technology. And just because they are not as popular as some of the big names doesn’t mean that they are not delivering quality products!

The Tenda N301, however, is not so much a showcase of superior technology as it is an example of how a product can be extremely affordable and highly reliable at the same time. This small, simple-looking, and affordable router is equipped with two antennae and is a great and inconspicuous home Wi-Fi solution.

In the end, what makes the Tenda N301 worthwhile? First and foremost, it is a highly affordable solution. More importantly, it doesn’t sacrifice lots in terms of quality. And lastly, its compact and inconspicuous frame makes it ideal for smaller apartments.

What To Keep In Mind When Making Your Pick

As you have most likely noticed, the majority of the routers listed here use 802.11ac Wi-Fi technology. To explain it without getting overly technical, the key difference between all of the different technologies is the maximum supported wireless speed.

Over the years, a number of technologies have been used, the most important being:

Now, you would expect there to be some weighing of the pros and cons between the newest few of these technologies, but there is hardly any need for that seeing as 802.11ac dominates the modern market.

The only reason you may want to go with some of the older model routers that still use the older technologies is if you’re on a really tight budget. Otherwise, there is no need to do so, as the newer 802.11ac routers will decisively win both in terms of signal strength and coverage, in addition to having better up-to-date support.

The Area That You Need Covered

Obviously, when you’re buying a wireless router for either your home or your office, you will need to keep signal coverage in mind. Needless to say, you’ll want to keep it optimal throughout the area, so what are the factors to consider?

All things considered, the Linksys EA7500 is the best wireless router on this list without a doubt. And why is that?

Unlike most other entries on this list, it has no glaring or deal-breaking downsides. It is, all in all, a powerful 5th generation router that can provide a stable signal and Gigabit speeds in any environment.

Not only that, but the EA7500 model we have listed here is merely the most popular and best-balanced one. Linksys, however, also offers several more powerful and expensive solutions for the more demanding users that require even higher speeds and even better coverage.

It may be lagging behind the newer routers both in terms of speed, signal strength, and coverage, but the Asus RT-N12 is everything a decent budget product should be: affordable, reliable, and more than capable of meeting most average users’ needs.

Furthermore, the Asus RT-N12 can be used as a gaming router as well. 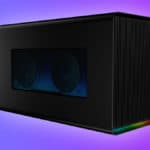