With its unique cel-shaded graphics and characterful cast, Borderlands is arguably Gearbox’s most popular title. With Borderlands 2’s PS3 version achieving a phenomenal score of 92 on Metacritic, it’s no wonder Borderlands 3 is one of the most eagerly anticipated FPS action games of the moment.

Since the release of Borderlands 2 in 2012, our friends at Gearbox have maintained a consistent radio silence when it comes to any official announcement of a further installment. While 2014’s off-canon offering Borderlands: The Pre-Sequel satiated fans’ hunger for a while, four years have now passed and demand remains high for news on the next installment in the main Borderlands timeline.

Rumors of a third Borderlands game began circulating back in 2015 when Gearbox CEO Randy Pitchford dropped the news that work would soon start on “the big one” in the Borderlands series. Since then, a series of leaks, rumors, and Easter eggs have led to mass fan speculation of an imminent announcement and eventual release of a third Borderlands title in the not-so-distant future. So, what do we know so far? 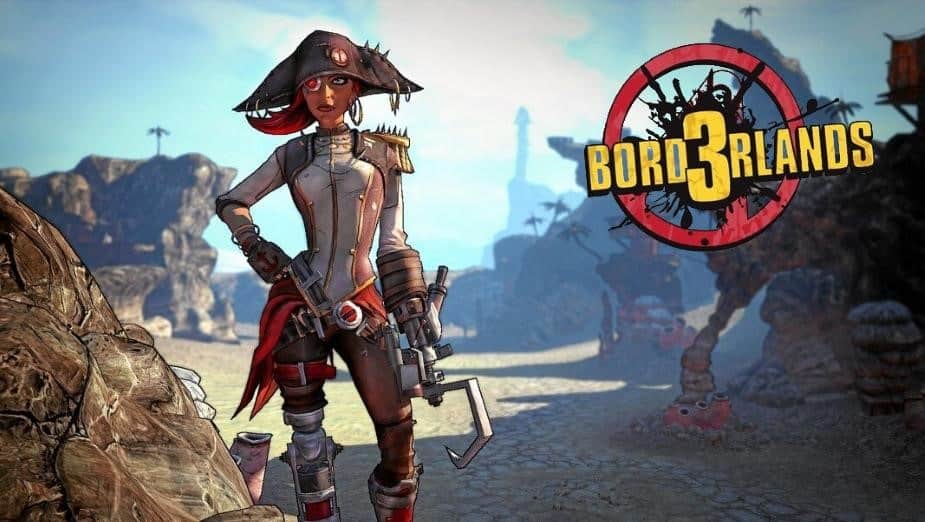 While there is no official release date yet, trusted sources have led fans to believe the release of the next Borderlands title will come during the fiscal year of 2020 – so between April 2019 and March 2020. Gearbox are regulars at PAX events and if the theory of a fiscal 2020 release is to be believed, an announcement (and, if we dare to dream, a teaser trailer) could take place at PAX East in March 2019.

There has also been great anticipation of Borderlands 3 rearing its head at E3. Speculation was strong for a 2018 announcement, especially following Walmart Canada’s release of a list of titles eligible for pre-order back in May – a list that included none other than Borderlands 3. 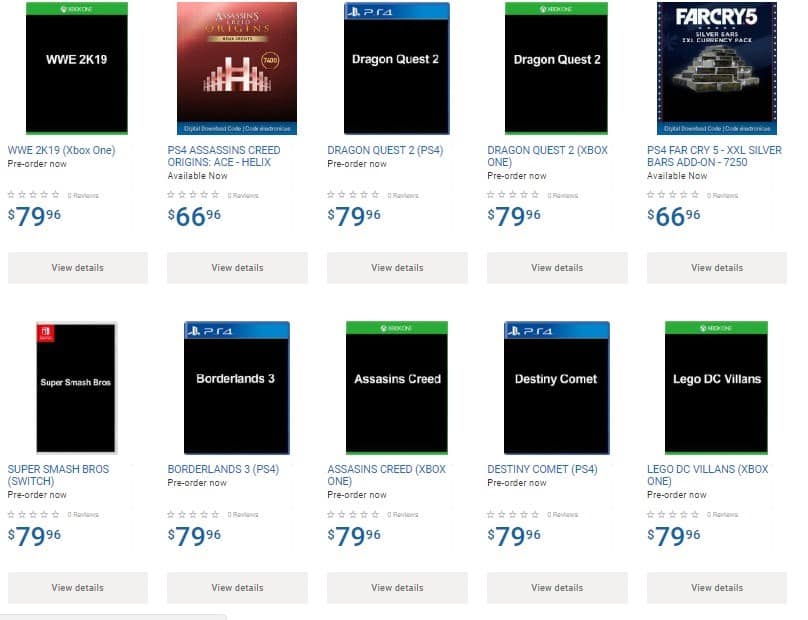 Unfortunately for vault hunters the world over, this turned out to be no more than a mistake. That, or a premature release of information that the store had been secretly briefed on. Whatever the reason, there was sadly no talk of Borderlands 3 at E3 2018. Cue the long, painful wait for the next E3 in June 2019.

Given the last few years spent clutching our controllers in anticipation of any kind of announcement, it is safe to assume that once an announcement is made, Gearbox will want to run with the momentum and achieve a short turnaround time between any official announcement and the release of the finished game. Gearbox love a fall release so a spring announcement and trailer could well be followed by the release of Borderlands 3 by September 2019. 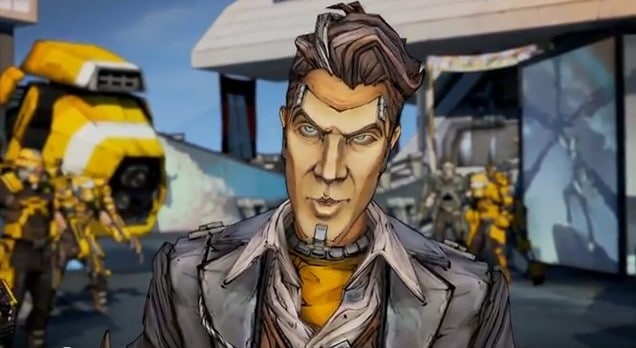 First, let’s get one thing straight – there will be a third installment of Borderlands, that much we can be certain of. Randy Pitchford made this pretty clear back at PAX East 2016: “It’s no secret, obviously there’s going to be another Borderlands. We don’t even know if we’re going to call it that , we could call it Borderlands 4 for all we know.”

So, while the logical guess is to assume that the game will follow suit and be called Borderlands 3, we cannot assume this as a given just yet. What also remains to be seen is the release date, trailer drop, plot and exact setting and location of the next Borderlands game.

Gearbox’s 2016 release, Battleborn, brought us some tasty Easter eggs that hinted at the location of Borderlands 3 – An etching reading “Promethea”, for example, on the wall of a dark room with a vault symbol making up the letter A. Add to this the ending of Borderlands 2 that sees our attention drawn away from Pandora as Lilith discovers a universe full of new vaults.

If that wasn’t enough to solidify the likelihood of a change in location for the next game, Randy Pitchford revealed the following tidbit at GDC 2017: “conceivably we have different physics if we, for example, were to explore different planets. There might be different physics and the sun and the moons might be in different positions than what we’re used to on Pandora.” So, a potential move from Pandora to Promethea, the source planet for Eridium, is a strong possibility. 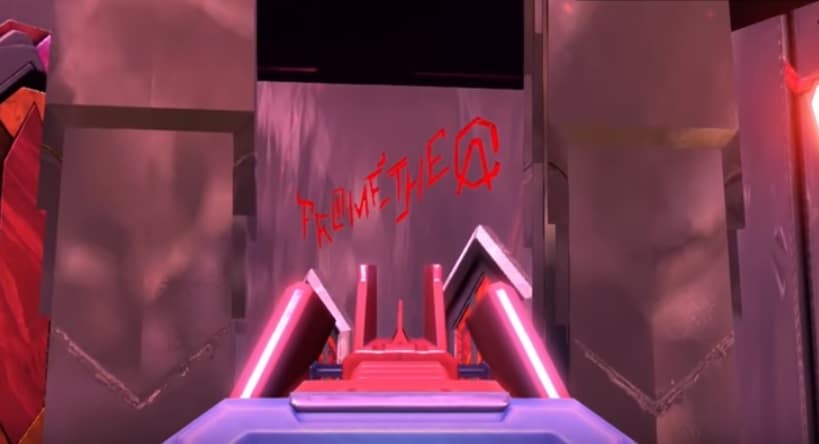 Weaponry is a massive part of Borderlands and there are even some claims flying around that Elon Musk’s famed flamethrower could make an appearance following tweets exchanged between Pitchford and Musk earlier in 2018. Now that’s a weapon that could pack a punch in Borderlands 3! 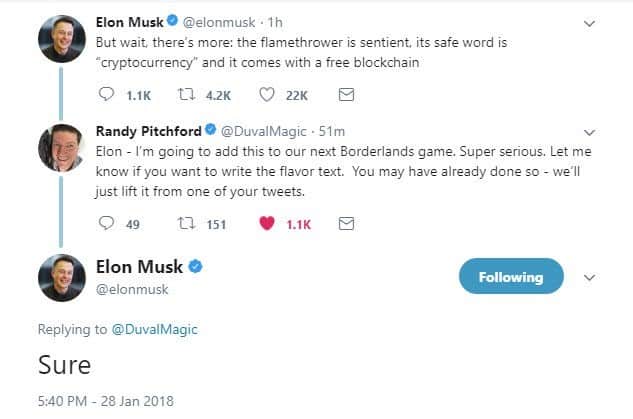 It also remains unlikely that Borderlands 3 will be available on Nintendo Switch. Randy Pitchford has been known to speak not-so-favorably of Nintendo’s newest platform, preferring instead to bet on guaranteed success with Playstation, Xbox and PC.

While no official trailer for Borderlands 3 has been released, the existence of it in some form or another has been hinted at. This time last year, ex-lead writer and voice of Scooter Mikey Neumann made a guest appearance on Randy Pitchford’s Nerdvana podcast and alluded to working on a trailer for Gearbox.

During a discussion about potentially working together again, Pitchford said: “I think we’re doing something, right?” to which Neumann responded “we are, actually, but we can’t talk about it.” If that isn’t a huge hint at an imminent Borderlands 3 trailer, we don’t know what is.

In the absence of a trailer or gameplay footage, one thing we do have to hold on to is a tech demo showcased by Randy Pitchford at GDC 2017. It is believed by many that snippets of graphics, landscapes and even a character from a potential future Borderlands release can be seen here.

So, while much of what we know at the moment comes from fan speculation and Easter egg hunters, there has also been a fair sprinkling of hints at the progress made so far by Randy Pitchford and his colleagues at Gearbox.

While off-canon releases such as Borderlands: The Pre-Sequel and the upcoming remastered Borderlands 2 VR go some way to scratching the Borderlands 3 itch, fans won’t be satisfied until an official announcement is made – and all signs point to 2019 being the year for that announcement. A follow-up to Borderlands 2 is surely at our fingertips, and we are going Handsome Jack levels of crazy in anticipation of it!