There are two things that Bandai Namco holds above all else, including money; they are anime and Dark Souls. Therefore, it only seems fitting that a game like Code Vein would manifest itself into existence. The action RPG promises players a challenging, Soulslike experience complimented by a plethora of waifus and emo vampires.

Here, we’ll be covering everything you need to know about the upcoming game including story and gameplay details as well as some exciting rumors. Make sure to check back as we’ll be updating this story following any new announcements from Bandai Namco.

When is Code Vein releasing?

Code Vein is scheduled to release on September 27, 2019, for PS4, Xbox One, and PC. Standard and Collector’s Editions are available for preorder, with the Collector’s including a figurine, digital artbook, and OST.

The game was announced back in April 2017 and originally scheduled to release in September the following year before it was delayed. It is being developed internally by the same team behind the God Eater series.

What is the story about?

Code Vein is set in a post-apocalyptic world where human civilization has crumbled. You play as a Revenant, vampires granted supernatural abilities at the cost of losing most of the memories from their previous life. To survive in this harsh new world, the Revenants have set-up an underground society called “Vein.”

The game is being presented as a “dramatic exploration action RPG” and features a large open-world filled with diverse environments including underground dungeons, ravaged mountainsides, destroyed city-streets, and grandiose castles.  This leads us to believe Code Vein will play mostly like a dungeon crawler with connected areas that players will return to frequently. 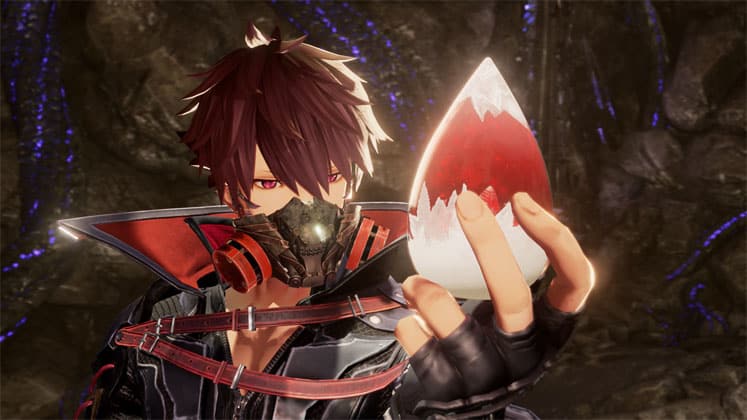 Having lost your memory, your main task throughout the game will be to find out what happened to you before joining Vein as well as the cause behind humanity’s destruction. At the same time you’ll have to deal with a constant thirst for blood by consuming blood beads or risk turning into a terrible monster referred to as “Losts”.

When asked about the decision to make vampires a core part of Code Vein’s story in a recent interview with Alt/Char, the game’s producer Aude-Alexia Koch had this to say: “We chose a vampire character so we could make people realize that even if your character is dead, there is something after that, and that they still have to fight and survive.”

While gameplay appears to take centerstage, it’s good to know there’s a driving motive behind your character’s actions and that death is not the end, especially since you’ll probably find yourself dying A LOT. However, you’re not alone in Code Vein as allies will sometimes cross your path and you’re given the option to bring an NPC companion with you into battle.

Code Vein’s combat resembles that of Dark Souls’ and is centered on performing deliberate attacks and dodges at the right moment. Additionally, you’ll find yourself fighting most battles close-range since a majority of the game’s weapons are melee-based and include great swords, spears, claws, and hammers; there are some long-range options as well.

Health is represented by how much blood you currently have stored, with any damage taken resulting in a loss of blood. To regain blood, you’ll have to either consume blood beads found in the world or defeat certain enemy types called “Losts”.  This is done through your Blood Veil, a piece of Revenant equipment that can suck up the blood of Losts and also acts as a sort of armor.

There are special abilities, known as “gifts” that can provide your character with unique perks or buffs in battle. For example, an ability called “Tempered Blood” can be performed after successfully sucking the blood of an enemy, with the level of effect tied to the quantity of blood received. There are multiple variations of abilities, with each specializing in a different area, such as increasing damage dealt, lowering enemies’ defenses, etc. 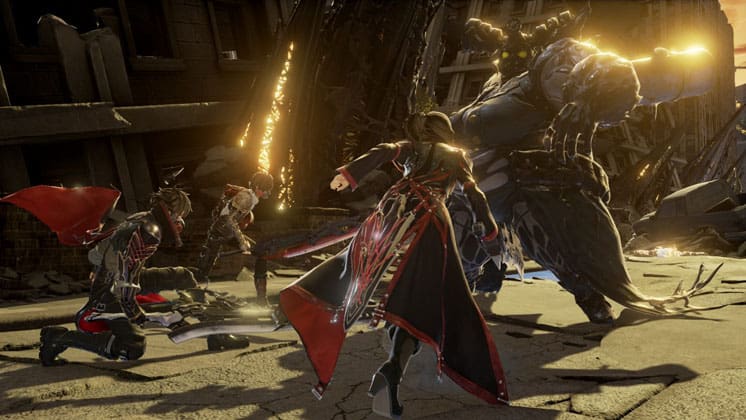 Code Vein will support online co-op for up to four players, with each player being able to change playstyles whenever they want to complement that of their teammates’. This is done through the game’s unique class system called “Blood Code”. Koch offers the following in regards to how classes function in multiplayer,

“You can decide how each of you wants to play in the game, and play differently in different areas of the game. So for example, you might say ‘in this area, I will go more on defense’, and your teammate can choose something different—it leads you to build a different experience through the game, different strategies. It’s something I really like.”

Lastly, Code Vein will feature in-depth customization that allows you to create a character that feels entirely your own. This includes standard creator options like changing your waifu’s hair, eye, and skin color as well as selecting from different outfits and accessories. Here you’ll also be able to pick your character class and special ability.

The final word on Code Vein 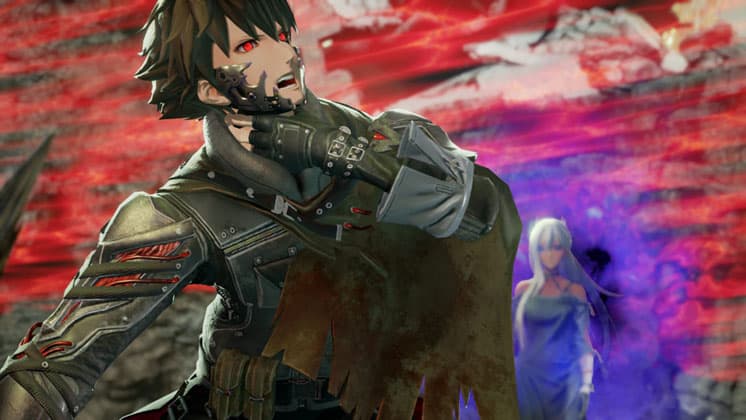 It’s great to see the Dark Souls formula be expanded upon and taken in a new direction. With the FromSoftware series currently on the backburner, Code Vein has a shot at providing players with a fresh experience in a format they’re already familiar with. Additionally, the game’s anime-inspired visuals and overly dramatic narrative are sure to draw in a larger audience that may not normally play these kinds of games.

Whether Code Vein will be able to live up to the lofty expectations set through comparisons to other titles like Dark Souls and God Eater, is yet to be seen. However, one thing’s for sure—vampires will flood the streets once this game is released.