The vertical-play open worlds of Crackdown 1 and 2 provided a high-octane gaming experience – a fast-paced, destructive smack in the face. Microsoft themselves refer to the game as a “sandbox of mayhem and destruction.” However, after the full-throttle orb-hunting action of Crackdown 2 was met with some mediocre reviews, fans were not necessarily expecting a third game.

That is, until Microsoft announced in 2014 that there would indeed be a third installment in this Xbox-exclusive franchise.

Whispers of fan skepticism aside, players have had a long wait since the original announcement of Crackdown 3 in 2014, and we are more than ready to step up our boom with the new game.

It’s been a long, bumpy road, with a number of setbacks and delays to production along the way, and now it finally looks as though Crackdown 3 is within our grasp. So, what do we know about Crackdown 3 so far, and what can we expect from the game? Let’s find out. 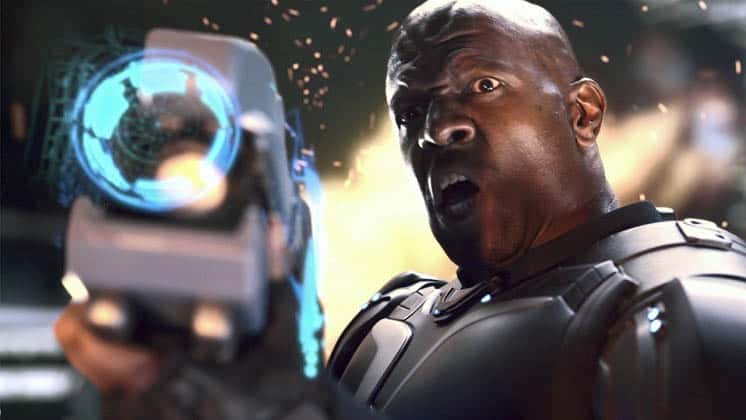 Since the original announcement of the game at E3 2014, Crackdown 3’s production has seen a few ups and downs. But, after a number of delays, dropouts from major production team members and even rumors of a cancellation, Microsoft finally have a definitive release date for us: February 15th 2019.

After the original release date was pushed back to early 2018, then further delayed until early 2019, there is some concern among fans that the same may happen again. But at this late stage and with the game already available on pre-order from Microsoft, a further delay is unlikely. 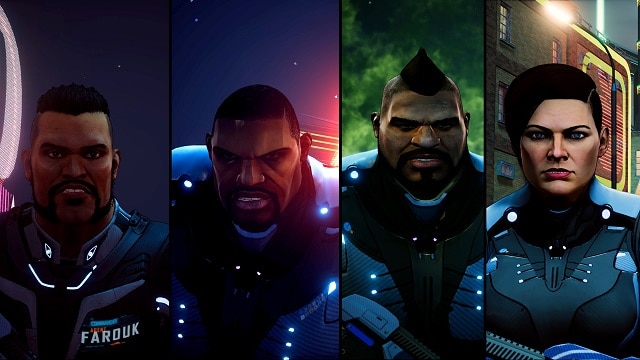 In Crackdown 3, Terry Crews and the Agency are back to save the day as, 10 years on from the events of Crackdown 2, the world is in darkness following a terrorist attack. Rumor has it that Terra Nova, the mysterious organization in control of New Providence, could be behind it.

Of course, Microsoft are unlikely to release too many details and spoilers when it comes to the plot of Crackdown 3, instead allowing players the enjoyment of unveiling the full plot as they play. But there are plenty of gameplay details that fans can get excited about.

One of the main talking-points of Crackdown 3 is its use of cloud computing. This, as the Microsoft claims, will give the game a processing capacity 20 times bigger than the Xbox One alone. This ‘cloud destruction’ feature will also ensure identical gaming experience whether the game is played on Xbox One, One X, or PC.

By using the cloud in this way, Crackdown 3 will have completely destructible environments – players will able to cause as much havoc as they like and destroy everything in sight – from smashing through one wall to taking down a whole skyscraper!

However, this level of destruction will only be available in the online multiplayer mode. Check out the gameplay demo from XO18 to see some of this large-scale destruction in action!

So there are some pretty exciting developments in multiplayer mode to look forward to. But what about single-player? Fear not – there are some interesting new features in store.

One of these new elements is the “gang bites back” feature. Players can have all the fun they like destroying buildings and enemies all over Crackdown’s open world, but in Crackdown 3 your actions will spark the attention of kingpins in the areas of town where you cause trouble, and you could find yourself targeted by gang members sent by the kingpin. Shake off enough of the gang members and the kingpin could come for you themselves!

In single-player mode, enemy outposts will also reinforce themselves as you play. The more outposts you destroy, the stronger the remaining ones become, so leveling up your character’s skills and strengths will be important!

The game will have plenty of familiar aspects too – the “kills for skills” feature is back, whereby the more enemies you kill and how you go about it will result in being awarded with orbs to increase your skills – from agility and strength to driving skills, or bigger better weapons or explosives. Level up enough and you’ll be able to jump over skyscrapers and lift trucks to throw at your enemies!

Players will also be completely free to explore the open world – nowhere is off limits. Even the storyline will not restrict exploration. This will allow you to roam freely, taking as many destructive detours as you please!

And, of course, what is Crackdown without the enigmatic Terry Crews? Crews returns for Crackdown 3 as the unforgettable face and voice of this out-of-control criminal empire.

While an initial teaser trailer was released in 2014, the official 4K trailer didn’t come until E3 2017. This high-octane trailer, reminiscent of a wrestling match opener, really got fans pumped up for Crackdown 3. It finally brought us a glimpse of some in-game footage, as well as a boom shaka laka-tastic pep talk from the one and only Terry Crews.

As if that wasn’t enough, a full gameplay trailer was released at E3 2018, showing gamers exactly what they can look forward to – from superhero landings from 60 stories up, to cars transforming into tanks in an instant. 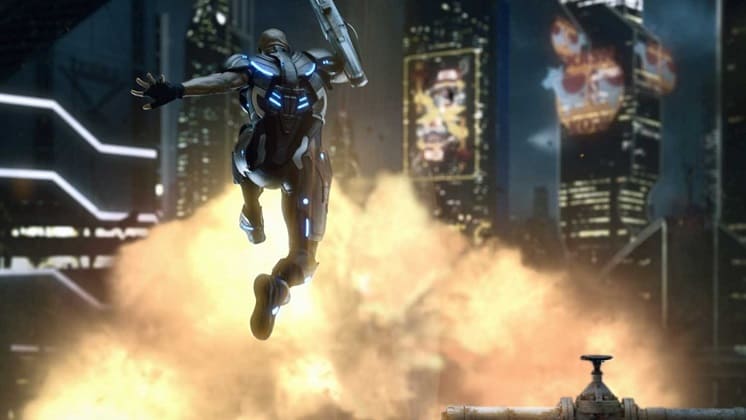 So, what do we know about Crackdown 3? Actually, quite a lot! The game is available for pre-order, due for release in February 2019, and there are plenty of teasers, trailers and gameplay demos out there to get us salivating at the thought of the total destruction and chaos that Crackdown 3 will bring.

Following Crackdown 2, the main reason for some fans’ disappointment was the lack of variation or advancements between Crackdown 1 and 2.

With the promise of new elements such as completely destructible environments and the “gang bites back” feature, we’re confident Crackdown 3 will deliver a much-needed breath of fresh air to the Crackdown franchise once it is finally released!