There is simply no understating how amazing of a game The Witcher III – The Wild Hunt is. It took many of the ubiquitous tropes of the modern AAA games and turned them upside down, creating an engaging and memorable experience the like of which will not be easy to replicate.

The folks over at CD Projekt Red seem quite adept at deviating from the norms and forging vast, memorable worlds filled to the brim with engaging content. Given the success of The Witcher III, it is no wonder that the company’s next game has been the subject of much hype.

So, what do we know about the next big game so far? When is it coming out? What does it look like? How will it play? Let’s find out now! 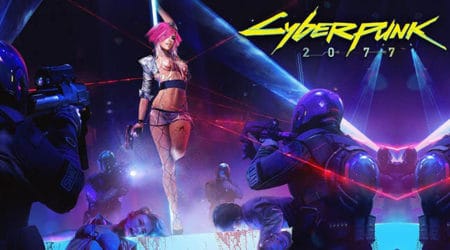 Cyberpunk 2077 was actually announced way before The Witcher III even came out, all the way back in 2012. However, the growing popularity of the Witcher series had led to the team focusing mainly on the third installment, which would end up being the biggest and arguably best entry. And now, with the Witcher series concluded, CD Projekt Red has allocated their resources both to Cyberpunk 2077 and one additional unnamed RPG.

So, what about a concrete release date?

Even after E3 and Gamescom 2018, no concrete release date has been set. The developer had previously stated that the game would come out “between 2017 and 2021”, but the latest statements indicate that they hope the game will be released this 2019. The only thing that’s certain is that they refuse to rush it, and every fan of the studio’s work will agree that that is  definitely good news, even if it means that the release date would have to be pushed all the way to 2020.

And finally, Cyperpunk 2077 will be a multiplatform release. It will be available for PC, the PlayStation 4, and the Xbox One.

While we do not know the specifics, the E3 2018 trailer shows us pretty much everything that we’d expect to see in a cyberpunk game: evil corporations, conspiracies, cybernetic enhancement, flashy futuristic technology, lots of neon lights, and crazy hairstyles.

The player will be assuming control of “V”, a highly customizable player avatar. In addition to choosing the character’s gender and the usual cosmetics such as body shape, skin tone, hairstyle etc, the player can also make several choices regarding the character’s backstory, similarly to what we’ve seen in Mass Effect.  The player’s background will affect the story, although it remains to be seen whether this will be just an optional quest chain or whether it will significantly reflect on the main story as a whole. 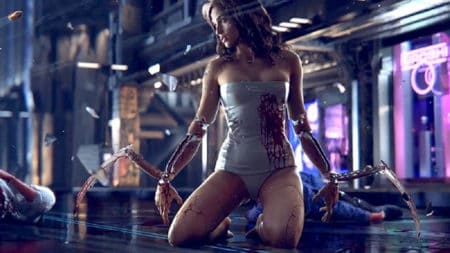 At E3 2018, CD Projekt Red had presented a gameplay demo to journalists behind closed doors, and the demo has been released to the public in late August. The demo is 48 minutes long and showcases many of the game’s mechanics, although the developers are adamant that the content of the demo is not representative of what the actual game will be like when it comes out.

For those not interested in watching the whole thing, here’s a rundown of the most important aspects of the game:

First, we have the original CGI trailer for the game that was shown all the way back in 2013. It didn’t tell us much, but it did provide some general insight into what the setting will be like.

The E3 trailer finally showed actual in-game footage, and we’ll be damned if it doesn’t look great. However, it also did raise some concerns since the game looked far too removed from the dark, gritty Blade Runner vibe that emanated from the first CGI trailer and appeared much closer to Watch Dogs or even GTA. CD Projekt Red quickly confirmed that the game would feature a day-night cycle, and they explained their choice to make the trailer take place during daytime. 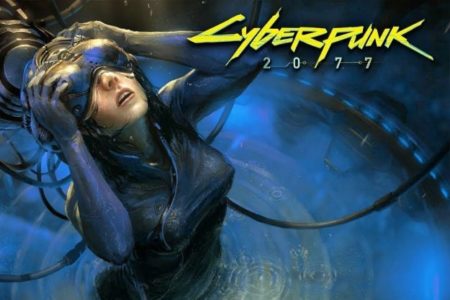 And that would be everything that we know about Cyberpunk 2077 for now. Even with all the latest updates, the game is yet far off, so CD Projekt Red will probably have some more reveals further down the line. Stay tuned for future updates!