Days Gone is an upcoming action-adventure game taking place in a post-apocalyptic setting dominated by zombies.

Yes, we can all agree that zombies have become a tired and washed-out concept over the past decade, be it in survival horror games or the more action-oriented ones. But will Days Gone be able to make zombies genuinely fun again? 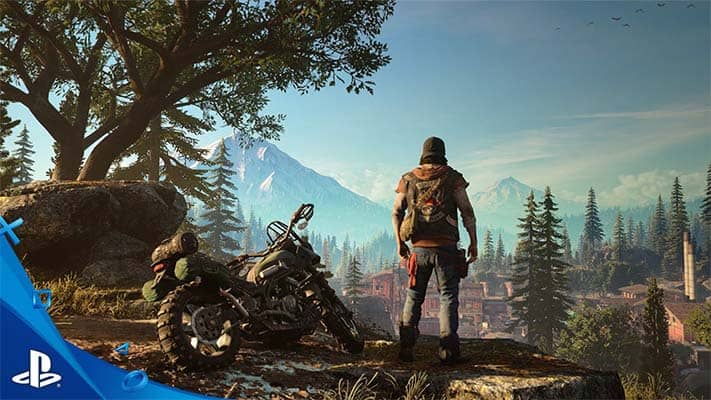 The game was originally supposed to launch in 2018, but the release date was pushed back to 2019. With the latest trailer, the exact date was confirmed to be on April 26, 2019.

It will be a PlayStation 4 exclusive, which is not much of a surprise considering that it is developed by the Sony-owned Bend Studio. This also makes a multiplatform release highly unlikely, especially if the game becomes a commercial hit.

Not much is known about the plot of Days Gone, but it’s safe to assume that it won’t be as central to the game as it was with The Last of Us. The developers seem to be focusing on providing players with a fresh and engaging gameplay system, something that we deem to be a good thing. After all, this game needs to distinguish itself from the upcoming Last of Us sequel if it wishes to avoid being overshadowed by it.

All that we know for now is that the protagonist goes by the name Deacon St. John and that he is a restless biker trying to find his way in a world ravaged by a zombie apocalypse. One more prominent character is “Boozer”, another biker belonging to the same gang as Deacon. The two seem to be on the run together, having to fend off both human enemies, zombies (i.e. “freakers”, as they’re called in the game), as well as a range of infected fauna, as the virus responsible for the outbreak seems to infect all living things indiscriminately. 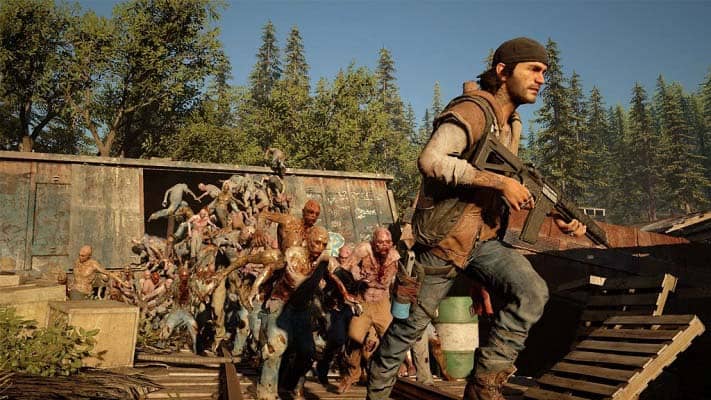 Days Gone is set in an open world and will allow players lots of freedom when it comes to choosing their preferred approach to enemy encounters. The players will be using Deacon’s trusty motorcycle to traverse the world, but other secondary vehicles will be available, too.

The most standout feature of the game are its huge hordes of freakers that the player will inevitably face, and we have to say – watching the way that they rush over the terrain and obstacles is quite a sight. However, apart from the regular “runners”, the game will also feature other types of infected enemies and non-infected humans.

When it comes to the infected, in addition to the run-of-the-mill runners, we have also seen newts (infected children which use stealth to attack), as well as two types of infected animals – wolves and bears – in the earlier trailers. The latest trailer has also shown infected mountain lions and crows, meaning that more than just mammalian fauna is prone to infection. Needless to say, this opens doors for some truly varied enemies. 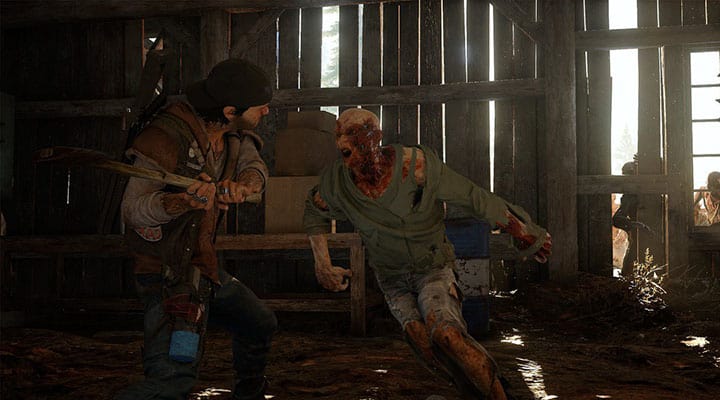 The hordes of runners may be among the most iconic and memorable representations of zombie-like enemies, but it is not their sheer numbers that make them stand out in Days Gone. Rather, it is the way that they interact with the world and the player. Ultimately, sandbox mechanics will be what makes or breaks this game, based on how well they are executed.

From what we’ve seen so far, Days Gone has all the elements that comprise a proper sandbox experience:

The original gameplay trailer for the game that showcased most of the things discussed above.

The second trailer was released a few days prior to E3 2018. It is rather short and focuses more on the story rather than the gameplay. It introduces a new deranged human faction, provides a premise for the plot, and showcases some new enemy types. 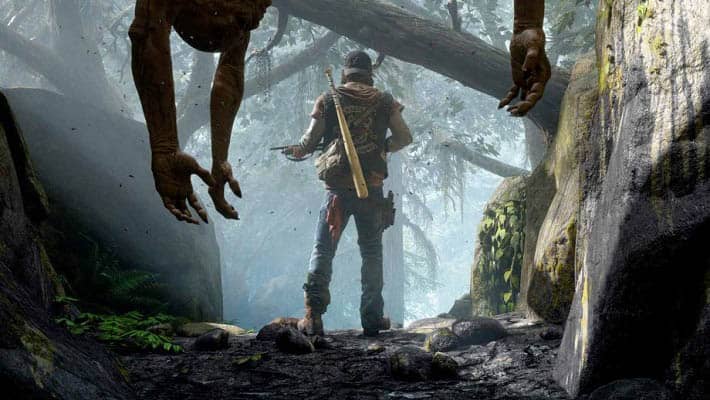 There is simply no denying that Days Gone looks totally good, both from a gameplay and technical perspective.

Granted, we were a bit skeptical of a yet another open-world zombie survival game, but considering Sony’s success with exclusive single-player titles and based on what we’ve seen so far, Days Gone is shaping up to be quite a promising experience.