Death Stranding is the next big thing coming from one of the gaming industry’s most renowned geniuses, Hideo Kojima. After his unceremonious parting with Konami, Kojima went on to work on a new IP for Sony, and this IP is Death Stranding.

This will be the first non-Metal Gear game by Kojima in a long while, and we are quite interested to see what he has in store for us this time around!

The original trailer for the game (seen above) was revealed at E3 2016, although no gameplay footage had been shown prior to E3 2018. Kojima did initially give us an estimated release date, stating that the game will be out before the Olympics that will take place in 2020, hinting that the game might be out earlier than expected.

However, no concrete release date was given at E3 2018, and the actual release date has only been revealed with the latest trailer, and it’s November 8, 2019.

Now, even though the game was originally thought to be a multi-platform release, it quickly turned out that it would be a PlayStation 4 exclusive. Seeing as how the game is funded and will be published by Sony, this does not come across as much of a surprise.

It is extremely unlikely that it will launch for other platforms, even if it is further down the road. We all know how Sony likes to keep their exclusives exclusive, and if Death Stranding turns out to be as big of a success as everyone is hoping it will be, then it would also greatly reinforce the already strong brand, serving as yet another major selling point for Sony’s consoles. 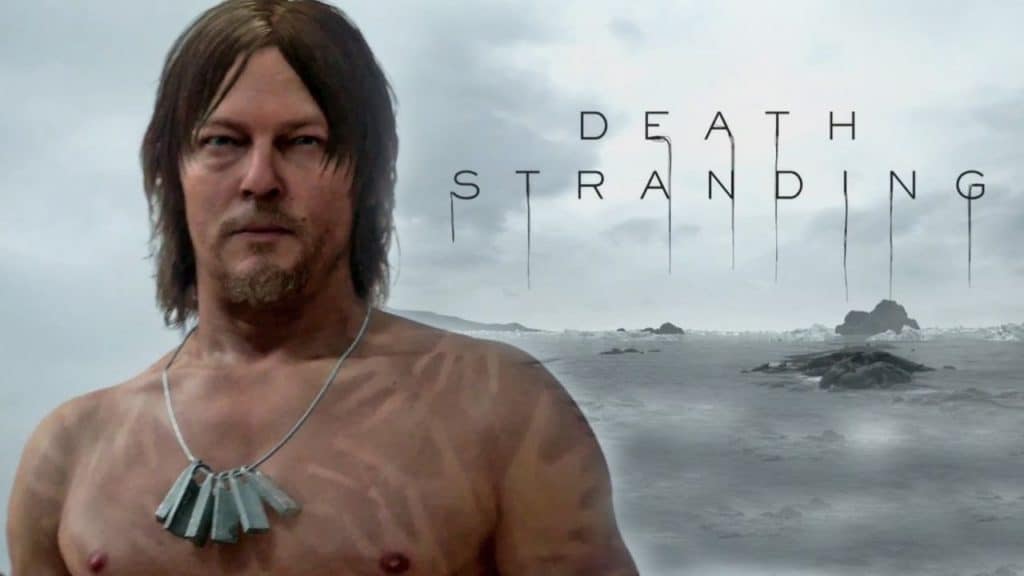 We got the first glimpse of actual gameplay footage with the E3 2018 trailer, though this trailer was mainly focused on showcasing the capabilities of the Decima engine and the beauty of the in-game world. It did, however, show a short stealth section towards the end, meaning that stealth will indeed play a big role when it comes to dealing with incorporeal enemies. Plus, it did briefly show the protagonist wielding a rifle, suggesting that combat will also definitely be a part of the formula.

Now, the latest trailer showed us some actual encounters, indicating that the game will feature both melee and ranged combat, all the while keeping stealth as a viable option. Furthermore, Sam is shown using a variety of tools designed to help him traverse the environment, implying that even the “walking sim” part of the game won’t be a walk in the park (no pun intended). Overall, it seems to be a somewhat Metal Gear-ish experience (as far as the gameplay is concerned), which isn’t a big surprise.

The only thing we don’t yet know for sure is how the online element will figure into everything. Apparently, it will most likely be reminiscent of what was previously seen in the Souls series, allowing players to leave messages, tips, tracks, or even resources that would help others overcome the game’s challenges, though it seems that there will be little to no direct interaction between players. 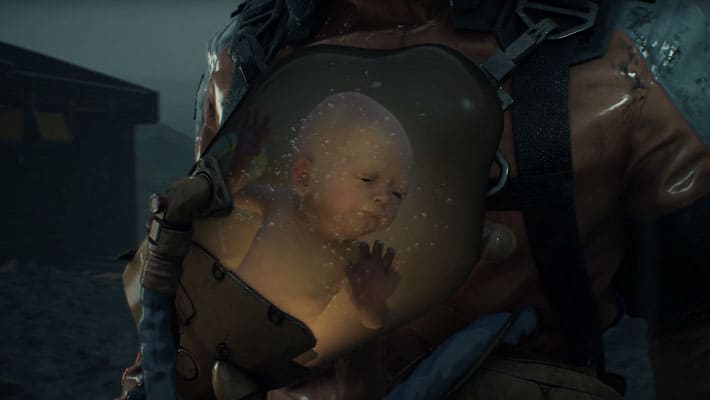 Trying to explain the story of Death Stranding (even at this point) would certainly be a futile effort. It is not difficult to see why, considering that Kojima has openly stated that even his own team did not understand what exactly he had in mind for the game and its plot.

We will provide a rundown of some of the major plot elements featured in the trailers so far, but if you’re interested in some more elaborate fan theories, we suggest checking out this article at GamingBolt or the subreddit dedicated to the game.

The E3 2018 trailer for Death Stranding offered more insight than any of the previous trailers, but it was still as weird and only marginally less cryptic! Here are the highlights from the E3 trailer:

And then, we have the latest trailer which showed us some interesting gameplay footage, some extra story snippets, and the entire main cast of the game.

That would be the gist of what we know about Kojima’s upcoming new game. It’s unlikely that we’ll get any other big reveals at this point, considering that the game launches in only a few months, but be sure to keep your eyes open for any new theories following the release of the latest trailer!