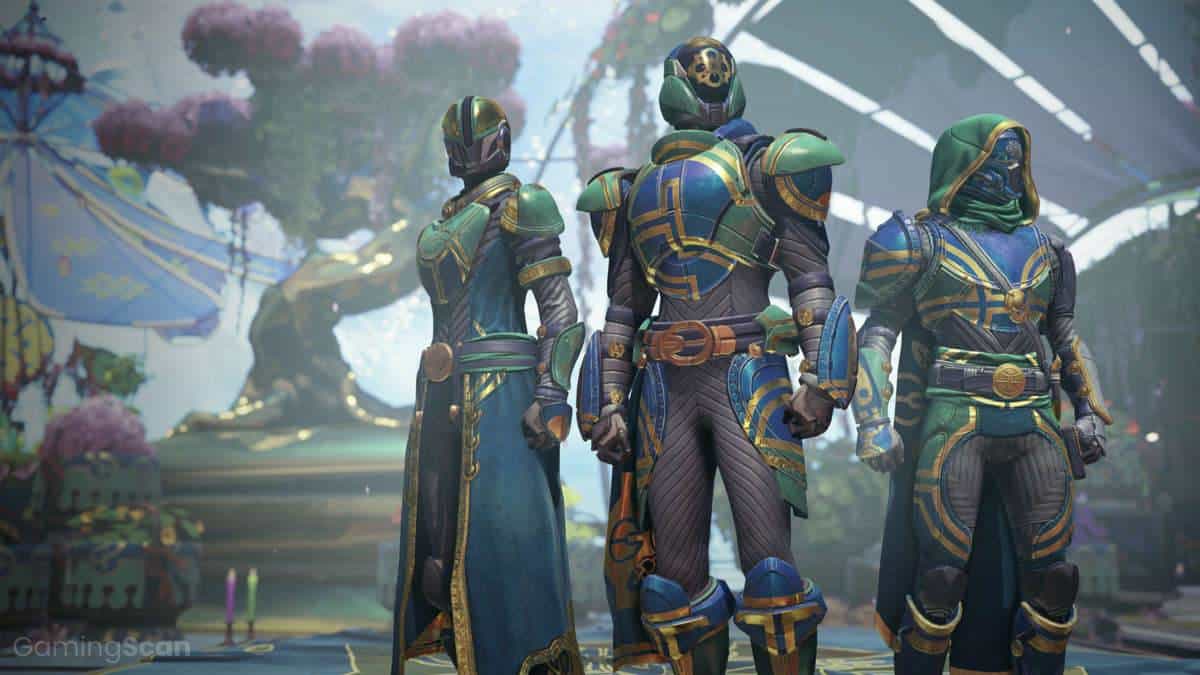 The Destiny 2 cross-save feature allows you to use the same account and characters across multiple platforms, including PlayStation 4, Xbox One, PC (Steam), and Google Stadia, after completing a quick and painless one-time set-up.

Given this is a new feature we haven’t seen Bungie implement before, there’s bound to be some confusion as to how cross-save works.

Here, we’ve listed step-by-step instructions on how to enable cross-save across all devices along with useful information regarding crossplay and Destiny 2 DLC.

How To Set-up Cross-save

To enable cross-save in Destiny 2, you’ll first need to sign in to your Bungie account at Bungie.net. Once you’re in, you’ll want to link the associated accounts for each platform you plan to play on, whether it is PSN, Xbox Live, Blizzard, Steam, or Google Stadia.

If you’re a PC player, you’ll be forced to relocate your account from Blizzard to Steam before cross-save can be enabled.

Next, you’ll be asked to specify which account you want to be your primary. This is a crucial step, as both your progress and accessible characters are determined by the platform you select.

Note: You will not be able to mix and match characters or progression between accounts, only set-up a primary that can then be accessed on other platforms.

If you’ve only been playing on one platform until now, you should be fine. However, if you have multiple accounts on PS4, Xbox One, or PC, you’ll have to pick one to be your primary.

Once that’s done, you’ll be able to review your setup and make any last-minute changes. If everything looks good, confirm by selecting “Activate Cross-Save.”

The next time you log on to play Destiny 2, you’ll be able to select one of the characters from your primary account and pick up where you were, with all your gear and loot right where it should be.

While cross-save makes it possible to play with the same account across all devices, it does come with some limitations. Here, we’ll briefly go over what you can expect.

How Does The DLC Work?

All forms of DLC, which includes expansions, the Annual Pass, and seasons, will be locked to the platform where they were originally bought from.

If you’re migrating to a platform where you only own the base game, you’ll have to repurchase any additional content.  This includes Forsaken, the Annual Pass, and the Shadowkeep expansion.

Will Eververse Purchases Transfer Over?

Any in-game Silver you’ve purchased will be locked to the account it was originally bought on, meaning you can only use it on that specific platform. However, any items you purchased in the Eververse will be made available across every platform.

Does This Affect Clans?

Each player will only be able to join a single clan while cross-save is activated, meaning whatever clan your primary account is a part of, will become active across all platforms.

Additionally, you will only be able to play with clan mates if they happen to be playing on the same platform as you.  Players will be able to see whether you have cross-save enabled by hovering over your name on the player roster screen.

How Will Achievements Work?

It’s currently unknown how cross-save will handle achievements when switching between platforms. However, it doesn’t seem likely that players will be able to convert achievements or simultaneously unlock them across all platforms.

Will There Be Cross-play?

Cross save has frequently been confused with cross-play, a feature that allows you to play with other players on differing platforms.

While you’ll be able to continue your progress when switching between Xbox, PlayStation, PC, or Stadia, you won’t be able to join or matchmake with any player not currently on your same platform.

This is something Destiny 2: New Light aims to address by making the base game a free download, thus removing a major obstacle that would otherwise prevent you from switching between platforms. However, until then, we recommend finding out which platform your squad prefers and setting up shop there.

Can Cross-save Be Deactivated?

Should you encounter any issues after activating cross save or would like to revisit characters from a different account, Bungie allows it so you may deactivate it at any time.

However, once you do, you’ll have to wait 90 days before you can enable cross-save again. Bungie says this is to ensure players are discouraged from attempting to recover another player’s account.