Home » Games » Destiny 2: Shadowkeep Expansion – Everything You Need To Know

Destiny 2: Shadowkeep Expansion – Everything You Need To Know

The upcoming months will be pivotal for both Destiny 2 and its developer Bungie, whose recent split with Activision has resulted in total control over the popular, first-person shooter MMO. Naturally, this has raised a lot of questions regarding the upcoming Shadowkeep expansion set to release in October.

Here, we’ll be breaking down everything you need to know about the update, including gameplay changes, story details, and new features. Make sure to check back as we’ll be updating this story following any announcements from Bungie.

When is Destiny 2: Shadowkeep releasing?

Destiny 2: Shadowkeep was released on October 1st, 2019, for PlayStation 4, Xbox One, and PC as a Steam exclusive. The standard edition costs 34.99 USD, while a deluxe edition that includes additional content (exclusive emote, ghost shell, emblem, and season pass) has a price tag of 59.99 USD.

The new DLC, Destiny 2: New Light, a free-to-play version of Destiny 2 that includes all Year 1 content, was launched in 2019.

What is Shadowkeep's story about?

Shadowkeep shows players returning to a familiar location after learning that Eris Morn, the Hunter who helped players defeat Crota and Oryx in Destiny 1 and who’s been spending her time post-D1 scouring the solar system in search of the Darkness, has made a startling discovery on the Moon.

The area appears to have changed a lot since the first game, and while players will be able to make out a few familiar locations, it is now three times larger than the original and has a massive, glowing chasm running along its surface.

Season of the Undying

This is a crucial part of Shadowkeep’s story as “Nightmares,” enemies from your past sent to torment you, begin emerging from the chasm. In the reveal trailer, we’re able to see Nightmare versions of notable enemies such as Crota (raid boss in The Taken King), Dominus Ghaul (final boss in D2), Omnigul (Strike boss in D1), Skolas (main villain in House of Wolves), Phogoth (Strike boss in D1), and Zydron (boss in D1).

While it’s unclear what strange force is causing old foes from Destiny 1 and 2 to resurrect, the trailer seems to suggest Eris is somehow responsible. Whatever she’s awakened is mostly related to the game’s main villain, who has yet to be revealed.

For now, we know Shadowkeep is only the beginning of an expansive season-to-season narrative Bungie is building towards, culminating with Year 3.

How will gameplay change in Shadowkeep? 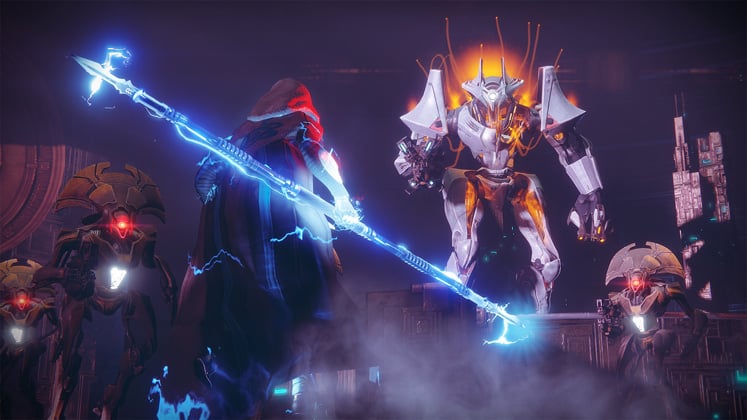 Shadowkeep introduces a number of adjustments and features to Destiny 2 which we’ll go over in detail. This includes a new raid, a new mini-raid dungeon, new and returning Exotics, a revamped armor system, new finishing moves, improvements to PVP, cross-save functionality, and the return of Artifacts, which debuted in The Taken King and haven’t been featured since. 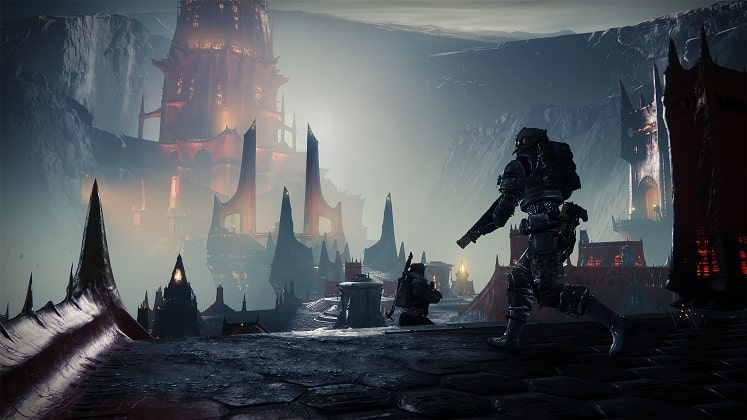 The Garden of Salvation raid’s description reads, “A signal emerges from the dark and reaches beyond dimensions, into the uncharted wilds of the Black Garden. Where it leads inside the Garden remains a mystery. One that whispers with temptation, yearning to be solved.”

It’s still unknown what the raid will entail. However, reports suggest that the Taken Vex Mind Quria could possibly act as the main villain, given its connection to Oryx’s sister, Savathun, as well the Hive.

The other notable activity added is another three-player dungeon, similar to The Shattered Throne in Forsaken. Bungie’s recent “The Moon and Beyond” vidoc confirms the mini-raid will be set deep within the Moon and see players traversing trap-littered environments as they make their way deeper into a chasm. 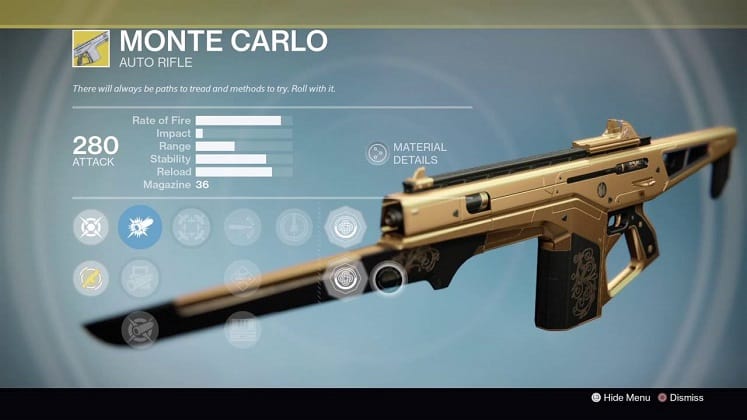 The “Out of the Shadows” vidoc has provided us with a closer look at the Exotics available in Shadowkeep. New weapons include:

The expansion will also add Exotics from Destiny 1 which players may recognize, such as: 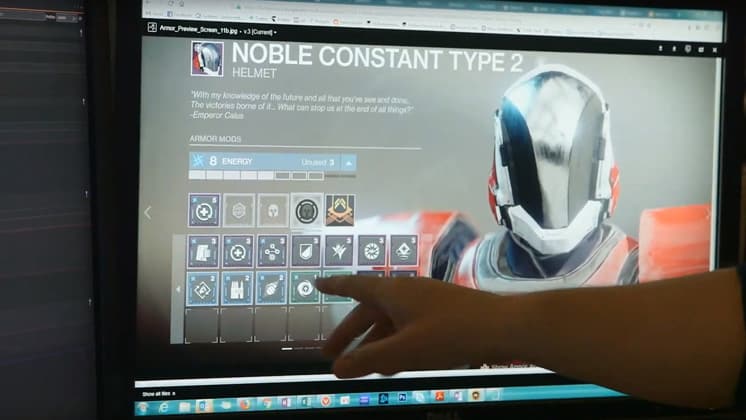 Shadowkeep marks the debut of a new revamped armor system, which Bungie is calling “Armor 2.0”. The system allows players to customize their existing armor with useful perks instead of the current set-up, which forces players to pick between aesthetics and functionality. This makes it possible to create Min/Max builds tailored for specific activities such as PvP, raids, etc.

Moreover, players are able to insert different perks into each piece of armor, with an energy cost for equipping perks. Additionally, Intellect, Discipline, and Strength stats returned to armor alongside Mobility, Resilience, and Recovery.

One of Shadowkeep’s most interesting changes is the addition of Finishing Moves, which see your character performing flashy executions on enemies close to death. We’ve seen Bungie explore Finishing Moves before in Halo: Reach, so it’ll be interesting to see how the system meshes with Destiny 2’s existing combat. Lastly, each character class has at least one exclusive Finishing Move, and players are able to purchase additional Finishers via the Eververse store.

Artifacts, special equipment that grants players additional unique abilities, also made a return in Shadowkeep; however, they serve a completely different purpose than they did in The Taken King.

They’re now seasonal items with a skill tree that can be upgraded to unlock more perks, with the benefits only lasting until the end of each Artifact’s respective season. The Artifact for Shadowkeep and the Season of the Undying is the Eye of the Gate Lord, which appears to be the same eye players took from Zydron in Destiny 1. 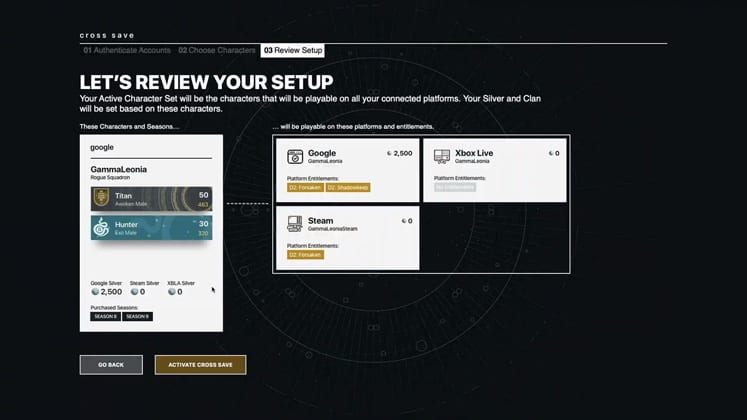 Now that Bungie has parted ways with Activision, they added a highly-requested feature: cross-saves. Not to be mistaken with cross-play, cross-save allows you to transfer a character’s stats and progress between multiple platforms.

While you won’t be able to play with your Xbox buddies on a PS4, this new feature is a more than welcome addition for players who own Destiny 2 on more than one device. Cross-save support is available starting with Shadowkeep.

The final word on Destiny 2: Shadowkeep 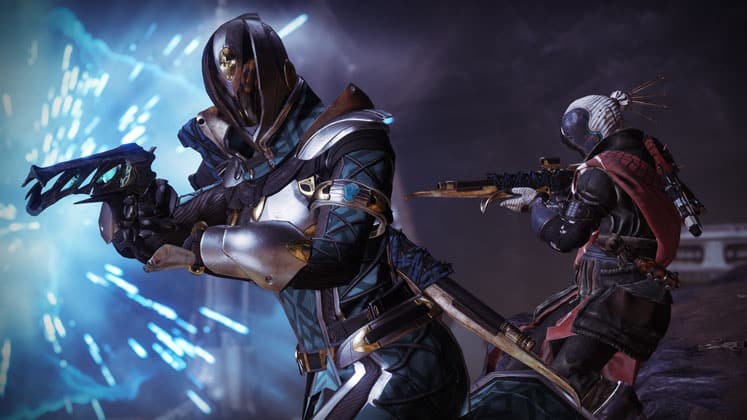 I think many would agree that both Destiny 2 the game and Bungie the developer are in much better positions today than they were under Activision’s control. While the two still have a long ways to go, the new features and changes included with Shadowkeep seem to be another step in the right direction while building upon the success of Forsaken.

We’ll be keeping a close eye on how Bungie handles the transition into a solely independent developer/publisher and keeping you updated as Shadowkeep’s October 1 launch date draws closer.

Looking for something to hold you over until Shadowkeep? Check out our curated list of the Best Games Like Destiny 2.