Detroit: Become Human is the latest game developed by Quantic Dream. This is the studio best known for their narrative-driven single-player games such as Fahrenheit (aka Indigo Prophecy), Heavy Rain, and Beyond: Two Souls.

The game is set to release on the 25th of May this year, which is just a couple of weeks away. As was the case with the previous two games by this developer, it will be a PlayStation 4 exclusive. No announcements have been made regarding a multi-platform release, so the possibility of seeing Detroit on anything else but the PlayStation 4 seems unlikely. 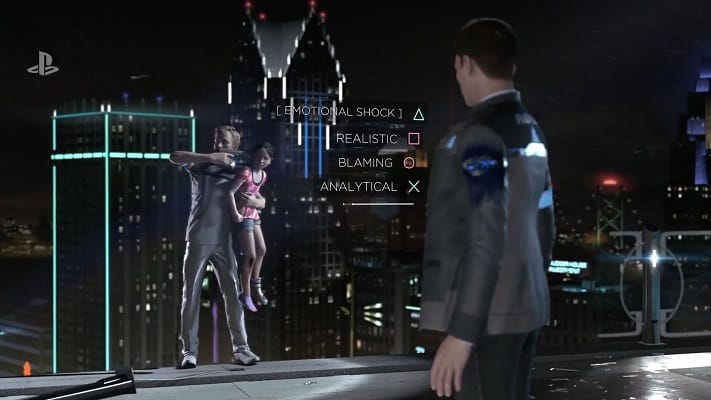 Whenever we talk about narrative-driven games, the first thing that pops into many people’s heads is a so-called “walking simulator” or an RPG. The games made by Quantic Dream, however, fit in neither of those categories.

Like their previous three games, Detroit will include plenty of action sequences, although they will hardly be open-ended, taking the form of quick-time events instead. On top of that, dialogue choices are also an important part of the game, and both will have the capacity to affect the way in which the game’s plot unravels.

Outside of NPC encounters, the player will mainly be exploring the game’s environments in a familiar old school point & click fashion – only it’s no longer really as much of a “point & click” as it is a “walk & press button prompt”.

With that said, Detroit will borrow the most of its gameplay elements from Heavy Rain, so if you’ve played that one, you pretty much know what to expect.

Remember that tech demo called “Kara” that was released all the way back in 2012? Well, the story of Detroit: Become Human actually ties directly into that trailer – androids becoming self-conscious, and the character of Kara makes a comeback as one of the protagonists.

We say “one of the protagonists” since the game will actually have the player control three different characters: Kara, Markus, and Connor. Just like in Heavy Rain, each of the characters’ fates will be intertwined and it’s not impossible for one of them to die permanently if the player makes the wrong choices.

When it comes to the plot itself, it will be dealing with themes that go well beyond just artificial intelligence. It will explore the androids’ place in human society, how said society treats those it deems inferior, as well as some much more immediate topics such as domestic abuse. 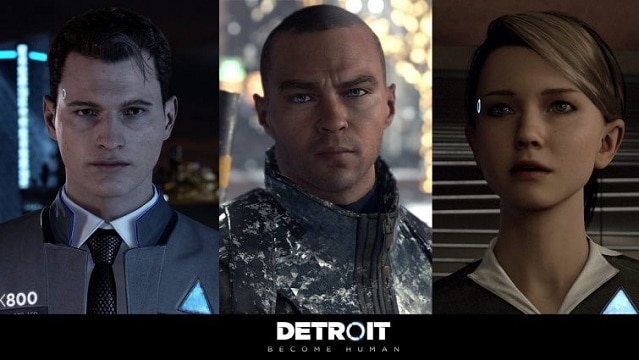 All in all, we can expect Detroit: Become Human to be an experience similar to Quantic Dream’s previous two releases. Those who appreciate narrative and atmosphere over raw gameplay will surely feel at home, but if you were never a fan of such an approach in games, then Detroit will hardly change your mind.

In the case that you’ve never played any Quantic Dream game, you can download a free demo and give it a whirl. Alternatively, you can simply watch the demo footage below.