Devil May Cry is one of the most recognizable and most iconic hack ‘n’ slash games out there. And now, after a total of ten years, Devil May Cry 5, a direct sequel to 2008’s Devil May Cry 4, has been announced at E3 2018.

So, what do we know about this upcoming release? Where is the story headed, how does the combat look, and most importantly – when can we expect to see it?

First, to get the main question out of the way – DMC 5 has been anticipated to be released on March 8, 2019 for the PlayStation 4, Xbox One, and Microsoft Windows.

As mentioned in the introduction, Devil May Cry 5 is a direct sequel that picks up several years after the events of Devil May Cry 4. It has nothing to do with the 2013 reboot that’s commonly known as DmC: Devil May Cry.

In the trailer, we see what looks to be a demonic invasion on Earth – as if that’s anything new. Soon after, we see a redesigned, short-haired Nero revving up his signature sword, the Red Queen. However, one thing seems to be off – what happened to the Devil Bringer?

Indeed, we see Nero sporting a brand new robotic arm (called the “Devil Breaker”) which was, apparently, made by the newly introduced character named Nico. Later on in the trailer, however, we see just what happened to the Devil Bringer – it was cut off. By an ominous concealed figure, nonetheless.

Now, any long-term DMC fan will immediately conclude that this individual is none other than Vergil. After all, during the events of DMC 4, Nero’s arm did absorb Vergil’s sword – Yamato. With that in mind, it is only natural to expect that Vergil would seek to reclaim it.

Although, this could very well be a just an intentional misdirect by the developers who are counting on everyone to make this assumption. In truth, this hooded character could be someone else that we’re already familiar with, or a new character entirely. 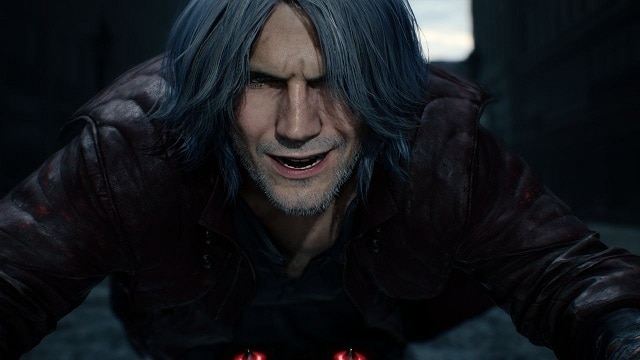 At the end of the Nero-centric trailer, we see an aged-looking Dante riding a demonic motorcycle and… well, being Dante. We see nothing more of him in the trailer, but we can rest easy knowing that he will indeed be playing a part in the upcoming game. 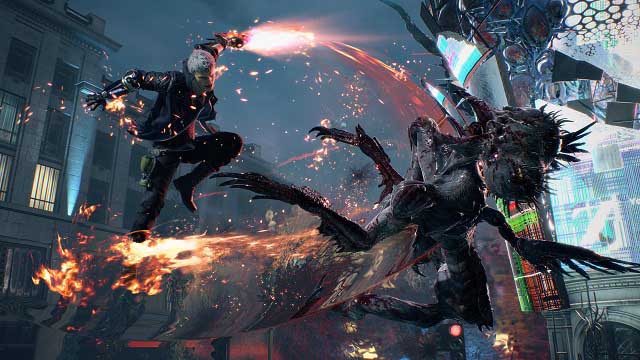 Judging by what we’ve seen in the trailer, DMC 5 will borrow heavily from DMC 4, as far as Nero’s Devil Bringer mechanics are concerned. He is still shown to be able to use his new arm to similar ends: grabbing enemies from a distance, delivering powerful grab attacks, and now, using bursts of electricity to cause damage. There will undoubtedly be additional abilities that we haven’t seen in the trailer.

Something that fans will find more interesting, though, is the fact that Capcom has confirmed there will be three playable characters. Nero is certain to be the first, and Dante’s brief presence in the trailer indicates that he will most likely be the second. As for the third, it could very well be Vergil, but we’ll just have to wait and see who the third character is. Needless to say, having three distinct characters with different playstyles will absolutely affect the game’s replayability in a positive way. 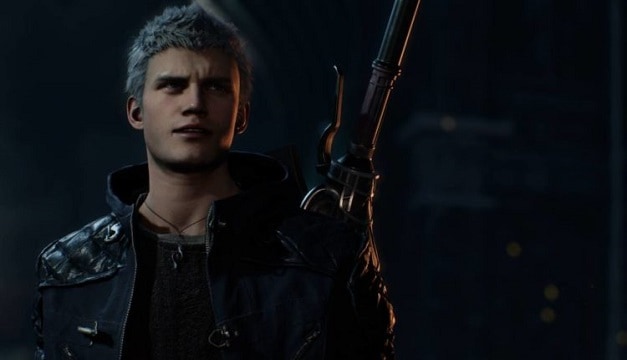 All in all, we are extremely excited to see the series return to the real Devil May Cry. Sure, the reboot was a good game in its own right, as far as mechanics are concerned, but the overall theme and the departure from the classic, recognizable DMC aesthetic both failed to impress the die-hard fans, all the while also failing to make the game particularly memorable for new ones.

The director of DMC 5, Hideaki Itsuno, has told IGN that we’ll get more info at Gamescom 2018, so stay tuned for more updates!