You could argue that Fire Emblem fans have been spoiled recently when it comes to receiving new entries in the long-running tactical RPG series. In the last few years we’ve seen Nintendo take advantage of the 3DS’s huge install base by releasing three new Fire Emblem games on the handheld system.

First there was Awakening in 2013, which breathed new life into the franchise, then Fire Emblem Fates in 2016, which was well-received by both critics and fans, and lastly 2017’s Fire Emblem Echoes: Shadows of Valentia, a remake of the 1992 Famicom title Fire Emblem Gaiden.

Now in 2019, Nintendo has plans to release a new mainline Fire Emblem game, this time ditching the 3DS in favor of the Switch. Although a February Nintendo Direct provided us with a lot of details, there are still some questions the big N hasn’t answered.

So we’re here to cover everything you need to know about Fire Emblem: Three Houses, including story and gameplay details, as well as popular theories circulating online. We’ll be updating this story in the future with new information, so make sure to check back.

Nintendo first announced that a new Fire Emblem game was in development for the Switch in January 2017 during a Nintendo Direct. The game would go on to be delayed following an E3 2018 presentation.

In a February 2019 Direct focused on the upcoming game, Fire Emblem: Three Houses was given a release date for July 26, 2019. It’ll be the sixteenth main title in the series and, launching exclusively on the Switch, the first home console FE game since 2007’s Radiant Dawn. Koei Tecmo is co-developing the game alongside series veteran Intelligent Systems.

Three Houses is currently available for preorder, with a Seasons of Warfare Edition that includes a sound selection CD, an art book, a calendar, and a steelbook case with a copy of the game. 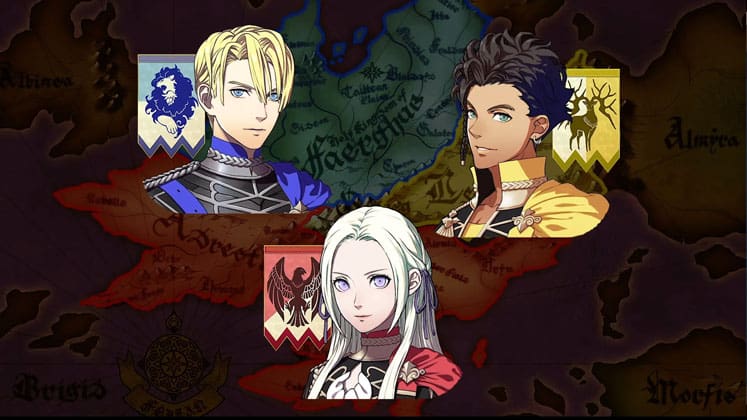 Three Houses takes place on the continent of Fódlan, which is divided into three rival nations: the Adrestian Empire, the Holy Kingdom of Faerghus, and the Leicester Alliance. At the center of Fódlan is the Garreg Mach Monastery, a neutral territory that’s home to both the Church of Seiros and the Officer’s Academy. The game’s title refers to the three houses of the academy:

The game has you playing as either male or female and taking on the role of a young soldier being mentored by their father, Geralt. Eventually, you’re given a chance to become a professor at the Officer’s Academy and train up-and-coming soldiers. Once you’ve accepted the position, you’ll be asked to align yourself with one of the three houses and attempt to lead them to victory against the remaining two. 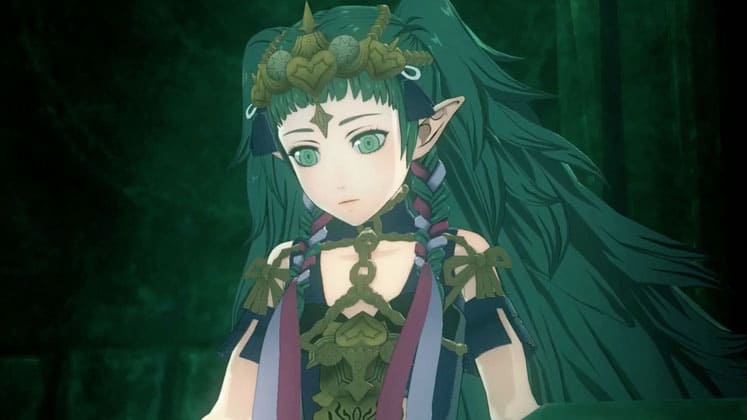 The story set-up is reminiscent of Harry Potter and the new school setting is a nice change of pace for the series. We’re fully expecting to form close relationships with students only for them to die horribly in battle thanks to permadeath.

Aside from sending minors to meet their untimely demise, your character has frequent visions of a mysterious, green-haired girl named Sothis who offers you cryptic messages about the future. This will no doubt play a larger role as you progress through the game and overlap with the main story at some point. 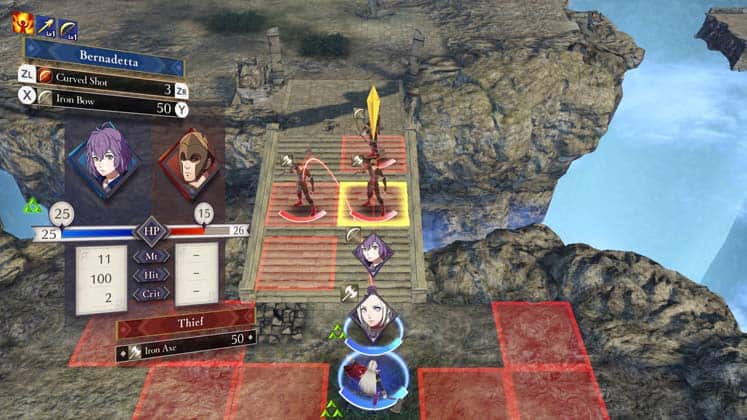 The game maintains the turn-based combat the series is known for and has you guiding soldiers across a grid-like battlefield. You’ll move all your units, perform any actions, then end your turn and watch your enemy carry out theirs. The game features the option to rewind time and redo a previous turn a limited number of times, with the possibility of increasing the limit as you progress further.

Fire Emblem: Three Houses will have two modes and two difficulties that players will pick from at the start. Classic mode features permadeath while Casual mode allows you to keep playing with characters even if they fall during battle. Normal is the standard difficulty while Hard features more challenging enemies.

Combat will follow the series’ staple “Rock-Paper-Scissors” formula, with both weapon durability and ‘Weapon Arts’ making a return. Unlike previous games, characters will be able to swap to a variety of classes after passing a ‘Certification Exam’. Changing classes won’t affect which weapons a character can use, doesn’t reset their level, and can be switched back at any time to a previous one.

Students aren’t locked to a specific skill and can learn anything; however each one will have their own strengths and weaknesses. Students can learn to use new weapons by improving the level of different skills, which are: 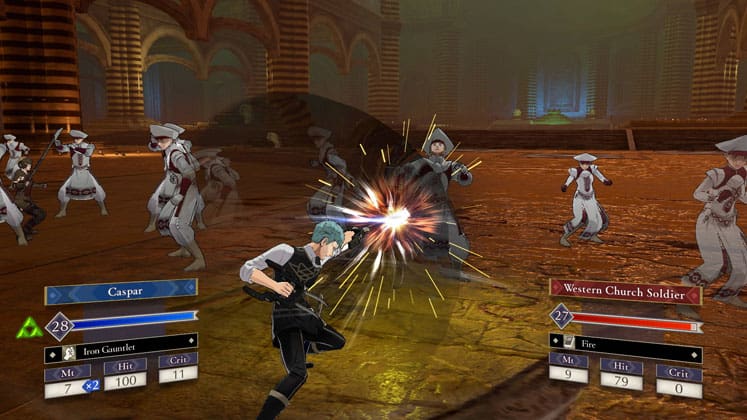 You’ll also have the power to make students work together, which increases their bond and strength on the battlefield. This has led many to wonder whether or not Three Houses will feature any romance mechanics, which first debuted in Fire Emblem: Awakening. Perhaps this new pairing system is the latest iteration of the feature, or completely separate and your character will still be able to romance other professors.

Outside of battle, you’ll be able to freely roam the Academy’s campus and meet with students in order to strengthen your own bond with them. Students may ask you for advice with problems they’re having, which is done by selecting from multiple options.

The game also features calendar and time systems that dictate how long students can train before becoming tired as well as their scheduled activities. You’ll also have to take students’ moods into account since a stressed out pupil is likely to be less effective in battle.

Three Houses also includes some quality-of-life improvements for its UI. The overhead battlefield camera can now be zoomed in, at which point players will be able to see individual characters are now accompanied by soldier battalions. You’ll also be able to see red lines that indicate which of your units your enemy plans to target on their next turn. 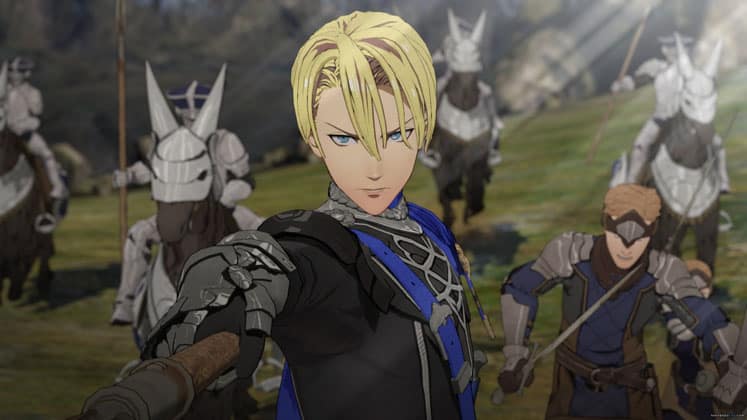 The Switch has allowed Nintendo to give their most beloved IPs major graphical and technical upgrades, which simply weren’t possible on the 3DS or even the Wii U. Fire Emblem is the latest series to get the Switch facelift and we’re excited to see what Koei Tecmo and Intelligent Systems have cooked up. All we can do now is wait until Three Houses releases later this year.

If you’re excited for Fire Emblem: Three Houses and own or are planning on picking up a Switch, make sure to check out our list for the Best Upcoming Switch Games to Play in 2019.