When Ubisoft released Ghost Recon Wildlands in March 2017, it was clear they had plans to take the tactical shooter in a different direction than previous entries in the series. Now with Ghost Recon Breakpoint, a direct sequel to Wildlands, developer Ubisoft Paris has been hard at work adding new features to make it stand out from previous iterations.

Here, we’ll be going over everything you need to know about the upcoming title, including story and gameplay details as well as popular rumors circulating online. We’ll be updating this story in the future with new information, so make sure to check back.

Ghost Recon Breakpoint is slated to release on October 4, 2019, for Xbox One, PS4, and PC as an Epic Games Store exclusive. It will also be added to Ubisoft’s new Uplay+ gaming subscription service, with subscribers able to start playing before the game’s official release date.

Ubisoft is reportedly in talks to enable cross-play support across all platforms, however, nothing has been confirmed. Breakpoint is currently available for pre-order via Standard, Gold, Ultimate, and Collector Editions, with anyone who pre-orders gaining access to the game’s beta test.

Breakpoint takes place in the year 2023, four years after Wildlands. The game ditches the most recent setting, Bolivia, in favor of Auroa, a fictional archipelago located in the Pacific Ocean and owned by billionaire philanthropist Jace Skell. Skell will play a pivotal role in the game’s story, as he’s both owner of Auroa and founder of Skell Technology, a company that produces drones for commercial use and has secretly been developing new technology for the US military.

Skell purchased Auroa with the intention of turning it into a technological hub for drone and AI research and development, taking full advantage of the island’s geographically-isolated position. Auroa is comprised of separate biomes including forests, deserts, beaches, jungles, and active volcano sites. 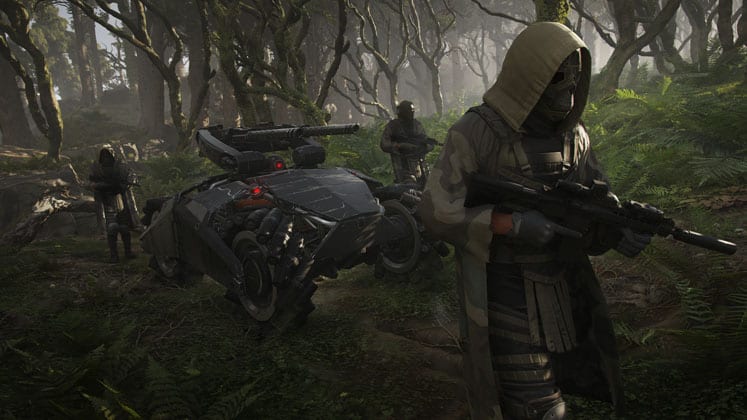 You’re sent to Auroa for what appears to be a standard recon mission. However, you soon discover that there’s a bigger, unknown threat stalking the island after your helicopter is shot down. That threat reveals itself as the Wolves, a deadly former US military unit gone rogue led by your former ally, Colonel Cole D. Walker.

The Wolves are stronger than any enemy you’ve ever faced, having gone through the same training and challenges as you. Additionally, they’ve managed to secure some of Skell Technology’s prototypes and are now equipped with the world’s most advanced combat drones.

Left injured and isolated, you’re tasked with braving Auroa’s harsh environments while forming new alliances and trying to prevent Walker and the Wolves from carrying out their sinister plan.

Ghost Recon Breakpoint Gameplay – What Could Be Changed?

The biggest changes to gameplay stem from the addition of new survival and injury systems. Auroa’s map is about the same size as Wildlands’ but features more dynamic terrain such as dense forests with steep hills and thick, muddy swamps that can be dangerous but also useful in battle.

For example, falling from a great height may cause you to be injured, resulting in slower movement and aim speed until you recover; at the same time, lying on the ground and covering yourself in mud provides you with camouflage, reducing enemy detection.

Injuries you acquire will accumulate if not addressed and can affect your physical abilities. Other survival mechanics include fatigue, hunger, dehydration, and sleep. While their inclusion is intended to add a sense of realism and challenge to the game, Ubisoft Paris has taken measures to ensure these systems don’t ever feel like chores and will allow players to opt-out completely on lower difficulties. 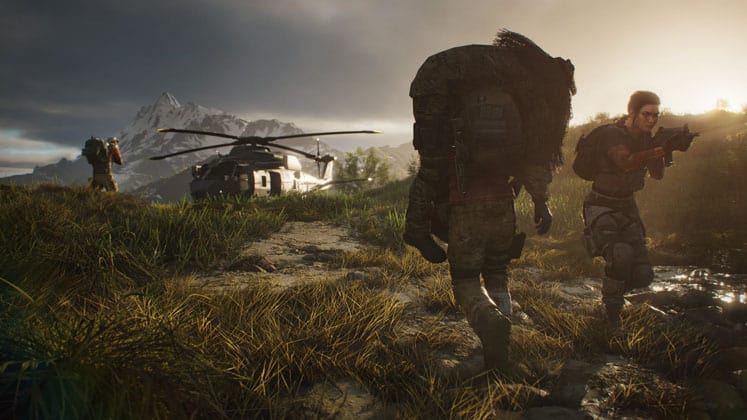 If you decide to take on all of Breakpoint’s new challenges, you’ll find plenty of tools for developing an effective strategy for survival. For one, the game now features a camp where players can change classes, equip new weapons and attachments, craft items, heal from injuries, and more.

Additionally, there have been some improvements to online multiplayer, with Breakpoint allowing you to play its entire campaign with a team of four players, or solo without any AI teammates. Crafted items can now be transferred between players and should one of your teammates be critically-injured, you can now carry them to cover or to a helicopter for extraction.

Like we hinted at earlier, Breakpoint will feature classes which can be changed at any point by visiting your camp. There are currently four known classes, however, Ubisoft Paris has plans to add more. They are Assault (DPS), Sharpshooter (long-range specialist), Panther (stealth ops), and Field Medic (healing) with each having their unique abilities, equipment, and special ammo types. 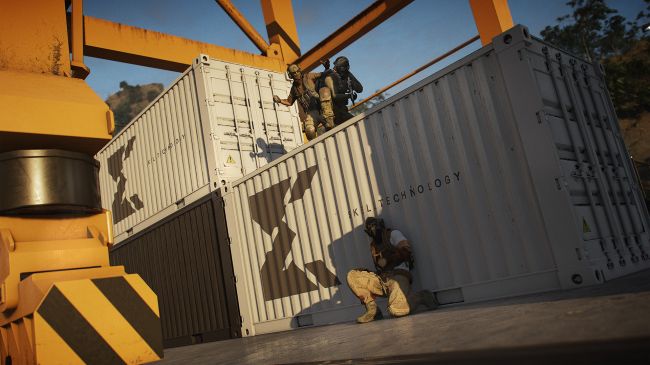 Breakpoint will introduce a new 4v4 ‘Ghost War’ mode that blends standard Team Deathmatch with elements of Battle Royales. In it,  two teams go head to head and attempt to rack up the most kills while also paying attention to the map’s shrinking perimeter.

While most BRs grant players the luxury of being able to hide and wait out firefights between other players, Ghost War’s two-team structure adds a stronger sense of pressure to actively communicate and strategize with teammates. Thankfully, Ghost War is taking a few cues from BR heavy-hitters like Fortnite and Apex Legends by including a pinging system that allows you to mark items and enemies for your squadmates to see. 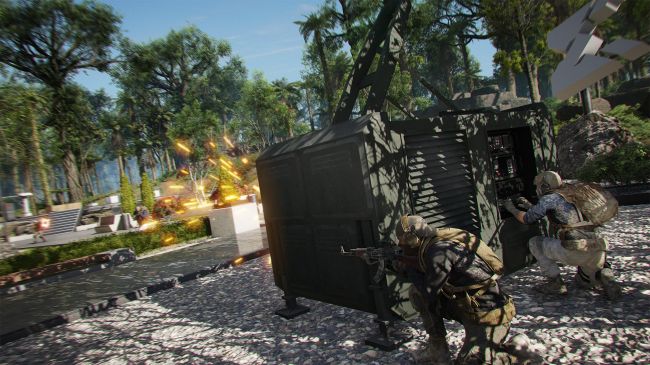 Ubisoft has started revealing plans for supporting Breakpoint post-launch, starting with “Operation Greenstone,” which will receive a new episode approximately every four months. Each episode will include hours of additional story content, gameplay rebalancing, QoL improvements, and much more: 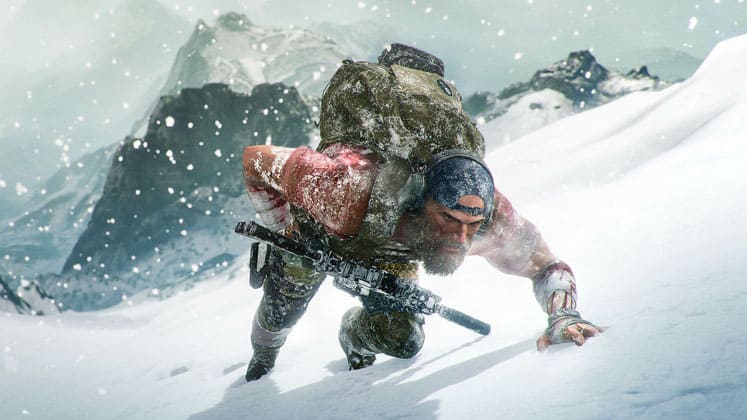 The announcement of Ghost Recon Breakpoint comes at a time when many Ubisoft properties seem to have become stagnant. While Wildlands may have not lived up to the lofty expectations set out by the French publisher, Ubisoft Paris’s next game feels a lot more promising.

The addition of new survival and injury systems, as well as refinements based on feedback from the community, shows how dedicated the studio is to improving and working with players to ensure Breakpoint has a bright future ahead of it.

Whether these changes will be enough to hold players’ attention and attract a wider audience is yet to be seen. However, we’re excited to experience everything Breakpoint has to offer when it releases later this year.

If you’re excited about Ghost Recon Breakpoint and want to learn about similar titles, check out our list for the Best Upcoming Open-World Games of 2019