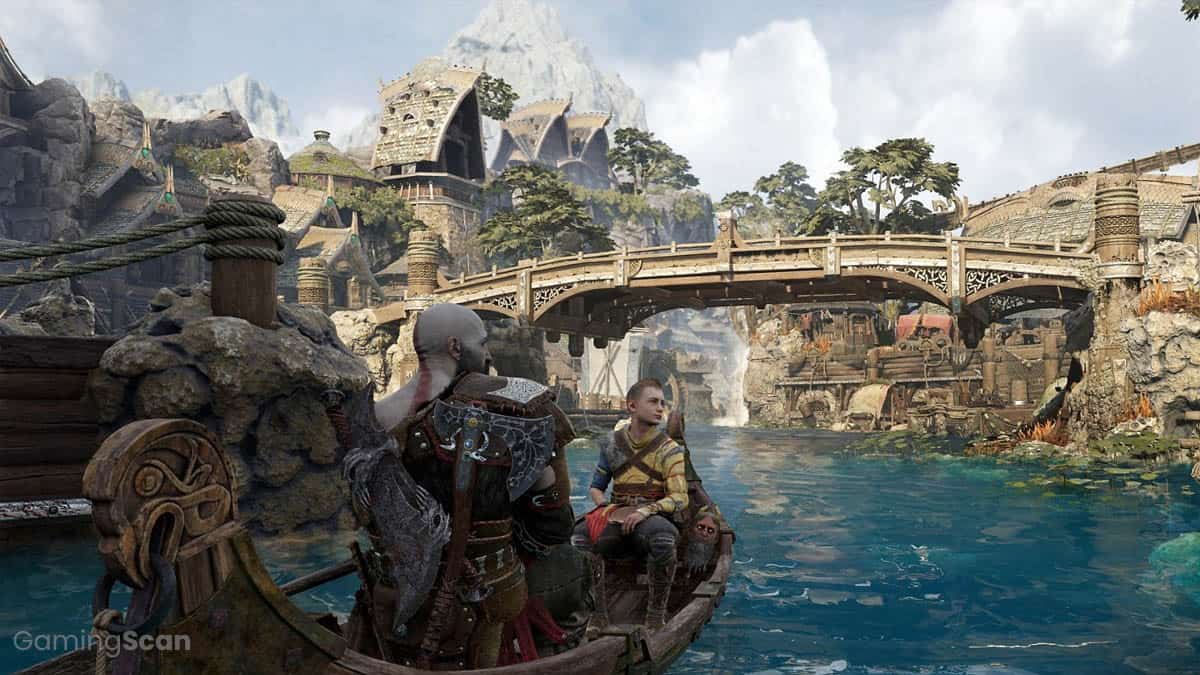 Ragnarök is coming. Are you ready to ride to your death on the way to the gates of Valhalla?

Everything you need to know about God of War: Ragnarök is included here, including the release date and other news.

Since 2005, Santa Monica Studio, the developer of the game, has been releasing God of War titles that are primarily PlayStation exclusives.

Its next entry for the God of War series, God of War: Ragnarök, was announced in 2020.

Let’s go over everything that we currently know about the much-awaited sequel of the critically-acclaimed God of War (2018), God of War: Ragnarök.

Following a delay in the initial release window set in 2021, the release date of God of War: Ragnarök is in 2022.

The official website states that the game is set to release on the PlayStation 4 and the PlayStation 5. Rumors among the community say that a PC port of the game might follow after just like the recent release of God of War and other PlayStation exclusives on PC.

However, Cory Barlog, the creative director of Santa Monica Studio, stated that he has no idea whether a PC port of the game will come. Furthermore, he added that it depends on a lot of variables such as time, enjoyment of the players, and future plans.

Ultimately, Balrog said that the decision rests on Sony.

Sony will offer a digital upgrade option for God of War: Ragnarök from a disc or digital PS4 game to the digital PS5 version for an additional cost, as stated on the official website.

On the official PlayStation website, major gameplay previews of the upcoming game are featured.

Kratos and his son, Atreus are tasked to go on a journey throughout each one of the Nine Realms. They are in search of answers to prepare for the battle that is foretold to end the world.

Kratos and Atreus are met with trustworthy allies along with fearsome enemies across the realms. Enemies are in form of gods and monsters from Norse mythology. As the world’s doom, Ragnarök, comes closer day-by-day, both of them face the decision between choosing their own safety or the safety of the realms.

Aside from screenshots of the gameplay, information from the official website also showcase the key features of the upcoming God of War: Ragnarök. The main storyline revolves around Kratos and Atreus looking for answers trying to understand the prophecy of “Loki” and the coming of the world’s end, Ragnarök.

Weapons of war, specifically the Leviathan Axe, the Blades of Chaos, and the Guardian shield come back with new and improved abilities for Kratos and his son, Atreus. Kratos’s deadly skill that originated all the way from Sparta is put to the test trying to protect his family.

Both of them, as they venture throughout the Nine Realms, face a multitude of enemies that will take various forms such as creatures, gods, and monsters. Along the way, allies of all sorts are also welcomed.

A reveal trailer for God of War: Ragnarök was also launched at the PlayStation Showcase 2021. It displays a mix of gameplay and in-game cinematics. Furthermore, it shows both crisp highlights of Kratos and Atreus venturing to look for answers before Ragnarök comes.

Here is the reveal trailer:

As seen in the video, the cinematic scenes, travel gameplay, and fight sequences are primarily taken using a PlayStation 5.

The God of War franchise released its first title, God of War, on the PlayStation 2 in 2005. It was developed by Santa Monica Studio under Sony’s brand.

The series has become a flagship title for Sony’s PlayStation. Eight titles have already been released and the 9th, God of War: Ragnarök, is currently in development.

The game, based in ancient mythology, follows the protagonist, Kratos, trying to avenge his family. Kratos is a Spartan warrior equipped their fierce and brutal training. He goes on to plot his revenge against Olympian gods with the intention of killing them.

Greek mythology is the theme of older God of War titles. On the other hand, the newer releases are based on Norse mythology. God of War: Ragnarök features Odin, Thor, Loki, Balder, and Freyja among the Norse gods that Kratos will encounter.

On the other hand, the head of PlayStation Studio, Hermen Hulst, acknowledged and confirmed the delay in the initial release of God of War: Ragnarök in 2021. He stated in an interview that the reason for the delay is to give the team at Santa Monica Studio more time due to the pandemic.

The pandemic disrupted the timeline of Sony to release both of their immense, narrative-driven games: Horizon Forbidden West and God of War: Ragnarök in 2021.

Hulst said that God of War: Ragnarök was pushed to 2022 to allow Santa Monica Studio to deliver an amazing game that all will want to play.

As of now, that is everything the news and updates about the long-awaited sequel God of War: Ragnarök.

All information in this article will be updated when new announcements about the game come out. Tune in for more!

The Wolf Among Us 2 Release Date, Gameplay, Trailer, And News
Related Topics Tags