The Galar region is home to a plethora of new and exciting Pokémon, which have never been seen outside of Pokémon Sword and Shield.

Many of them feature striking designs, introduce new typing combinations, and require certain conditions to be met before they can evolve.

Among these Pokémon is Farfetch’d, a Normal/Flying-type introduced in Gen 1 that was fortunate enough to receive a new Galarian regional variant this generation along with a new Fighting-type evolution.

In this guide, we’ll be sharing detailed instructions for obtaining Galarian Farfetch’d and evolving it into Sirfetch’d.

If you would like more Pokémon Sword and Shield tips and tricks, analyze the following recommendations:

Where To Catch Farfetch’d

Your biggest obstacle to evolving Farfetch’d is finding one to catch in the first place. This is because it only appears in one version of the game and has a painfully low chance of spawning. However, if you are not able to get one through trading, head to one of the following areas in Pokémon Sword and try your luck:

How To Evolve Farfetch’d Into Sirfetch’d

Farfetch’d will only evolve into Sirfetch’d after landing three critical hits during a single battle. In order to maximize your chances of meeting the required amount, we recommend you complete one or more of the following tasks:

Note: You can also have your Farfetch’d battle while holding a Leek, an item that is specific to the Pokémon and boosts its critical-hit ratio. However, it can only be gained  by catching a Farfetch’d that happens to be holding one. 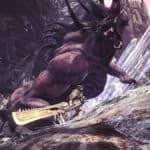