Pokémon Sword and Shield Guide: How to Evolve Galarian Yamask

In addition to 81 new Pokémon to battle, catch, and train in Pokémon Sword and Shield, the 8th generation of the popular creature-collecting RPG sees the return of Pokémon from previous games, many of which have been granted new Galarian forms. These region-exclusive variants feature new designs and possess different typings, abilities, and learnable moves than their counterparts.

One such Pokémon is Yamask, a Ghost-type creature resembling a shadow which can be seen holding a mask representing its previous human form long ago. Introduced in Pokémon Black and White, Yamask evolves into the Ground/Ghost-type Cofagrigus starting at level 34. However, Sword and Shield’s Galarian Yamask turns into Runerigus after specific conditions have been met.

In this guide, we’ll be sharing detailed instructions for catching Galarian Yamask and completing the necessary steps for evolving it into Runerigus. If you would like more general tips and tricks for getting started in Sword and Shield, check out our Beginner’s Guide for everything you need to know about the Galar Region.

How to Catch Galarian Yamask 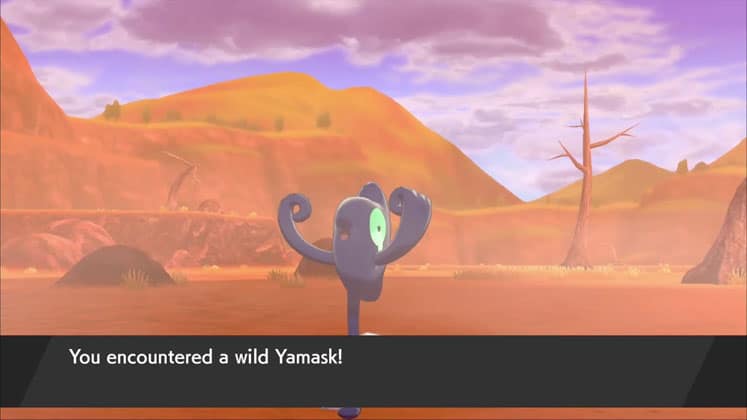 Yamask isn’t especially difficult to find, appearing in both Pokémon Sword and Shield. It will spawn in the overworld, making tracking one down extremely convenient. To catch one, simply head to the following area:

Note: Galarian Yamask can also be encountered in Max Raid Battles throughout the Wild Area at Den #17 (Dusty Bowl), Den #43 (Giant’s Mirror), Den #47 (Watchtower Ruins) and Den #52 (Bridgefield). Its spawn rate varies from 20% – 35% depending on which Den you’re targeting. 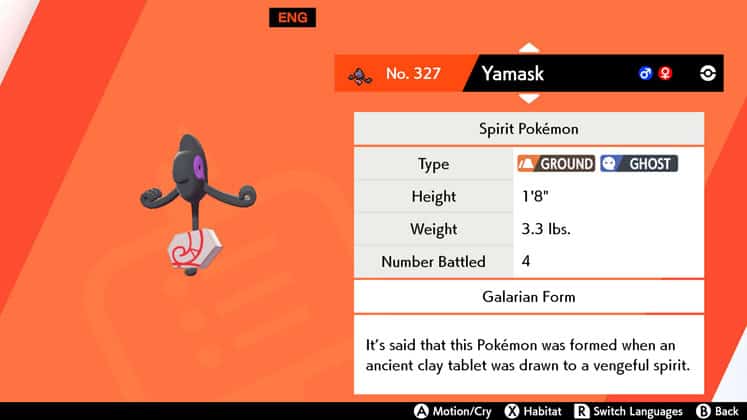 Catching Yamask is very straightforward but if you’d like some general tips for catching Pokémon, consider the following: using a Quick Ball on the first turn of the battle will give you the greatest chance of catching Yamask without risk of fainting it.

Additional options include using a Level Ball if your Pokémon out-levels Yamask by a significant amount or a Repeat Ball if you’ve caught one before; however, a standard Pokéball should work just fine.

How to Evolve Galarian Yamask into Runerigus 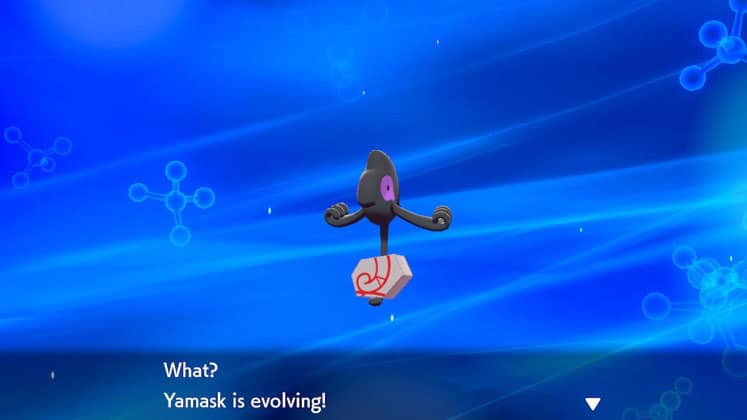 In order for Galarian Yamask to evolve into Runerigus, you will first have to let it take at least 49 damage in battle before heading to a precise location in the Dusty Bowl region of the Wild Area. The level of your Galarian Yamask doesn’t matter as long as it has enough health to survive after losing 49 HP.

If you’re finding it difficult to take the right amount of damage without Yamask fainting, consider battling in routes where Pokémon spawn at the same level as your Yamask.  Once you’ve gotten close to losing 49 HP, simply hit up one of the earlier routes such as Route 2 where weaker Pokémon spawn for minimal damage.

Note: Damage caused by weather hazards such as sandstorms of hailstorms will not count towards the required 49 damage and must come directly from another Pokémon. 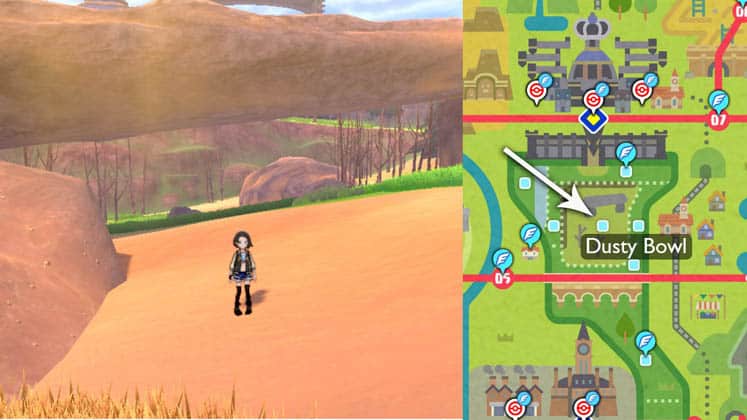 Travel to the Dusty Bowl

After you’ve managed to reduce Yamask’s HP, make your way to the Dusty Bowl region in the Wild Area. With Yamask still in your party, run under the stone-arch in the Dusty Bowl in order to trigger its evolution cutscene. Your Yamask will now evolve into the Ghost/Ground-type Runerigus.

Note: You can also obtain a Unovan Yamask by trading a Galarian Yamask to a child wearing an Eevee outfit in the Ballonlea Gym. Upon receiving, the Pokémon will be at level 36, meaning you only have to level it up once for it to evolve into Confagrigus.