Pokémon Sword and Shield see players exploring an entirely new region jam-packed with familiar creatures from previous games as well as new ones exclusive to Galar.

Among these new Pokémon are Fossil Pokémon, which battle and behave just like regular Pokémon, but require the player to find fossils before they can be revived.

The concept of Fossil Pokémon has existed in Pokémon games from the very beginning. However, Sword and Shield introduces a few changes regarding how they’re brought to life. Most notably, players can no longer revive a Fossil Pokémon with only one fossil but will have to combine two fossils to create one of four possible combinations.

In this guide, we’ll be covering where fossils can be found, how to revive Fossil Pokémon, and providing a list of every possible combination in the game.

How To Find Fossils

There are a total of four fossils that players can collect: Bird, Dino, Drake, and Fish. The Bird and Dino fossils appear more frequently in Pokémon Sword, while the Drake and Fish fossils are easier to find in Pokémon Shield. There are two different ways to obtain fossils:

How To Revive Fossil Pokémon

After acquiring at least two different fossils, you’ll be able to revive one of the four Fossil Pokémon by visiting the Professor located on Route 6. She’ll ask you which fossils you’d like to combine, at which point you’ll select two fossils from your bag.

Keep in mind that the Professor will only revive a Fossil Pokémon if you have at least one pair of compatible fossils in your inventory. Otherwise, she’ll just share some information about Fossil Pokémon.

Here is a list of all the possible Fossil Pokémon combinations in Sword and Shield along with their required items: 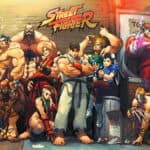