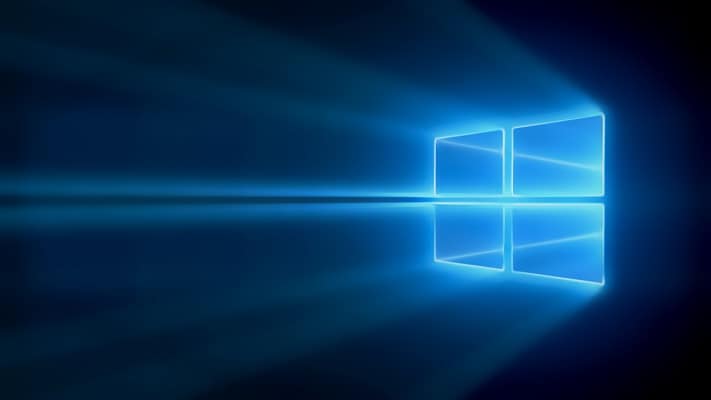 Windows 10 is the most popular operating system when it comes to gaming, and there’s no doubt about that. The selection of games released for Linux is quite limited, and Macs rarely have the graphics processing power required to run any serious AAA title today.

Unfortunately, Windows 10 is not without its faults. It is notorious for its occasional crashes, frequent and forced updates, as well as the fact that it slows down significantly over time.

This slowdown is a subject of much annoyance among gamers who have to deal with slow load times, even slower boot times, and various other problems.

In this guide, we will be giving you some tips on how to optimize Windows 10 for gaming and eliminate (or at least minimize) those pesky issues once and for all.

Speeding Up The Boot Time

Windows always boots up at seemingly lightning-fast speeds after a fresh installation, but within a couple of months, it slows down to a crawl for apparently inexplicable reasons. But are they really?

The main culprit behind slow boot-up times are programs that are scheduled to run on startup. There could literally be over a dozen unwanted programs slowing your computer down.

Some of these might have been installed automatically, with only a few of them having asked you for permission to run on startup. On the other hand, you might have enabled some of them yourself because they are programs that you commonly use.

Whatever the case, here’s how to clean up the startup queue and give the Windows 10 boot times a boost!

Here, you can see every program that is scheduled to run on startup. The tab also displays some additional details about each program, whether they will or will not run on startup, as well as how much of an impact they make on the speed of the startup process.

Disabling a program is as easy as selecting it and choosing the Disable option in the lower right corner. To best optimize your startup times, it is best to simply disable all but the non-essential programs, even if they have a “low” startup impact.

Of course, it is acceptable to leave a high impact program on if it is one that you would launch immediately anyway.

As with all the startup programs clogging up your boot times, there could also be different programs running in the background. Again, this could be software that you installed yourself and then never really used, pre-installed bloatware, or programs that got installed along with some other software.

Luckily, these are fairly easy to get rid of, albeit it can be a tedious and slow process if there is a lot of trash to clean up.

Here, you can see every program currently installed on your computer, along with other information, including how much space it occupies on your HDD/SSD. From here, getting rid of the unwanted software is easy:

It is a good idea to get rid of everything you don’t really use, and that is unlikely to come in handy at any point down the road. Not only will you slightly speed up your system, but you might also end up freeing up quite an amount of space.

NOTE: You should be careful not to delete any important programs, such as software related to your GPU drivers and the like. If you come across a program, and you are not sure what it is, a quick Google search will let you know whether it is important or not.

Clean Up The Registry

Another thing that can bog down your computer’s speed over time is all the junk that accumulates in the registry. It is not as relevant as cleaning up the startup list or the unnecessary programs, but it is still something that should be done to keep your PC operating smoothly.

Unfortunately, Windows doesn’t have an automatic registry cleaning utility. As such, you would have to clean the registry manually if you don’t want to use third-party software. On the bright side, there are numerous free registry cleaners out there, the most popular being CCleaner.

CCleaner comes with a plethora of useful features, although some are locked unless you buy the full program. For the purposes of the simple registry and junk file cleaning, however, the free version will be more than sufficient.

Next up is defragmentation, something that is very relevant for your hard drive’s health and efficiency. So, what is it, exactly?

It all comes down to the way that an HDD itself functions. The disk spins, and the head mounted on the arm writes and reads data as the disk is spinning under it.

This ultimately leads to individual files being split into multiple pieces on the drive, and it mostly happens when there is a lot of reading and writing involved. That is what’s called fragmentation, and it is quite obvious as to how it can negatively impact an HDD’s speed.

What the defragmentation process does is it takes all that fragmented data and organizes it properly. Defragmenting your HDD regularly can prolong its lifespan and lead to overall better performance, and it’s as easy as making a couple of clicks in a built-in Windows utility.

As you can see, it shows all the partitions that currently exist on your HDD.

Note that the defragmentation process might take quite a while to complete, especially if the percentage is in double digits. However, it shouldn’t impact performance too much while it’s active and you can always stop the process and continue it later at any point.

Furthermore, note that solid-state storage such as SSDs, memory cards, flash drives, etc. do not need to be defragmented.

The Internet is not a safe place. This was not the case in the ’90s and certainly is not the case today. All sorts of unwanted software can find its way onto your PC and wreak havoc on the system. These include viruses, spyware, adware, Trojans, and many other types of files that are known collectively as malware.

Now, there are many anti-malware programs to choose from. Commonly, they’re referred to as anti-virus programs but are often much more than that. They can scan your system and eliminate threats, block online threats from affecting your computer, encrypt your data, and more.

The number and type of functions vary from program to program, but the most important division is, of course, between the free ones and paid ones.

However, the advantages and disadvantages of individual programs are a subject so elaborate that it would require its own article. But when it comes to the free/paid differences, what tends to be “locked out” of free versions of an anti-malware program are the more advanced features and real-time protection.

The free program that we would recommend for cleaning out unwanted software is Malwarebytes Anti-Malware, as it has proven to be extremely thorough in the elimination of existing threats. However, there are also alternatives, such as:

Unfortunately, however, you can’t expect top-notch real-time protection unless you buy and potentially pay a subscription for the more advanced programs by Norton, Kaspersky, or McAfee.

For now, stick to Malwarebytes Anti-Malware because, as said above, it is the best free program when it comes to eliminating existing infections. Both the installation and scanning processes are rather simple, and the program itself will walk you through the process.

When all else fails, there’s nothing quite like starting with a blank slate. For some, reinstalling Windows might seem like a difficult challenge, but it is actually quite quick and straightforward. So, how would you go about it?

Before starting with the system reinstall itself, make sure to back up all important files and documents that you might have. You can move them to external storage, upload them to cloud storage, but it is usually much easier just to put them on the D: partition.

You need to select the Boot tab, and then you will see a list of boot devices i.e., devices from which the computer will attempt to boot up the OS first. Set your optical drive or your USB drive as the primary boot device, then exit the BIOS and choose to save the changes when prompted.

Here, you need to select your current system partition, which is the first partition after the system reserved one(s). After selecting that partition, the Format option will become available.

Have you went as far as making a clean Windows 10 install, and your PC is still moving at a snail’s pace? Well, in that case, we have some bad news: you are having problems with the hardware.

Most of the time, digital technology is easy to troubleshoot because it either works or does not work. That makes it rather simple to pinpoint the root of a problem, but from time to time, certain pieces of hardware can see a great performance dip long before they stop functioning altogether.

Ultimately, if you wish to speed up your system overall, you should prioritize getting an SSD. Furthermore, make sure you have at least 8 GB of RAM if you’re running a 64-bit version of Windows 10, and also consider upgrading any outdated hardware that is below the recommended specifications for running Windows 10.

That would be all the major aspects that you need to consider when it comes to getting your computer running as smoothly as it was when you first got it.

If you want to check out some extra tricks to speed up your PC, have a look at the video below. However, most of those are not as important unless you own a somewhat dated CPU and need every possible boost you can get. 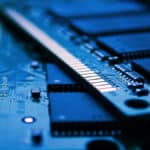 What RAM Is Compatible With My System?
Related Topics Tags