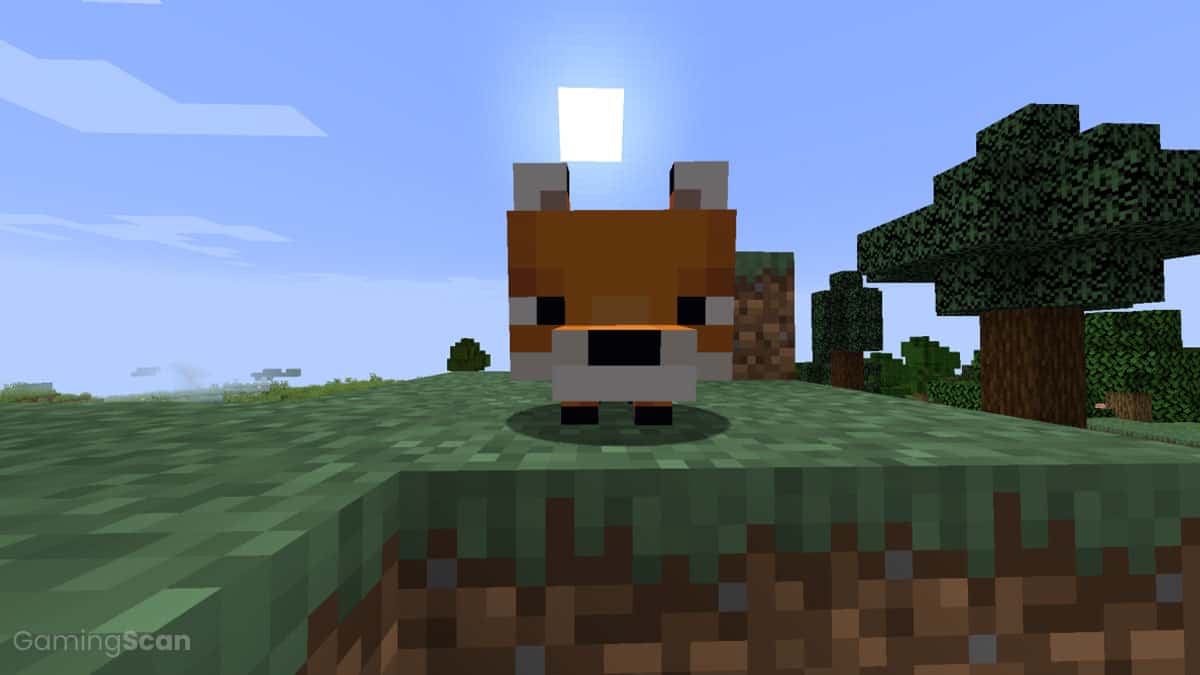 Are you looking to tame a fox in Minecraft?

Foxes are one of the more challenging passive mobs to try and befriend, so we’ve put together this handy guide to show you how to tame a fox in Minecraft.

We’ll also be covering where to find foxes in Minecraft and offer up tips for building an army of cute fluffy-tailed foxes to keep around your base.

Related:How To Use Minecraft ForgeHow To Get Rid Of Water In MinecraftHow To Set Up Multiplayer in Minecraft (PC)

Where To Find Foxes In Minecraft

Since Minecraft foxes are nocturnal animals, your best chances of finding one are at night when it’s dark out. This can make things a lot more challenging since you’re likely to encounter more dangerous mobs at night as well. We recommend bringing some torches and a weapon to defend yourself just in case.

Foxes will spawn in the taiga, giant tree taiga, and snow taiga biomes during nighttime in forest areas. In snowy biomes, foxes will have white fur instead of their usual red/orange hue. They typically spawn in groups of 2-4 with a 5% chance of spawning as a baby cub.

How To Tame A Fox In Minecraft

Unfortunately, taming a fox isn’t as simple as walking up to one and asking it to be your pet. They are naturally quite skittish and will run away if you approach them aggressively. The best way to tame a fox is to slowly walk up to them and offer some Sweet Berry.

Foxes just so happen to love Sweet Berries, and feeding them some will cause little hearts to appear over their heads, indicating their approval. In most cases, four or five Sweet Berries should be enough to convince even the most unruly fox to join you.

If you manage to find and tame two foxes near one another, there’s a chance they’ll produce baby foxes through breeding. Moreover, tamed foxes will sometimes come up to you bearing gifts they picked up in their mouths, usually feathers.

How To Build An Army of Foxes In Minecraft

If you want to build an army of foxes in Minecraft, then your best bet is to breed them using two already tamed foxes rather than trying to catch multiple ones. This is because the offspring of two tamed foxes will automatically be tamed upon spawning.

You’ll want to make sure the original pair and any cubs they produce are properly housed using fencing in order to prevent them from scampering off at sunrise. Remember that fox cubs will typically follow their parents around instead of you.

Once fully grown, tamed foxes will attack any enemy who tries to harm you. This means that with enough time and patience, you can eventually build yourself an army of fluffy-tailed warriors willing to risk their lives for you.