The original iPhone SE was a remarkable product, and for several reasons. Most obviously, it was the first budget iPhone that Apple ever made and it brought near flagship-level performance to a mid-range device.

Well, near flagship-level if we’re talking about 2016 flagships. The iPhone SE turned two years old in March this year, and its performance and overall appeal have diminished since it cannot quite keep up with modern devices, neither in terms of performance nor aesthetics.

Now, the time is ripe for the launch of an iPhone SE 2 (or iPhone SE 2018, as it might end up being called), with many speculating that it could be unveiled in a matter of weeks at WWDC 2018. However, many questionable rumors and unreliable leaks are circling around, so is there merit to any of them? 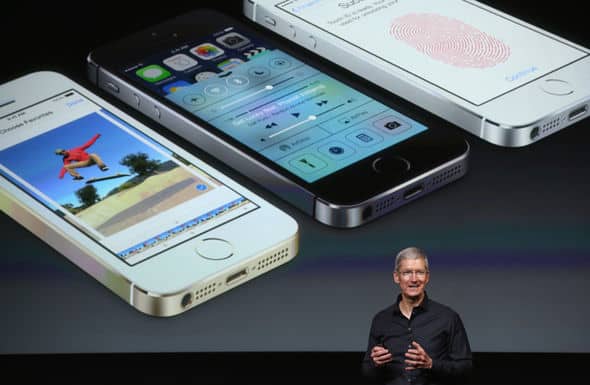 The iPhone SE 2 could launch in either June or in September this year.

The aforementioned WWDC 2018 takes place from the 4th to the 8th of June, and that just might be when the iPhone SE 2 launches. On the other hand, iPhones have traditionally always been released in September, starting with the iPhone 5 in 2012. The iPhone X and the original iPhone SE are the only two exceptions.

So, which will it be? We just can’t tell, but seeing as WDC 2018 is only two weeks away, we need only wait a bit longer for some concrete news.

What will the iPhone SE 2 look like? That’s one of the biggest questions regarding the upcoming phone.

In truth, there are several possibilities, although none of them have been confirmed. Here are the three most likely designs.

1. It might look the same, but with slight alterations 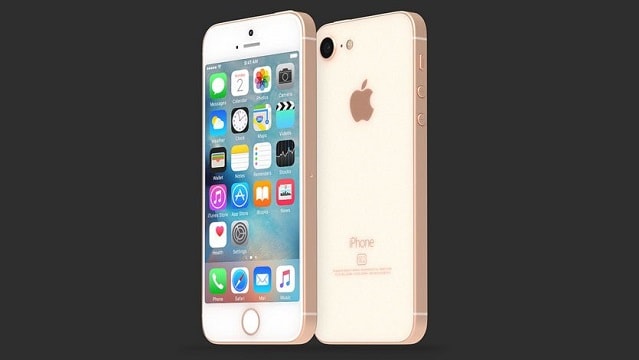 Some of the earlier leaks suggested that the iPhone SE 2 would only introduce a minor design update: a removal of the headphone jack and an addition of an all-glass back that would allow the phone to support wireless charging.

If you ask us, that is unlikely to be the case. The main point of the iPhone SE was for Apple to finally provide a good non-flagship phone that would be appealing to anyone on a tighter budget. However, many Android users scoffed at a diminutive 4-inch screen, and it is mostly the existing Apple fans who truly appreciated the SE.

As such, if it is to be truly successful, the successor of the iPhone SE needs to ditch the dated design of the iPhone 5 and move on. Yes, we know – we also love the 5’s classic design, but its time has passed. In order to keep up with the times, Apple needs to step up their game when it comes to their mid-range offering. Which brings us to… 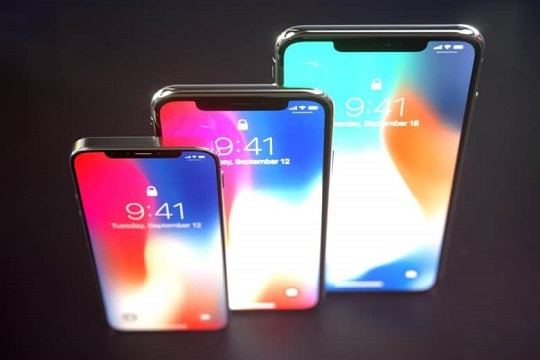 A far more popular opinion is that the iPhone SE 2 will borrow heavily from the iPhone X in terms of design and functionality. Keep in mind, the original SE was modeled after an old flagship and it’s that flagship’s recognizable design that made it appear as a high-end phone despite being a mid-range one.

With that in mind, it would be more than logical for the iPhone SE 2 to do the same this time around, but with the X’s design. Home buttons are becoming a thing of the past and bezel-less screens are the new goal. Therefore, we find it highly probable that the iPhone SE 2 will look like something of a budget iPhone X. 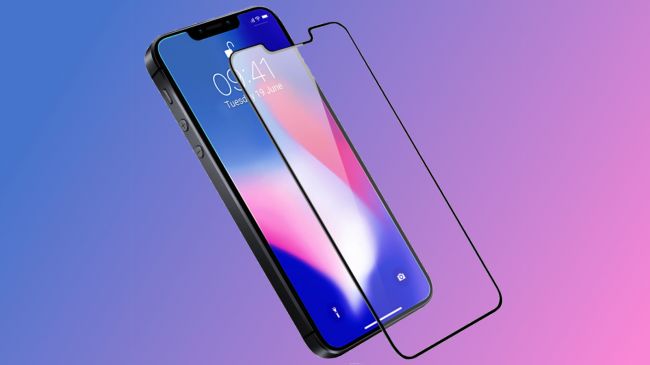 Despite being just a copy of the iPhone 5 design-wise, there’s just no denying that the iPhone SE has established its own reputation, becoming known as “the affordable iPhone” due to its compact, blocky frame. That’s something that Apple may want to maintain, so the new SE 2 might just keep that recognizable frame and just put a bezel-less display on the front.

We find this to be an equally likely scenario, perhaps even more likely than the SE 2 being a straight up toned-down version of the iPhone X. You can see an unofficial concept of what this phone might look like, made by EverythingApplePro

We’ve covered the exterior, but what about the interior? As a budget-friendly device, the iPhone SE has been forced to scrap some of the more advanced (and expensive) features of its flagship contemporaries. So, what features is the SE 2 likely to keep and which will it forego? 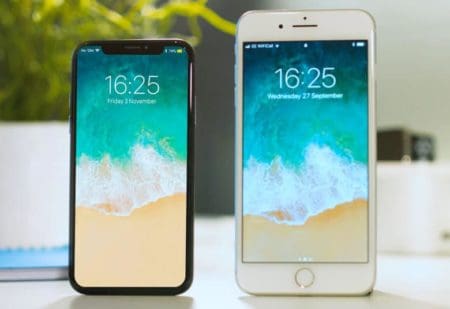 The iPhone X was the first iPhone to use an OLED display instead of an LCD one, so does this mean that the more affordable upcoming iPhones will also be coming with OLED displays?

Honestly, it seems highly unlikely. OLED panels are expensive and the supply is low as well, and what’s more, Apple being reliant on their main competitor for OLED panels doesn’t help the matter.

As for the screen size, there are rumors that the SE 2 might actually come in two variants: a compact 4-4.5 inch one akin to the original iPhone SE, as well as a larger 5-6 inch “phablet” version. Needless to say, this would be a good move on Apple’s part, primarily because 5-inch screens are pretty much a standard for modern smartphones. 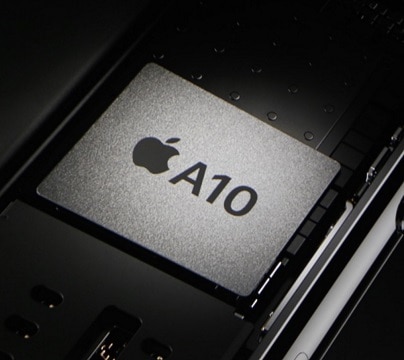 Currently, Apple has two CPUs that are used in up-to-date devices: the A10 Fusion and the A11 Bionic. The original iPhone SE uses the A9 chip, so an upgrade is a certainty, although the question remains: which of these two will it be?

Well, our money is on the A10. Those chips are far from outdated and the A11 chip is only significantly better when it comes to multi-tasking. Most importantly, let’s not forget that the iPhone SE 2 will be a mid-range device like its predecessor. As such, the cheaper option that doesn’t sacrifice much in terms of performance is the far more logical choice.

RAM has never been much of a factor to worry about in iPhones due to the superb optimization of iOS. The iPhone SE had 2GB of RAM, and so do the iPhones 7 and 8. For now, a higher 3GB RAM capacity is reserved for the Plus variants and the iPhone X. Again, considering that the SE 2 will be a budget-friendly phone, we are inclined to believe that it will stick with 2GB for now. 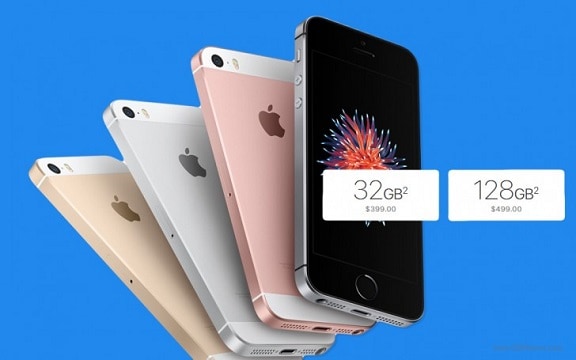 And finally, the storage. Up until recently, 16 GB was the common minimum storage capacity for smartphones but the bar has now been raised to 32 GB. While Apple has raised this bar all the way up to 64 GB for their current flagship devices, it is safe to assume that the new SE 2 will remain at the lower starting point because once again: budget-friendly device.

We cannot be certain about the maximum capacity that the new phone will offer, as it could include 64, 128, and 256 GB variants. Even though Apple doesn’t offer the 128 GB option in their current flagships, the SE might end up being exempt from this.

How Will You Unlock It – Touch ID or Face ID? 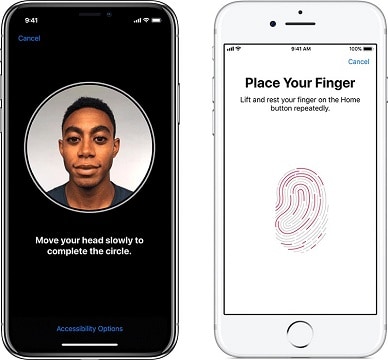 One of the many controversies surrounding the iPhone X was the exclusion of a Touch ID sensor in favor of the new Face ID. So, if the iPhone SE 2 indeed ends up being modeled after the iPhone X, will it also end up scrapping the fingerprint sensor?

Well, at this point, we really can’t tell. The deciding factor will most likely be the pricing and whether Face ID can be crammed into an affordable package.

But assuming that they can’t and that the iPhone SE 2 comes without a home button, where would the fingerprint sensor be placed? Well, there are two options:

In the end, we can only wait and see if Face ID can be made affordable enough to be a viable feature for a non-flagship device. If not, then the SE 2 will still be rolling out with good old Touch ID.

Will It Have a Headphone Jack? 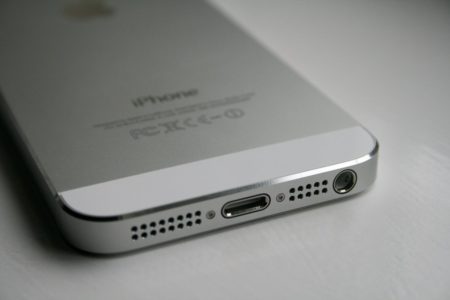 Of course, how can we not mention the headphone jack whose removal everyone just loves to bash Apple for. If you’re hoping for it to return in the iPhone SE 2, don’t hold your breath, as it is extremely unlikely to happen.

Three generations of iPhones have been jack-free, so there’s no reason for that to change now. Removing the headphone jack in order to push for a wireless future was a controversial move in itself, so going back on that decision after such a long time wouldn’t exactly look good.

On top of that, many Android phone manufacturers (including Google) have followed in Apple’s footsteps and are now getting rid of the headphone jack as well, so it’s only a matter of time before it, along with the rest of its analog brethren, becomes completely obsolete.

All in all, Apple has always provided a free adapter, so unless you’re an audiophile who only partakes in lossless music via a $500 pair of headphones, you won’t even notice the difference between an analog and a digital connection.

Will It Support Wireless Charging? 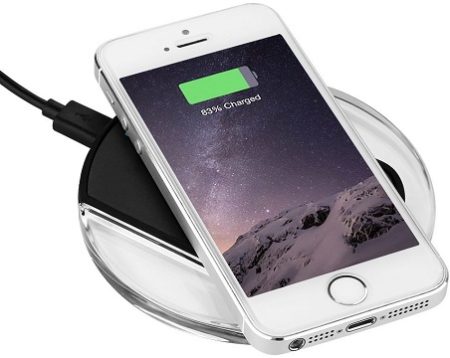 There’s a very high chance that the iPhone SE 2 will indeed sport a glass back so as to be compatible with the Qi wireless charging standard. As mentioned above, Apple is pushing for a completely wireless future, and that doesn’t mean just headphones, but chargers as well.

With the iPhones 8, 8 Plus, and X all supporting Qi wireless charging, it’s unlikely that the SE 2 will be an exception.

The original iPhone SE is currently available in two variants: a 32 GB version that costs $349 and a 128GB version that is a bit more expensive, sitting at $449.

Now, the question remains: will this pricing stay the same or will we see some changes?

Well, this all depends on what the iPhone SE 2 turns out to be and what features it ends up implementing. Given that it is a mid-range device, it should stay in the $300-$500 price range, although we can’t be certain of the final pricing before it’s actually announced.

As you can see, this is all mostly speculation since there is still nothing but sketchy rumors and questionable leaks to go on, but be sure to check back in two weeks after WWDC 2018 is over since we will probably have some more substantial information then!