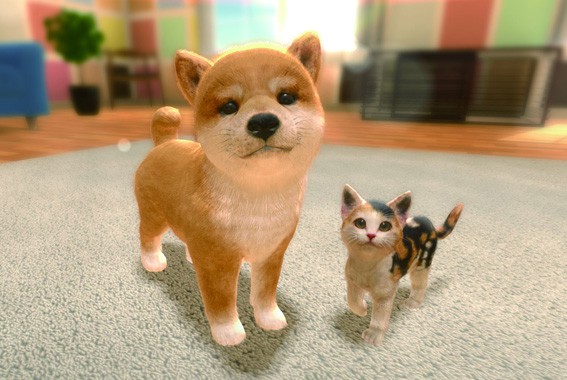 It’s been nearly a decade since we’ve gotten a new Nintendogs game, with Nintendogs + Cats releasing for the 3DS way back in 2011. And while not that many developers seem keen to fill the big and frankly chewed-up shoes of Nintendo’s pet simulator, we were destined to see a new contender throw their hat in the race.

Enter in Little Friends: Dogs & Cats, a new virtual pet simulator available exclusively for Nintendo Switch. The game may not have gotten much coverage leading up to its release, but stands out at a time when Big N can’t be bothered to make a new pet sim.

Boasting the option to care for both dogs and cats, including six canine and three feline breeds, Little Friends has the potential of catering to an audience of pet-loving gamers that have been neglected for far too long.

And while the pet sim manages to hit a few high notes, it ultimately falls into many of the same trappings of its predecessors, while also struggling to get past some of its own. In this review, I’ll be evaluating the game’s overall quality and content offerings to help you decide whether it’s worth your time and money. 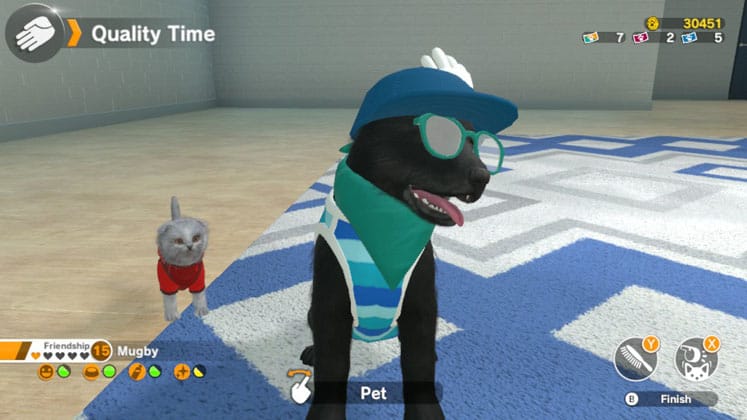 Little Friends takes an evident Nintendogs-inspired approach when it comes to visuals, providing every one of its many fuzzy creatures with realistically-textured models.

While I can appreciate the sentiment, the result is sort of a mixed bag, with the game frequently fluctuating between looking absolutely adorable or genuinely unsettling. This can be associated with the fact that some of the dogs, and practically every cat in the game, has a lifeless expression on their face.

To mitigate this, I recommend tossing a pair of sunglasses onto your pet’s face as soon as possible.

Jokes aside, the game simply does not represent the otherwise cute and cuddly animals as best as it should. There’s also the issue of stuttering and animation delays when interacting with your pets.

Sometimes you’ll throw a Frisbee only to see your German shepherd puppy’s body distort as they leap into the air to try and catch it before it lands. Other times you’ll toss a ball across the room and watch as your French bulldog dashes across the room before stopping dead in their tracks and awkwardly bend down to grip it with their mouth.

For a genre that’s almost entirely established on replicating real-life interactions with pets, Little Friends seems to go out of its way to break any sense of immersion. 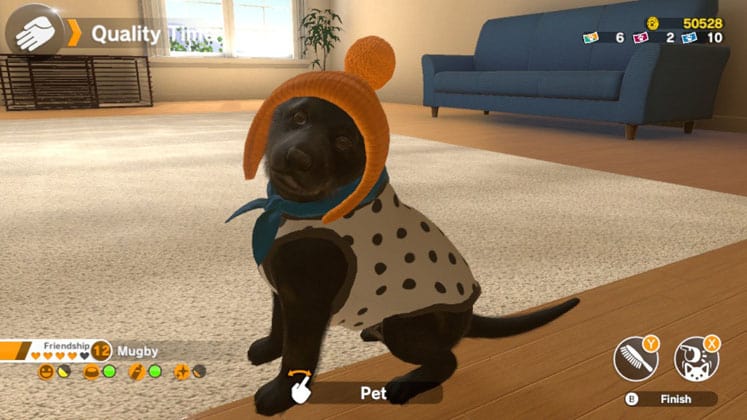 Little Friends doesn’t feature a story mode and instead emphasizes creating your own experiences with your pets. This is done through a variety of in-game events and activities that, in return, reward you with new accessories in your shop and special tickets for updating the appearance of your home’s walls, flooring, and furniture.

However, the game does provide you with backstories for each animal before adopting them, making it a lot easier to figure out their quirks, what foods they like, what toys they prefer, etc. 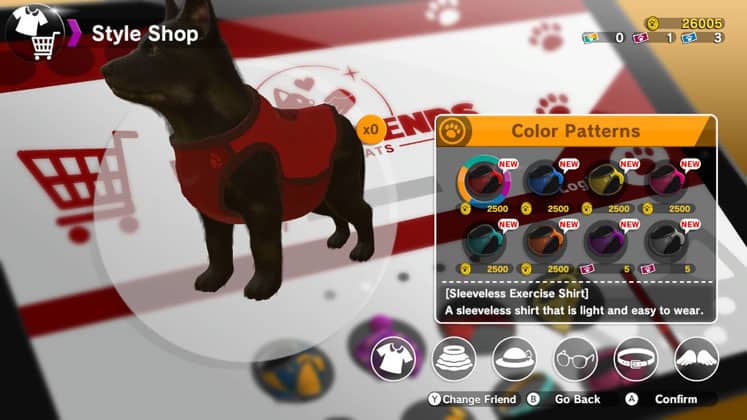 Despite its numerous flaws, Little Friends still manages to provide some semblance of joy through its wide selection of clothing and accessories, of which there are over 600 items available via an in-game shop.

The game’s also not stingy when it comes to giving out coins and tickets, with practically every activity rewarding you with something. I often found myself racing to the shop after participating in a competition or taking my dog for a nice walk just to see if a fresh new collar, sweater, toy, etc. had become available. 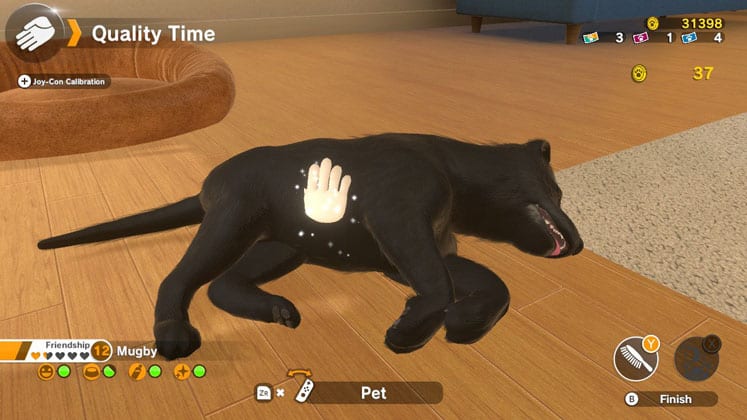 And when you’re not dressing up your little pals, you’re completing a variety of less-flashy but equally important tasks for maintaining your pet, including making sure they’re fed, brushed, trained, exercised, and that their bathroom is clean.

I enjoyed the inclusion of these simple but addictive tasks and only wished they drained more frequently as I would often find myself with nothing to do. 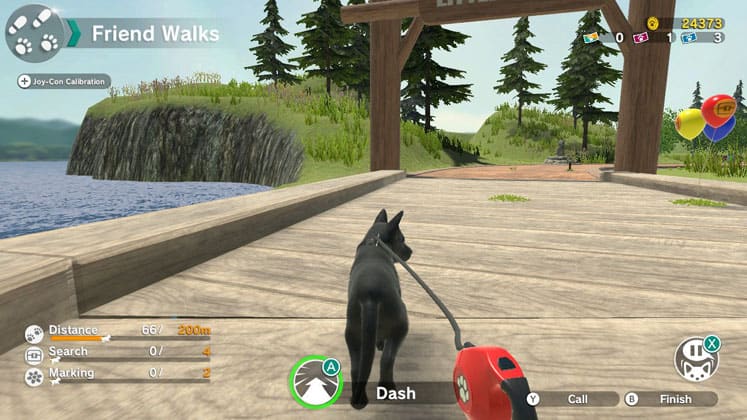 This is where the extracurricular activities come into play, as you can take your pets for a walk (dog only), play with a Frisbee (dog only), and participate in competitions (dog only).

Each of these adds a bit of spice and variety to the game but unfortunately starts to feel repetitive after a just couple goes. As a real-life cat owner, I also felt let down by the game’s lack of feline-centric activity offerings. 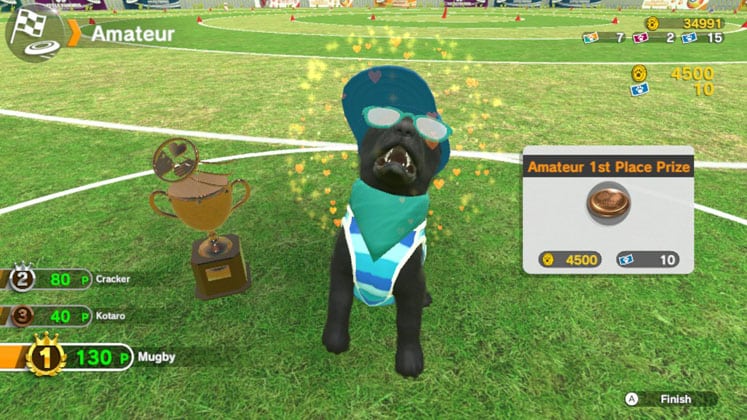 Releasing for a niche audience that’s long been neglected, you’d think Little Friends would be a no-brainer Switch exclusive. However, the game’s lack of polish and stripped-down features make it feel like a step backward for pet simulators instead of a much-needed push forward.

In the game’s defense, it never sets out to achieve anything novel or provide anything more than a decent virtual pet sim for casual gamers. I think in this respect it delivers on its promise; however I like games to provide me with a bit more challenge and variety to chew on, rather than digging up the same old bone.[/vc_column_text][/vc_column][/vc_row][vc_row type=”in_container” full_screen_row_position=”middle” scene_position=”center” text_color=”dark” text_align=”left” top_padding=”-10″ class=”proscons” overlay_strength=”0.3″ shape_divider_position=”bottom”][vc_column column_padding=”no-extra-padding” column_padding_position=”all” background_color=”#31c400″ background_color_opacity=”1″ background_color_hover=”#545454″ background_hover_color_opacity=”1″ font_color=”#ffffff” column_shadow=”none” column_border_radius=”none” top_margin=”15″ el_class=”proscons_green” width=”1/2″ tablet_text_alignment=”default” phone_text_alignment=”default” column_border_width=”none” column_border_color=”#0a0a0a” column_border_style=”solid”][fancy-ul icon_type=”standard_dash” color=”Extra-Color-2″ alignment=”left”]