While he’s often overlooked in favor of his shorter, more heroic brother, Luigi has proved time and time again his ability to rise to the occassion and save the day; even if it means quivering with fear while doing so. 2001’s Luigi’s Mansion saw the lanky plumber saving Mario and defeating King Boo; in Dark Moon, he was tasked with restoring peace to Evershade Valley; now in 2019, Luigi is gearing up to go on his biggest and spookiest adventure yet in Luigi’s Mansion 3.

Given it’s been six years since the most recent entry, fans of the series are excited to see where Luigi’s latest misadventures end up taking him. So we’re here to cover everything you need to know about the upcoming Nintendo title and highlight its new features. We’ll be updating this story in the future, so make sure to check back.

Luigi’s Mansion 3 is scheduled to release on October 31, 2019, exclusively for the Nintendo Switch.

Nintendo announced the game was in development in 2018 and would be releasing sometime the following year. We wouldn’t receive another update until E3 2019, where a new trailer was shown highlighting the game’s story, new mechanics, and multiplayer. 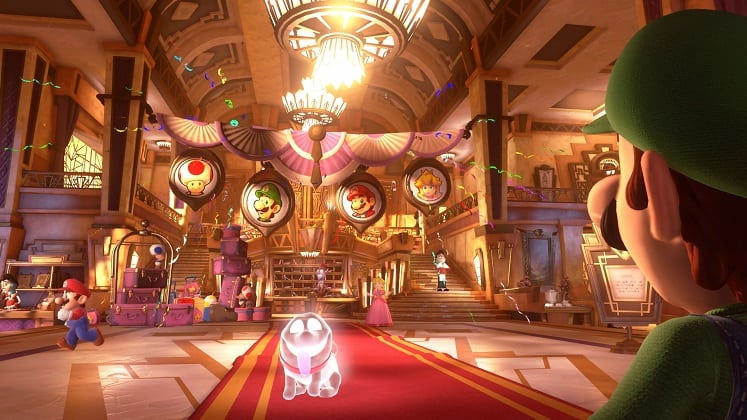 The new trailer outlines a lot of major story details that were previously speculated about. First things first, yes Luigi is back in a mansion; only this time it’s a sprawling hotel called the Last Resort and has multiple floors, each with its separate theme and mini-boss. So far, we know of a pyramid setting called “Tomb Suites”, the disco-themed “Dance Hall”, and a haunted pirate-themed restaurant cleverly named “The Spectral Catch”.

Luigi isn’t by himself this time around, with Mario, Peach, Luigi’s pet Polterpup, and a couple of Toads tagging along for what should have been a relaxing vacation together. However, things quickly take a turn for the worst when Luigi awakes from a nap to find everyone has disappeared and the hotel is now brimming with spooky ghosts. 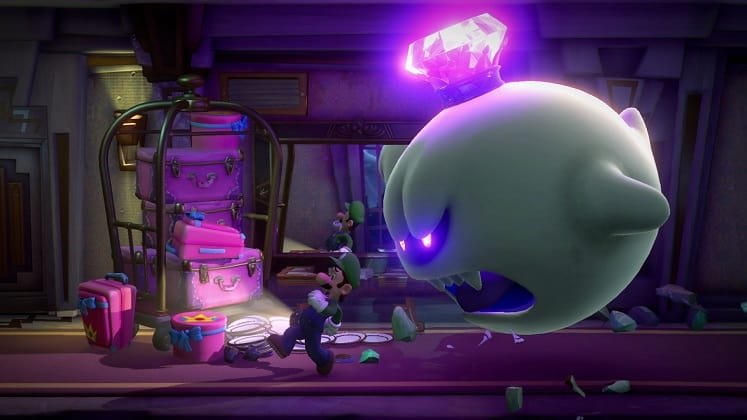 Equipped with his newly-updated Poltergust G-00, Luigi sets out to save his friends and find out who’s been pulling the strings. While we haven’t gotten a confirmation as to who the main villain is, previous entries have maintained King Boo as the preferred evil-doer.

In the trailer, we’re given a brief glimpse of KB chasing Luigi down a hallway and an exterior shot where a large purple gem can be seen resting near the hotel’s roof. This gem appears to be the same one King Boo wears on his crown, making him the likeliest suspect.  He may be found a way to harness the gem’s power to make the hotel’s ghosts more aggressive and kidnap Luigi’s friends.

We also know Professor E. Gadd will be returning to help Luigi on his journey and provide him with new gadgets.

Luigi’s Mansion 3 Gameplay – What Could Be Changed? 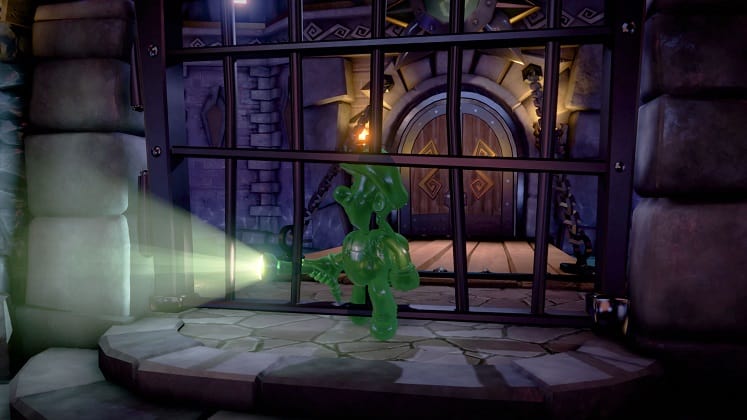 Luigi’s Mansion 3 will ditch the more linear structure of past entries and give players more freedom to explore the hotel’s different environments; this leads us to believe it may play more like a Metroidvania. Furthermore, we may see a greater emphasis on equipment upgrades over traditional mission progression. After all, that Luigi’s new Poltergust G-oo is confirmed to have a host of new abilities designed to help him deal with different enemies.

Here’s a list of all the ones currently known:

While these new powers will prove useful when battling ghosts, they can also help Luigi reach new areas and find hidden items. This will no doubt lead to interesting puzzle designs we haven’t seen in any of the previous games. 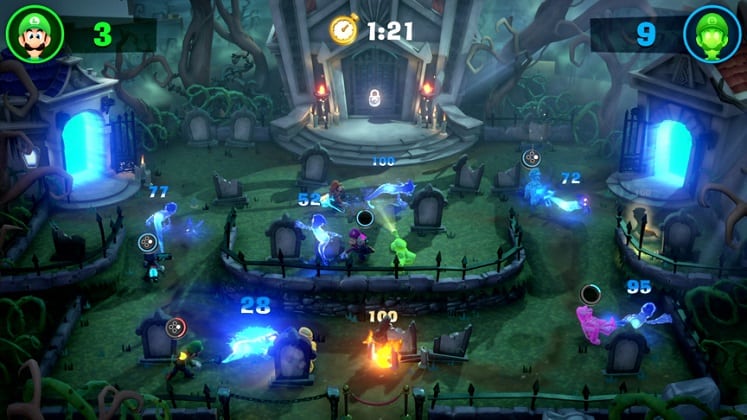 Luigi’s Mansion 3‘s will include a variety of online and local multiplayer modes. The main story mode will support local 2-player co-op, with one player controlling Luigi and the other controlling Gooigi.

ScareScraper mode is a brand new 8-player co-op challenge that can be played both locally and online; in it, players work together to catch ghosts and locate Toads in a large skyscraper before time runs out, with the difficulty increasing as players reach higher levels.

ScreamPark is a Party Mode where 2-8 players battle to win a series of mini-games. One sees both teams competing to defeat the most ghosts, another collecting the most coins, and a third to hit the most targets. Each activity will utilize Luigi’s new abilities in different ways and encourage teamwork. 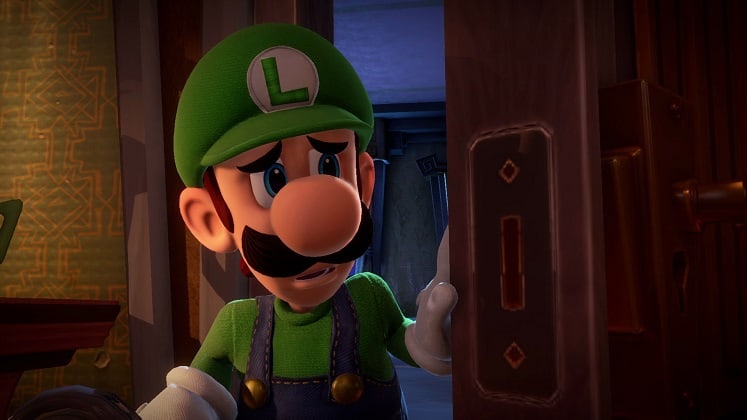 Although Luigi may not have as many accolades as this older brother, the neurotic underdog can hold his own in a fight. Luigi’s Mansion 3 will see the character stepping out of Mario’s shadow to conquer his fears once more and put an end to King Boo’s nefarious plans.

Given this will be Luigi’s first solo debut on Switch, it’s nice to see Nintendo expand upon the series and add much more content beyond the story mode. Get ready for the next chapter in Luigi’s haunted misadventures when Luigi’s Mansion 3 launches on Halloween.

If you’re excited for Luigi’s Mansion 3 and want to learn about other upcoming Switch titles, check out our list of the Best Upcoming Switch Games.